The weatherman said it was going to be wet and windy today, and he was right. We left it till 10:00 this morning, waiting for a passing shower to ease, then set off. 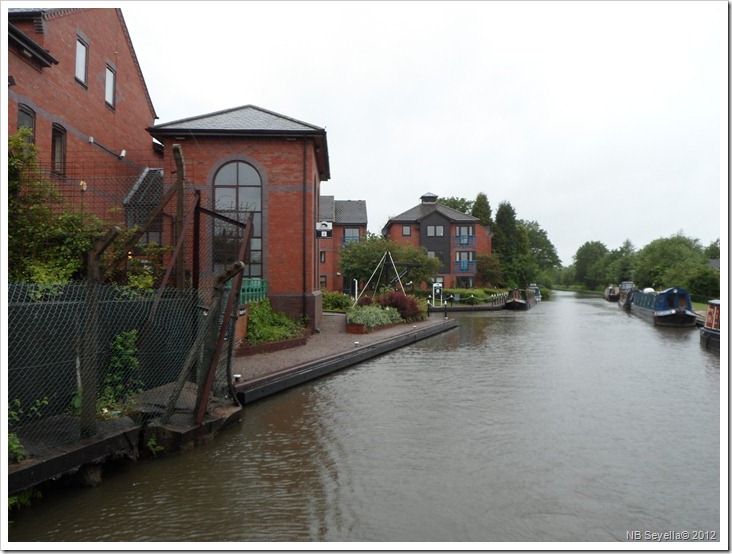 The wharf was built for a local colliery, but is now a smart new residential development.

Just around the corner we kept left, moving off the Birmingham and Fazeley and back onto the Coventry Canal. 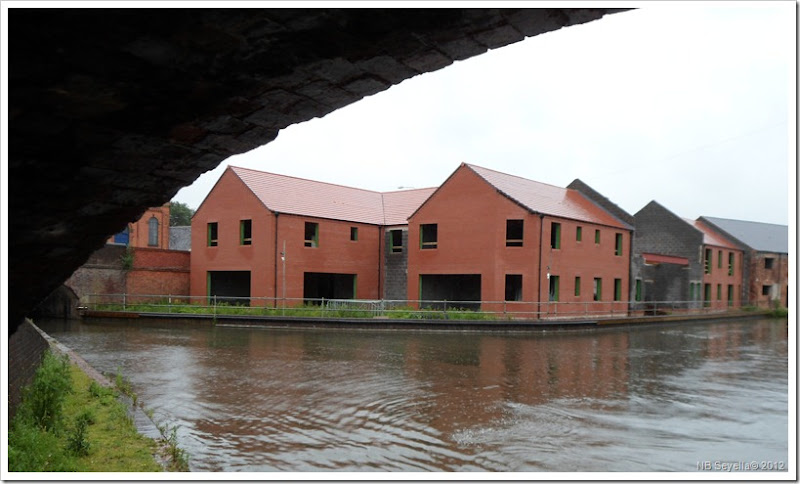 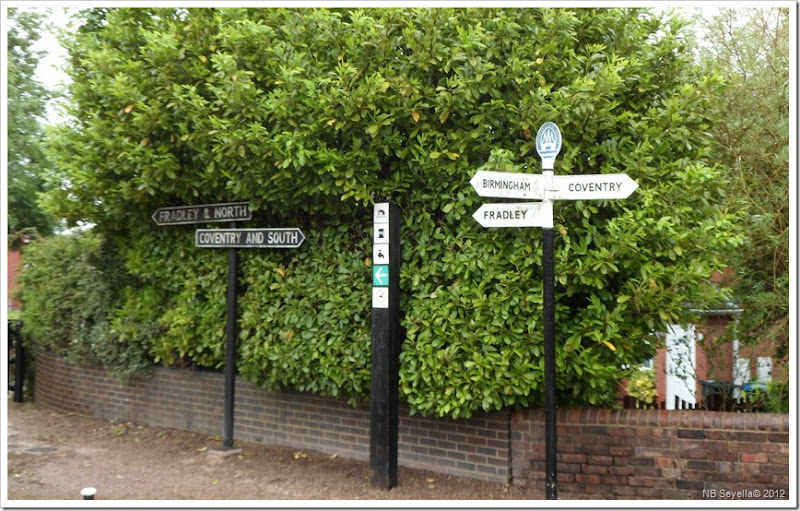 After all the recent rain the River Tame was running quite high as we crossed over the aqueduct. I’d taken Meg for a walk this morning, dropping down to cross the meadow on the left of the picture. When the water topped my boots and reached Meg’s belly we decided to turn around….

Glascote Locks are the first going up again since the top of the Red Bull Locks at Harecastle. Just two here but there’s often a queue, they’re slow to fill compared to the Trent and Mersey locks. We did well, both were empty, a boat waiting at the second opened the gates ready for us. 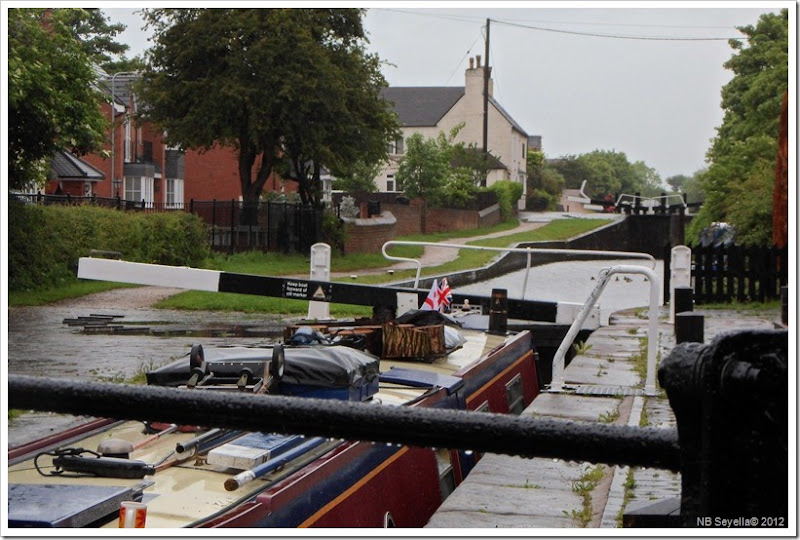 Tamworth doesn’t seem to have made much of the canal, there are none of the waterside factories and mills to be seen in other towns. It’s mostly residential properties that line both sides of the two miles of built-up area.
Leaving the town at Bridge 63, there’s a short rural section before Alvecote, where there’s a marina, boatyard and the Samuel Barlow pub. 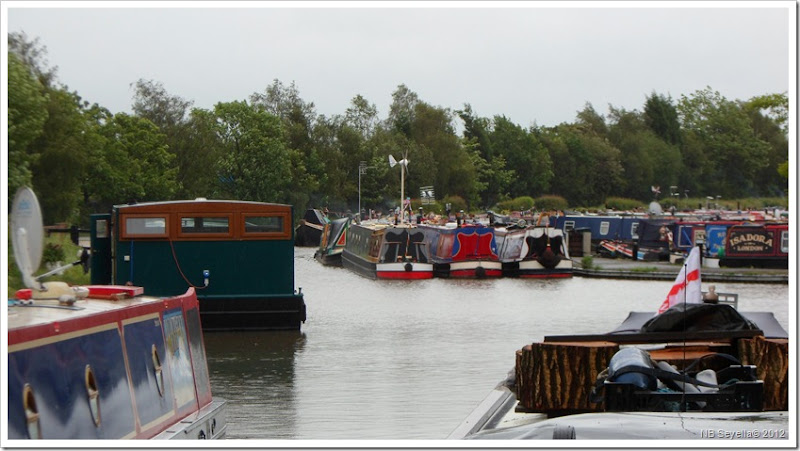 There’s a boat rally here this weekend, for owners of boats with Russel Newbery engines.
Not all are old boats, the engine manufacturer is still going, producing traditional slow revving motors for narrowboats and other craft.

Fine boats at the rally, the Samuel Barlow on the right 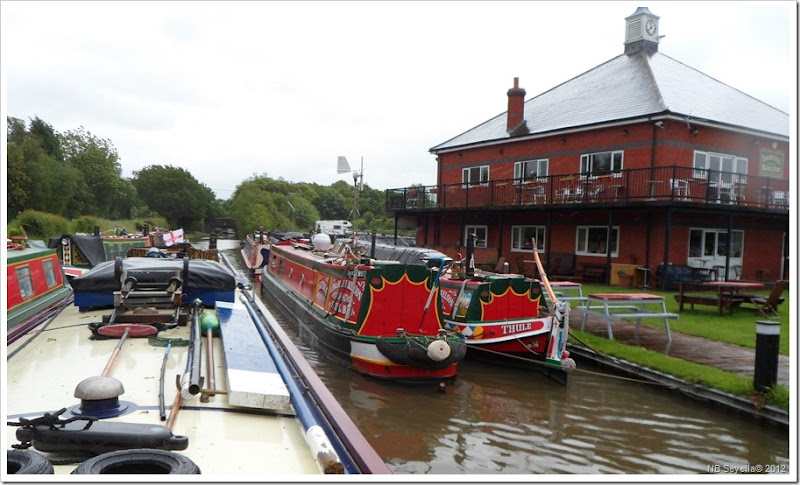 Between Alvecote and Polesworth is a pleasant wooded section, difficult to imagine that an extensive colliery once dominated the landscape. Pooley Hall Colliery opened in 1897, although a shaft producing coal had been open since 1850. In 1951 it became part of the North Warwick Colliery when combined with the Amington and Tamworth pits. The whole lot closed in 1965 and is now the Pooley Country Park.

There are few clues left to it’s previous use, brick abutments from demolished bridges… 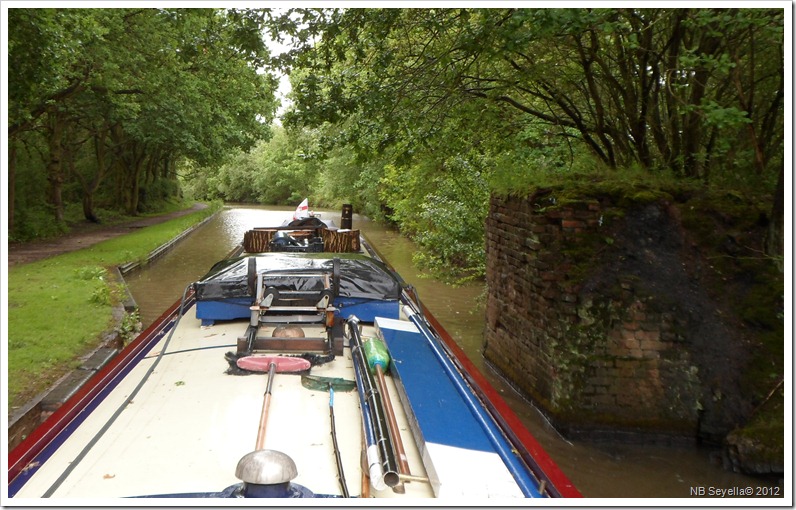 ….and a large spoil heap near the M42 crossing. 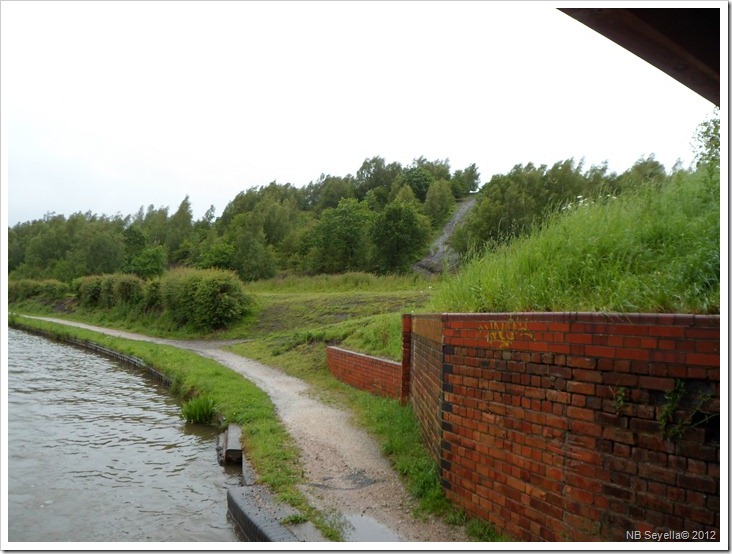 Nature soon takes back the land, with a little help. 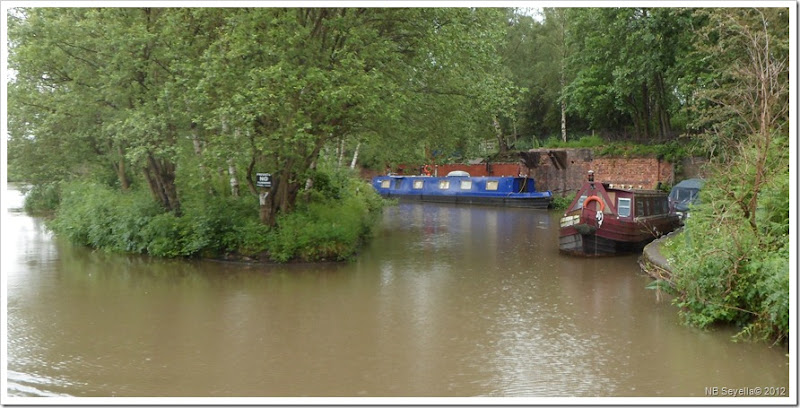 Polesworth is a useful stop, with a good range of shops, but the moorings on the east side of town are better if you want TV. A high bank on the right near Pooley Hall casts a transmission shadow, and it’s difficult to catch the “spot in the sky” through the trees for satellite TV. 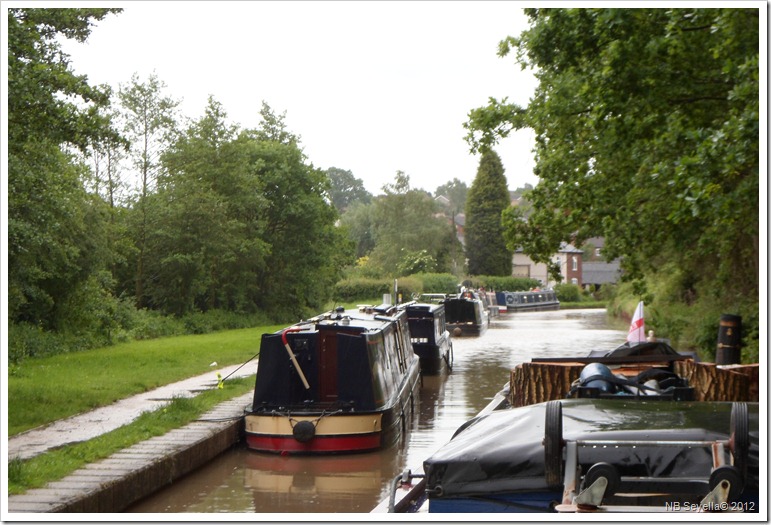 Although the wind was now picking up the rain stayed fairly light, so we decided to push on following Plan A, to moor between Locks 10 and 9 on the Atherstone Flight.

The industry around Polesworth spawned a boatyard at Grendon, and it’s still there and still looking after old working boats. 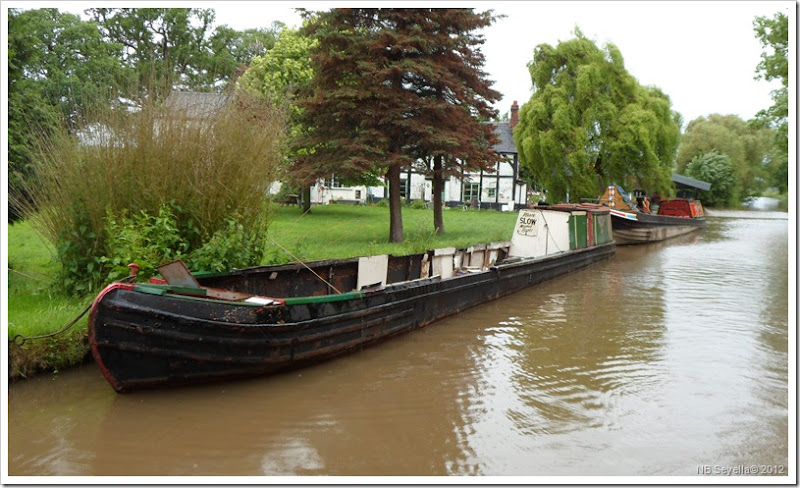 We used the facilities at Bradley Green Bridge, then headed up the first two locks towards Atherstone. 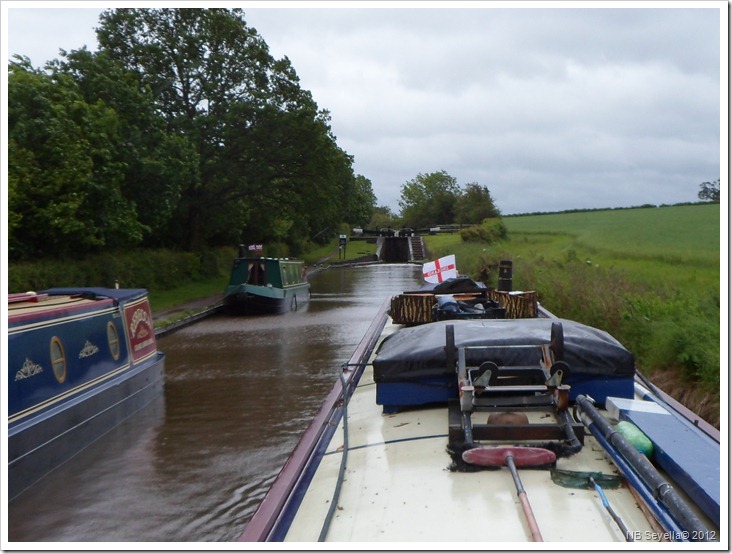 Even though the weather has been poor, it’s not been too bad. We’ve travelled in worse! There’s still been a few boats about. We’ll head up the rest of the locks tomorrow morning (could take some time), then look for somewhere to spend Sunday tied up.