Stocking up, and the perils of cheap electrical components...

We're back in  Ellesmere for the second time since my last post, we came in last weekend for a bit of shopping then went out to moor near the winding hole just a half mile away, then came back in again yesterday to meet Val and Johnny for the last time before we toddle off for the summer.

Sunny but cooler as we came into town yesterday. 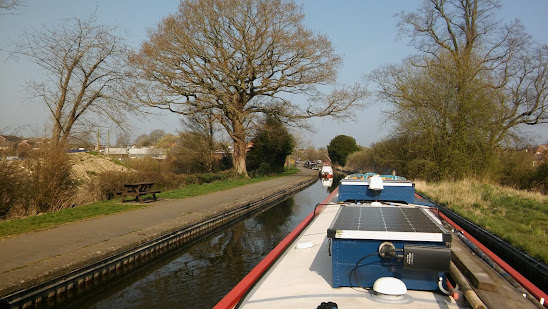 We'll be here for a couple of days; we've been spoilt with all this fine warm weather so we're going to wait out the chilly, damp conditions that are forecast for today and tomorrow. They're even talking about snow!

We got away without damage through storms Dudley and Eunice (although we had a close call...), but Storm Franklin wasn't so considerate. We heard a bang on the roof during the high winds,  I don't know what hit us but it was solid enough to shatter the glass on one of the smaller solar panels... 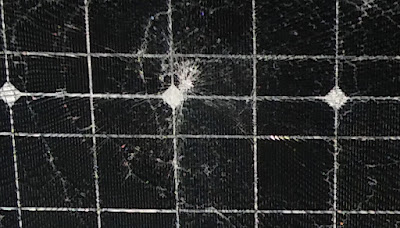 It was still generating electricity, but with the damage to the glass it would deteriorate quickly as dust got in the cracks.

And small splinters of glass were a danger too.

So I bought some two-part clear casting resin, mixed it up and flowed it over the surface. 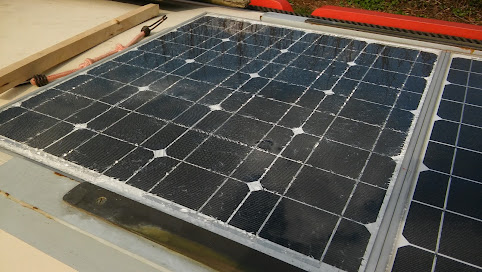 Apart from a couple of small fish-eyes the whole surface is now sealed without any noticeable drop in performance.

You remember I installed a solar dump to warm the domestic water a little while ago? Well, the fine weather gave it a work-out, it worked fine - for an hour or so. Then there was a burning smell... 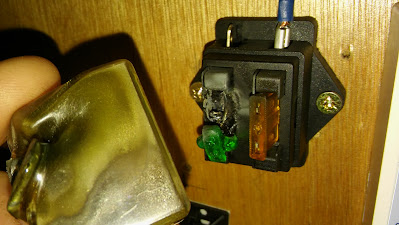 The cheap Ebay double fuse holder had melted on the load side, not blown the fuse, just melted the housing. So there must have been a high resistance in there somewhere. Now it's been replaced with a 30 amp screw-terminal midi fuse holder and a separate one for the 5 amp control side. 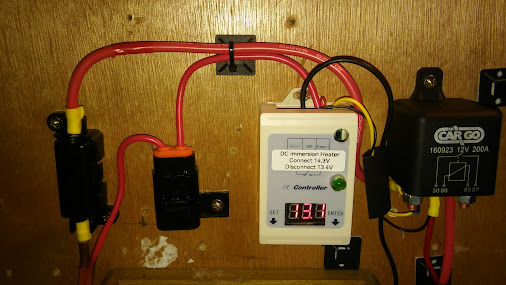 No chance of checking it out in anger for a few days though!

Posted by Geoff and Mags at 8:34 pm No comments:

Mags is sorted and we're moving on.

Well, Mags went through her Covid test and pre-op last Wednesday without problems. Although there was the usual problem with getting a blood sample - it took two nurses and a doctor and three-quarters of an hour to get enough to test. Mags reckons she's had it a long while and it's too precious to share...

Then Friday saw us back at the Royal Shrewsbury for her ERCP.

I picked her up again after the sedative had worn off, around mid-afternoon. All had gone swimmingly, old stent removed, new one installed and not a gall stone to be seen.

So that's done for another 6 months.

On Saturday morning the hire car went back, then I fired up the donk and we turned around to head off back towards Frankton, avoiding the canoes and paddle-boards milling around the winding hole. 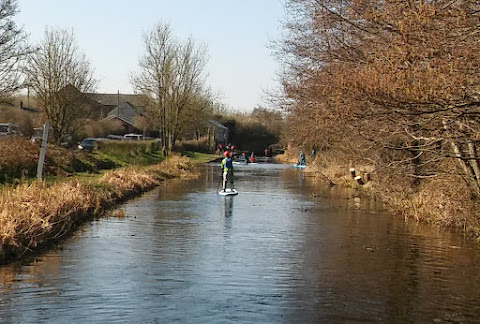 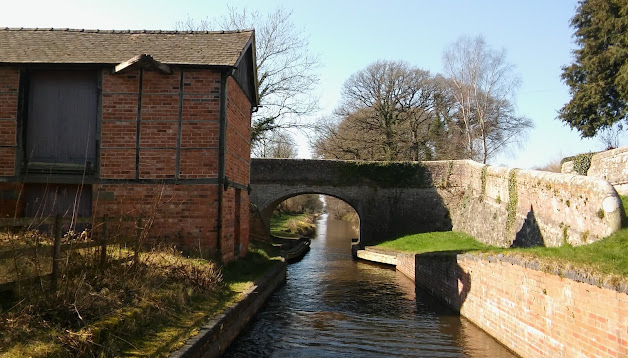 This would have been used to store loads in transit, maybe for onward carriage by road. Just around the corner is Rednall Basin, now silted up and with the access swing bridge fixed closed, but once a transhipment point between canal and railway.

Good but tight mooring at the entrance to the basin. 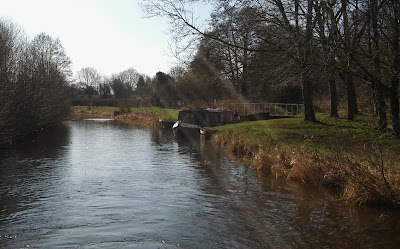 From here to Graham Palmer Lock considerable effort and expense went into getting the canal navigable again. In 1936 the stone aqueduct carrying the canal over the River Perry failed, leading to the canal being abandoned. The subsequent dereliction required a huge amount of effort, both physically and politically, to correct. The physical was solved by building Graham Palmer Lock to lower the water levels and using wire gabions to reinforce the banks, the political by agreeing to limit the number and speed of boats using the navigation to protect the fauna and flora that had colonised the disused waterway. 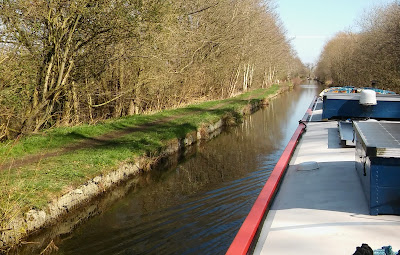 We went up the foot-deep Graham Palmer Lock, around the corner and reversed into the short arm that was once the start of the Weston Branch, intended to join the Severn at Shrewsbury but ultimately only getting as far as Weston Lullingfields. The Branch closed in 1919, following another breach.

Moored on the Weston Arm. 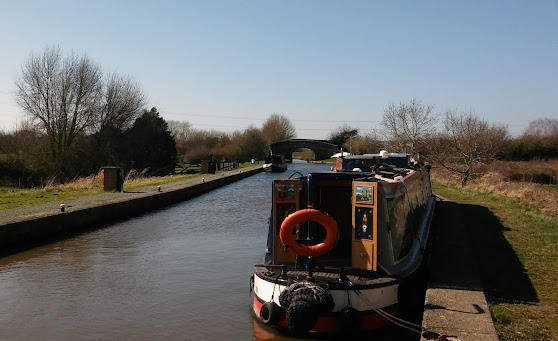 Although the building housing the services here looks decidedly ramshackle, the actual facilities are some of the best around! Clean, well maintained and even a suggestion board for comments, all of which were positive.

We had yesterday off, I had several logs to slice up and a few other odds and ends to sort out, then in the afternoon we pushed across the channel to fill with water and dispose of rubbish and recycling, before heading off around the corner to moor for the night below Frankton Locks.

At nine this morning the lockie was unchaining the padlocks on the bottom lock (supervised passage, pre-booked only,) and we were able to go straight up. 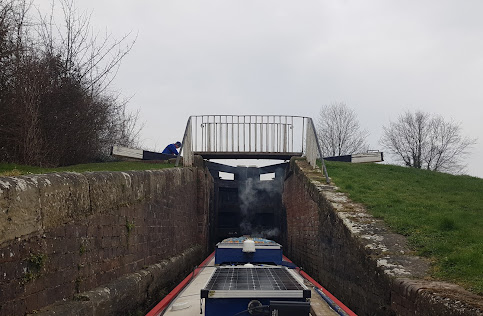 Back out onto the Llangollen. 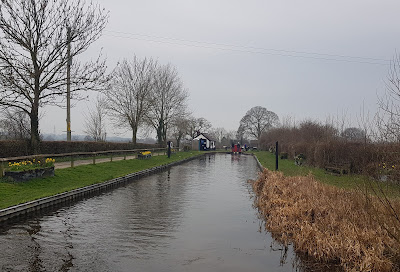 We turned right towards Ellesmere and moored near Tetchill. It's been a bit of a change today after several warm sunny days. Overcast and even a drop of rain, but we're back to sunshine again tomorrow.

Down on the Monty.

You may remember a few weeks ago I’d everything in place for Mags’ procedure at the Royal Shrewsbury, Frankton Locks booked and hire car organised.

Then I had to cancel as I’d stupidly allowed my driving licence to lapse. So I had to send for a renewal, without a current passport I couldn’t do it online.

It arrived at the end of last week and the Endoscopy Unit at the hospital offered us an appointment for this coming Friday, the 18th.

Coming back through the woods next to the meres. 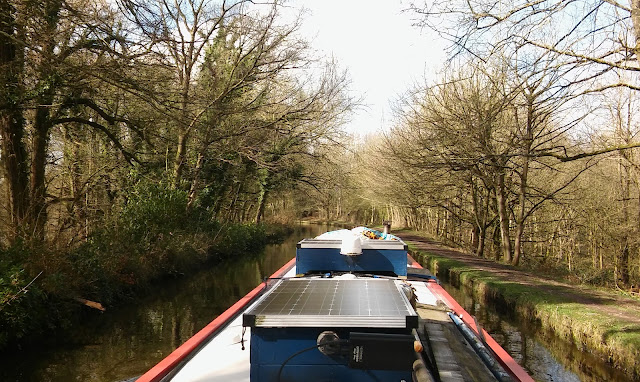 We met up with Val and Johnny and topped up the cupboards and fridge at Ellesmere at the weekend, then headed for Frankton Junction yesterday and dropped down Frankton Locks today, mooring up at Queens Head.

Busier at the locks than it was in Ellesmere! 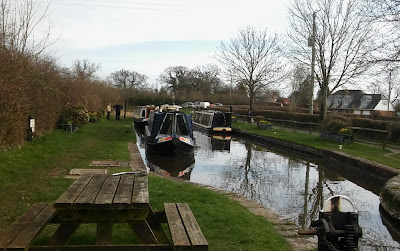 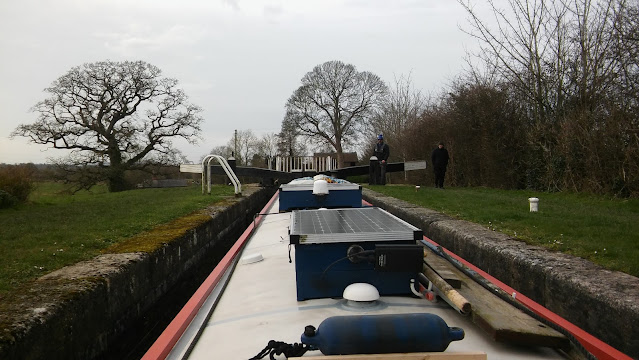 After the mixed weather we’ve had over the last couple of weeks it was a joy to cruise in fine mild conditions in just a light jacket.

Graham Palmer Lock, named for the founder of the Waterways Recovery Group. 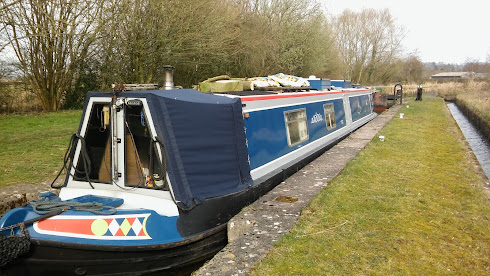 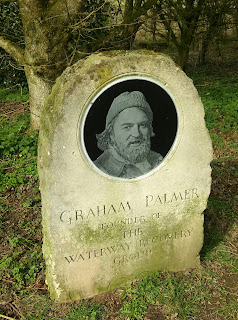 Volunteers from the WRG did most of the work to restore this canal back to navigation standards, and have worked on many projects on the network.

The lock only has a shallow fall, it was built to lower the water levels from here to Aston Locks to reduce losses from this notoriously leaky canal. 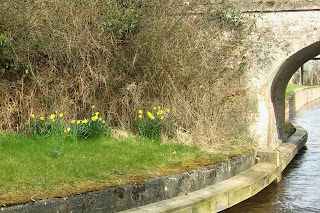 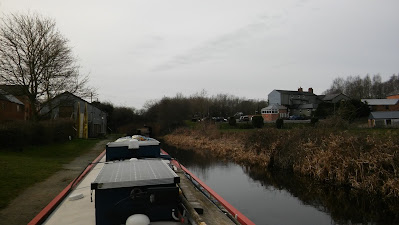 This afternoon I went off to pick up a hire car, so now we’re all set for Mag’s pre-med and covid test tomorrow, then her ERCP on Friday. Don’t you love it when a plan (finally) comes together!

On an entirely unrelated topic, I’m sure you remember I “went lithium” last December, replacing our conventional lead-acid batteries with lithium-iron. The installation used one lead-acid as an alternator-protecting dump load and a DC-DC charger to control the voltage and current flowing to 3 80ah LiFePo4 drop-in batteries.

The set-up has proved to be worthwhile, with shorter charge times and deeper discharge levels leading to a reduction in engine running and the ever-increasing cost of the precious red stuff it drinks.

But I decided I could do better, but with a large investment. I decided to bite the bullet and swap the 3x80ah’s for 2x150ah units, charged from a 200 amp alternator managed by a sophisticated charge controller. This involved modifications to the alternator mounting and the wiring, so I decided to get a man in.

Enter the admirable Ed Shiers of Four Counties Marine Services who offers a complete upgrade package, fitted, configured and working, in around a day. 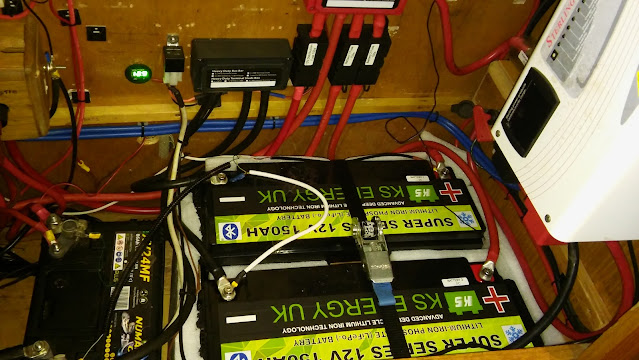 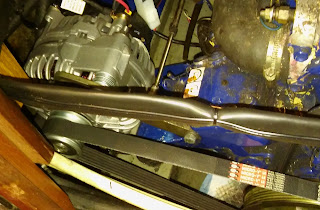 Still the pipework and wiring to clip up yet...

I was able to do some of the preliminary work myself, leaving him with the technical stuff, so he’d finished by mid-afternoon.

It’s a slick job, a Bosch alternator and Mastervolt Alpha Pro III controller which allows me to adjust the charge current, voltage and bulk charge times. Even at considerably less than the alternator’s maximum capacity the batteries are fully charged in an hour. Then I can just turn off the charging.

I’m still tinkering with the settings to give the optimum balance between charge rate, engine load  and battery life but I’m just about where I want to be.

I was looking at sticking just one 300ah LiFePo4 battery in to simplify the wiring and ensure good cell balancing but I found that unless I was prepared to pay for a high-end product the internal BMS (battery management system that protects the battery) wasn’t man enough to drive a 2500 watt inverter. Having two batteries in parallel, apart from being easier to handle, gives a higher potential discharge capacity.

These KS Energy units should be good for 5000 charge/discharge cycles which by my reckoning should last us around 15 years!

When Mags is sorted we’ll be off, so look forward to more regular posts – maybe!