Backwards and forwards and thoughts on loos…

We left Ellesmere after the weekend before last, heading back upstream to moor conveniently for me to be collected by taxi and taken up to Gobowen for my first Covid jab. That was on the Wednesday 3rd and all went well. In fact I was only gone for 45 minutes and that included a 15 minute wait for the return lift!

Following that we returned to Ellesmere for the weekend, topped everything up again, and set off on Monday, back towards Chirk. 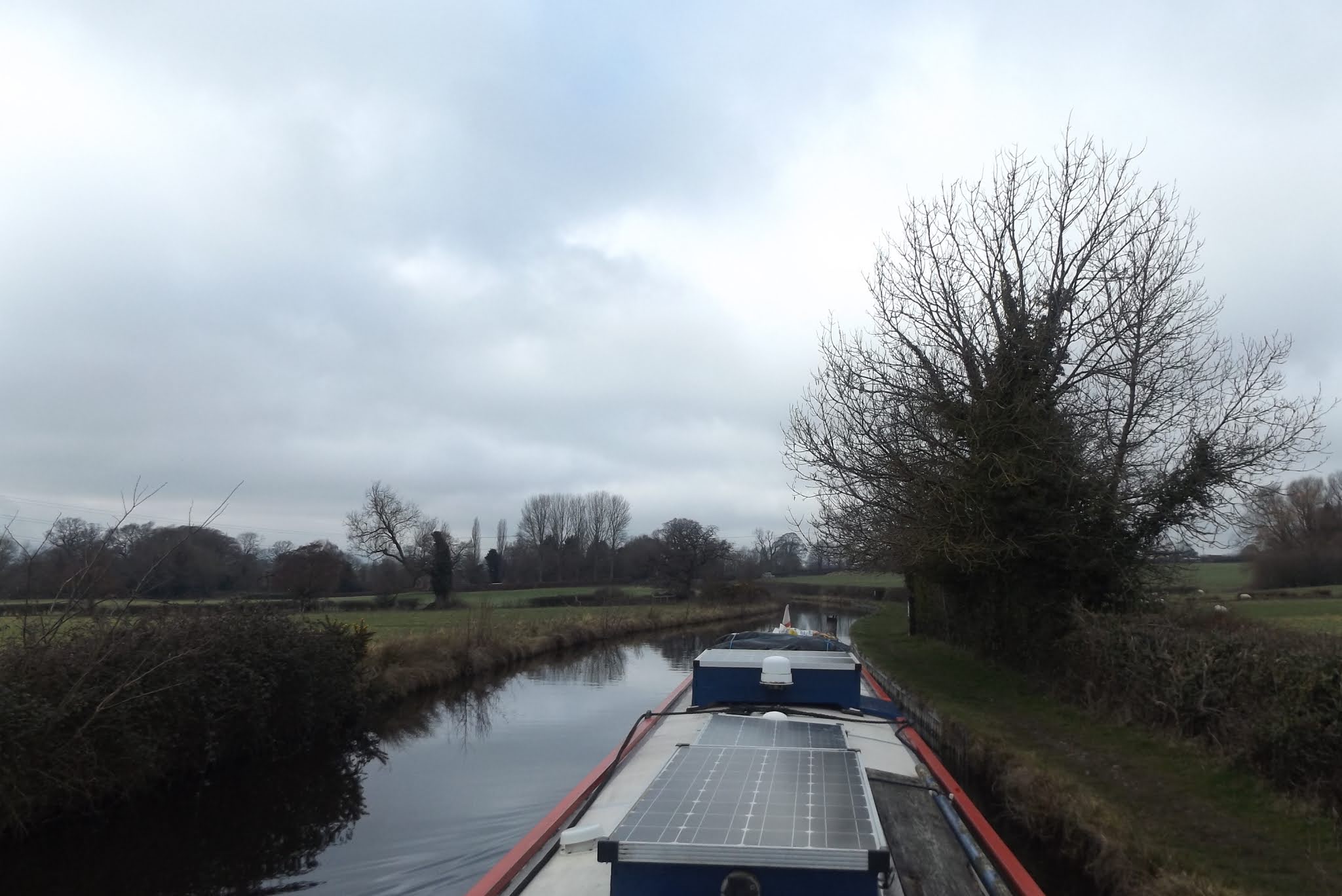 Since we left Mags has got her appointment for her second jab, on the 17th, so we’ve turned around and are going to fill again at Ellesmere before heading for The Poachers this side of Chirk where we can get a hire car. Unfortunately, due to Mags health status she has to go back to the vaccination centre associated with our GP, and that means a trip back up the M6 to the edge of the Lake District. Needs must, as they say.

Amber enjoying a lie-in with Mum 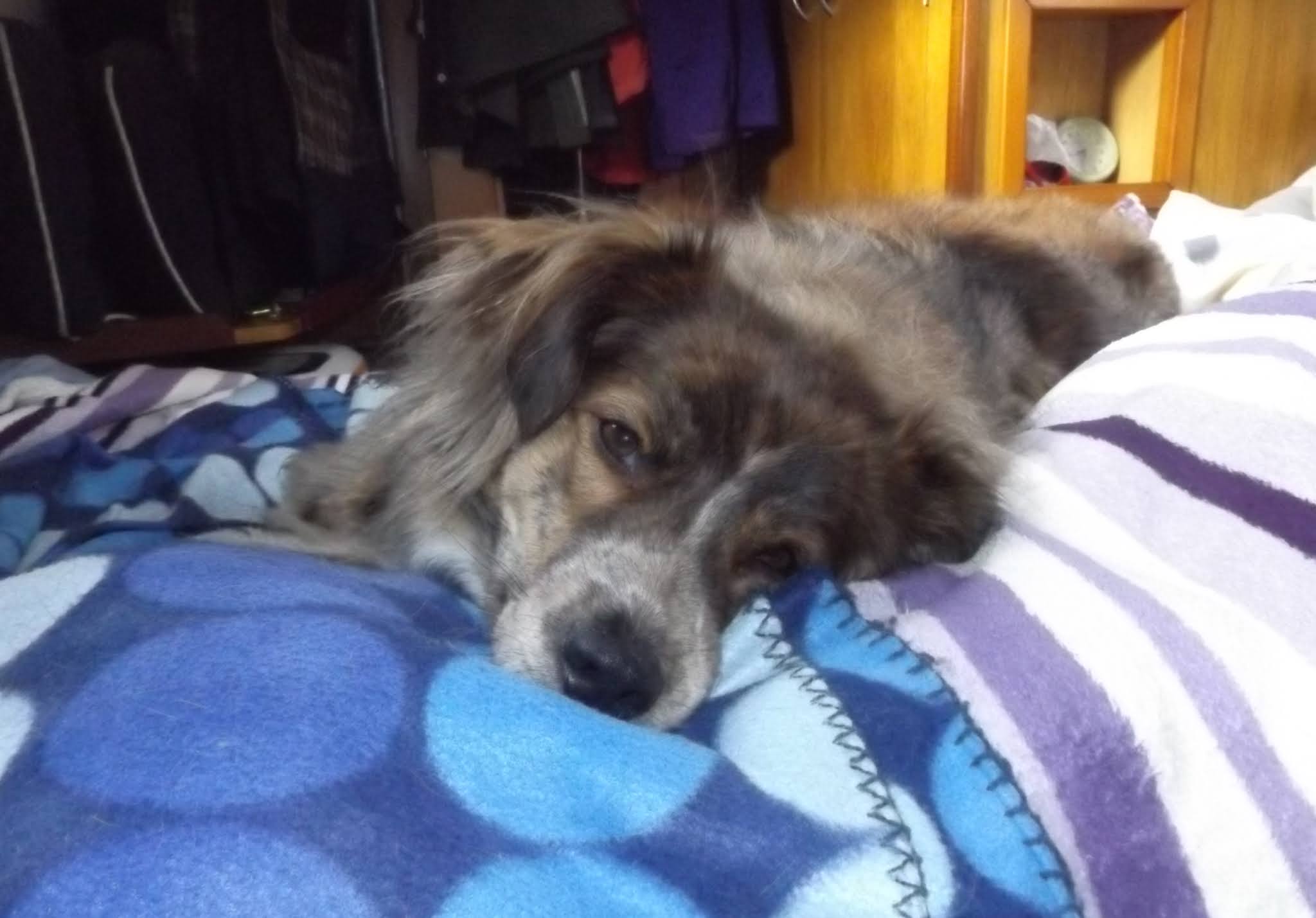 So that’s our plan for the next week. Not sure what we’re doing after that. But I’m sure Ellesmere will be involved at some point.

Longer time readers may remember me installing a separating loo back in early 2016.

This replaced the cassette type the boat came with and was driven by us being stuck in Granary Wharf in Leeds for over two weeks over the previous Christmas and New Year while the Aire was in flood. The nearest Elsan disposal was across town at the Royal Armouries… Not a pleasant experience carrying a rucksack with a full poo tank inside a mile each way! 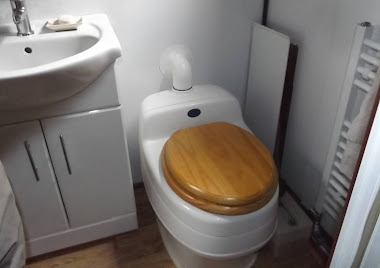 The separating, waterless, or “composting” toilet offered an alternative that would provide a longer period between empties, and also would save water. You’ll notice I put composting in inverted commas. These loos themselves only separate the liquid from the solids, enabling the end user to compost the solids over time, which may take up to 12 months until the contents are completely broken down.

But we weren’t going down that route. Advice from Canal and River Trust was that the solids should be composted, but if this was not an option (our case) then they should be securely bagged and disposed of in their general waste bins.

So that’s what we’ve been doing for the last five years.

Moving on, and the recent Canal and River Trust newsletter contained an article that really put the cat among the pigeons in the boating community.

Do remember though, if you can’t keep it [the solids] stored until it’s ready to use [as compost], it will still need to be disposed of in an appropriate way – for example a suitable composting site away from the canal. It should not be put in our bins – and absolutely must not be disposed of on or near the towpaths. Liquid waste can be emptied down an Elsan point.

(My additions in brackets [])

Change of policy then! Note that it states “should not” rather than “must not”, so it’s implied that it’s advisory rather than compulsory… at this time.

It appears that it’s the waste management contractor who’s driving this, having noticed the increased number of bags of human poo appearing in the bins as these types of loo become more common.

Now in relative terms there are still only a few boaters bagging and binning, so it seems unlikely that CRT will install ??appropriate?? facilities for solid waste from boats. They already provide Elsan facilities (of varying quality) and they’re not contractually obliged to do that, nor are they even obliged to provide refuse disposal.

So this is going to go one of two ways. Either the waste handler will agree a new contract with CRT that includes the handling of human waste, or they will refuse point-blank to take it, forcing the Trust to introduce a ban. I can’t see the first option happening, and in the instance of the second, those who have no option will continue to dispose of their poo in the time-honoured fashion, disguising it as best as possible, and possible leading to the contractor withdrawing their services through breach of conditions. Not a situation anyone wants.

There is an active lobby group trying to convince CRT that there is way forward that will suit all concerned, and I hope they find one, but I’m not holding my breath…

Now, in our situation (and that of most continuous cruisers) we don’t have the space to store several containers of composting material as it breaks down, and even if we had we’d have to find somewhere to dispose of the “finished product”. It’s not allowed to just dump it in the hedge bottom, you need to have permission from the landowner.

Yes, I hear you say, but it would be simple and fairly cheap for CRT to locate storage bins on the network for the finished, crumbly and dry compost. They could even sell it on for fertiliser! But how long would it be before someone emptied an uncomposted bucket of poo in there, defeating the whole object!

So all things considered and after a week of agonising and sleepless nights, we are taking the backward step of refitting a cassette loo. I don’t want to, apart from the cost it won’t be as convenient, potentially introducing the same problems that caused us to swap in the first. But I can’t see any other option.

We’ve a Thetford C403 on order which will actually fit nicely in the space available, and has a slightly larger capacity than the older C200 we had previously. With a spare cassette we’ll last 8-10 days. Just hope we don’t get frozen in – again!

Change of month, change of weather.

We moved to Ellesmere on Saturday, fine and warm. A splendid early spring day. 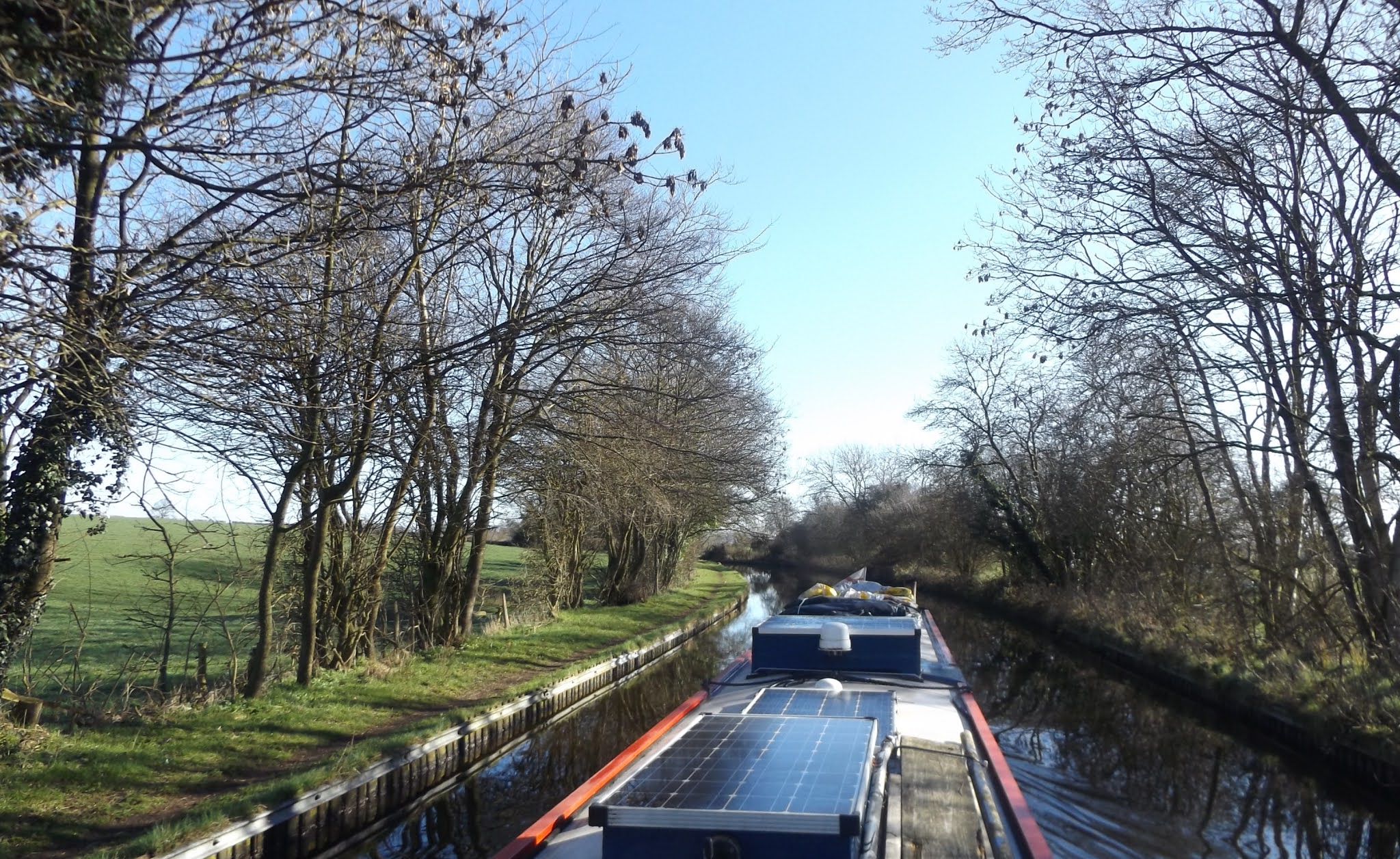 Several trips up into town got the cupboards and fridge topped up before we topped off the water tank and disposed of the accumulated rubbish and recycling, then turned around to head back upstream. 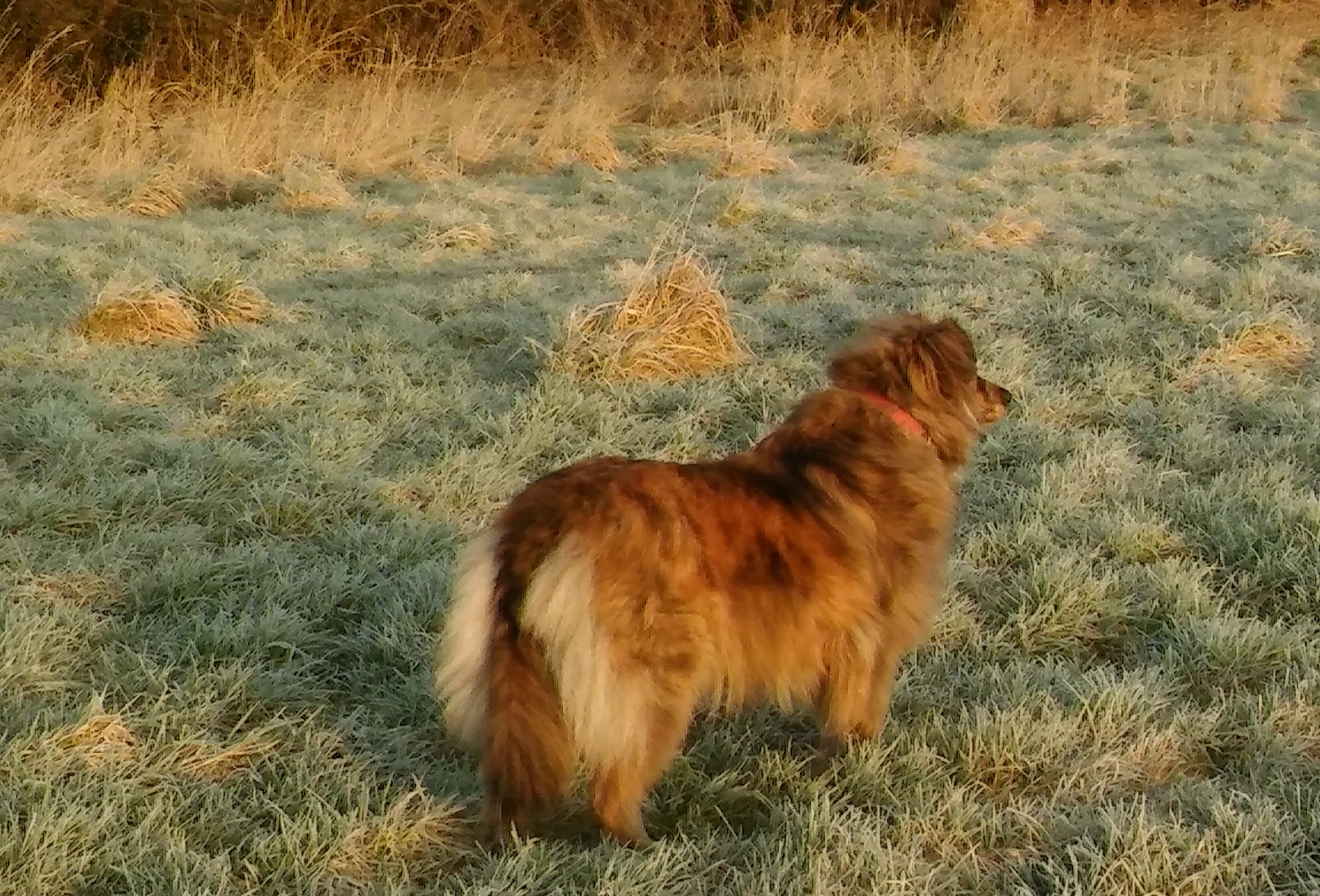 All change today though. At half-seven it was quite misty, but with a promise of the sun breaking through. 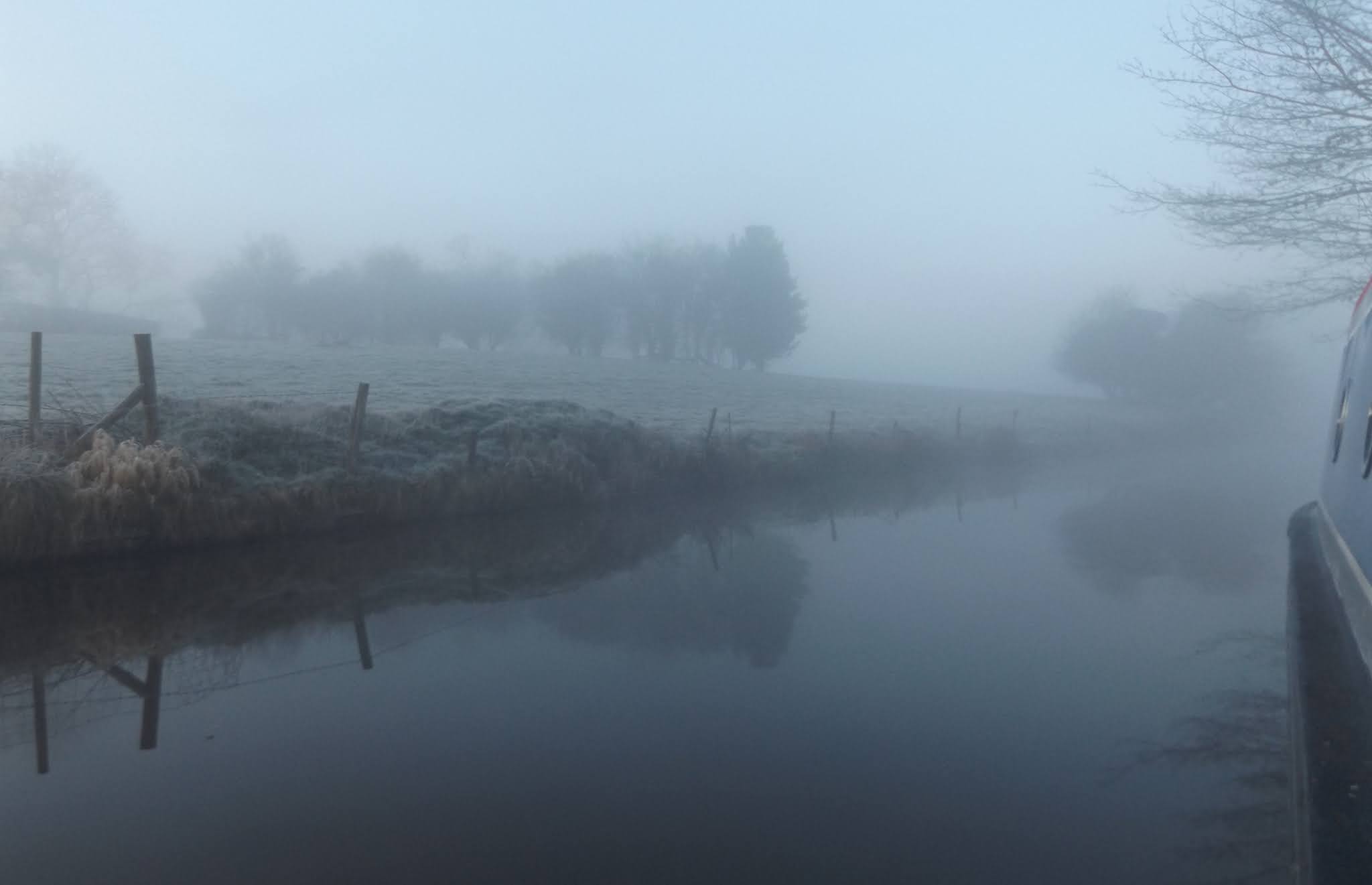 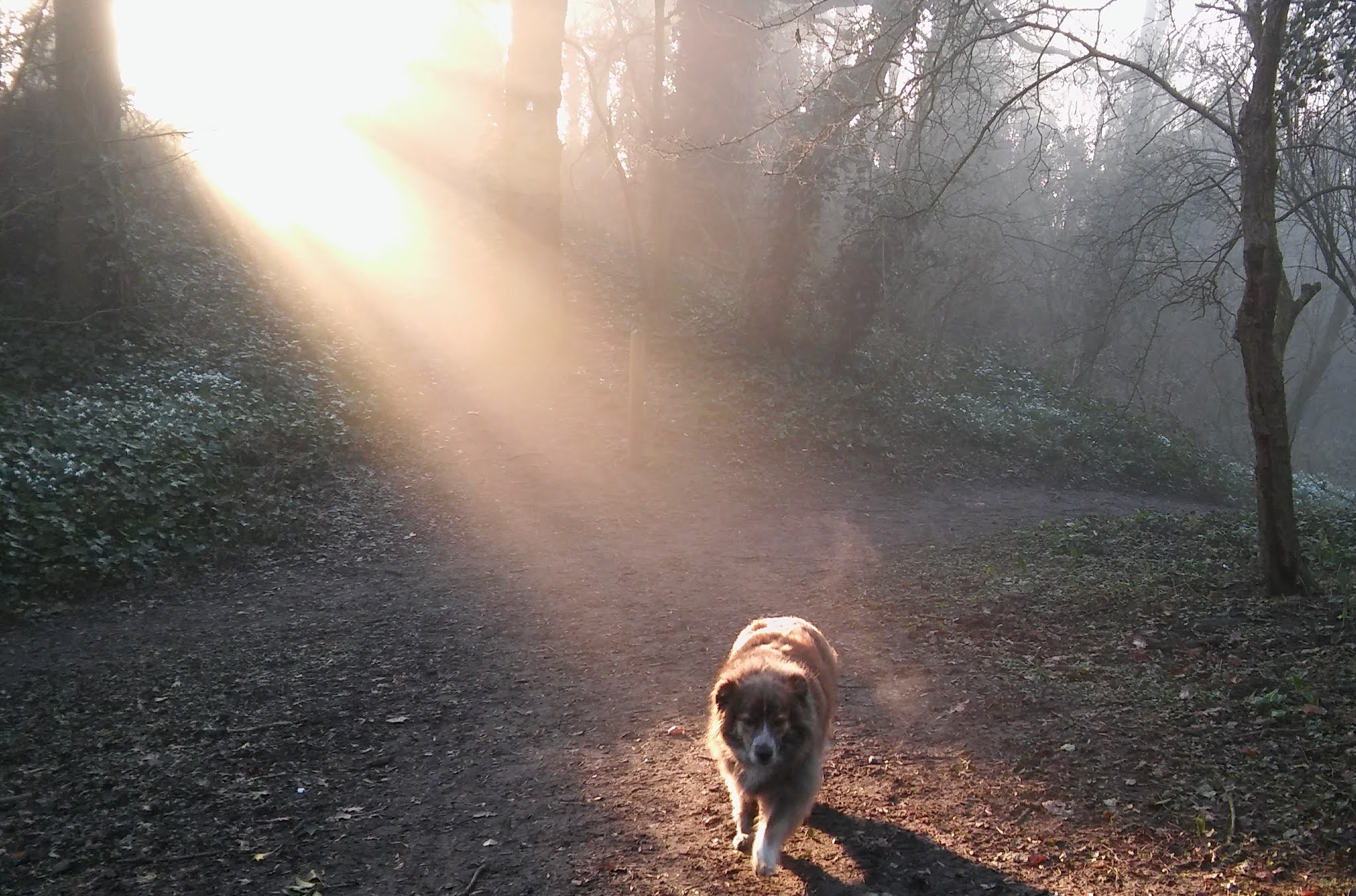 A brief glimpse though, then the fog came down again, just clearing enough to make the day a typical early March one, grey skies and cold with it. 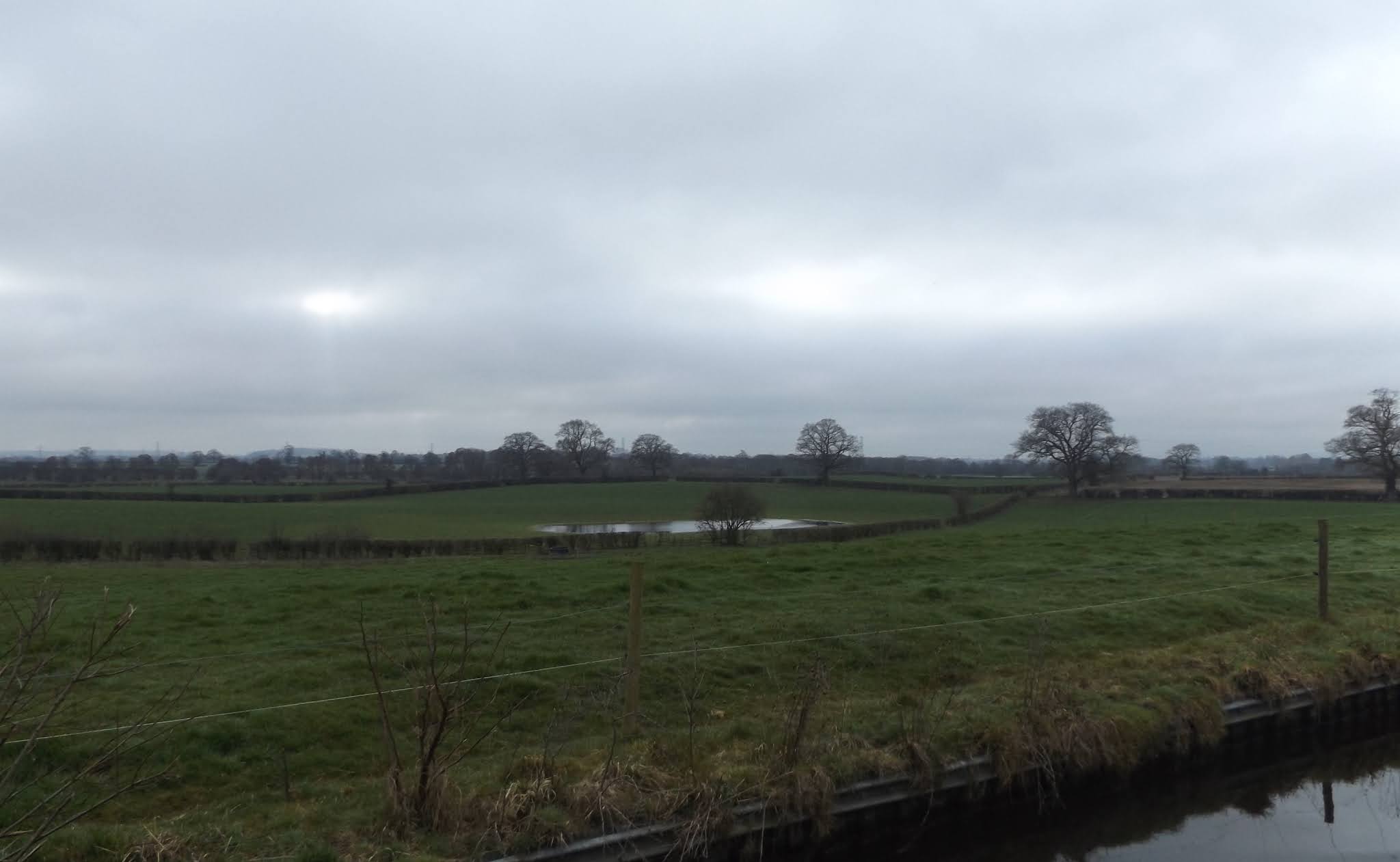 We pushed on past Frankton Junction and pulled in near Bridge 4W (as usual!), and we’ll stay here till Wednesday morning. First thing on Wednesday we’ll move up to moor opposite Whittington Wharf so I can meet the taxi outside the Narrow Boat Inn for my trip to get my first Covid vaccination. Mags and Amber will stay aboard, I shouldn’t be very long.

And that’s about it. It was great to enjoy that brief spell of unseasonable weather, but it looks like we’re back to normal now for a few days.

Hi Tom, Jan. I wasn’t sure what you were on about in your comment, till I re-read the text on the last post. Gonna have to sack the proof-reader. But we are in rural Shropshire after all…