After a very peaceful night near Kirtlington we were on the move at 9 o’clock this morning, heading down to Pigeon Lock.

Pigeon Lock-bound, George on the towpath 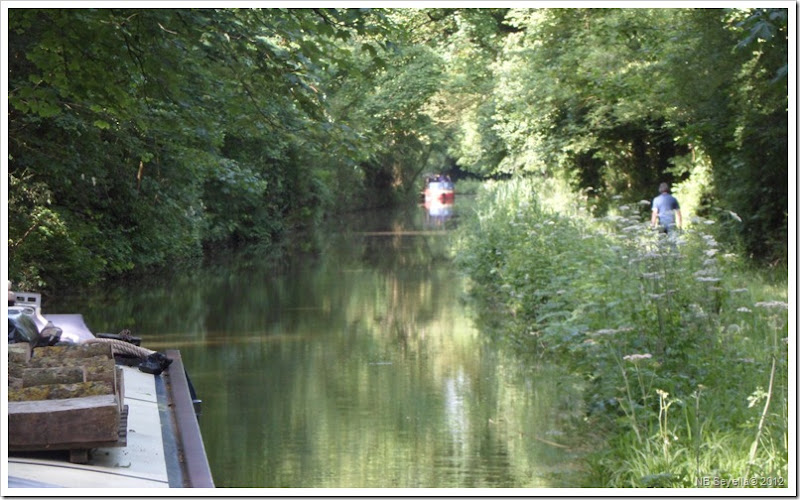 Down the lock and we moored just beyond Bridge 214 to walk back to the village. It was a bit further than I thought, over 1½ miles in fact. So we didn’t get going again till midday. Meanwhile Mags had been amusing herself feeding the local moorhens. 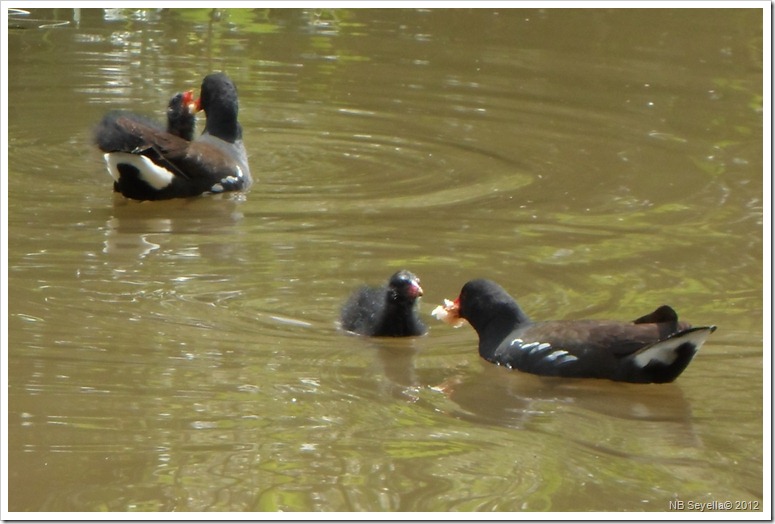 Stein and Jacquie passed on NB Like Ducks 2 Water and paused under the bridge to say hello, but we were still in the village so Mags did the honours on her own. Sorry to have missed you, guys.

Moving on it was only a short distance to Caravan Lift Bridge, so George, once again, walked ahead to lift it for both boats. No need though, it was already up. 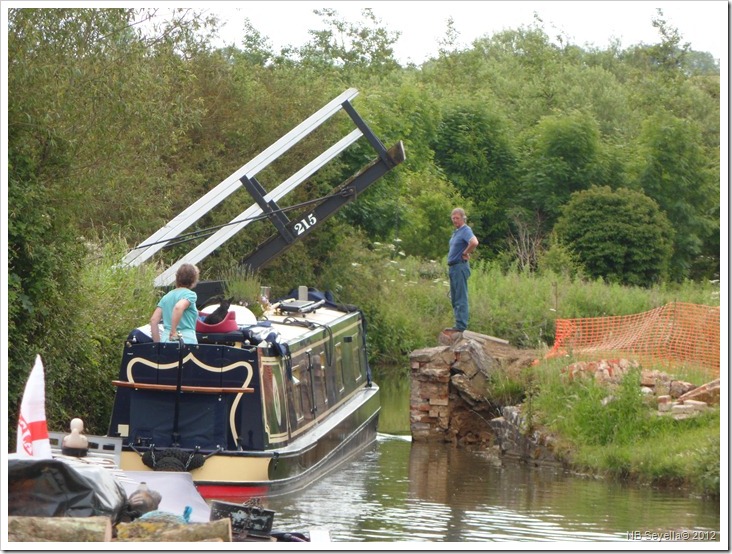 The abutment has certainly taken some damage, George didn’t drop the bridge as it didn’t look safe!

We expected it to be busy at Enslow Bridge, and we weren’t disappointed. 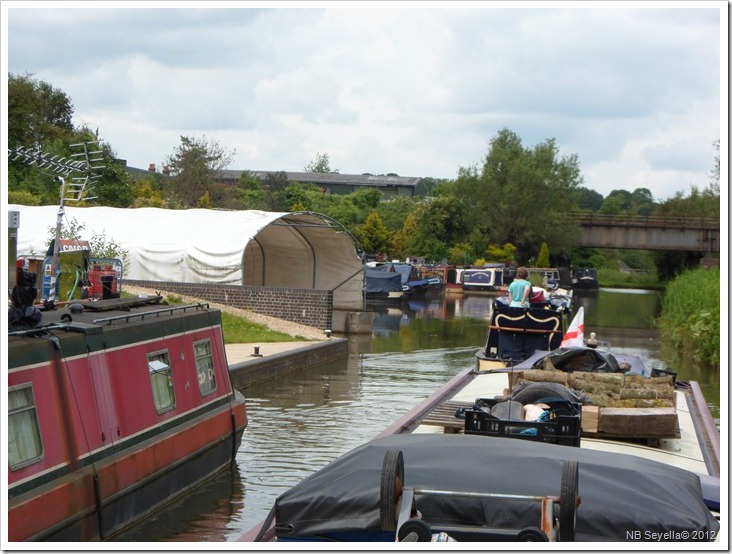 The Rock of Gibraltar has moorings on the canal, and the association doesn’t end there. It was built in 1780 to refresh the navvies constructing the canal, and the first landlord, Henry Baker, must have been well respected as they named the next lock after him. 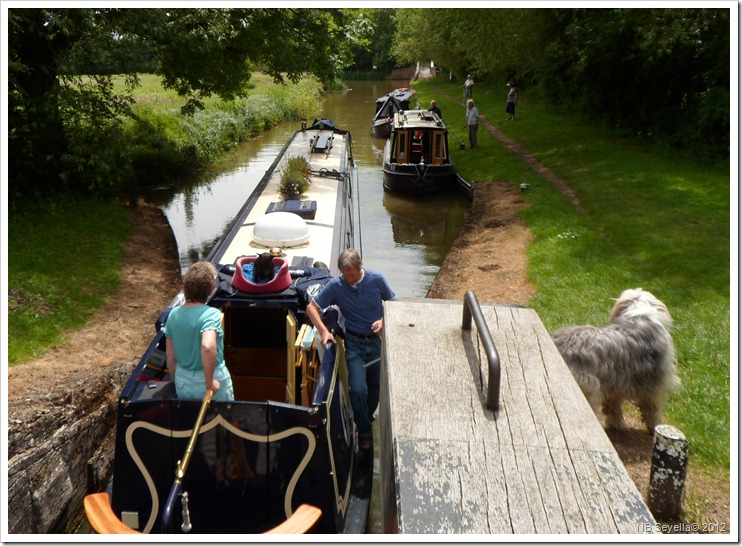 Just before arriving at the lock we met Maffi and friend on a boat they were moving up the canal, arranging to see them in the pub later. 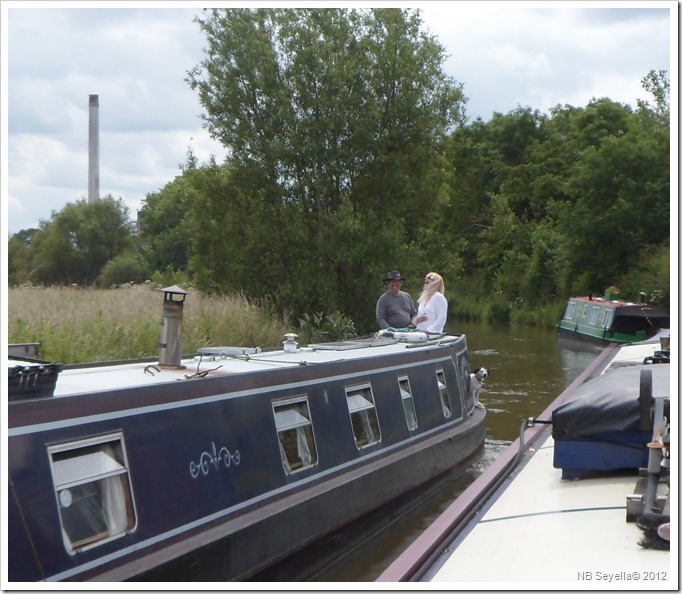 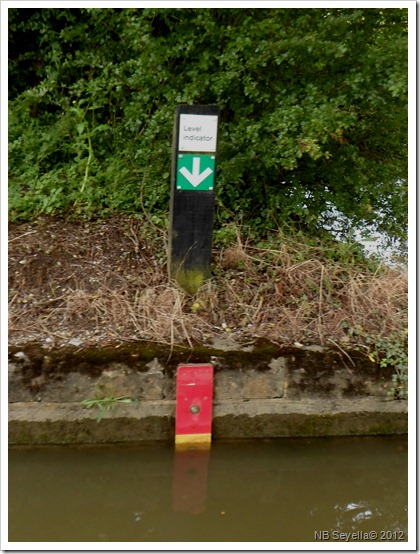 At Baker’s Lock the canal joins the River Cherwell for just under a mile. Although the level indicator showed just under the red zone, it didn’t seem to be flowing that fast and we had a steady few minutes enjoying the deep water under the base-plate.


On the river. Pity it’s only a mile. 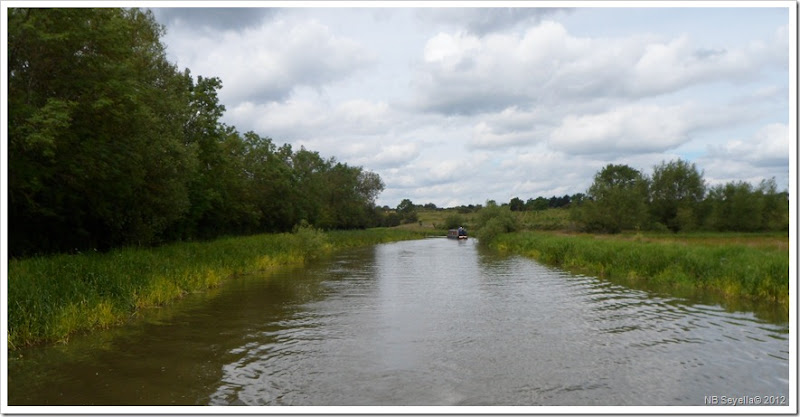 The man-made watercourse is regained at Shipton Weir Lock, only 2½ feet deep but very slow filling and emptying compared to the others. 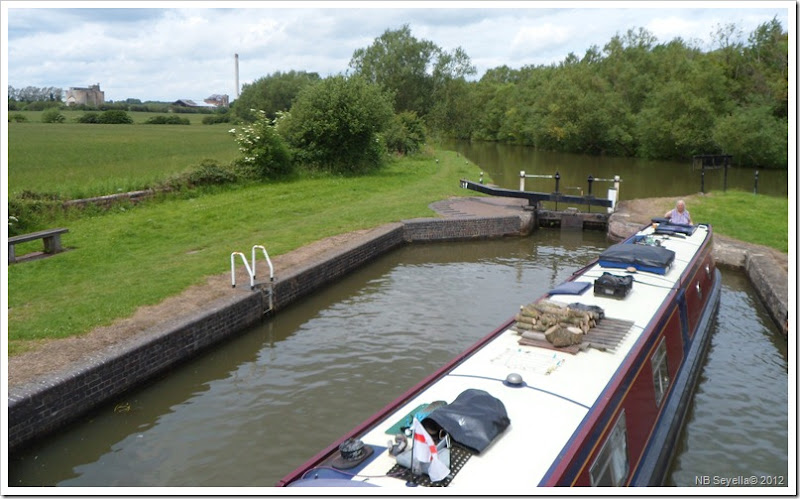 It’s another of those odd shaped chambers that ensures a respectable volume of water goes downhill when the lock is used.
In the background is the old Blue Circle cement works, built in the 1920’s and closed in the 1980’s. 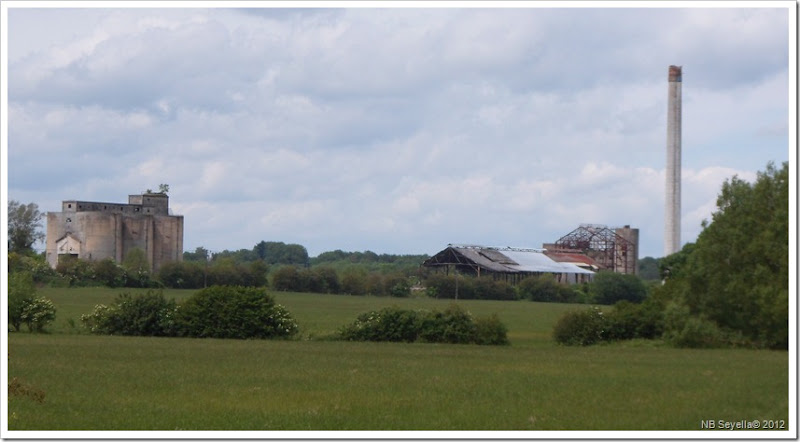 I guess it’s just too costly to demolish it.

It’s just a short distance from here to Thrupp, where we watered up and emptied before mooring beyond the lift bridge. 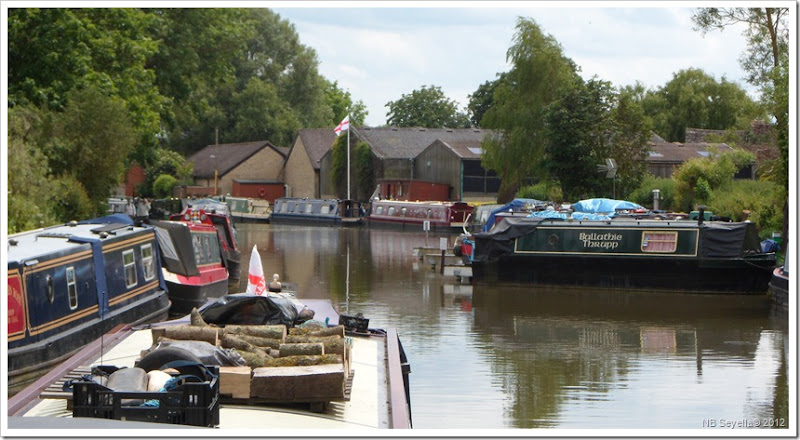 Moored near the Boat Inn 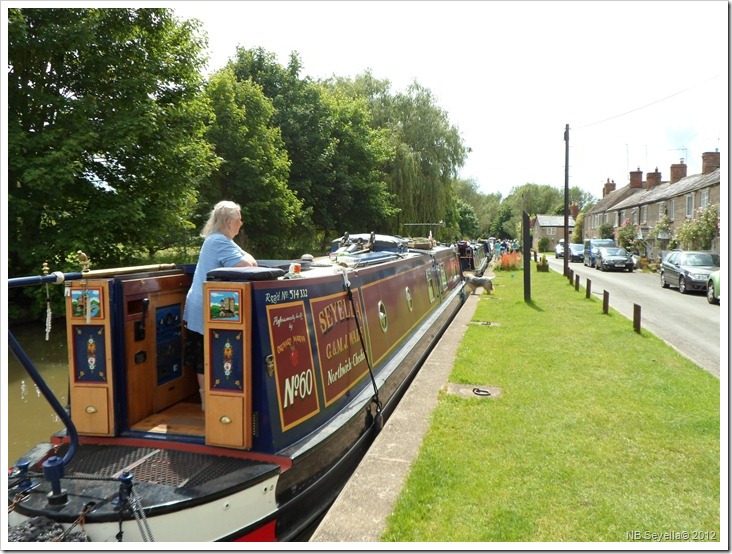 Now we wait for the Thames to start to behave itself again. Currently most of the river has Strong Stream Warnings posted.

Caravan Bridge is fixed up. I doubt whether George could have closed it.