A short day for a change.

We only had to get to Braunston today, so we could have a relaxing morning before we got away.

First thing Meg and I had a walk up Barby Hill, which stands 200 feet higher than the canal.

Disappointing views in the haze. 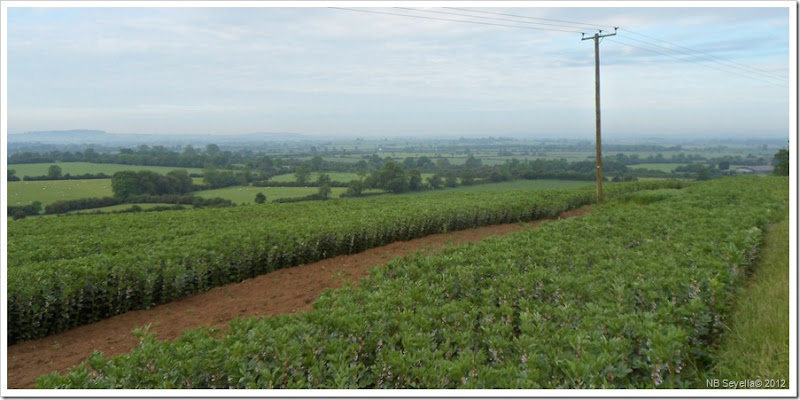 After yesterday’s rain the haze is probably steam in the early sun!

Back down a bridleway. 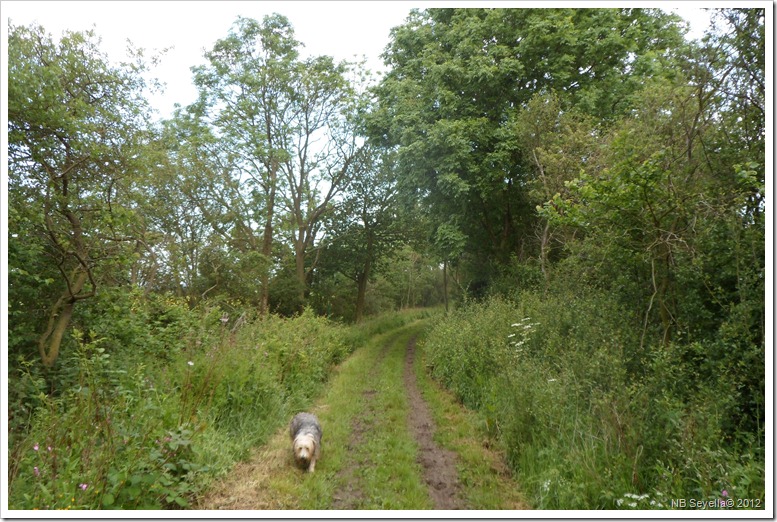 By the way it’s part of a straight line of roads between Rugby and the village of Welton, it’s probably Roman in origin.

We knew that Mark on coal boat NB Callisto was on the way but we didn’t know when. I’d like to fill with diesel before we drop down onto the Nene (maybe!), and he’ll be cheaper than the marinas. So we hung on till 10:30 hoping to catch him passing. 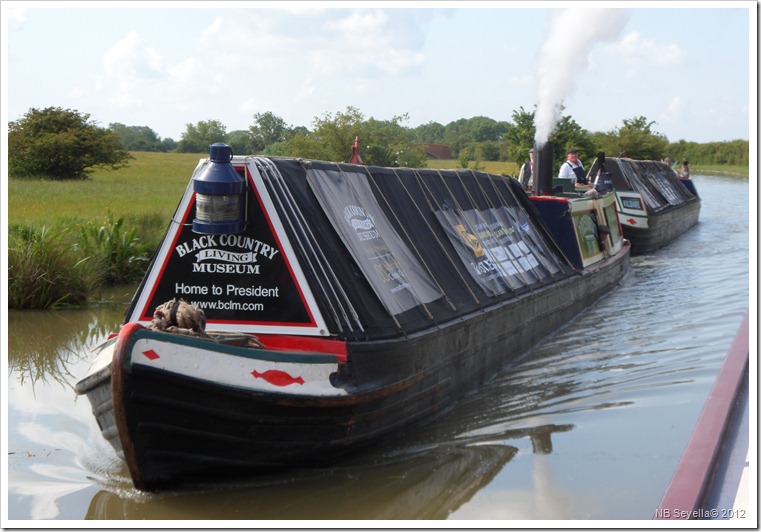 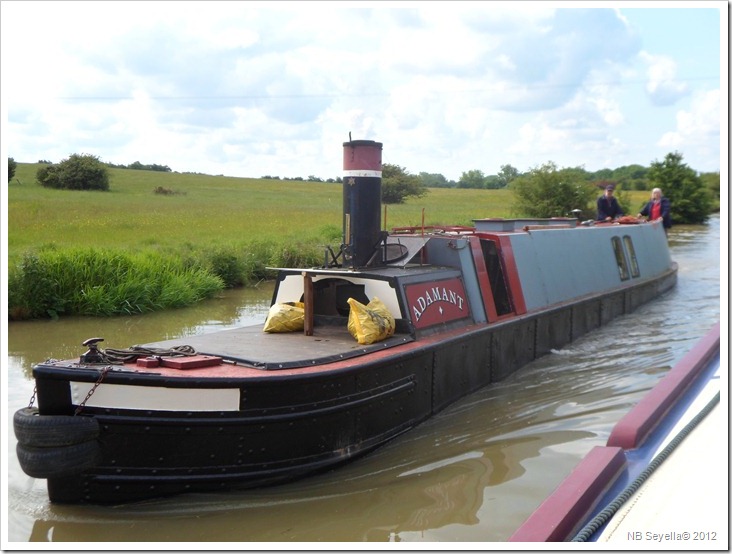 President and Kildare we’ve seen before, in fact I’ve even had a look in the engine ’ole. Adamant is new to us. The riveted hull makes it an early iron boat, and a bit of investigation  reveals that it’s actually made up from the ends of two c1900 buttys riveted together in the middle. She was (re)launched around 1992.

Although most of the media coverage of the Thames Pageant claimed that President is the only steam narrowboat left, in fact there are about 10 still around, some old, some remanufactured and some newer. There’s a “do” on in Coventry Basin next weekend.

We got away around half past ten, and we just got through Bridge 81 when we saw NB Callisto coming towards us. With shallow, rough banks on this section there was no way to pull in and refuel so that’s a missed opportunity. If only we’d left it another 15 minutes….. Never mind, we’ll have to make other arrangements.

We had a steady cruise down to Braunston, a few boats around but not particularly busy. Until we got to the village, that is.

Big fluffy clouds in a blue sky, a change from yesterday’s gloomy outlook. 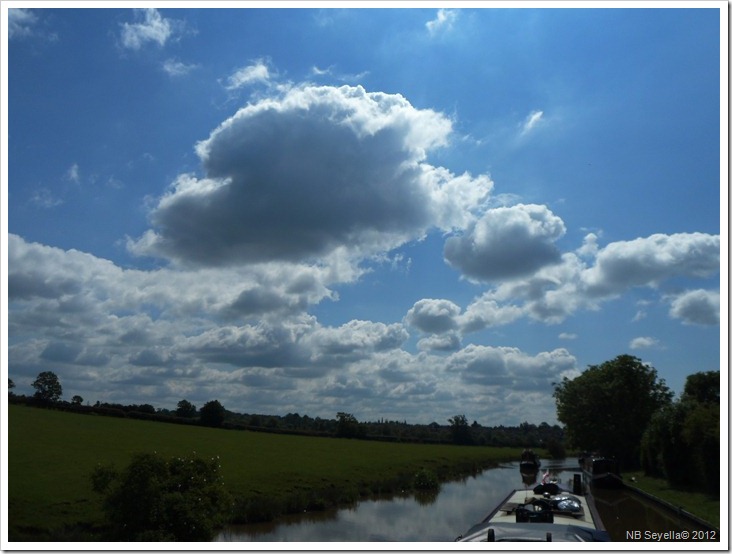 This area has been cultivated since medieval times, the pastures alongside the canal still show signs of ridge and furrow farming practices.

Ridge and furrow in fields alongside. 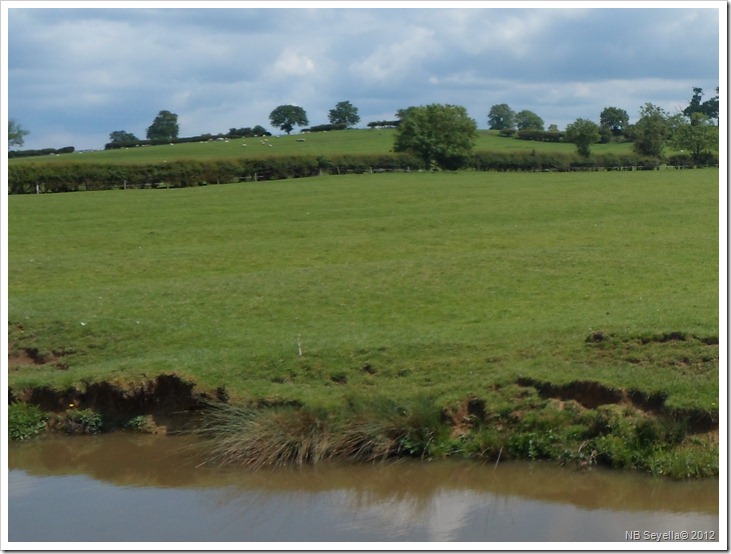 Over in Leicestershire in December 2008 the low sun highlighted the ridges in another field. 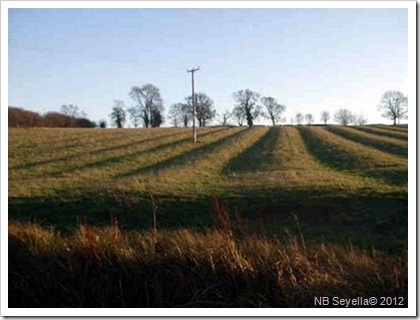 Braunston Church sits on the end of the  ridge of high ground occupied by the village. It’s visible for a couple of miles from the north, but this shot was taken from a little nearer, at Bridge 88.

Braunston All Saints’ from Bridge 88 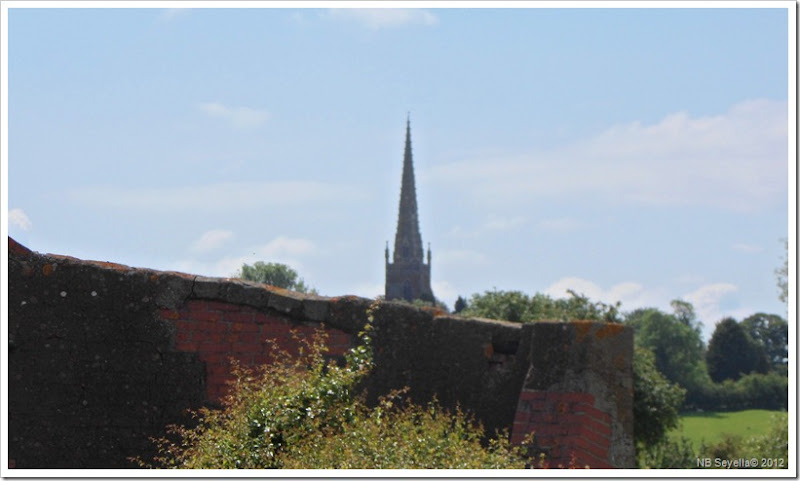 Someone was just starting up his boat engine as we approached Bridge 89. I’d be a little embarrassed if it were mine… The sanitary station on the bend just before the twin bridges of Braunston Turn must be the worst situated on the network. There’s very little room to pass if boats are on the (official) moorings opposite. 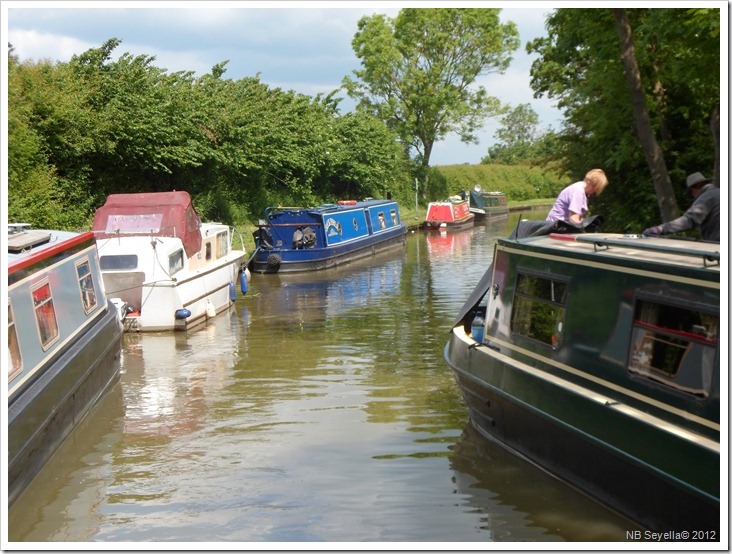 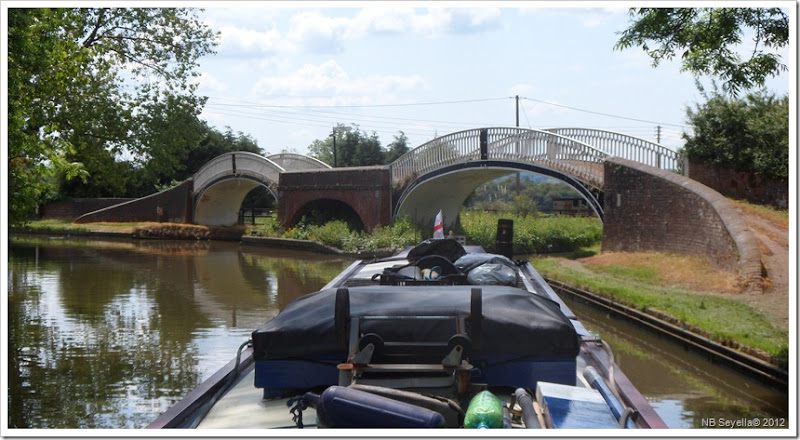 Turning right here takes you south on the Oxford Canal, now part of the Grand Union main line. Five miles on at Napton the main line takes a right to head towards Warwick and Birmingham. The Oxford continues it’s rural journey south to the Thames.

Braunston was busy as usual, but we managed to secure a spot just before Butcher’s Bridge. We passed NB Rock’n’Roll moored the other side of the marina entrance, we’ll see them later.

I walked up to Midland Chandlers with Meg, buying two 10 metre lengths of 14mm diameter nylon rope to replace the centre lines. Since one of the old ones had been purloined at Atherstone I’d been making do with a rope that was too short. The new lengths are too long, there’s an outside chance of fouling the propeller if one went over the side, so, even though they’re already eye-spliced at one end and back-spliced at the other, they’ll have to be shortened and back-spliced again. A job for tomorrow.
Why did I buy 2 lengths that were too long? Well, I went up for 18m of rope, intending to cut and splice it myself. But they had an offer on and the pre-made lengths were considerably cheaper than buying off the reel.

We’ll get together with George and Carol tomorrow, we’ve some cruising plans to discuss…..