From Cut to River

We had an enjoyable evening in The Boat Inn on Monday night, then decided to move on on Tuesday morning. First, though a good walk with Meg.
Poppys in cornfield 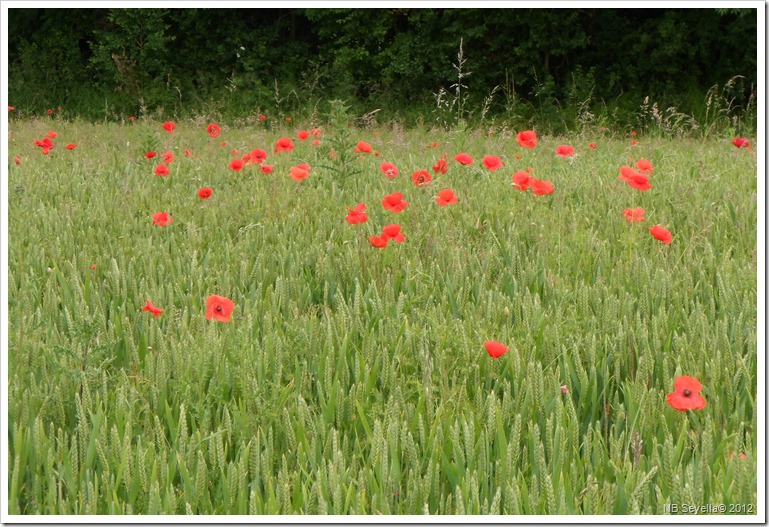 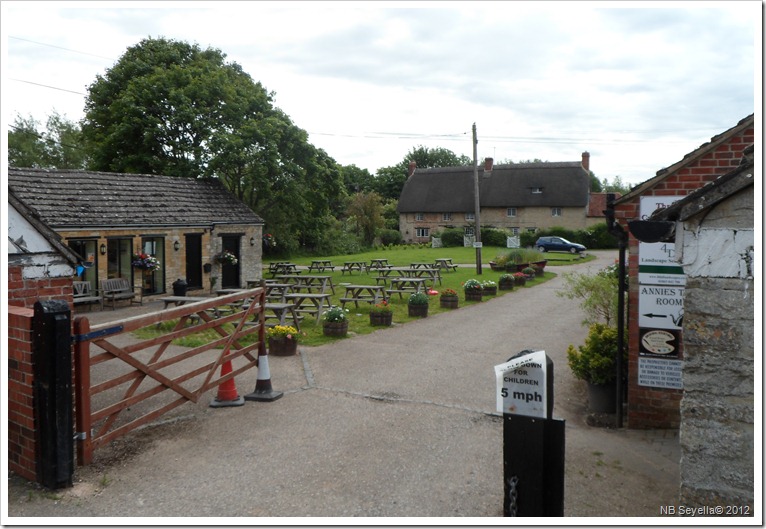 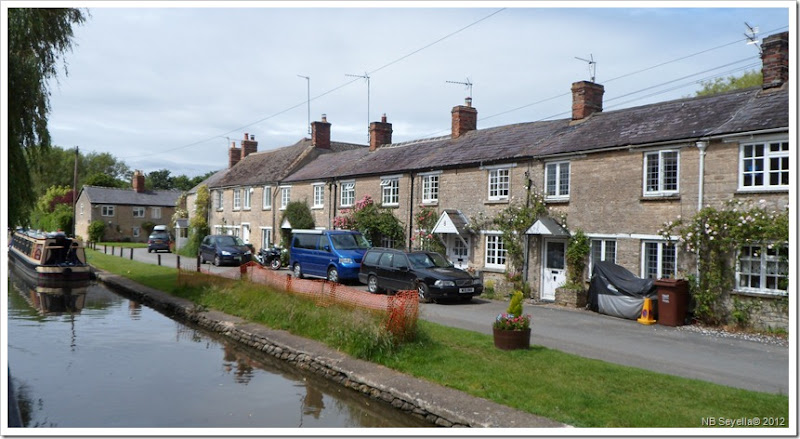 We didn’t get too far, two miles and one lock and we were moored again above Kidlington Green Lock.

It’s a bit quieter there than down in Thrupp, and the temptation of the pub is removed!
We stayed for two nights, walking the dogs and having a trek to Sainsbury’s to top up the cupboards, then set off yesterday at around 11:00. Quite a few boats had gone past heading south, the river has no warnings posted for the first time in a number of days, so I guess that’s where they’d be heading. Like us.

Another reason to move, at least from my point of view, was that the mowing contractors had just gone by. Meg and freshly cut grass seem to have a magnetic attraction, at least until she gets back on board, when it all miraculously falls off!

It’s a fairly uninteresting mile and a half to Dukes Cut, with a stop on the way to top up the water tanks.
Down Dukes Lock and Mag’s had to make a sharp right turn into the entrance of Dukes Cut, to enter the uninspiringly named Lock 44B.

Lock 44B. Like the name, the location isn’t inspiring either. 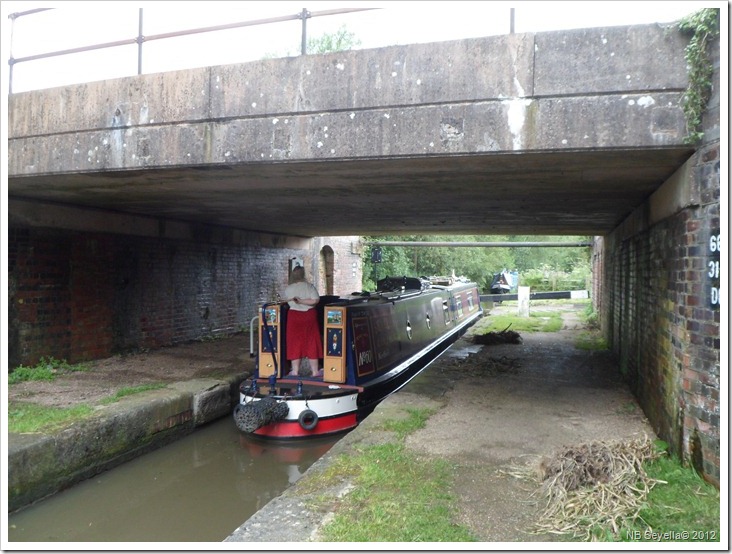 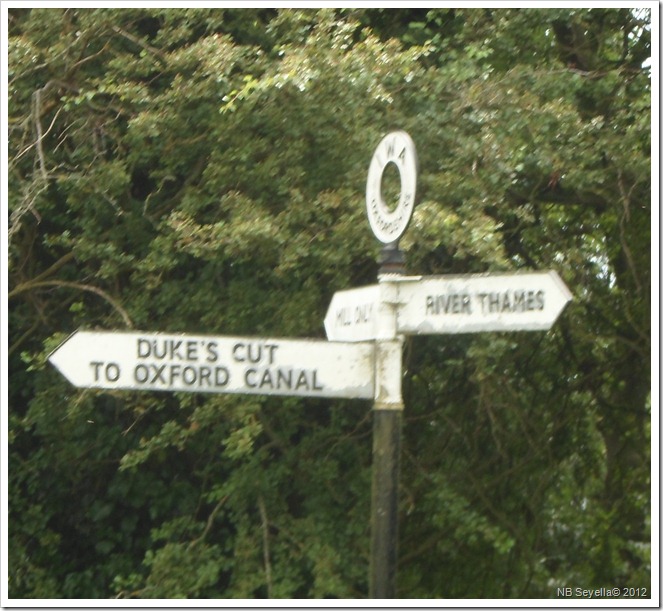 Dukes Cut is the northern-most of the two links between the Oxford Canal and the River Thames. It’s only a quarter mile long, joining the stream leading to Wolvercote Mill. From there the channel follows the winding mill stream to the river, passing Kings Weir on the way.


On the mill stream 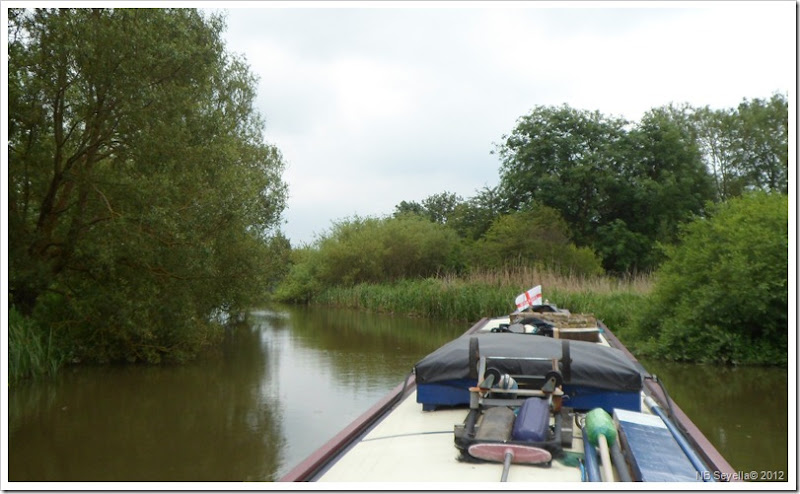 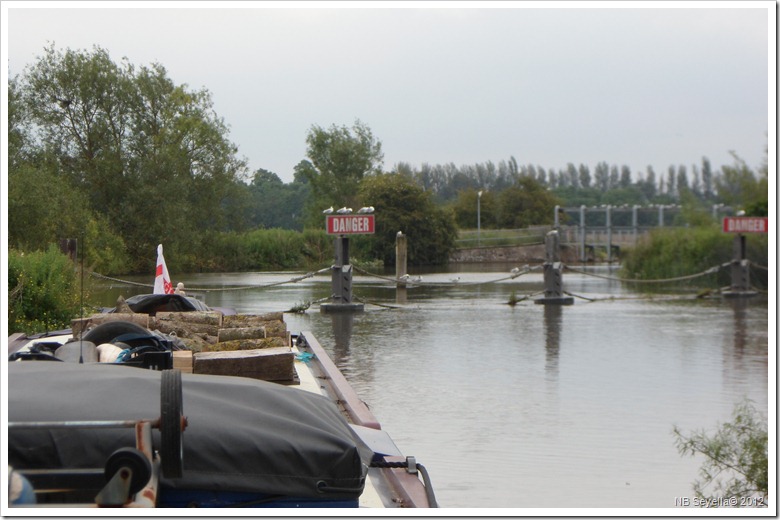 They don’t look so savage, do they.

The channel does a sharp right here, and you start to feel the first effects of the river as you turn into the flow to the weir.

Old barge tied next to the lock island 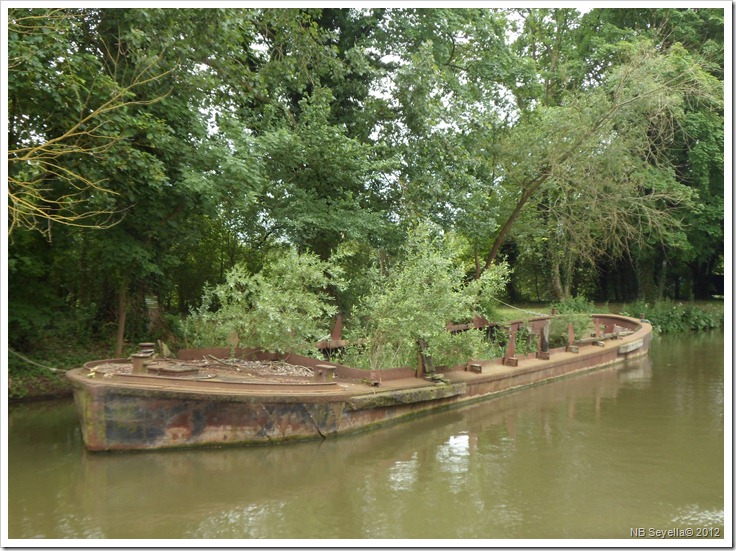 Out onto the river, looking back at Kings Lock 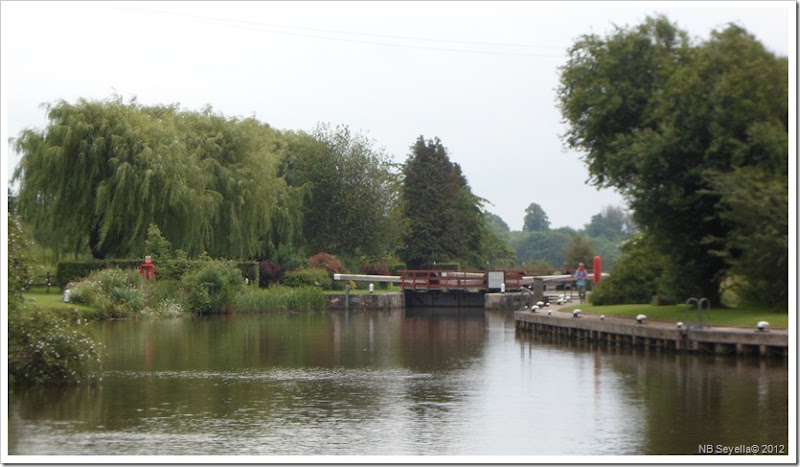 The forecast was for showers in the afternoon and it looked as if we were going to get wet as we headed upstream towards Eysham. 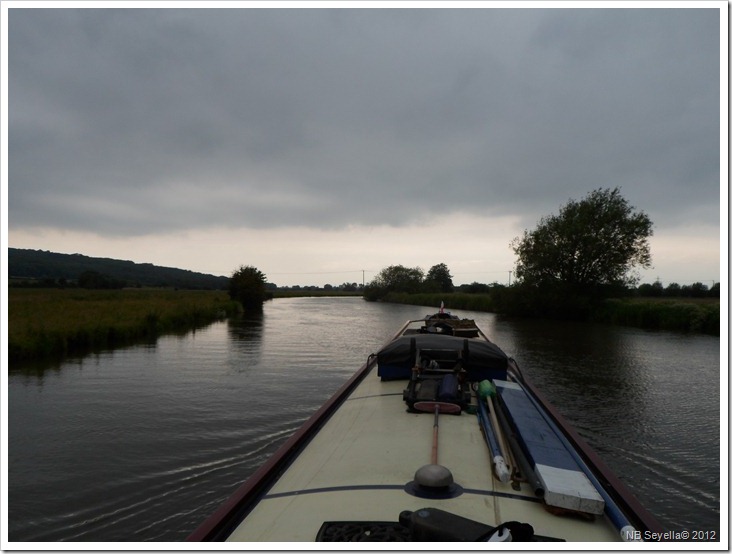 I started looking for  spot to moor; I’d encouraged George and Carol to move today and I’d not be flavour of the month if we all got wet through. I’d almost reconciled myself to getting to Swinford Bridge when a suitable looking spot appeared on the north bank. Gently drifting in, it was deep enough and the bank was just the height of the gunwale, so that’d do.

Tying up against our own hay meadow. 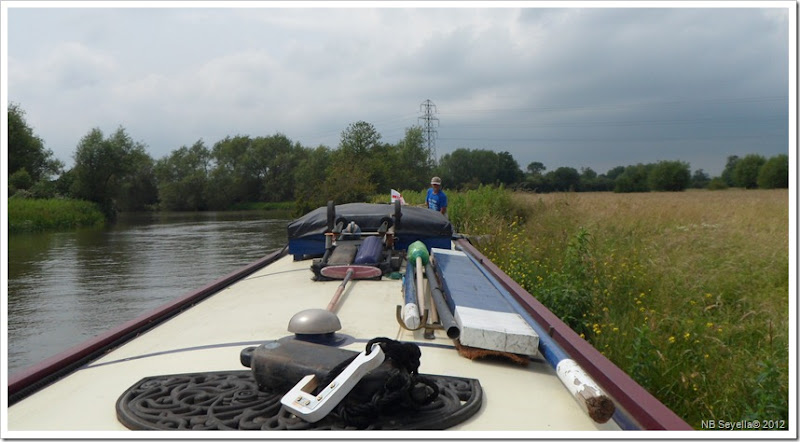 That cloud had blown over, and it started to brighten up by the time Rock’n’Roll arrived. 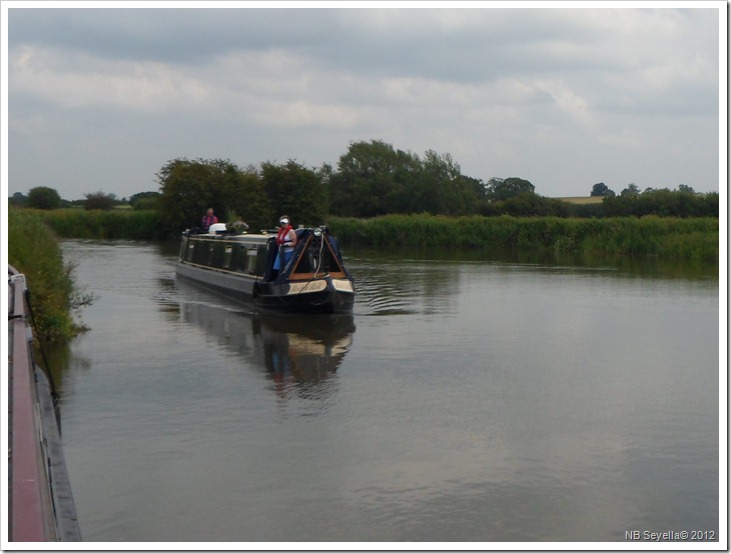 Rather than do some extensive veg trimming, they breasted up to us, then out came the chairs and a couple of bottles of wine to enjoy the rest of the afternoon with.

Breasted up, Wytham Great Wood in the background 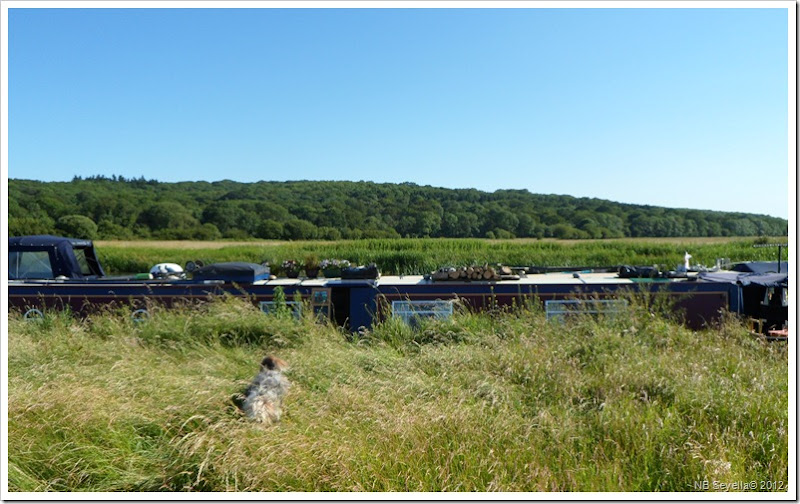 That’s Meg in the foreground, having a good roll in the grass.

While we were enjoying wall to wall sunshine, over in Leicestershire they were being battered by massive hailstones. My sister-in-law’s car was damaged, roof and bonnet dented and screen broken, and their caravan, with a thin aluminium shell, is pretty well written off. Luckily no-one seems to have been hurt.
June weather, eh.

That looks very like a spot where we moored on our way back from Lechlade last September: