Two days to the summit.

On Saturday we stayed put, very wet and windy in the afternoon so it was a good move. I took a walk back to Braunston before the weather closed in.

Known as the “Boater’s Cathedral”, All Saints’ Church has a tall, decorated spire, and can be seen for miles around. 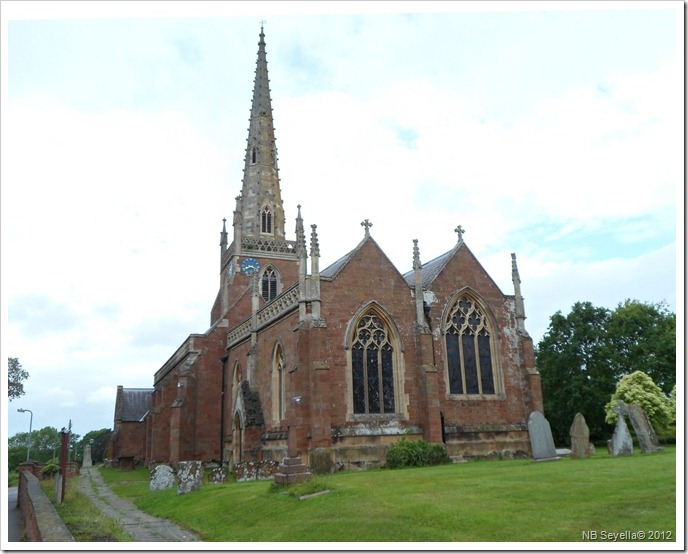 Sail-less windmill near the church 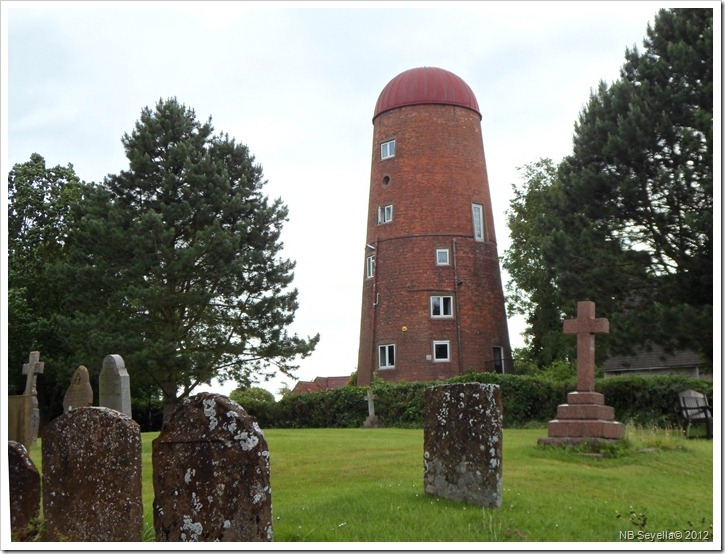 Sunday was a better day, and we were on the move by half past ten. We had 5 miles to go before arriving at today’s locks, passing the junction to Warwick and Birmingham on the way.

As this 5 mile section of the Oxford Canal carried Grand Union Canal traffic, it was widened and deepened in the 1930’s when the locks on the Grand Union were improved. The concrete copings carry dredging depths and the date.

Carol had decided to stretch her and Molly’s legs for a bit, and waited for George at Bridge 103

Not long to wait, George was 200 yards behind…. 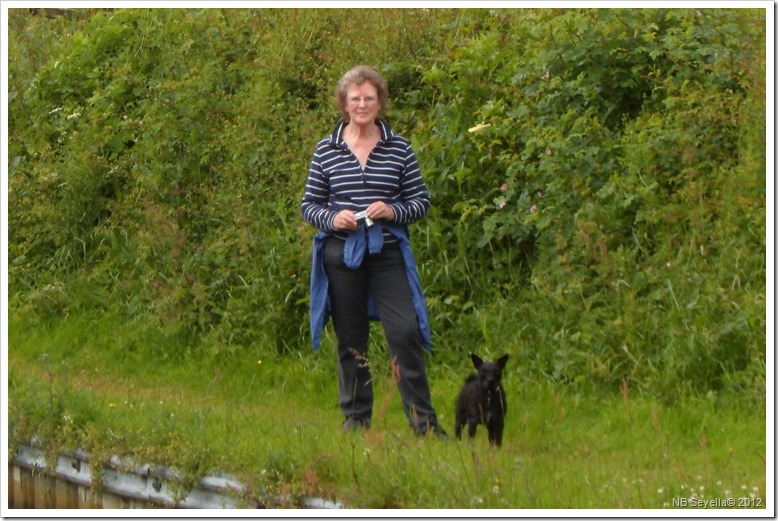 There are a couple of sharp turns under the A425 which must have been tricky to negotiate with a pair of 70’ narrowboats. 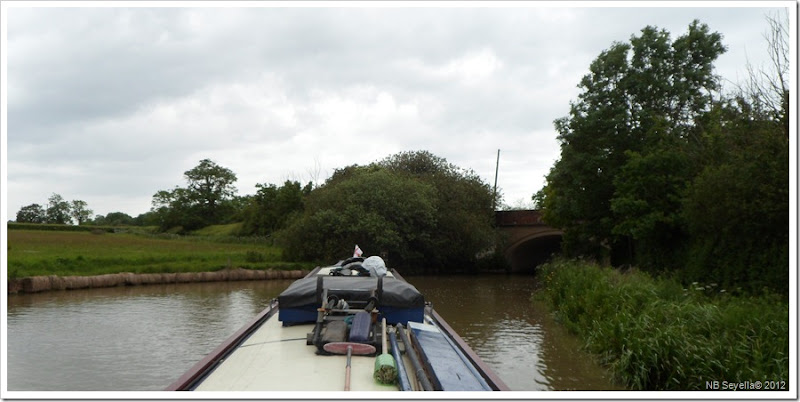 Napton Junction leaves on the right, heading towards Warwick. The Warwick and Napton Canal was originally planned to go to Braunston, but the route was modified before construction. It opened in 1800, joining the Warwick and Birmingham Canal at Saltisford.
Both canals became part of the long distance Grand Union Canal which came into being on January 1st 1929. It was an amalgamation of 4 major canals and several branches and arms. 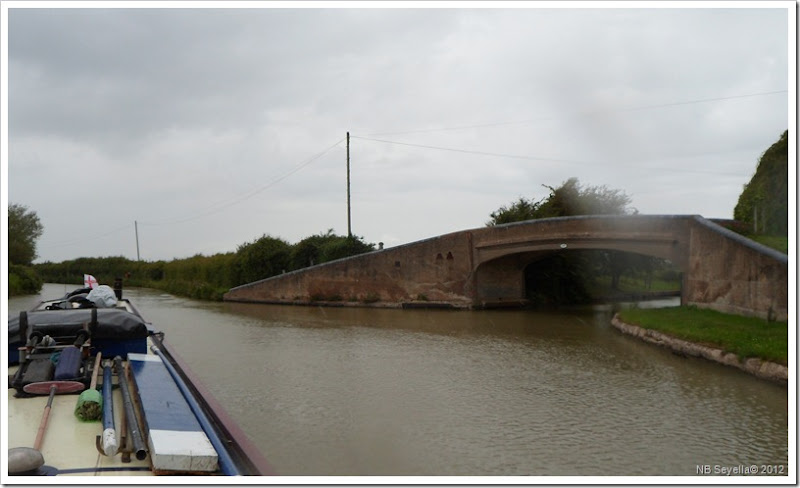 The functional concrete bridge dates from the modernisation in the 1930’s.

The Oxford from this point becomes narrower and shallower, circling around Napton Hill to reach the bottom of Napton Locks.

Unmodified from it’s late 18c dimensions, the South Oxford is more remote than the North 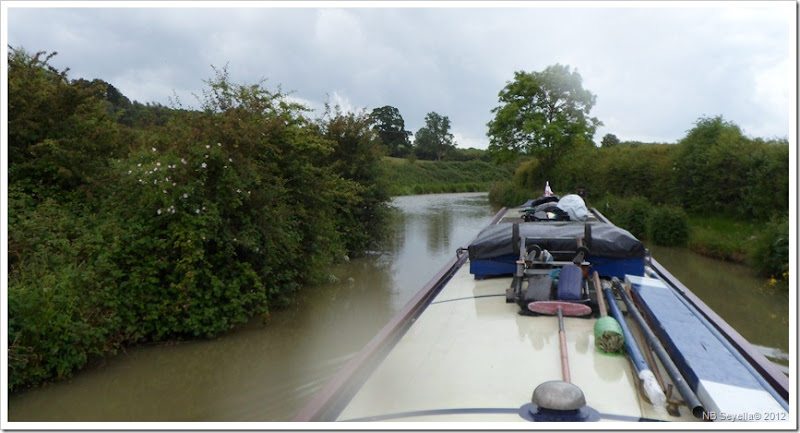 We toddled up the first four locks of the flight, mooring above Lock 11. 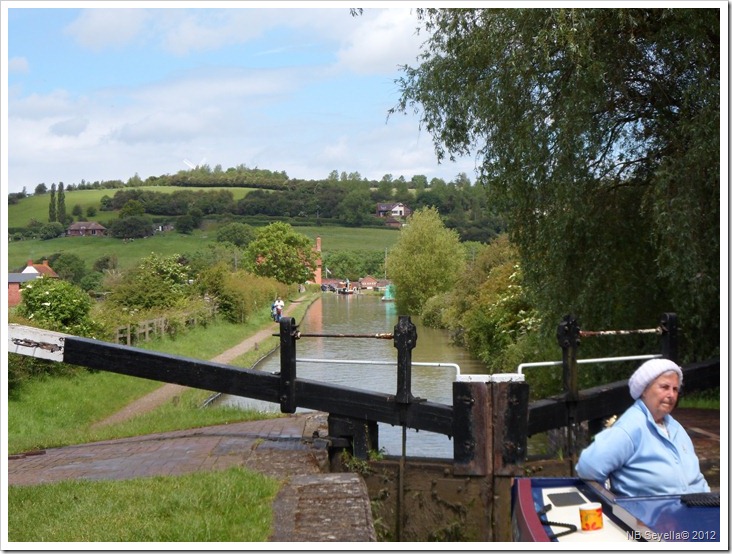 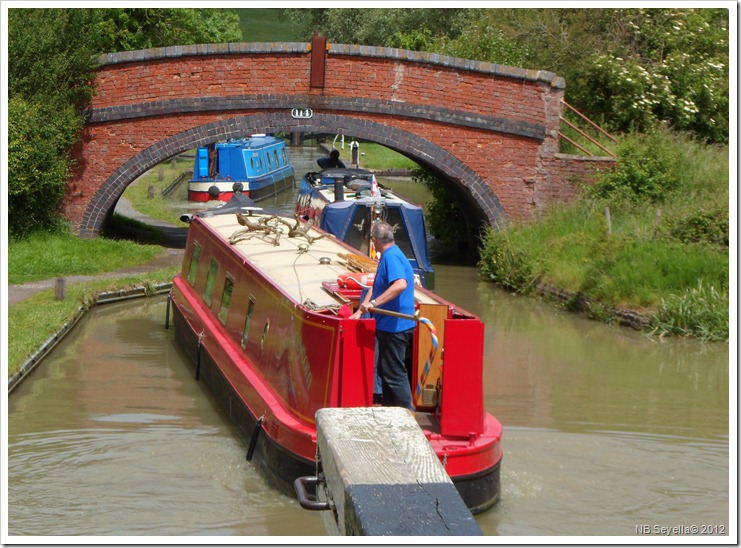 After a cloudy start and a few drops of rain it turned into a fine afternoon, so we had a walk with the dogs up Napton Hill.

Napton Windmill. This one still has it’s sails! 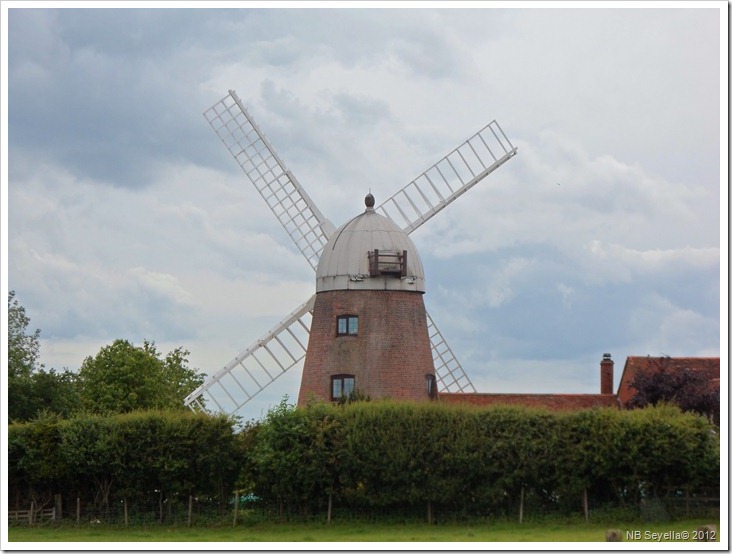 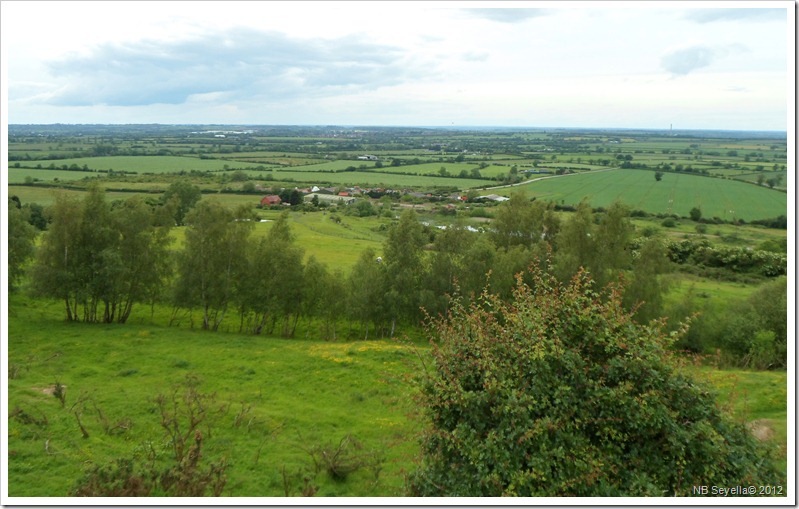 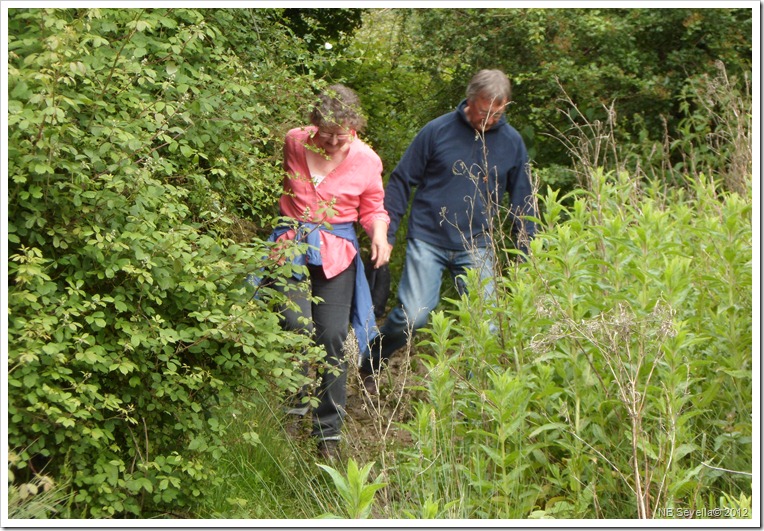 We had a fair bit of rain overnight, but this morning it was dry and bright. Meg and I set off to have a look at the engine house and arm higher up the Napton Flight.

Not much left of the pumphouse, a couple of gable ends and some later crinkly tin additions. 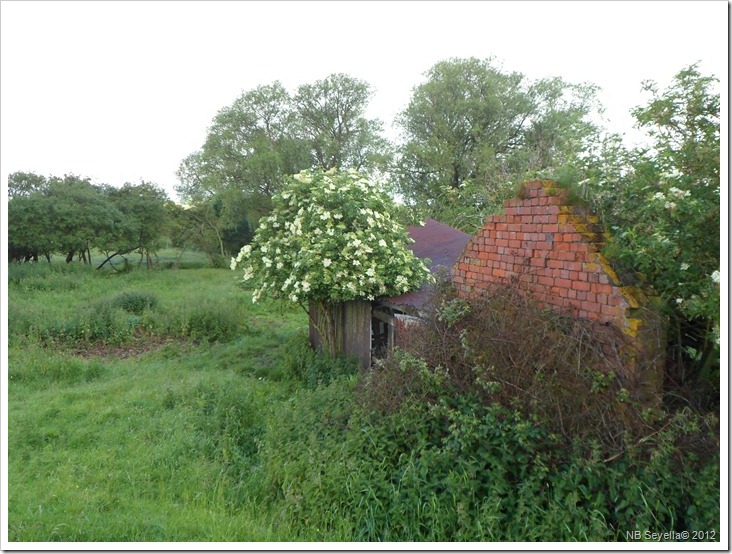 The arm is still in water, but very overgrown. 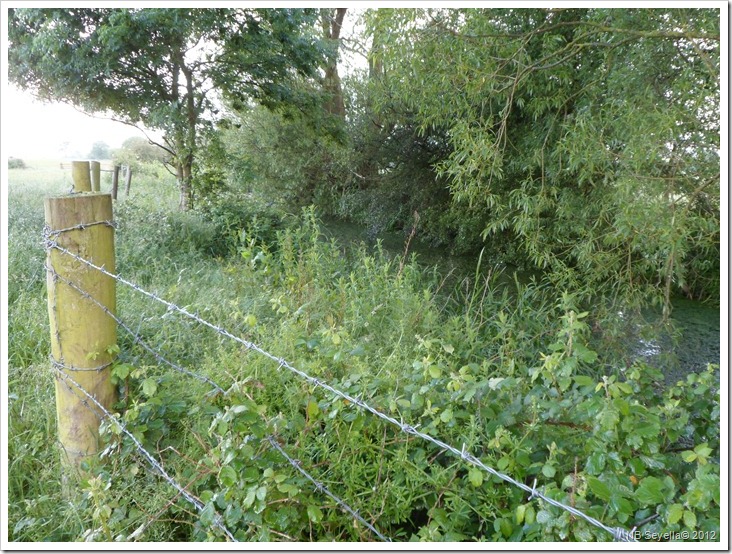 At the far (canal) end it’s used for moorings but these terminate at the first bridge.
The Oxford Canal has always had a problem with water supply, the summit often running low in dry weather. To overcome this the short Engine House Arm was built, leading to a building housing a steam engine and pump. Water was drawn from a well, and the pump started operation around 1793. Better reservoirs built to feed the Napton and Warwick Canal made the pump redundant, until 1911 when water shortages once again required the use of the underground source. The engine had long since gone so the company hired in steam ploughing engines to drive the pump.
Nowadays BW uses backpumping, returning water back up the locks,  during dry spells.

The entrance to the Arm from the canal, now moorings for the first hundred yards. 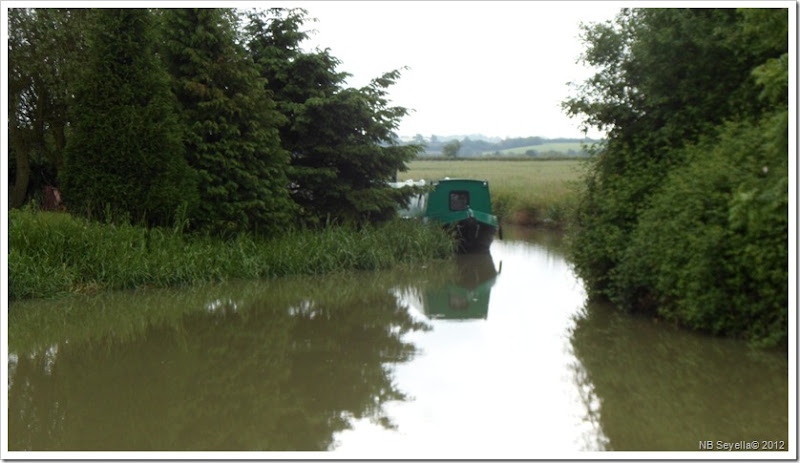 There’s a herd of these cattle grazing the fields alongside the canal, not sure what they are but they certainly ain’t Fresians! 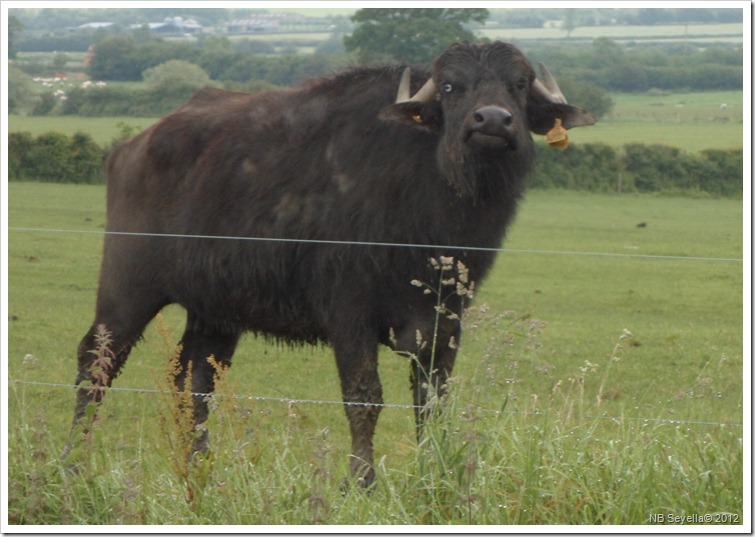 Another 10:30 start saw us heading up the rest of the locks, Rock’n’Roll leading today to take advantage of downhill traffic. George thoughtfully lifted a paddle on each lock as they moved up, so the chambers were almost empty by the time we got to them. 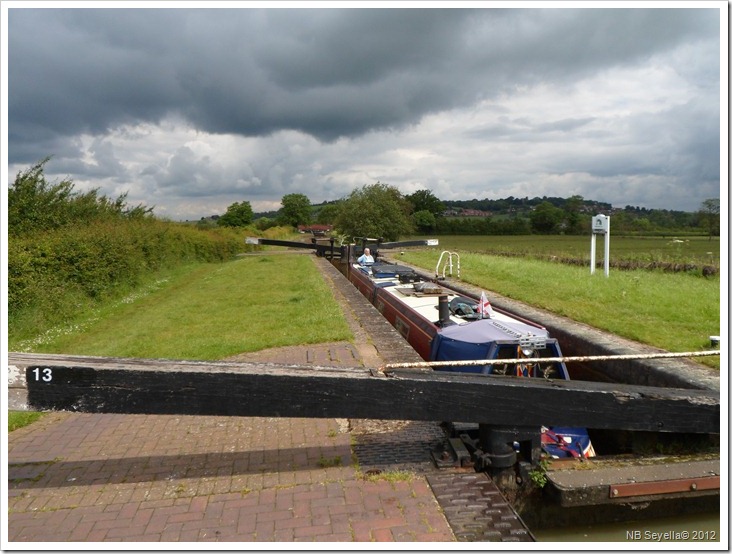 I had a bit of a crisis going up here, I thought I‘d forgotten how to count! This is Lock 13, right? So we’ve done one at Hawkesbury, three at Hillmorton, then four yesterday afternoon. With the two done this morning that makes 1+3+4+2=10. So why is this number 13?
The penny dropped when I remembered that the Hillmorton Locks are paired and all six have a number. They are 2 and 3, 4 and 5, and 6 and 7 at the top. So that’s where the missing three came from. The numbering is unusual; on the Trent and Mersey the paired locks on the Cheshire flight share a number between them.

We emerged from the top lock at Marston Doles onto the summit level, now at around 375 feet above the sea. The Warwickshire countryside was looking it’s best in the sunshine. 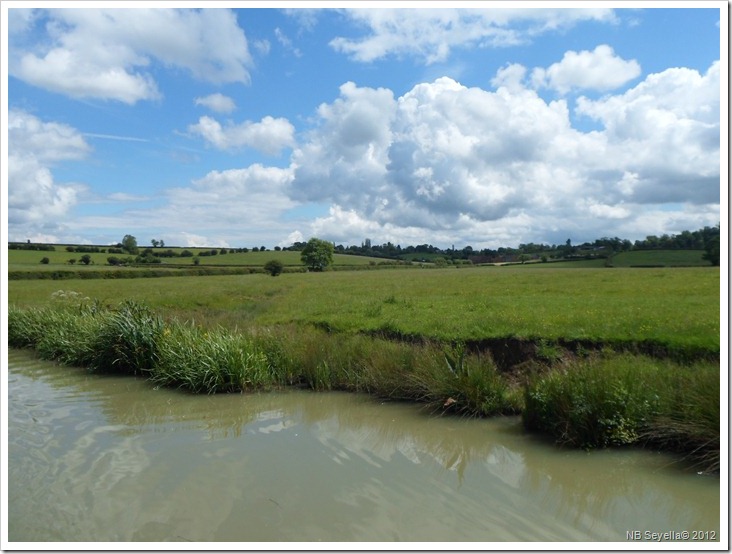 R’n’R needed a water tank top-up, so we left them behind for a while as we ambled gently through the fine scenery, twisting and turning around the gentle ups and downs.
Near Bridge 128 the modern world intrudes… Arghhh, not that flaming railway again! 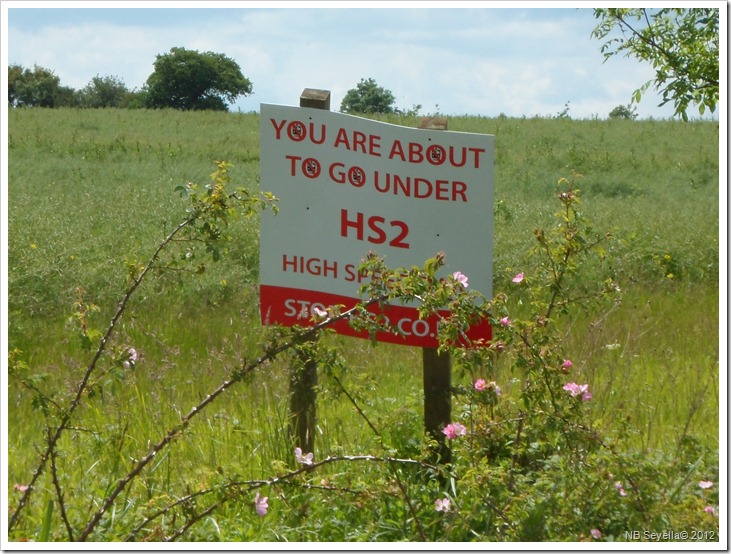 Not for another few years yet, but  guess it’ll happen. Big business, you know.

Anyway, the old bridge looks like it needs replacing…. 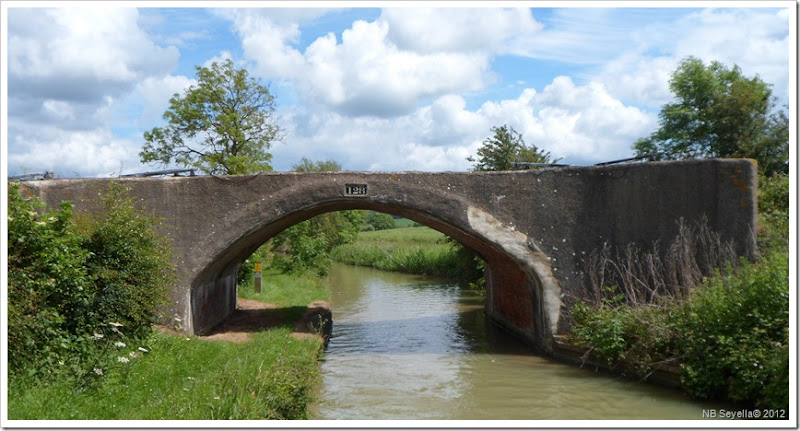 We moored on a fine length of piling with open views across the sunny countryside just past Bridge 129.

Chairs out and we had a wind-down brew and cake on the towpath in the sun. Then George got the barbeque out and the sun went in….

Oh, and just in case you were wondering why I was quiet yesterday…. I’ve been busy. The deck and lockers at the fore-end have had a make-over! 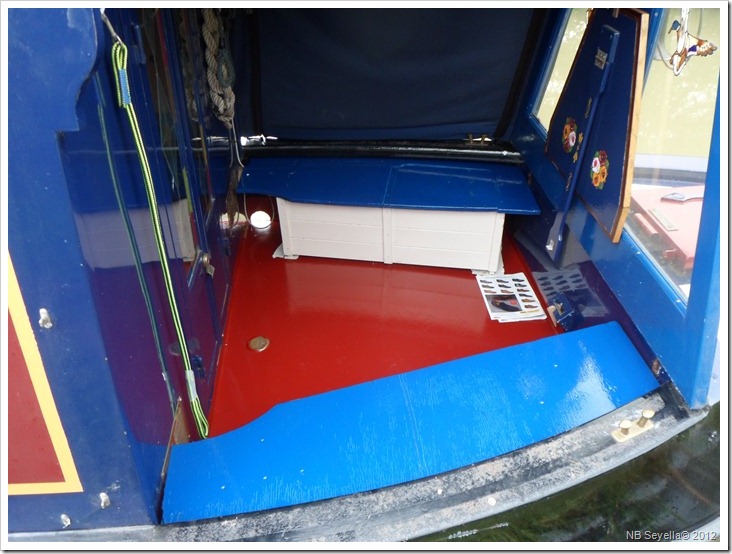 Hi Geoff - The beasts are Water Buffalo, the only reason I know is that we had a buffalo pie when mooored at the Bridge Inn a few years ago! Very healthy meat and very tasty.
Good decision to go to the Thames we are having second thoughts about the Trent and the Ouse, trouble is cannot make our minds up on a plan B!
Andy Bayley

Looks more like 1954 to me. But then I was struggling with the W in BWL.

Hope you have been reading the warnings in M2L's blog.