Another flying start today, under way by 08:30. An hour to Woodend Lock through the delightful Ravenshaw Wood was wet, but the rain eased as soon as we arrived.

The woods are superb, even in the rain. 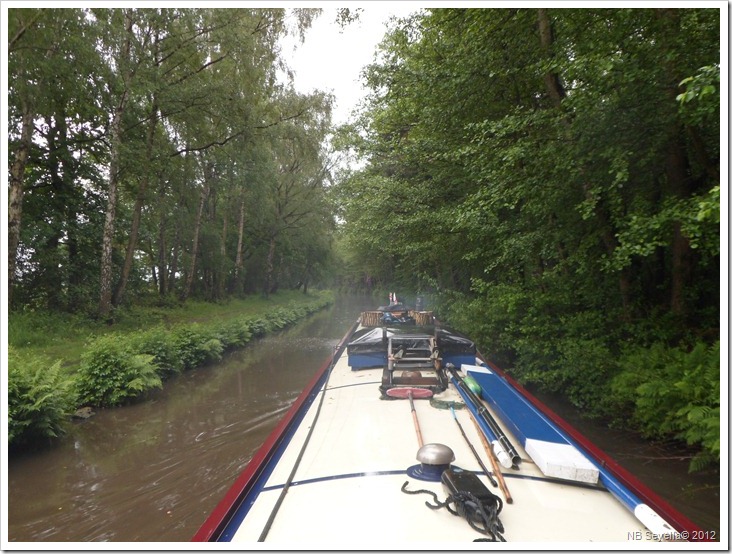 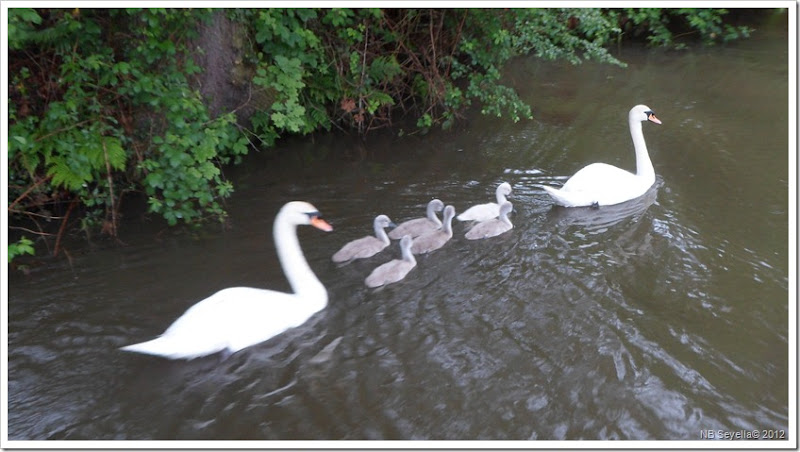 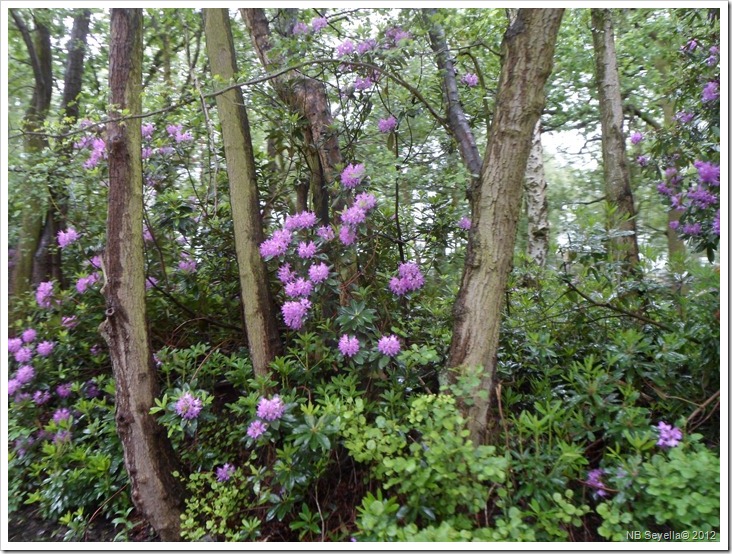 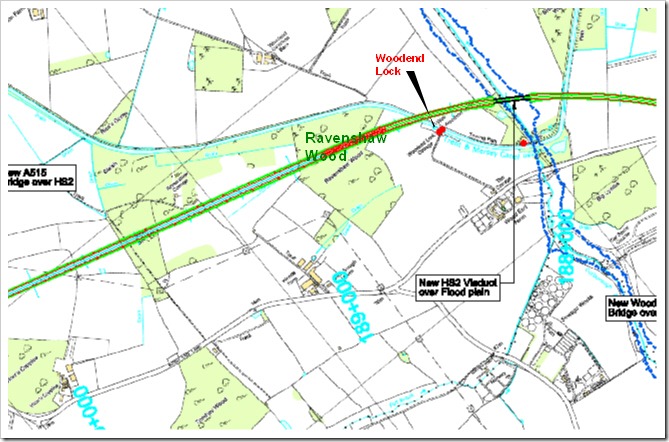 We arrived at Woodend Lock as a boat was coming up, and there were another two waiting below, so we didn’t have to do so much. The same happened at Shade House Lock, the top of the Fradley Locks. 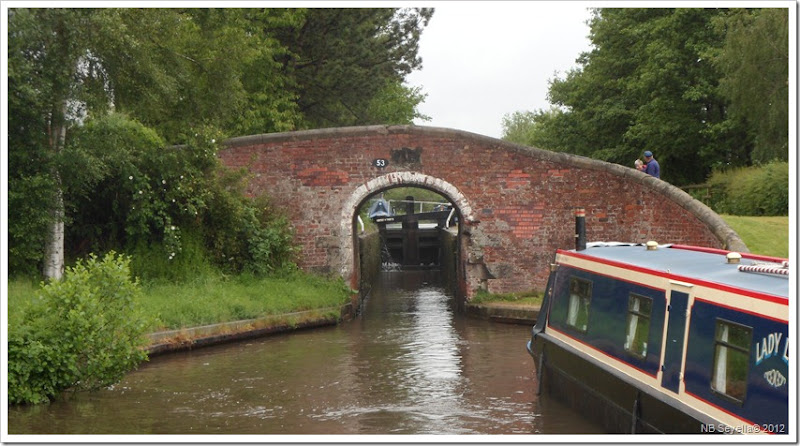 And arriving at Shade House 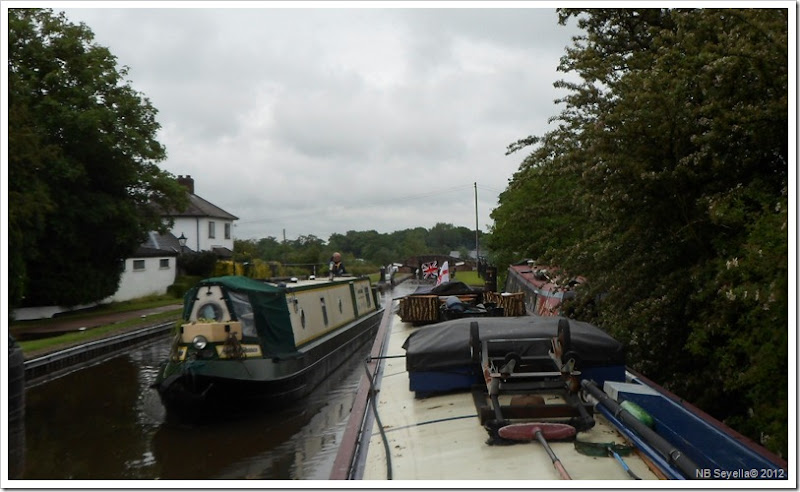 With good timing at the next lock as well we were turning onto the Coventry Canal at 10:00.

Through the swing bridge onto the Coventry Canal 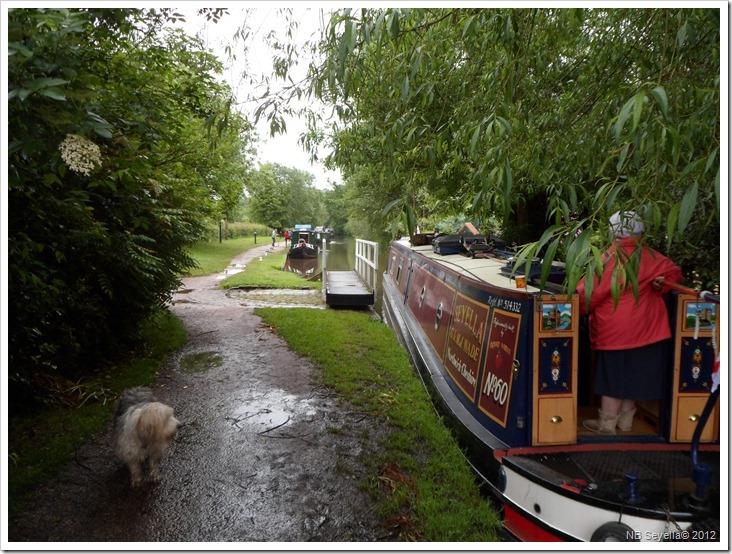 The moorings and both water points were full, so it was maybe 200 yards further along that Mags was able to pick up Meg and I.

A little further along a tree was down, blocking half of the canal. I held back to allow a boat through the gap, then ran aground as I tried to go through myself. Should have stayed closer to the vegetation… 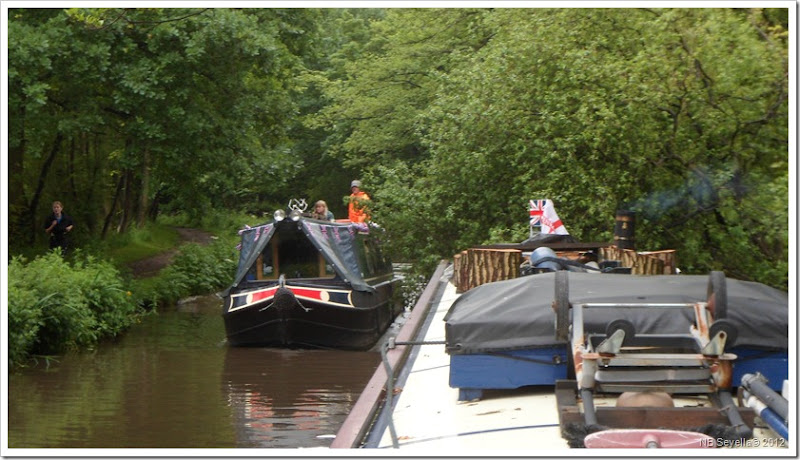 The canal didn’t seem as busy as the Trent and Mersey we’d just left, and we made good time, past Streethay Wharf and another new marina being dug just south of Bridge  85. 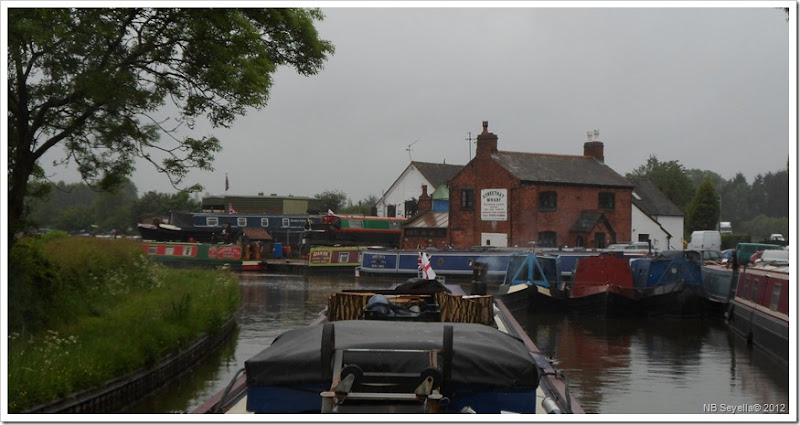 Another hole for boats 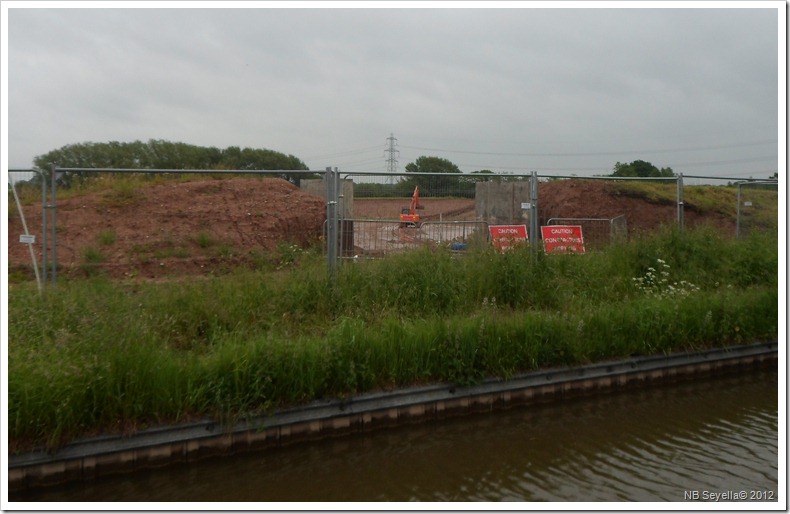 Huddlesford Junction is now the base for the Lichfield Cruising Club, but was the point where the Wyrley and Essington Canal set off westward towards Wolverhampton and the northern Birmingham Canal Navigations. The canal and various branches were abandoned in the 1950’s and 60’s, but there are ambitious plans to restore the route. The club will have to relocate then, I guess.

Huddlesford Junction and the start of the Wyrley and Essington. 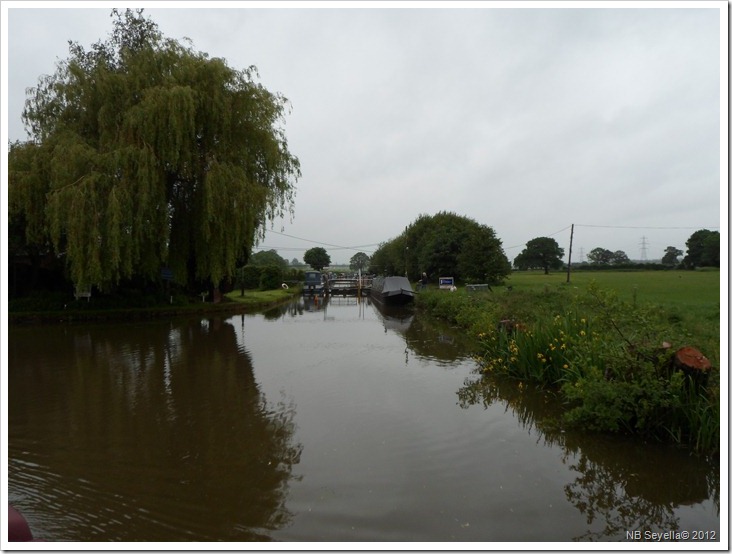 Whittingon is a handy stopping point for shopping and refreshments, but we carried on today. It’s here too that this isolated section of the Coventry Canal makes an end on connection with the Birmingham and Fazeley.
The Coventry Canal was authorised by an Act in 1768, and the Coventry Canal Company was formed, appointing the respected James Brindley as Chief Engineer. Cost over-runs dogged the project, and Brindley was discharged a year later, when the canal reached Atherstone.
It reached Fazeley,  linking with the new Birmingham and Fazeley Canal, but then the money ran out again, so the B&FCC and the Trent and Mersey Canal Company bailed them out, finishing the last surveyed stretch between Fazeley and Fradley.
The T&MCC started south from Fradley, the B&FCC heading north from Fazeley, both meeting at Whittington Brook in 1789. This was not altruism; both companies recognised the benefits to their own navigations if the link was completed.
The northern length was later transferred to the Coventry Canal Co., but the southern section remained firmly in the hands of the Birmingham company. Thus the 5½ miles from Fradley to Whittington is the Coventry Canal, which connects to the Birmingham and Fazeley, which then reconnects to the Coventry at Fazeley Junction. There’s a marker stone at the end-to-end junction at Whittington Brook. 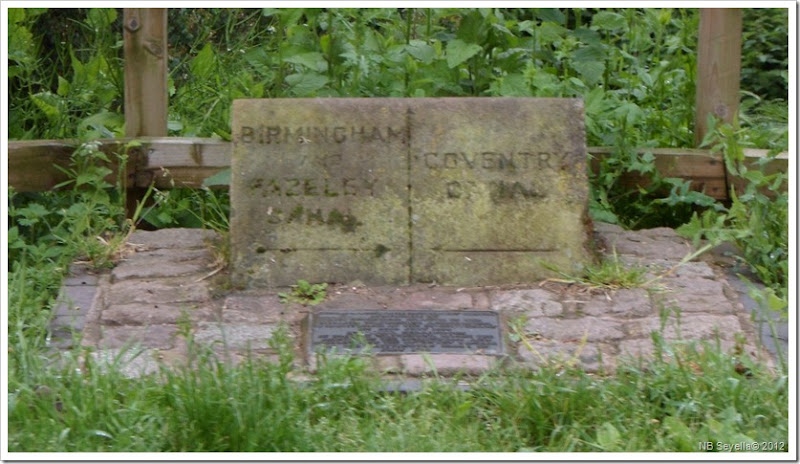 The Coventry Canal used the common method of numbering their bridges, whereas the Birmingham and Fazeley preferred naming them. So bridges from Whittington to Fazeley (and on to Salford Junction) have names reflecting local features. 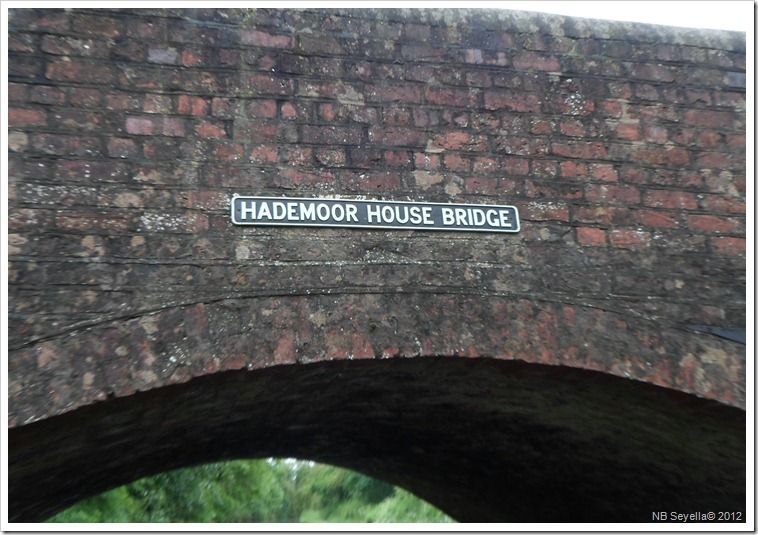 After the early rain the day had brightened a little, but there was always a bit of dampness in the wind. But after noon it deteriorated again, the rain becoming steady and the temperature dropping.
I put my gloves on and my hood up, closed the rear doors and pulled the hatch slide up to my chest and plodded on, through Hopwas and eventually we arrived at Fazeley, mooring just up from the junction at around 14:00.

The rain has eased again now, but there has been a steady procession of damp boaters chugging past since we stopped. Forecast for tomorrow is worse, we’d like to get to somewhere near Atherstone, but we’ll see.

We ‘tipped’ quite alarmingly when we came past the tree across the canal just below Fradley so I rang BW thinking that it was a recent occurrence. I told the area supervisor that the tree was seriously impeding navigation and he informed me that they already knew about it but that it was possible to pass it with care and that they couldn’t remove the tree as it had birds nesting in it!

Hi Carol
I just got "Thankyou, we know about it and will remove it when we can"
No mention of birds, maybe that excuse is wearing a bit thin...