A Tale of Two Tunnels.

We had a few more showers overnight, but this morning was dry and we were on the move at 09:30.
Just 5 minutes took us to the entrance to Braunston Tunnel. 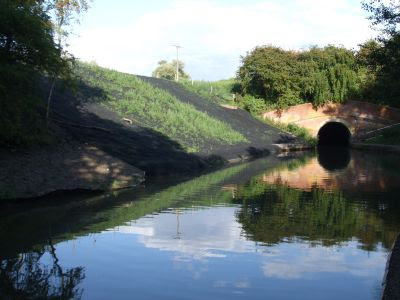 The black matting area on the left of the tunnel 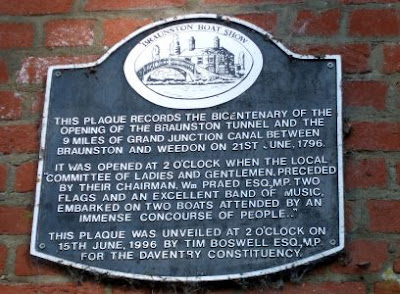 mouth is bank reinforcement, to prevent a reccurrence of the land slip which closed the tunnel for a while in 2007.

It was in this tunnel we acquired our first dent, when we were struck by a boat coming the other way. We’d stopped and pulled over as tight as we could to the wall, but there still wasn’t enough room for the oncoming boat. We’ve got a few more since then…..

It’s a couple of miles to Norton Junction and the left turn onto the Leicester Line of the Grand Union Canal.

Looking across the fields to the junction, the little footbridge is on the Leicester Line. 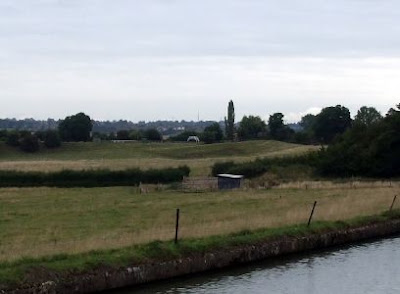 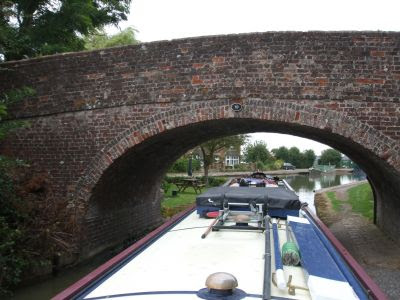 There are good moorings in the first mile or so of the branch, this is where we originally planned to be last night. I’m glad we didn’t push on though, with those showers blowing in.

NB Page is here, with it’s little “granny flat”. I could do with one of these. 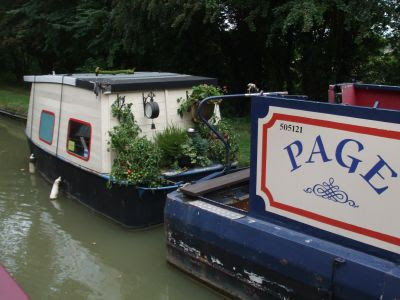 The banks turn overgrown and reedy as the canal heads into the country, but the M1, railway line and Watling Street all crowd in on the waterway inside two miles. Then Watford Locks is reached. 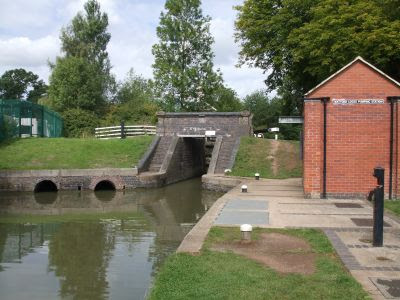 There are seven locks here, three individuals and four in a staircase. Cathy the resident lock keeper keeps everyone in order.
We arrived at the wrong time, there was a queue of seven boats just starting down when we pulled up, with another four in front of us waiting to go up. So we had a wait of about 1½ hours, but I kept myself busy by shepherding the descending boats through the bottom lock.

Once in the flight we were able to get on, and made the top in less than an hour. Leaving the top lock the canal ducks under the motorway then heads once more into the peace and quiet of the Northamptonshire countryside. We’ve moored along here in the past, looking out over a field full of sheep, but today we wanted to get to Crick, and that meant going through the second tunnel of the day.

We’d met four boats going through Braunston Tunnel, fortunately all of them being as careful to avoid contact as us. Crick Tunnel was by contrast empty, just one boat ahead of us in the distance. 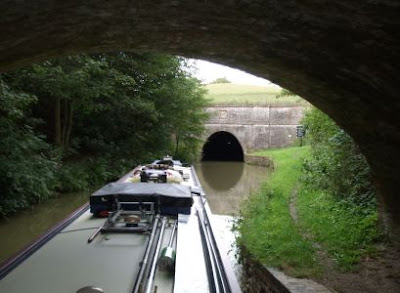 Approaching the far end we saw a boat come into view. I thought that it’d be a shame to meet a boat just 100 yards from daylight. Obviously that boater thought the same and waited till we came out before entering the tunnel.

Out of Crick Tunnel, courteous steerer on NB Dolce Vita. 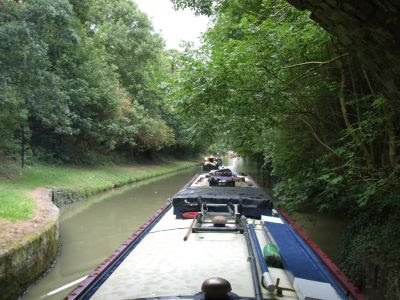 Through another bridge and we pulled over on the moorings opposite Crick Marina.
There’s a bit of shopping needs doing before we toddle off tomorrow.