Off the river, onto the canal.

I had a long run this morning, then we had water filling and loo emptying to attend to, so it was around 10 before we got away.
I told you it was nice at Luddington… 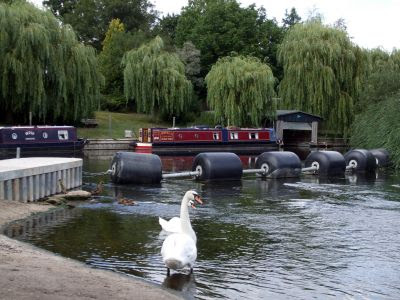 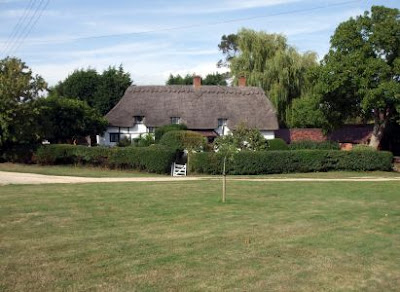 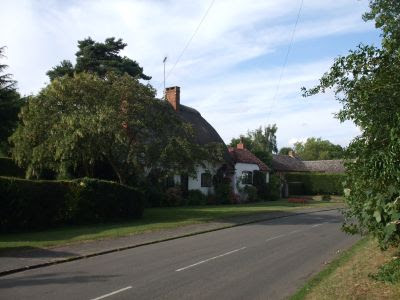 We had two miles to cruise before arriving at Weir Brake Lock. 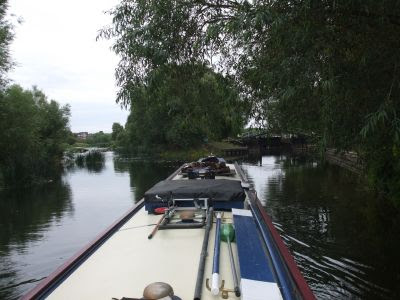 This, along with several others, was built with volunteer labour from the local Borstal. Inmates from Gloucester Jail also helped on some of them. 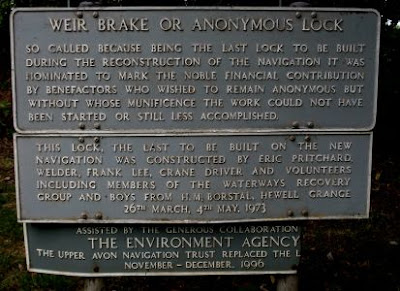 The last Avon Lock is Stratford Trinity, aka Colin P Witter. It’s built on very unstable ground, and has a steel framework to maintain the integrity of the chamber. 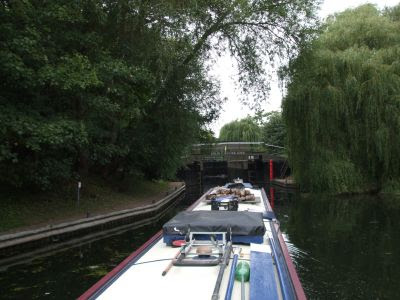 We’d met a couple of lads with time and a windlass on their hands, and they helped us through both of these locks, opening gates and winding paddles.

Bob (on the left) and Connor, Seyella’s little helpers. 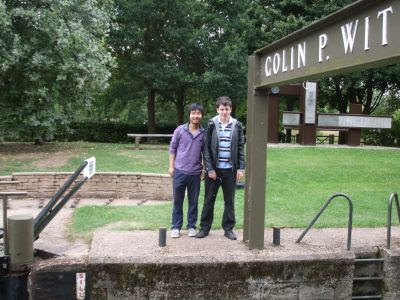 You can see part of the reinforcing frame on the right.

Leaving the lock the church from which it got its name is passed…. 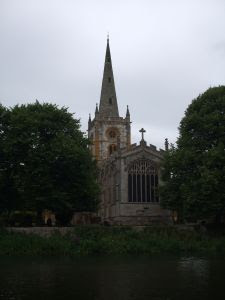 Then you enter the broad reach of the river into the parkland alongside the town. 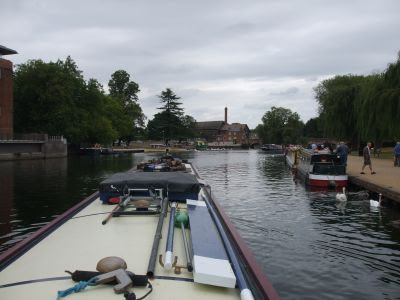 The Royal Shakespeare Theatre is on the left, the earlier part, looking like a power station, at the far end was built in the 30’s. The newer addition at this end is much more aesthetically pleasing. 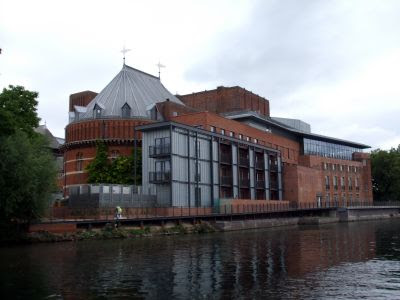 We pulled on to a mooring on the right, across from Wide Lock, connecting to the Stratford Canal, and were descended upon by voracious tourists. 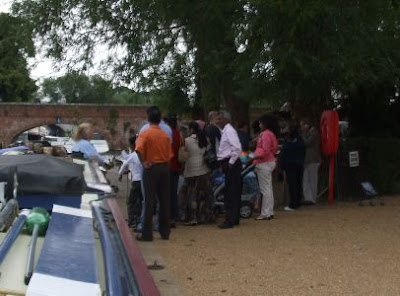 Meg and I had a walk up to Bancroft Basin, just above Wide Lock. There’re are pontoon moorings up here, with several spaces, so we took advantage of an empty lock, and went up to moor there. 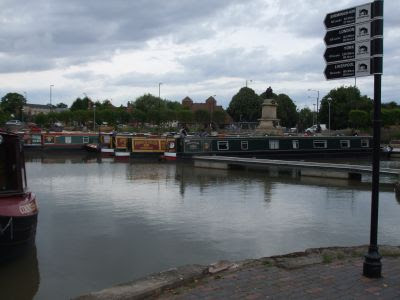 It’s still busy here, but at least folk can’t peer in the windows!

Even though we've had some rain, the planned closure of the Western side of the Leeds and Liverpool Canal went ahead yesterday. Most of the hire fleets seem to have relocated to the other side of Skipton, but some will have been left high and dry.