Old boats by the fist full.

First off, sorry for not posting yesterday, just in case you noticed. Where we stopped between Braunston Top Lock and the tunnel there was no network coverage on 3, Orange or Vodaphone. That’s a good blackspot, I can usually get one out of three!
This is the post I wrote for yesterday’s trip.

Well, we’d planned to move up to Braunston yesterday, but stopped alongside NB Wilvir for a chat to Bill and Ginny before we left. The chat got quite long-winded, we took the dogs for a walk, and decided it was too late to go anywhere after all.
It’s been a fine couple of days, hazy sunshine putting smiles on boater’s faces and T shirts on their backs.

We had to move on today, loos were getting full, and we really need to be north of Leicester by the end of the month, so we said our goodbyes to Bill, Ginny and Gunner and moved out.

Mags and Meg with Bill, Ginny and Gunner. 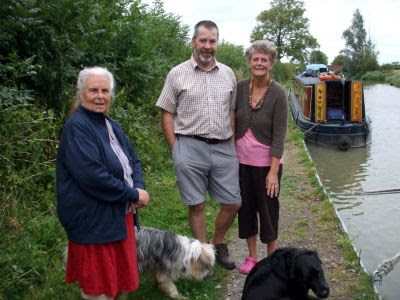 Although this 5 mile stretch between Napton and Braunston is now part of the Grand Union Main Line, it was built as part of the Oxford Canal, a direct route from near Coventry to the Thames. The Grand Union is actually all or parts of more than 8 separately constructed navigations. They were all incorporated into one in the 1920’s, part of a strategy to improve commercial use.
As an earlier, contour canal, the Oxford twists and wiggles it’s way around the folds in the land, heading generally north.

At Wolfhamcote there’s a winding hole with assortment of ex working boats clustered around, some in better condition than others. 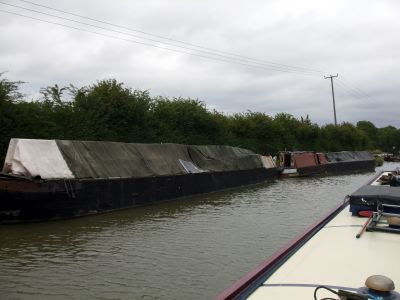 A little further on we had a treat, with the pair Aquarius and Fazeley coming towards us, loaded with coal. 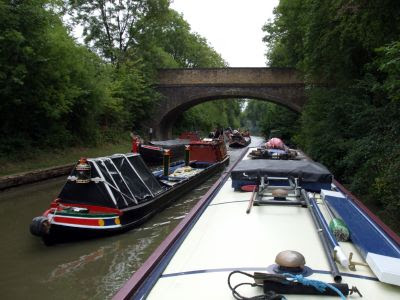 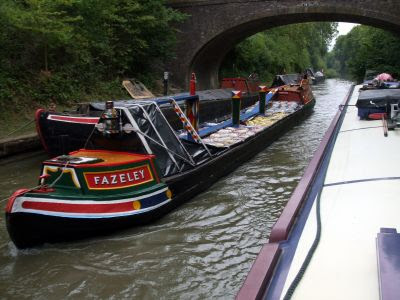 Then another couple, tied up. 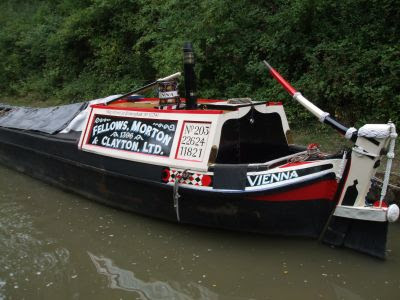 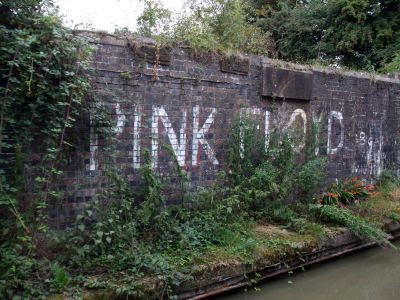 Braunston Turn must be one of the most photographed junctions on the network. 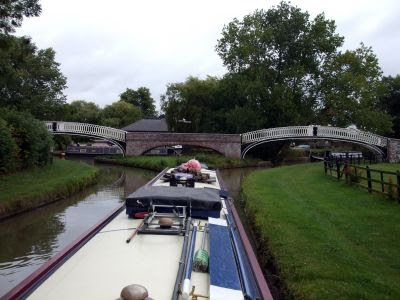 We made a right here, paused to pick up a couple of bags of solid fuel from a coal boat, then pulled onto the al fresco sanitary station.

We were filling up with water when a familiar figure appeared, followed by a familiar boat. Bill and Ginny were intending to head up to Rugby (left at the Turn) but wanted to stop at Midland Chandlers and the services at the junction. Both were thronged, with boats breasted up, so they came along into Braunston instead. Ginny had walked up with Gunner, Bill took Wilvir up to the winding hole, turned around and came back to use the facilities as we finished.

We said goodbye for the second time, and left to find a mooring for a short while so I could visit Braunston Chandlers for that antenna adapter I spoke about last time. None to be had, so I jumped off at Bridge 1, trotted up to the shop and was waiting on the bottom lock landing as Mags brought the boat up.

We had to wait while another breasted up pair came out. 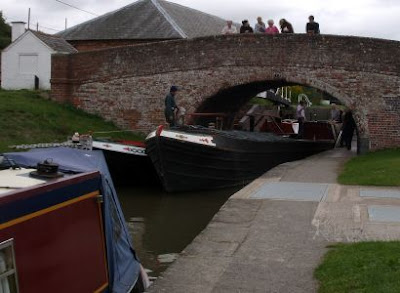 We did the first two locks in company with another boat, but they pulled in to make a visit to The Admiral Nelson for a pint, so we pressed on on our own. Not a big problem, there were boats coming down so we could leave gates open and locks were empty ahead of us.

We pulled in at just before 2 o’clock on the rebuilt 48 hour moorings just above the top lock. We were going to do another couple of miles, to get up onto the Leicester Line near Weltonhythe Marina, but the sunshine was too tempting, and I’d had enough by then. We had a couple of hours sun, then the sky got very black and we were hit by a heavy thunderstorm. 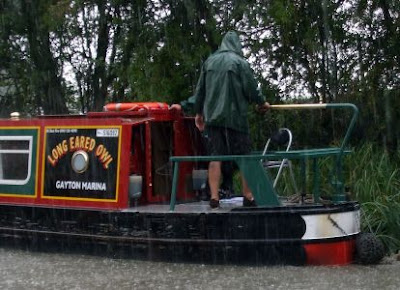 The black clouds moved over, and it’s sunny again now.