It’s all downhill from here…

Had a civilised start again today, off at around 10 o’clock. Just around the corner is the county boundary, so we’re now in Leicestershire. The rolling landscape still looks the same, though. 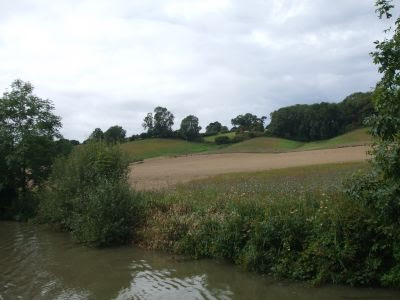 The Welford Arm comes in near here, a navigable feeder bringing water in from two reservoirs above the town. Reclaimed from dereliction in 1969, it runs up to a small basin and marina, through a shallow lock. 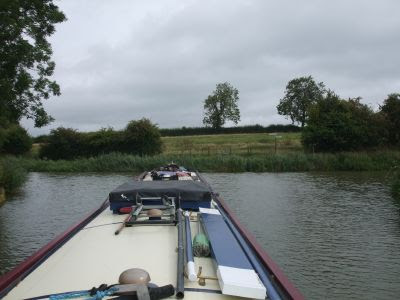 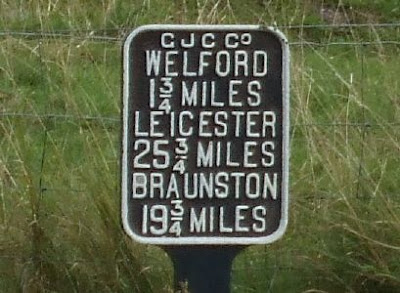 We needed diesel and gas, and so intended to pull in at North Kilworth Wharf, just about a mile from the junction. A boat came out from Welford just ahead of us, and they beat us to the wharf, pulling in for fuel and a loo pump-out. We dropped onto one of the pontoons used for permanent moorings for the 45 minute wait. 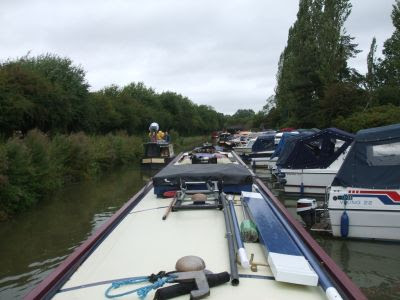 These last two fills we’ve used about 8% more fuel per hour than our usual consumption. I think it’s because we’ve been on the rivers Severn and Avon, at least I hope so. I’ll know better next time. The short bits of the Soar are not going to make a lot of difference.

We got away again and had a gentle cruise to the top of Foxton Locks. From Welford the canal is wider and deeper, probably more boats use this bit.

BW have recently done some bank repair work in the cutting towards Husbands Bosworth Tunnel. 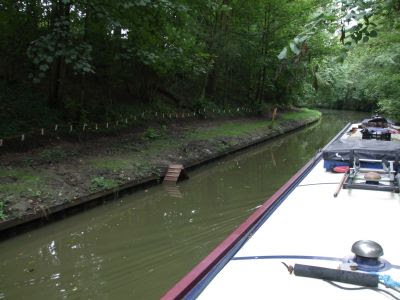 They even included several duck ramps!

A softer, more environmentally friendly (and probably significantly cheaper) method has been used instead of sheet steel piling.
A flexible membrane is supported by timber posts forced into the canal bed, then the space behind backfilled with silt dredged from the canal. A wooden rail along the front of the posts holds the whole thing together till the silt consolidates.

Husbands Bosworth Tunnel is shorter than the previous two, at 1166 yards. It’s wide, high and drier than Chirk.
We met one boat coming the other way, passing without incident.

Husbands Bosworth Tunnel.
A lot of the villages around here seem to have double-barreled names. Husbands Bosworth, Market Harborough, Smeeton Westerby (I love that one) and Kibworth Beauchamp. There must be some historical significance.

There’s been a brisk breeze today, but it’s not affected us very much, with high hedges or cuttings deflecting the wind. But it did bring heavy, rain-filled clouds over, one of which dumped on us for half an hour. But the warm wind soon dried things off afterwards.

We arrived at the top of Foxton Locks at around 2, mooring just before Gumley Road Bridge. It’s quieter here, off the tourist route around the locks and inclined plane. This is the end of the 20½ mile long summit level. From here it’s a steady fall all the way to the Trent.