It’s exactly four years since we embarked on our new watery lifestyle. We’d actually moved onto Seyella on the 5th, but she wasn’t ready to cruise, so we spent the first four nights in the marina. The blog entry is here.
We didn’t go so far that first day, just to Marbury Wood, all of four miles, so no change there, then!

There are some pleasant walks around Lowsonford, the South Warwickshire countryside is very reminiscent of the Leicestershire/Northamptonshire boundary area. 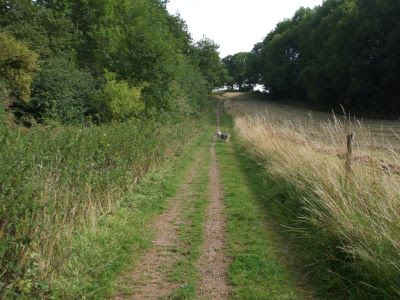 The Fleur De Lys has been popular this weekend. Formerly a row of cottages, this pub is the home of Fleur De Lys pies. The baking has now moved on to bigger premises, but the pub still has a good reputation for food. 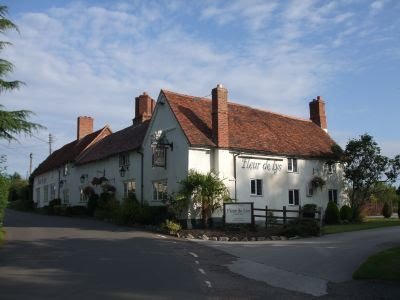 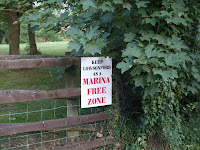 There’s been a few boats coming and going this weekend, mainly hire boats from Alvechurch and Wootton.


There’s a proposed marina development just to the south of the village. There seems to be a lot of local opposition, and I can’t say I blame them. It would be a shame to spoil this picturesque stretch with a boat park. Have a look at the action group website. 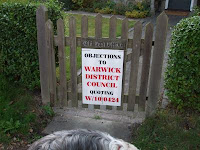 We were on our way at 9 o’clock this morning, in fine, warm, dry but breezy weather. Straight into the first of nine narrow locks today, still climbing up towards the Black Country plateau. 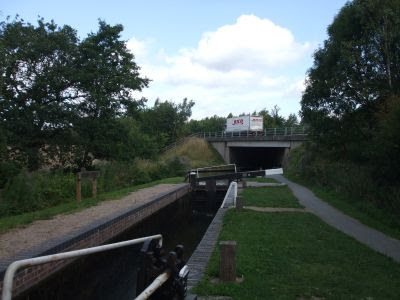 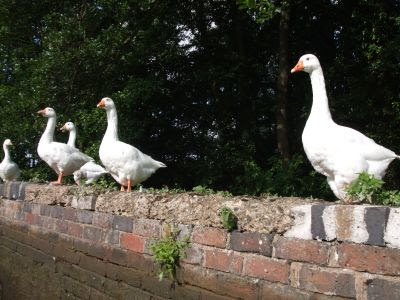 Lock 22 was our last one on the Stratford on Avon Canal before turning off through the Lapworth Link to the Grand Union.

Lock 22
This is also the last narrow lock we’ll see till we get to Watford on the Leicester Line.

The Stratford and Grand Union canals don’t actually meet, they pass with a couple of hundred yards of each other and are connected by a short waterway called the Lapworth Link.
I imagine a few first timers get a little lost, trying to decide which way to go.

The connection is a hard right turn from our direction, and there’s a large turning basin to provide space.

NB Littleholme is just heading for the entrance. 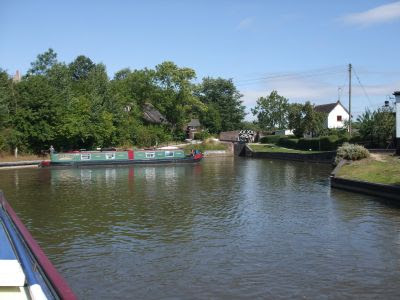 Then it was our turn 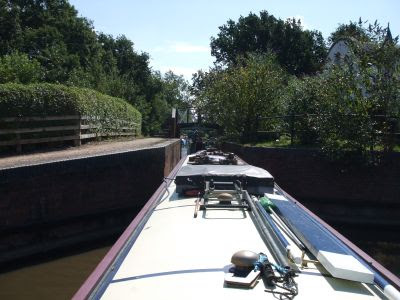 Past some moored boats and out onto the Grand Union.

Left to Birmingham, right to Warwick. 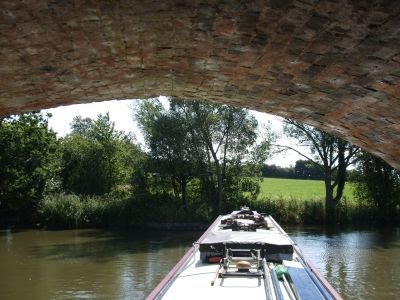 We turned right, onto an entirely different waterway. Gone are the reed fringes, mostly the banks are concrete piling. There is one similarity; they are both shallow at the edges! 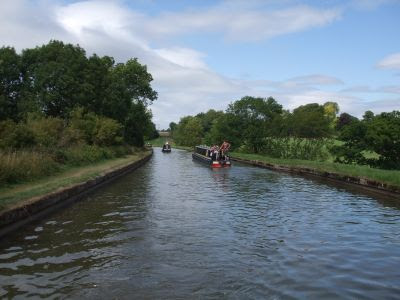 Shrewley Tunnel is a short but very wet passage through a ridge. 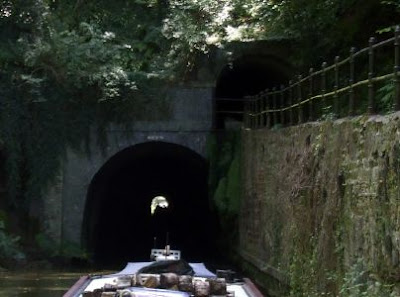 There’s no towpath, but there’s a horse tunnel just visible high up to the right of the main entrance.

Out of the tunnel to dry off again in the sunshine, and we had another 1½ miles to go to the top of the Hatton Flight, which drops the canal down through 21 locks to Warwick.
That’s the job for tomorrow.

Please sponsor me!
Posted by Geoff and Mags at 4:14 pm