Today dawned clear and sunny and Meg and I set off across the fields to Marlcliff, then back along the river. A very pleasant walk.

Bidford over the river 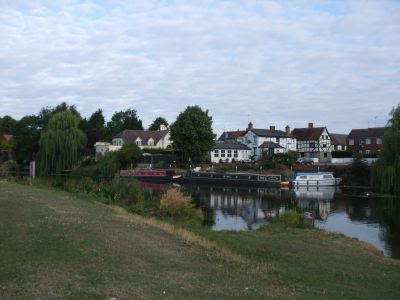 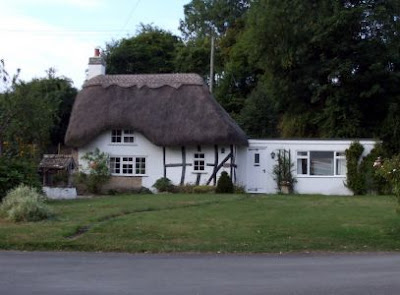 Not sure how they got Planning Permission for the “monstrous carbuncle” of an extension, though.

We got away before 09:30, under the arches of the 15C bridge. I’m kicking myself for not going up into the village, there’s supposed to be an excellent bakery selling home-made pies. Mmmm, pies.

Bidford Bridge, built by monks from Alcester. I think the arches were designed by a committee that couldn’t decide on the shape and size… 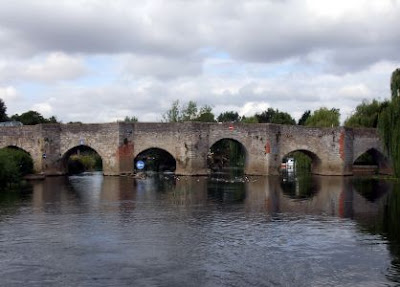 We went through four locks today, all of which have attractive moorings above. They’ll only accommodate maybe three boats though, so you have to get there early! 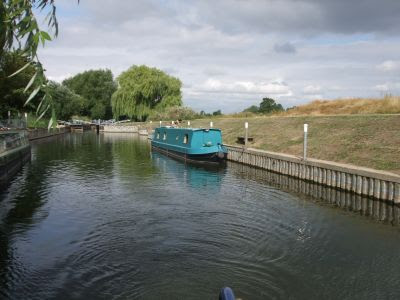 Welford Lock, with a big weir on the right. 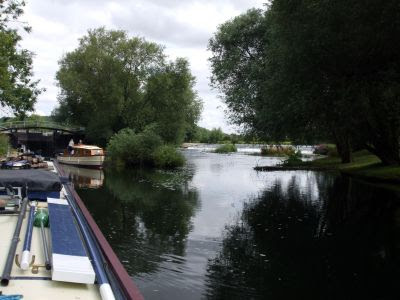 Just above Welford Lock, typical Upper Avon, with “Cousin It” trees (Mags’ name for willows) hanging over the water. 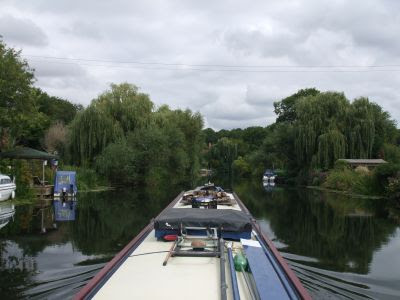 I think we’re in a “stockbroker belt”, there’re some posh houses around here… 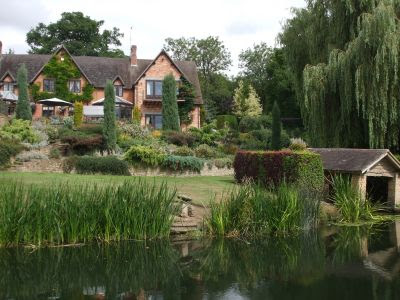 Binton Bridges, just East of Welford, is a hazard to navigation in high water conditions. The river is shallow here, and the navigation arch is off to one side, making lining up, if coming downstream, difficult. 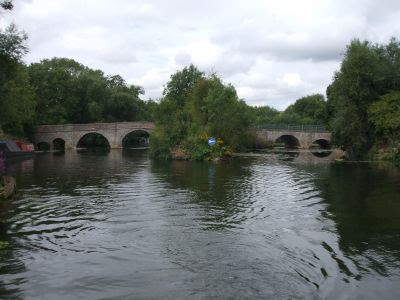 We arrived at Luddington Lock just as a couple of boats were coming out, and there were two more waiting to come down, so we didn’t have to do a lot.

There are very pleasant moorings here, just above the lock, and we’ve pulled over for the night. 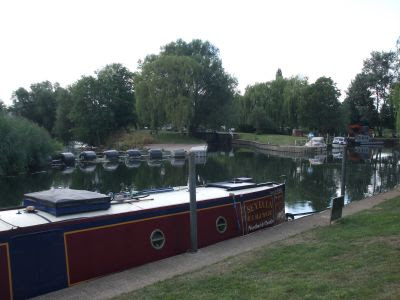 Mags looks pensive, I’ve just told her how many locks there are between here and Braunston, Meg just wants her ball throwing… 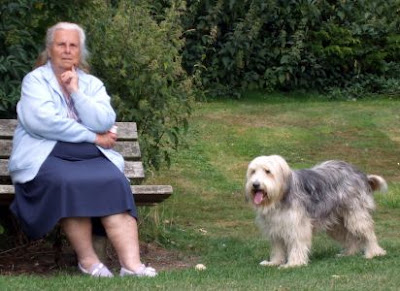 The Dover Locks Inn was always considered to be the best, safe spot to moor before or after Wigan on the Leigh Branch. Maybe have to rethink...