We had to pay for having such a pleasant day yesterday, didn’t we. Heavy overnight rain left big puddles on the towpath, but at least they’d cleared by the morning. Still grey though, with more forecast.
We were on the move around 10 as usual.

There’s a designated SSSI along the canal, starting just past Debdale Wharf Marina. It runs all the way to Kilby Bridge. 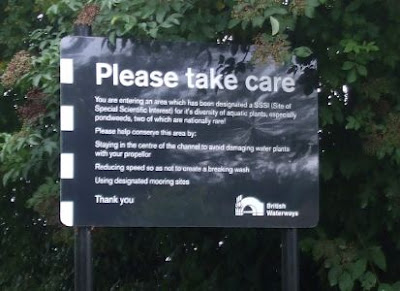 The canal does a few switchback turns, following the contour of the land, before arriving at Saddington Tunnel. This tunnel is known as home to a colony of Daubenton’s bats, although none were in evidence today. They hibernate for 6 months a year. Not a bad idea, with our current climate! We did see a kingfisher ducking in and out of the entrance, maybe taking spiders from the cobwebs just inside. 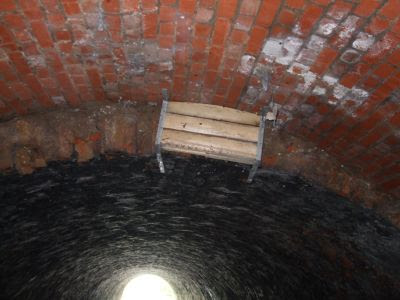 The red brick lining throws back an eerie light from our flat beamed tunnel light. 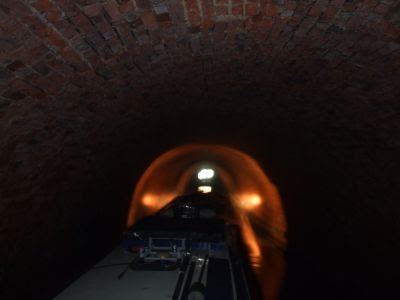 The light is actually a fog lamp from a 60’s Riley 1.5. It’s flat beam is ideal for tunnels, clearly illuminating both walls without dazzling oncoming traffic.

We pulled in just past Fleckney Bridge to make a quick visit for essentials at the Co-op in the village, then were passed by a boat as we were getting ready to move.
We caught up with them at Kibworth Top Lock, and shared the next five, down to Wistow.
All the locks from here to the Trent are broad, now. 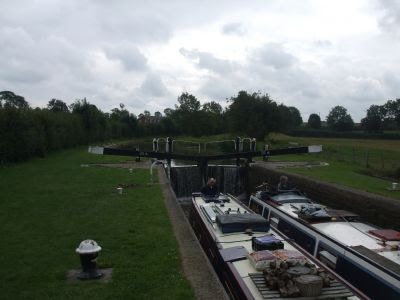 A couple of years ago, in the winter, we arrived here, going up. The pound above was almost empty, and I had to run water down through the uphill locks so we could get going.
No problem today, there’s water coming over the top gates.

There was a boat waiting to come up. It was NB Blackden Gem, yet another Orchard boat, this time number 14. She’s the last one that Stan Collymore built from the base plate up, after this he bought shells in. She’s actually the 13th that he built, but you don’t put that on a boat, do you….

Still looking good, NB Blackden Gem.
The weather took a turn for the worse, a short shower being the prelude to more continuous heavy rain. We only had to put up with about 15 minutes of it though, before pulling in as planned at Wistow.
The couple on NB Lazy Bee went past, but I’ve a suspicion they might also have called it a day a little further on.