Last evening’s showers cleared to give us a fine night as predicted.

The full moon was very bright. 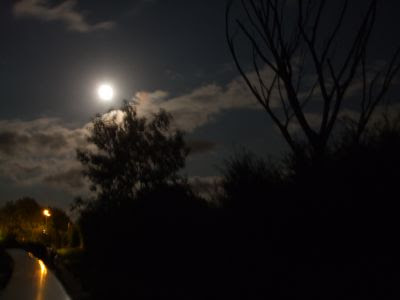 Our early start today was just after 7 AM. Even so, we were beaten to it by another boat leaving the moorings at 06:15!
Unfortunately this meant that the first few locks were all against us, till we started meeting boats coming up.
It’s been a pretty uneventful day, steady locking down from the countryside around Kilby, through the dormitory areas of Wigston, then back out into green stuff near Aylestone before coming into the city proper. 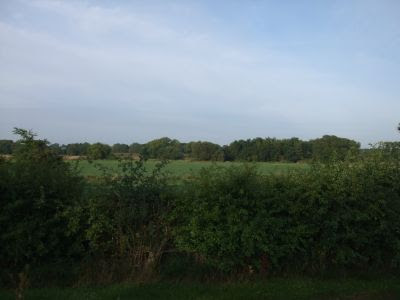 Indicators of the imminent approach of built-up areas. 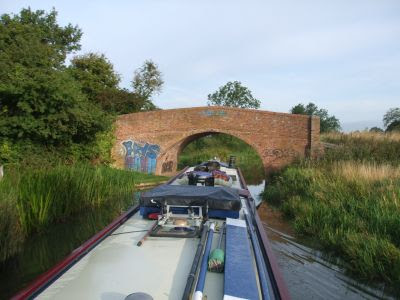 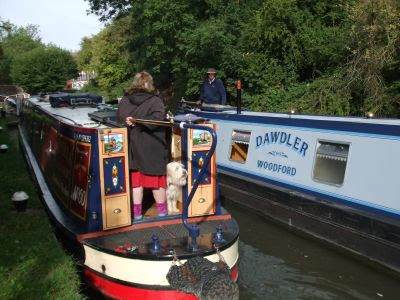 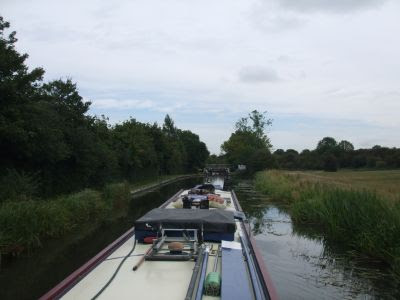 This is about half-way, and we’ve stopped here before to break up the trip. It’s quiet and out of the way, although only a short distance from Aylestone. There are lots of footpaths around Aylestone Meadows.
Today though we’d decided to push on, down onto the river below the lock. 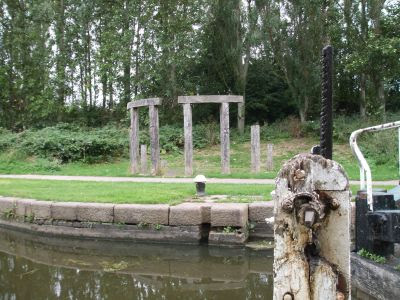 The character of the waterway doesn’t really change till you get to Freemans Meadow.
Here the lock is deep, alongside a large weir, and the river is wide below. 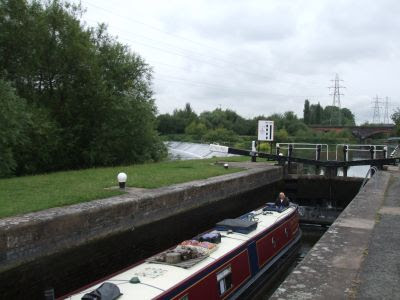 Leaving the lock, you suddenly get a reminder you’re on a river. 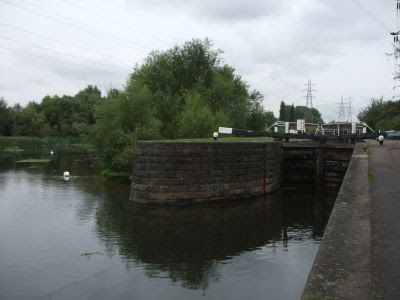 Downstream from Freemans Meadow we’re back on an artificial cut, taking a dead straight line almost due North through the city.

The “mile straight”, actually only eight tenths of a mile long, ends with a kink to the left at the ornate West Bridge. 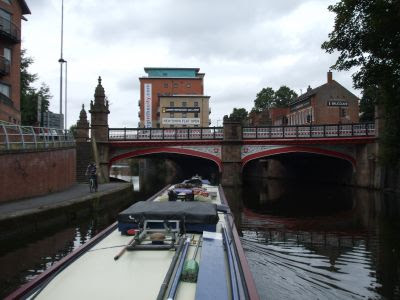 Oh, this does annoy me!
We still use MPH on the roads, for God’s sake! And if they must use “continental” speed limits, why go to 2 decimal places? How accurately do they think we can measure narrowboat speed? 6 or 6½ would be more acceptable.

The run through from Kilby Bridge is actually quite pleasant. The river sections are clean, but the section of canal around North and Limekiln Locks spoils the trip. 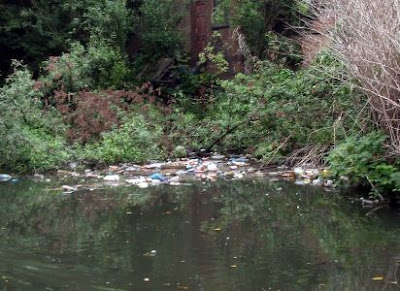 The cut is left again for the river at Belgrave Lock. 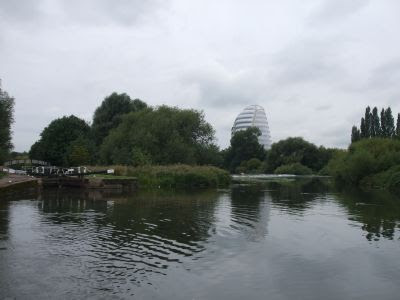 In the background is Leicester’s own “Gherkin”, the National Space Centre.

A gentle couple of miles through the meanders leads to Birstall, and our last lock of the day. 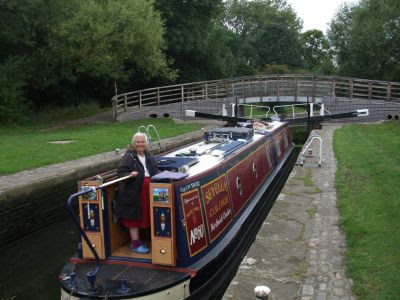