Today we cruised the final bit of our trip to Manchester, swapping birdsong for traffic noise, the scent of blossom for diesel fumes. Ah well, needs must.

We’d been chatting to Bob and Pam on NB Plum Pudd. He’s an interesting bike rack on the back of the boat; it swings around parallel to the bank making it easy to load and unload. 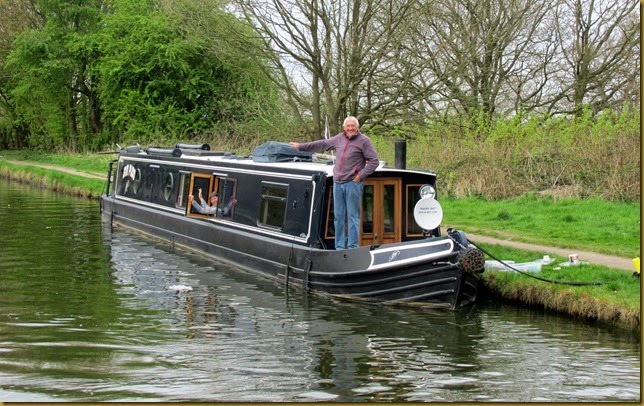 I might see them on Sunday, they plan to cycle in to Altrincham to watch the marathon runners go past.

Houses start to encroach on the canal at Seamons Moss Bridge 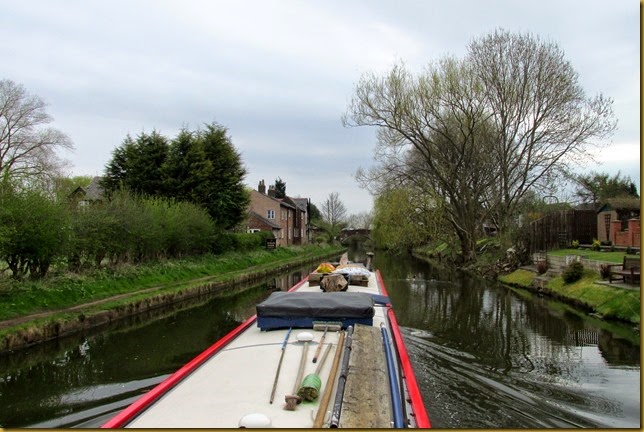 Approaching Broadheath there are a couple of reminders of the boom in industry generated by the canal. 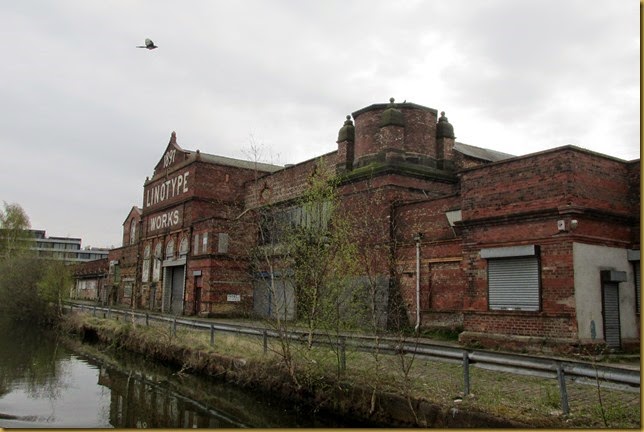 …and another unidentified factory or warehouse with covered wharf, overshadowed by modern apartments. 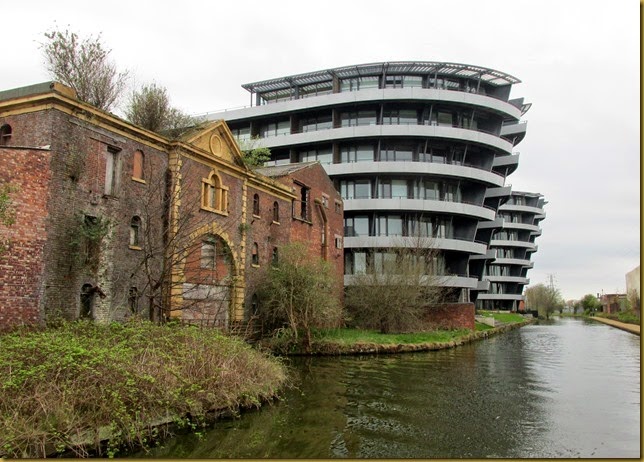 The long straight from Timperley through Sale 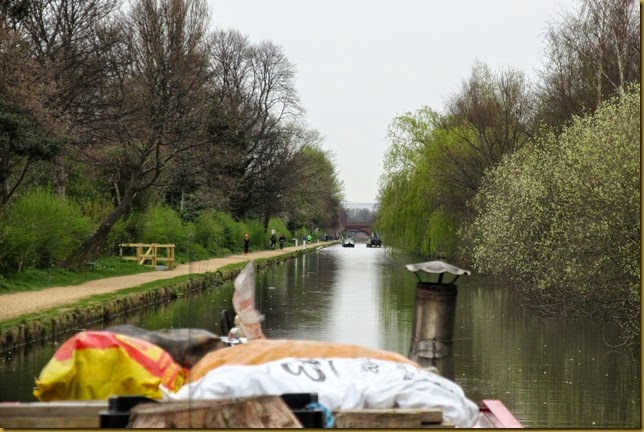 The area around Sale Bridge has been modernised and “gentrified”. 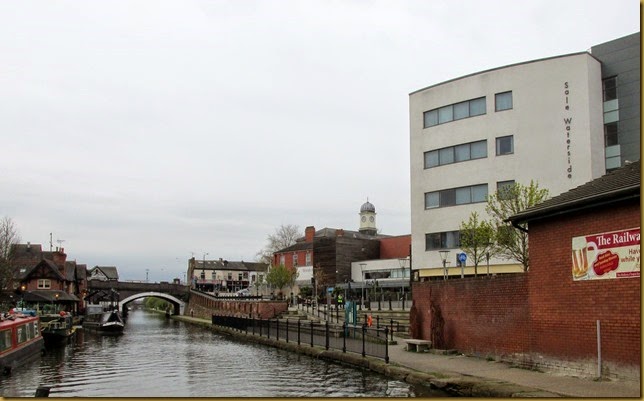 There’s a brief green stretch between Sale and Stretford, with the M60 crossing over, and the River Mersey passing under, the canal. 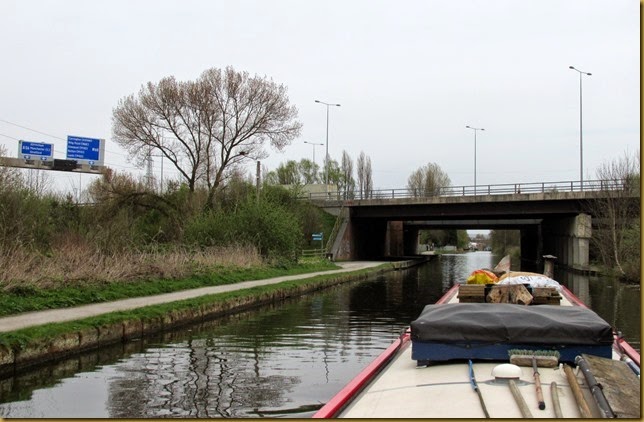 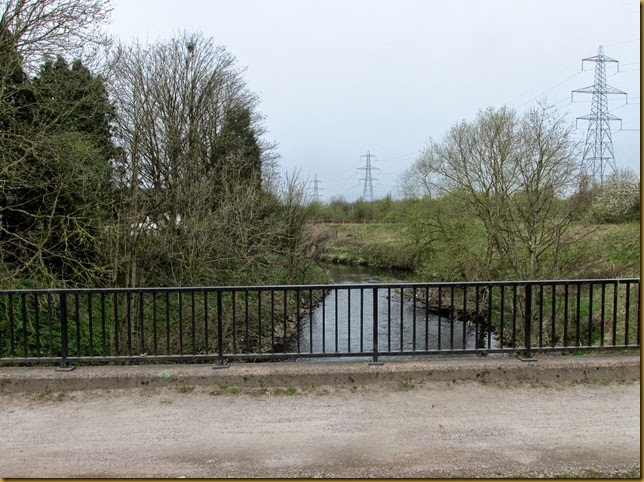 We normally come this way about a month later, so this year we’re too early for the large broods of Canada goslings that usually appear around Longford Road. The geese are busy defending nests, though, while looking forward to the happy event. 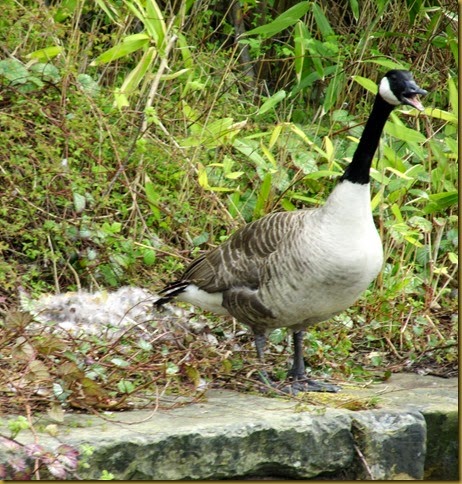 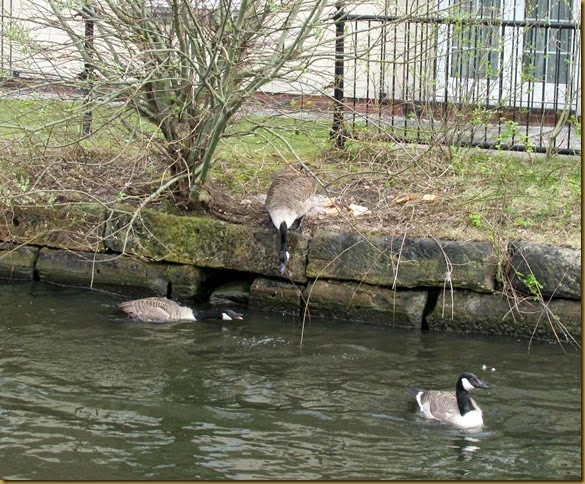 Water’s Meeting is where the canal splits. Left takes the canal to Worsely, Leigh and the Leeds and Liverpool to Wigan, right heads towards the city centre, Castlefield and the foot of the Rochdale Canal. 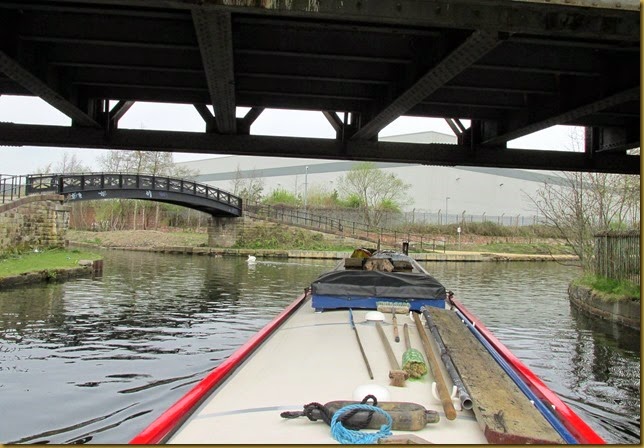 There’s a lot of improvement work been done to the towpath through Sale and Stretford, it’s carrying on into the city now. 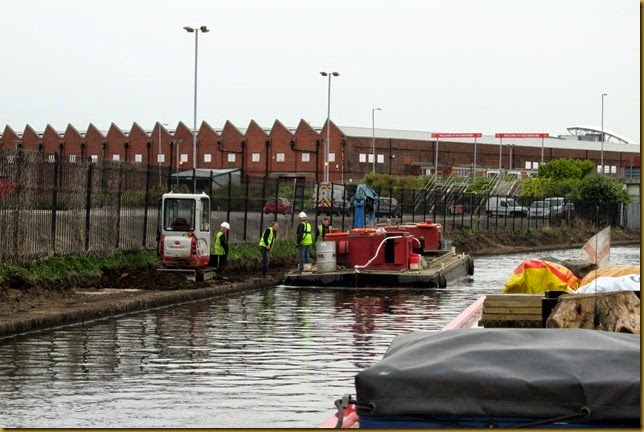 First thing on Sunday I’ll be on one of these… 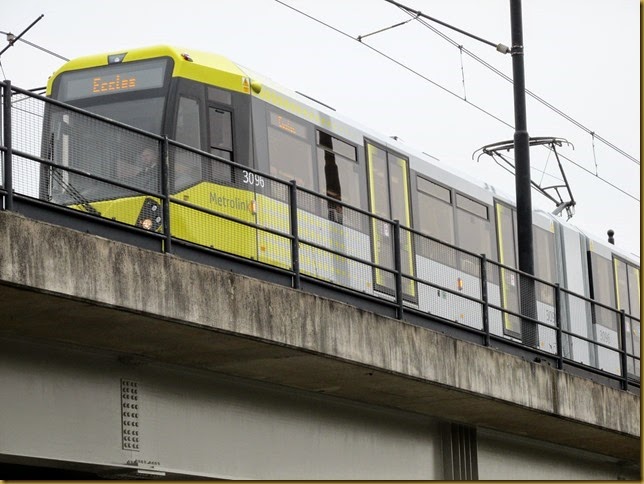 …heading for here and the start of the Greater Manchester Marathon. 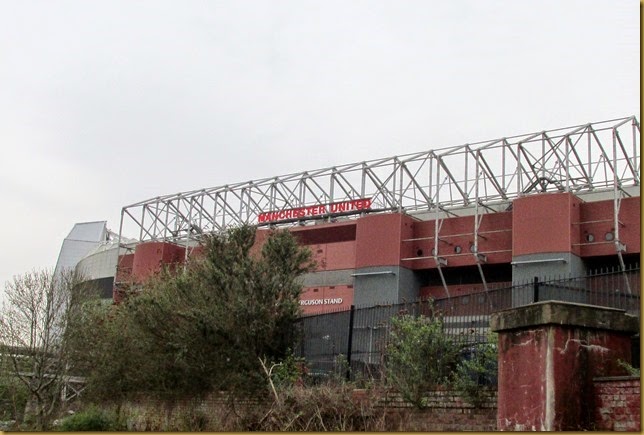 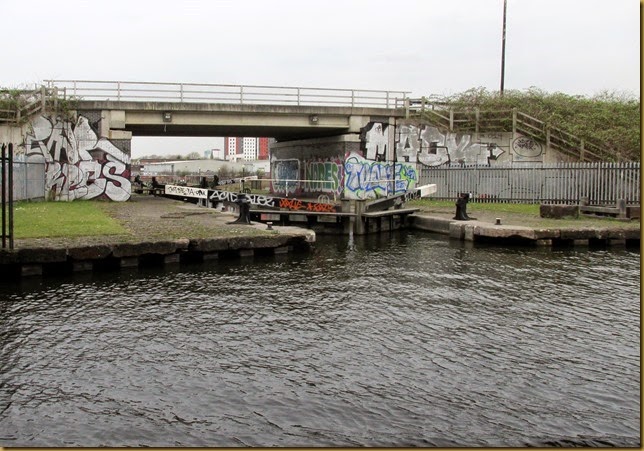 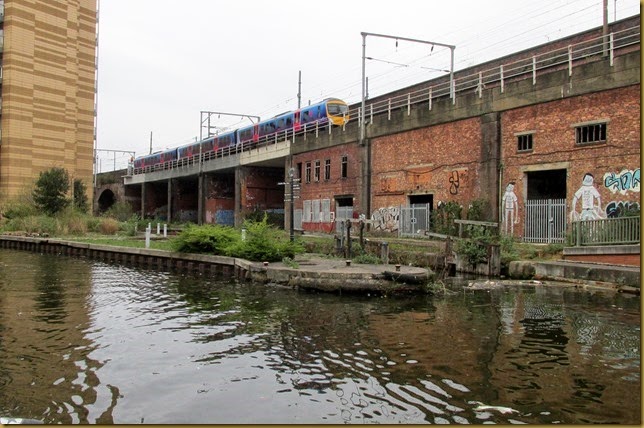 Old and new construction faces off across the canal, emphasising the change in use of this urban area. 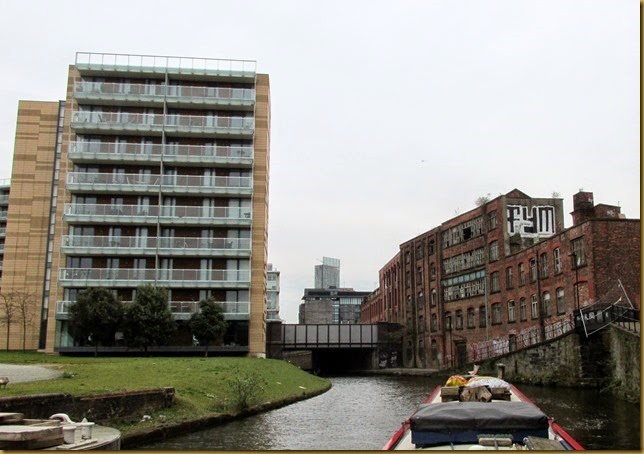 And that’s it, Castlefield and the end of the Bridgewater Canal. 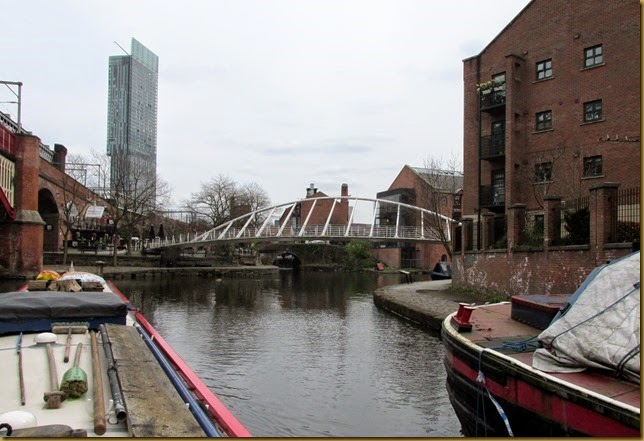 The Beetham Tower dominates the skyline from the other end of Deansgate.

We turned around and reversed into one arm of Potato Wharf, next to the YHA. It’s better on the peninsula between the two arms, but there was no room there. In fact the whole basin is stuffed with boats, busier than we’ve ever seen it. Around towards Grocers Warehouse is also nose to tail, and Lymm Cruising Club have a meet here this weekend…
Apparently there’s a lot of boats here now that never move, using the moorings as cheap accommodation in the city. Lack of policing of the moorings has led to the same situation that C&RT face in London.

Don’t forget, my donation page for MacMillan Cancer Support is still open, just click on the link on the right-hand sidebar to contribute. Or donate by text – GEOFF58 £5 to 70070 will give £5 (logically).

Good luck with the run....remember the 4mph speed limit.

Best wishes for Sunday Geoff. Hope it's not too hot!
Debby and Dave

Good luck for tomorrow Geoff, hope you have a great run and all goes to plan :)

Best of luck tomorrow Geoff, I'm sure all your hard work will be repaid tomorrow. Well done on the fund raising to.
Have a great race.