Change of canal but the weather stays glorious. 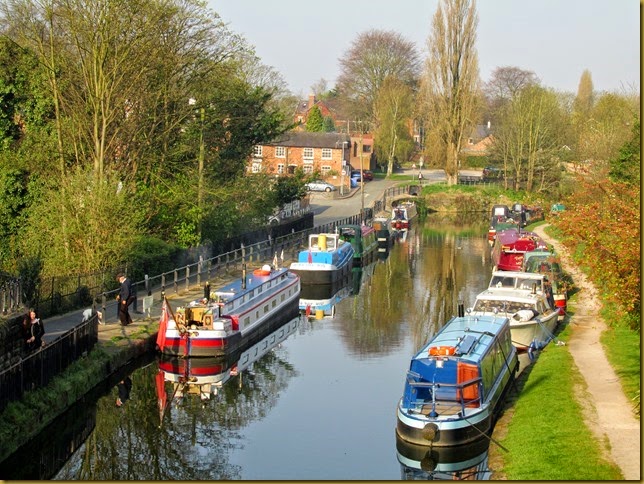 It’s going to be more pictures than text today; I’ve already waffled on about the Bridgewater on several occasions in the past.

The magnolia is in bloom 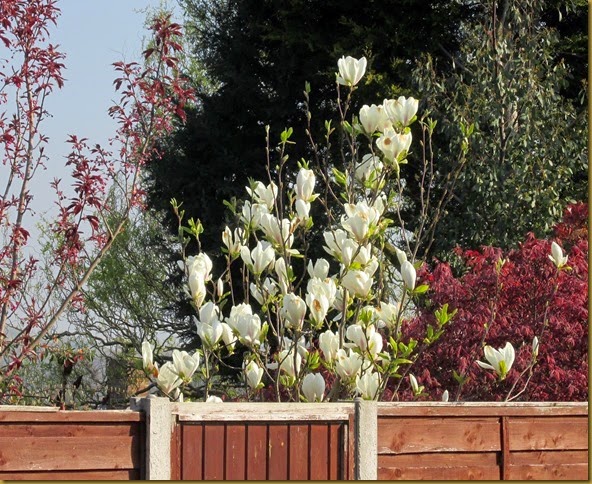 As are the daffs. 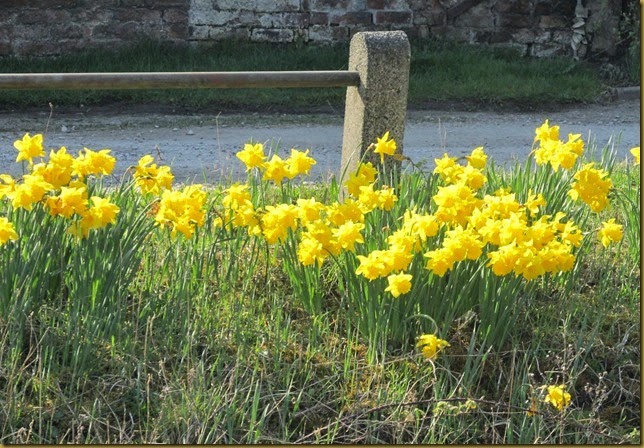 I’d been discussing the issue of rubbish in the canal this morning with a Lymm local. The Bridgewater is not at all bad in this respect, mainly due to the work of this boat… 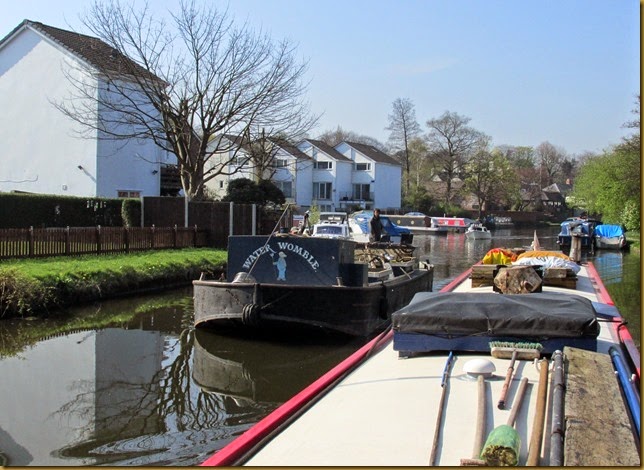 In contrast, a tiny boat, about 10 feet long and 4 feet wide. Cheap to licence I expect… 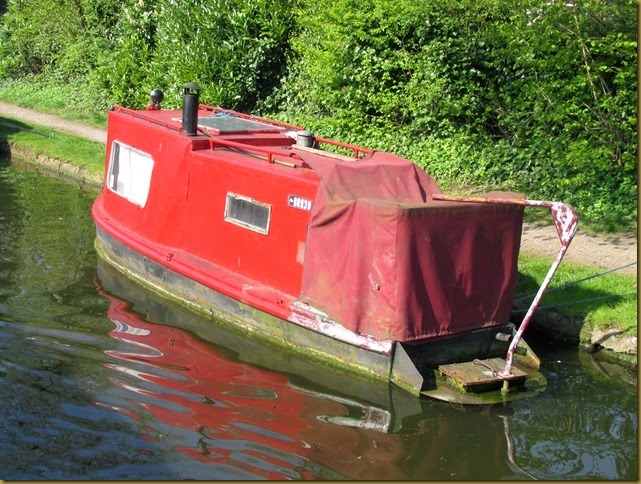 We’re too early for the rhododendrons at Walton Hall 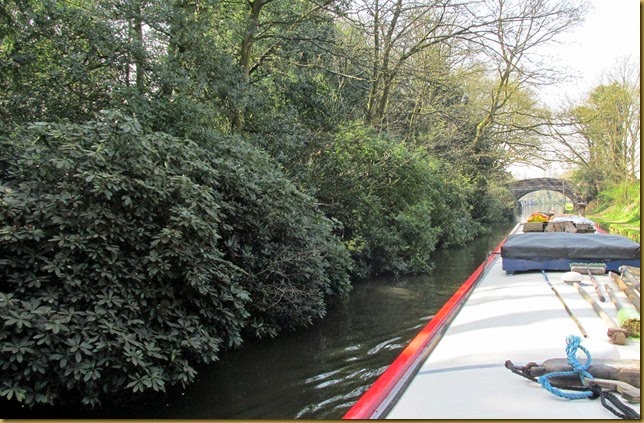 They’re spectacular at the end of May.

Walton sees the end of the built up area around Warrington.

Leaving Moore, a couple of miles further on, the Silver Jubilee Bridge, crossing the Mersey estuary from Runcorn to Widness across the Runcorn Gap, can be seen across the fields. It’s around 4 miles away. 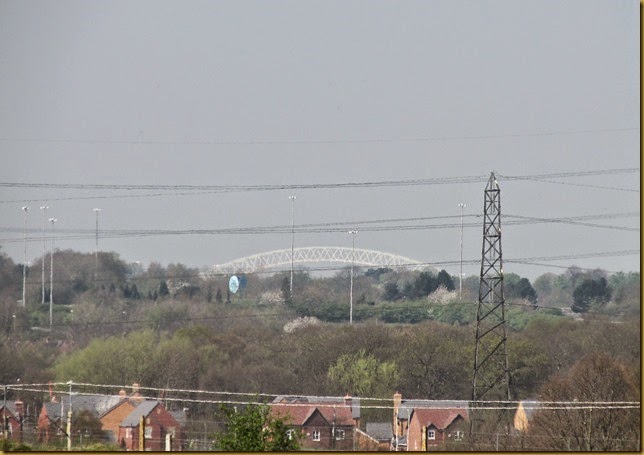 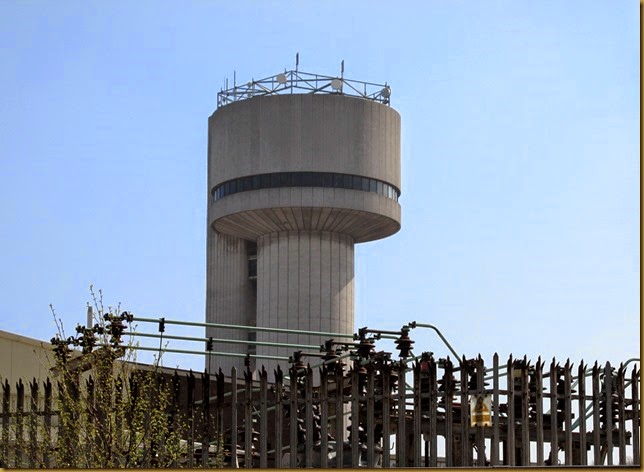 The facility has it’s own electrical sub-station!

From Walton to Preston Brook we’d passed piles of logs on the towpath, the result of contractor’s work on the boundary trees. Finally the temptation got too much… 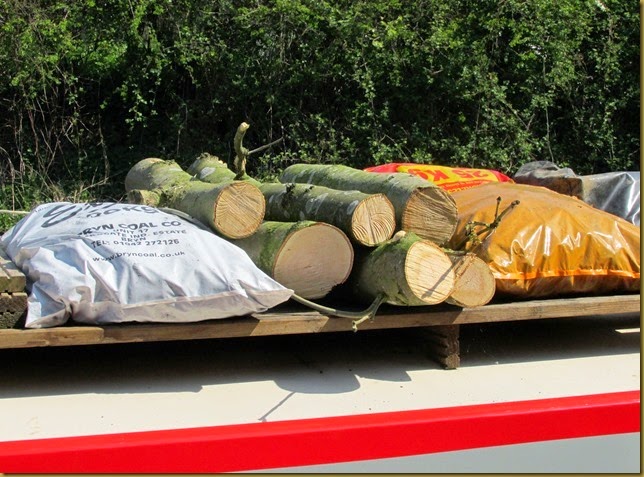 We had a short wait at the northern end of Preston Brook Tunnel. 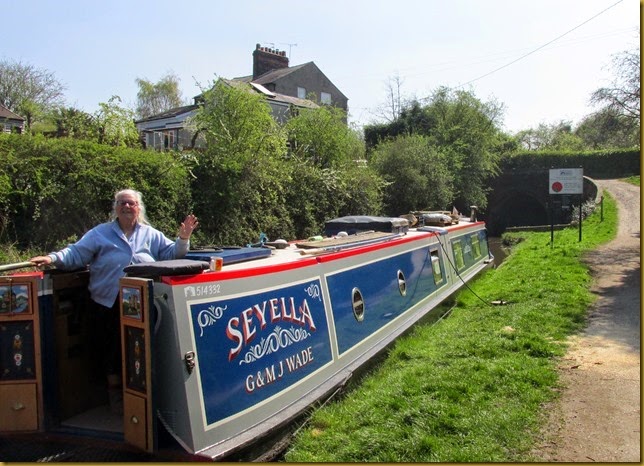 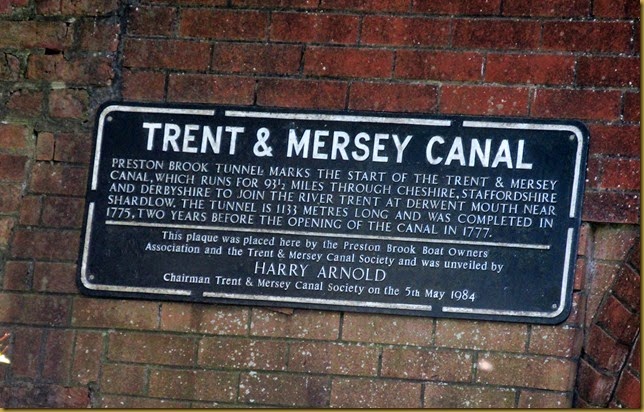 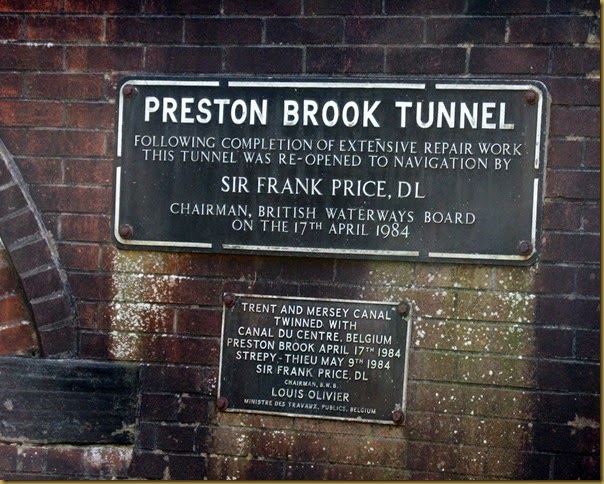 I was intending to take a picture of the above mentioned repair work, but we were followed in by another boat so stopping in the middle wasn’t really an option. It’s quite impressive, though. Pre-cast concrete sections line the bore and ventilation shaft. 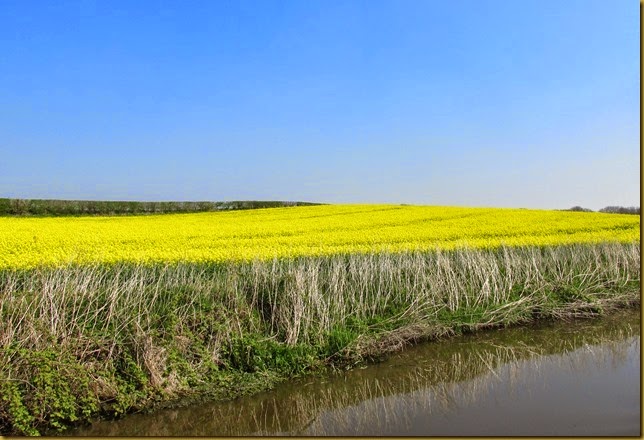 We moored about a mile short of Saltersford Tunnel, looking out over the Weaver valley. 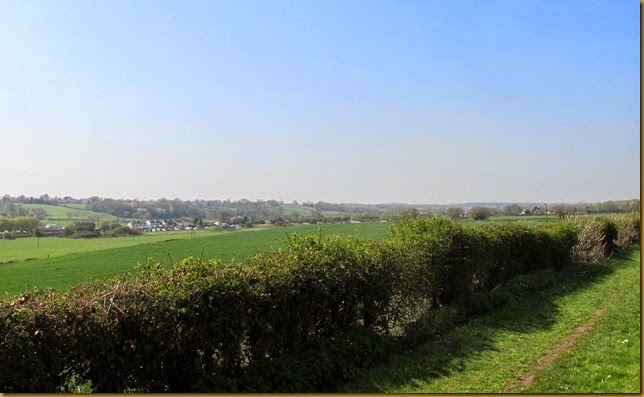 There was was a bit of a coming together on the sharp bend just ahead. The hire boat (on the left) tried to cut the corner, ran out of water and went straight across, pushing the private boat onto the bank on the outside of the bend. 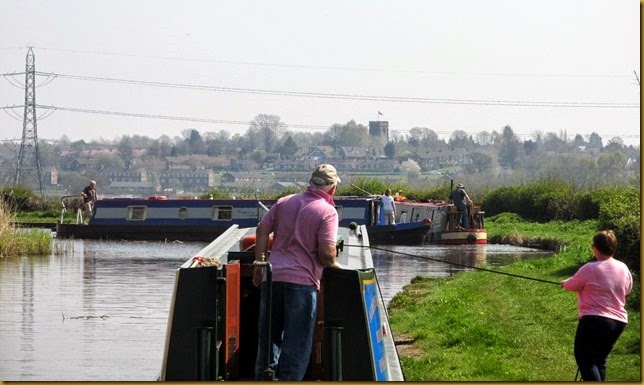 It didn’t come to blows, but it did take several minutes to sort out.

I got that wood sawed up into stove sized pieces, though most will have to be split as well. Then repaired the tiller bar. The wooden handle had come loose so a hefty dose of No More Nails and a woodscrew sorted that out.

It’s been a good couple of days, easy cruising on the wide, deep Bridgewater has given me a chance to recuperate a bit. But we’ll be starting on the locks tomorrow. Ideally we’d like to be above King’s Lock in Middlewich tomorrow evening.

Thanks for all the positive comments, I’m no longer feeling sorry for myself and am looking forward to September and the Great North Run. So, no more wallowing. PMA!

Hi Dave, Debby. As you might expect, dog walking is a bit limited in Castlefield. But there is the area around the Roman site just a stone's throw away. Plenty of grass... We'll look out for you as we head south, our paths are bound to cross! Just for info, the elsan disposal at Castlefield is out of action. We emptied a loo tank down the adjacent WC, in three stages to avoid blockages. There are facilities on the right about a ¼ mile up the Runcorn Arm.