Back to boots, long trousers and a woolly hat!

I didn’t go as far as gloves, but I was tempted at one point! Yesterday  was on the tiller in bare feet, shorts and a T shirt, today was 10 degrees colder. The brisk north-westerly had a decided nip in it.

We decided to have a bit of a lie-in, no run for me this morning, and there was no point in getting off
too soon as the overnight rain was forecast to clear by mid-morning.

At around 09:00 a boat went past, there was a pause then a lot of revving of an engine. The passing boat had decided to turn around in the flash, and got himself well and truly fast on the shallow bottom. He asked a passing hire boat for a tow off… 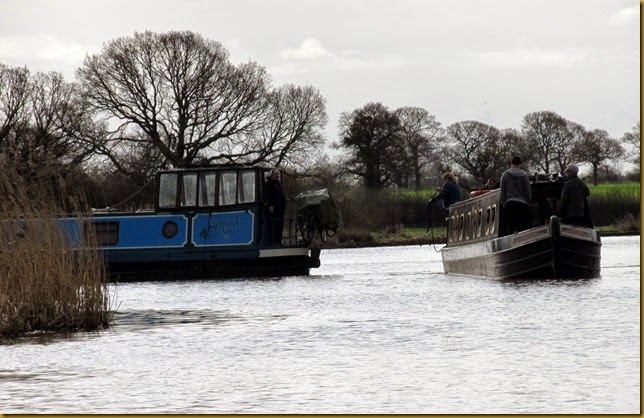 …who finished up getting stuck himself. 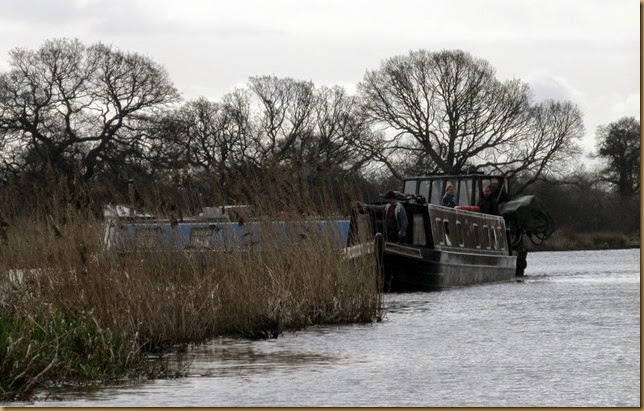 Eventually, after a lot of shouting a lot more revving, both boats were on the move again. 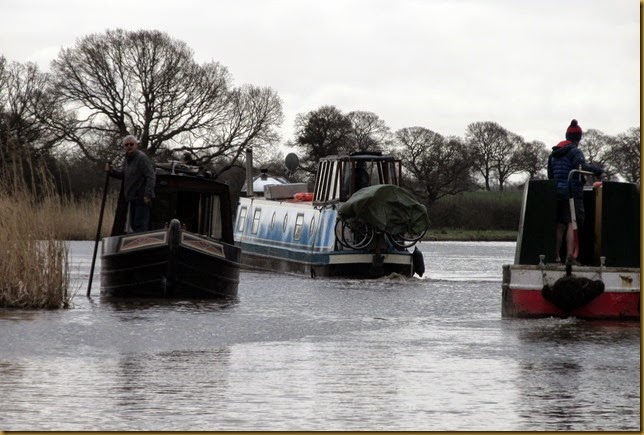 Meanwhile the local wildlife was completely unconcerned, having seen it all before. 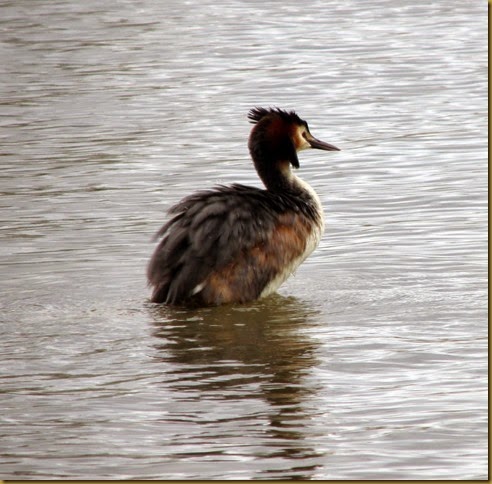 The sky had brightened by 11:00 so we pulled pins and set off towards Northwich and Anderton. 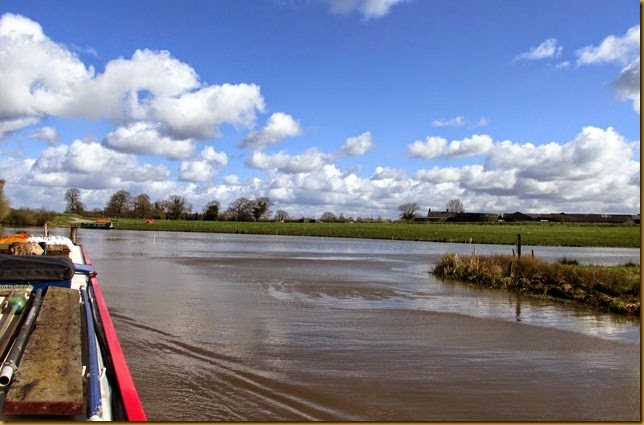 The one the other side of Bridge 181 is coming on apace after an equally slow start. 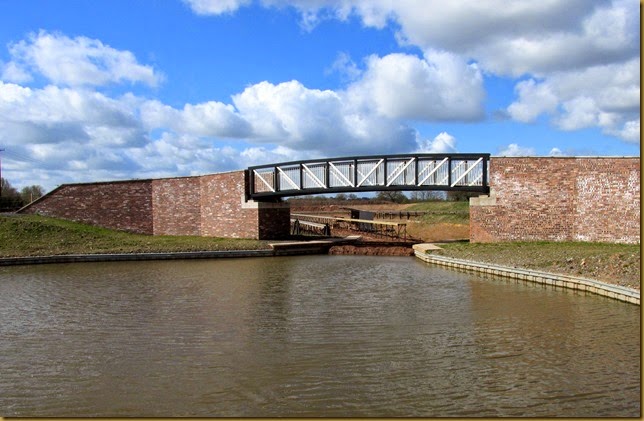 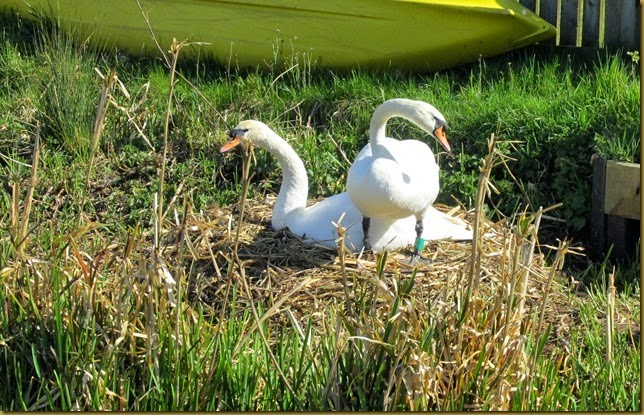 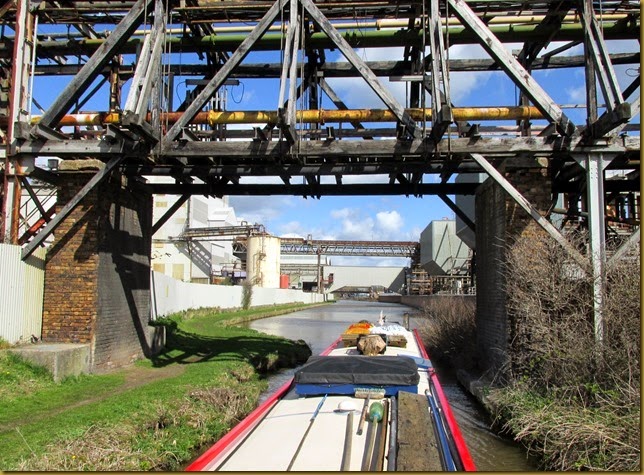 It makes it’s own clouds! Wincham is always busy, with a couple of boatbuilders a brokerage and a handful of “lurkers”. 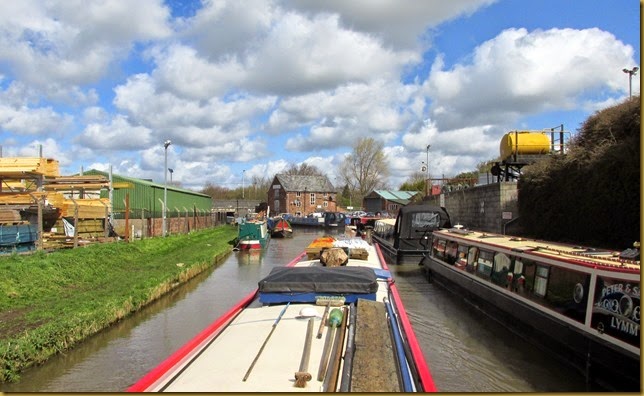 Northwich grew around the confluence of the rivers Dane and Weaver, and mainly sits around 50 feet below the level of the canal. So the navigation swings around the town to the east and north, sticking to the 80 foot contour.

The Lion Salt Works near Marston closed in 1986 after producing salt by traditional open-pan methods for nearly 100 years. After a three year restoration project, partly funded by the National Lottery Fund, it’s now almost ready to reopen as a museum. 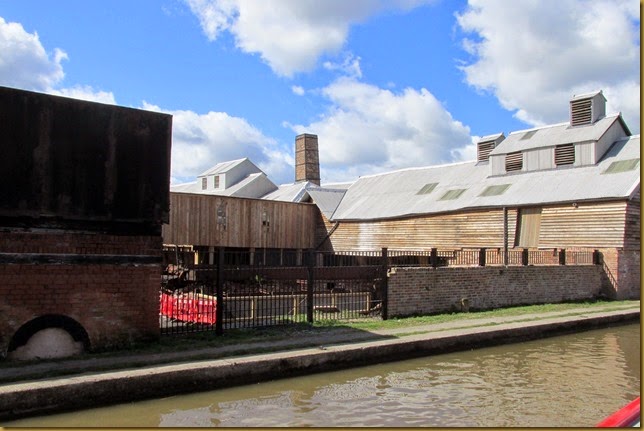 Historical brine extraction for the salt works in the area is still affecting ground levels in the area. The canal has recently started to escape again… 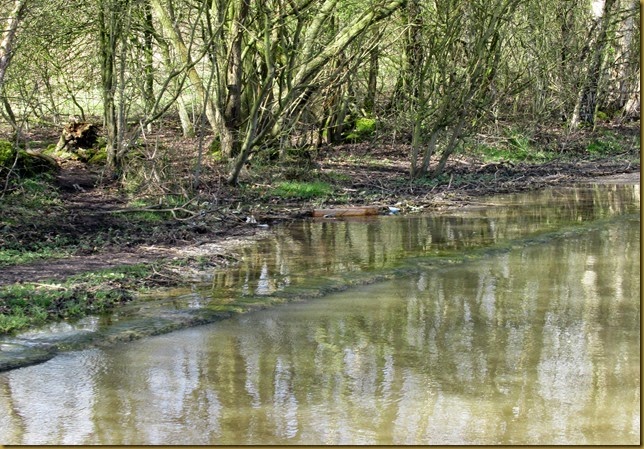 Although it had brightened up considerably,  the white clouds were being pushed south-east by a still-brisk wind.

Heading towards the shelter of Marbury Woods. 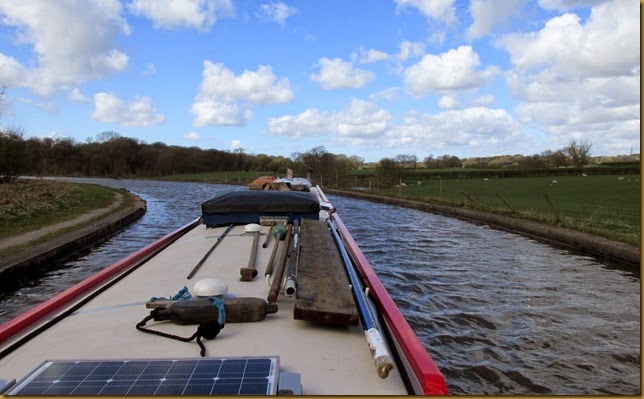 We moored just short of the services at Anderton. There’s been a fairly steady stream of boats going past, then later on the first of the hirers cautiously crept by as they set off on their week’s holiday from Anderton Marina. I hope the weather recovers for them.

Tomorrow we’ll use the services then push off, through the tunnels and moor up near Dutton Hollow in the early afternoon. Highlights of the Chinese Grand Prix start at 2 o’clock and it looks like being a good race. I’ll not be watching it at 07:00, I’ll be out on a run. The last long one before my marathon next Sunday.

Enjoy your taper week and good luck for Sunday
Debby