Back to normal weather as we head up the locks.

Meg’s trim got knocked back again, from yesterday morning to the evening. Lynn of Hair of the Dog was still not feeling too good. So instead of staying below the locks and getting jostled by the water every time a boat came down, we headed up the first two, mooring on the pound above Lock 65.

Up the start of the Wheelock flight 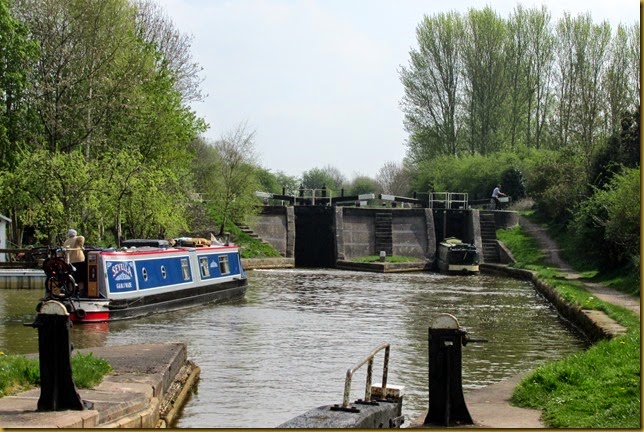 Moored for the day 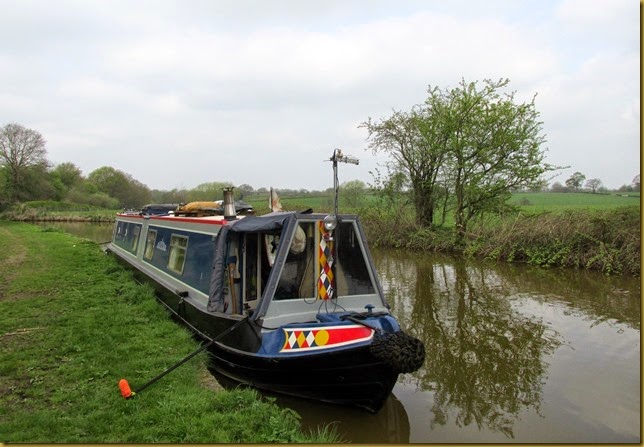 The day had started well, fine and dry, but later the start of that period of cooler, wetter weather moved in.
I was just getting ready to take Meg back down to the village for her half-five appointment when a boat went past, the crew waving.
It was NB Chuffed, who we were expecting to see at some point, but not quite as soon as this! They only left Stone on Wednesday! 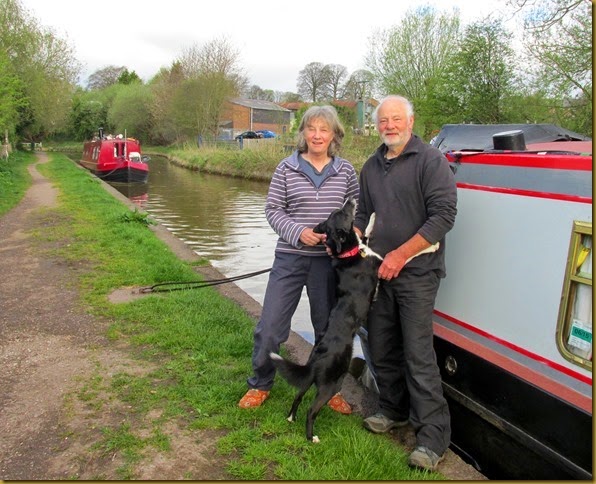 And Meg finally got her makeover! 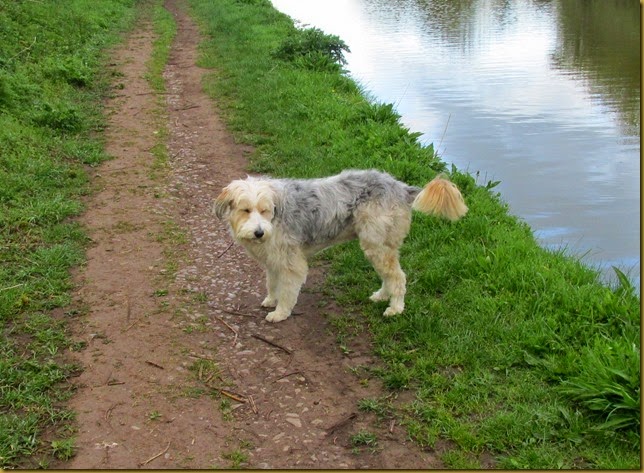 Just in time for the cold weather to return…

We made it up to Hassall Green today before the showers started in earnest, just having to put up with a couple of light showers before we got tied up. A few boats about, mainly going the same way as us, unfortunately. 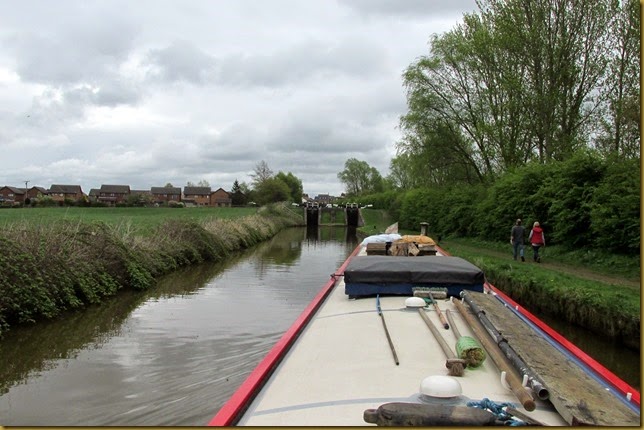 If you allow the bow fender to run up the buffer plate on the cill, you have to keep a lookout for obstructions! 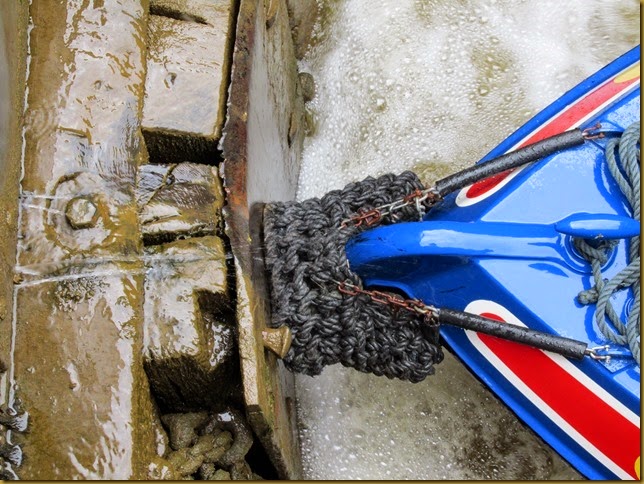 Below Hassall Green Locks, the M6 crossing ahead and the rising ground of Mow Cop on the left. 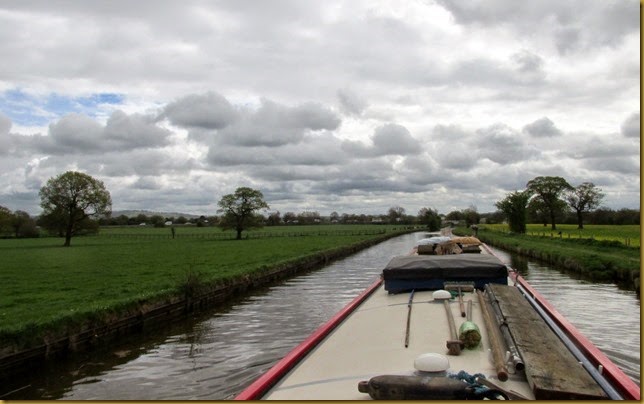 We’ve had some heavy showers this afternoon, and it’s got considerably colder. Mags was laughing and shaking her head while I loaded those logs the other day. She’s not laughing now… 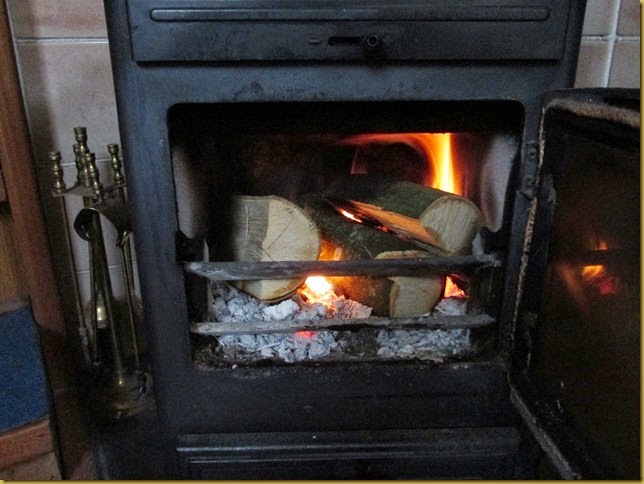 It’s a shame for those taking part in the London Marathon tomorrow. Breezy with showers is the forecast. At least it was fine for mine last weekend. The race tomorrow starts at 10:10, so the first elite finishers should be crossing the line around 2 hours later. We’ll move up to Rode Heath after watching the elites.