A late start but a good day.

We didn’t get going till nearly half-twelve, having watched the elite runners finish the London Marathon. No surprises in the men’s race, the Kenyans taking the first three places. But an upset in the women’s, with the relatively unknown Ethiopian Tigist Tufa pulling away from the pack and finishing clear of the second placed Kenyan, Mary Keitany.
Paula Radcliffe, running her last event today, wasn’t competing, just enjoying the run after starting with the masses. And enjoy it she did. I’m sure her cheeks will be more tired than her legs, she never stopped smiling all the way round, responding to the applause of the crowds of spectators.
Then there’s the masses, running for charity or for personal goals. All shapes and sizes, and some pretty exotic costumes too. Having struggled last weekend in race gear, seeing a guy start off in a pink ball gown, and another dressed up as a T-Rex I can only say I’m in awe of their commitment. Respect!

So we set off, in fine sunshine but with a cool breeze chasing us as we headed east.

Away from Hassall Green 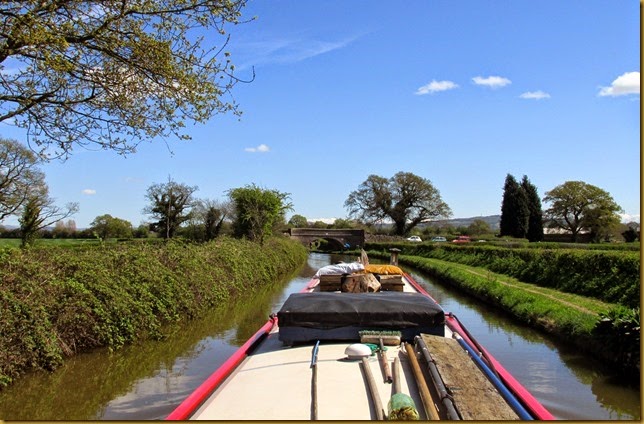 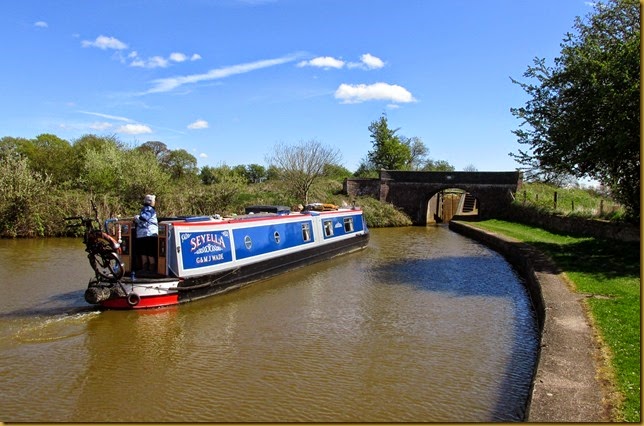 We originally only intended to go up to Rode Heath, but the locks were in our favour, the weather was beautiful and the wind was in our sails, so we toddled on, up the Lawton and Church Locks to moor below All Saints Church at Church Lawton.

Swapping over in Lawton Treble Locks 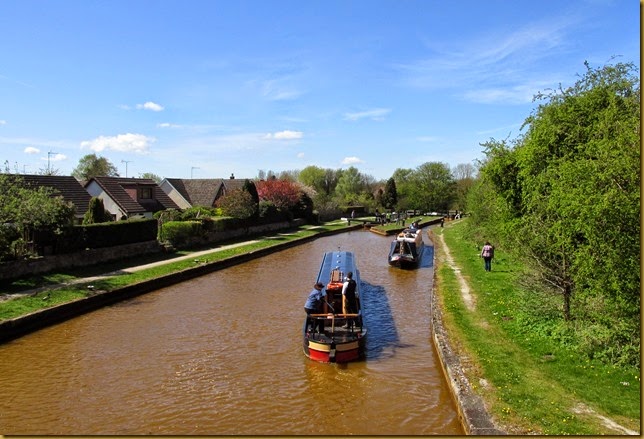 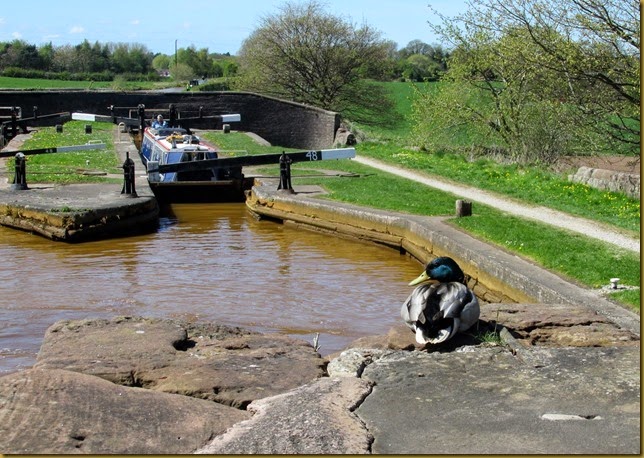 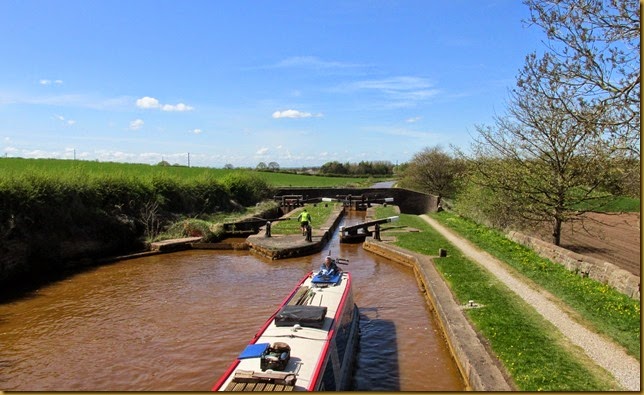 We pulled in at around a quarter to three, ready for a cup of tea and something to eat.

I was tempted to suggest another three locks up to Red Bull, but I could see Mags was starting to flag and my right ankle wasn’t feeling too good either. It’s slowly improving, I‘m no longer using pain relief but maybe today I should have…

So tomorrow off early, up three locks and fill and empty at the wharf, another two and stop for a flying visit to Tesco for fresh fruit and veg before we get scurvy, the final lock and then head for Harecastle Tunnel. Depending on the time and the weather, we’ll either stop at Westport Lake, or push on along the summit pound to Etruria.
We’re well up on my planned schedule, but the weather next week could slow us up a little.