All downhill from here…

Etruria was, and still is, an important place on the Trent and Mersey Canal. Here, at the junction with the Caldon Canal, the T&M Canal Company built a maintenance depot and warehouse which are still in use, having passed through BWB, then British Waterways hands, finally being used now by the Canal and River Trust. At the end of the warehouse building, right on the point of the junction, is a gauging lock where boats’ draught was checked and tolls charged accordingly.

The warehouse building, the gauging lock sits behind the wall at the far left. 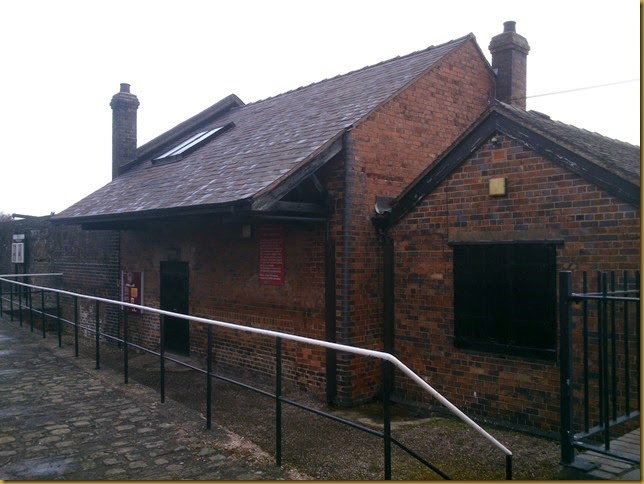 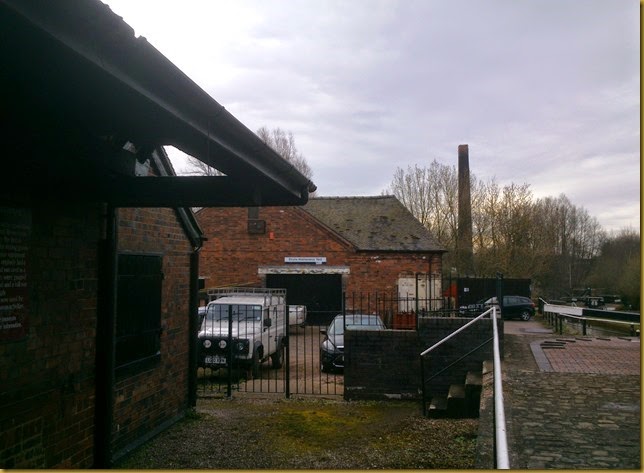 A short arm services the flint and bone mill. 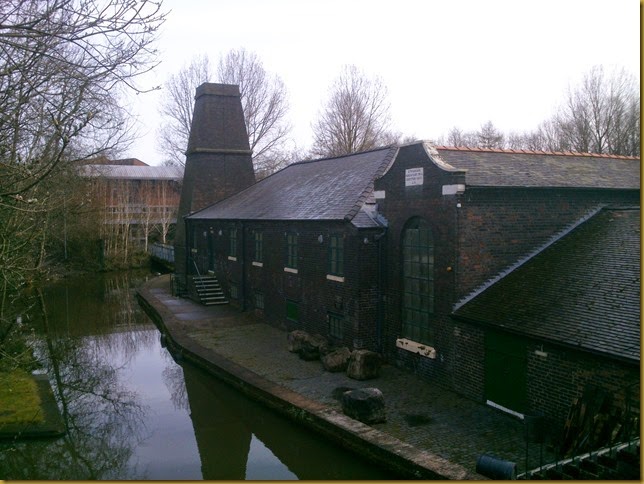 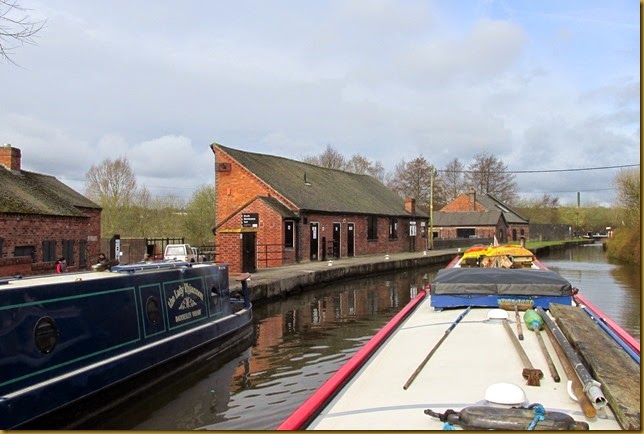 I’d not noticed the fact that it’s only half a building before!

We turned back out onto the Trent and Mersey at around 10:00. Word has got around, the moorings up here near the museum were full last night, those on the main line were empty.

We didn’t go far, we needed a gas bottle and I couldn’t pass up the chance of a cheap one! 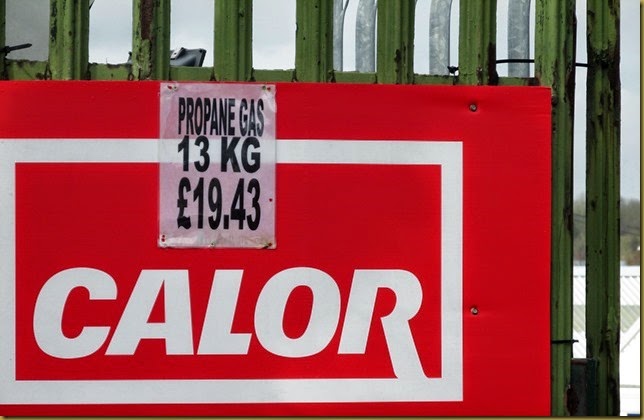 Yup, that’s the price, including VAT!

We had an uneventful cruise along the 3½ mile length to Harecastle Tunnel. 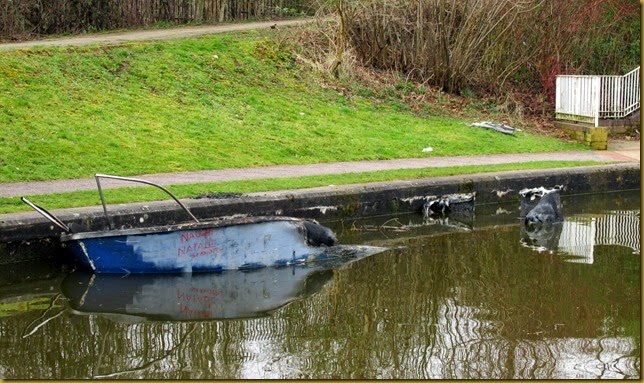 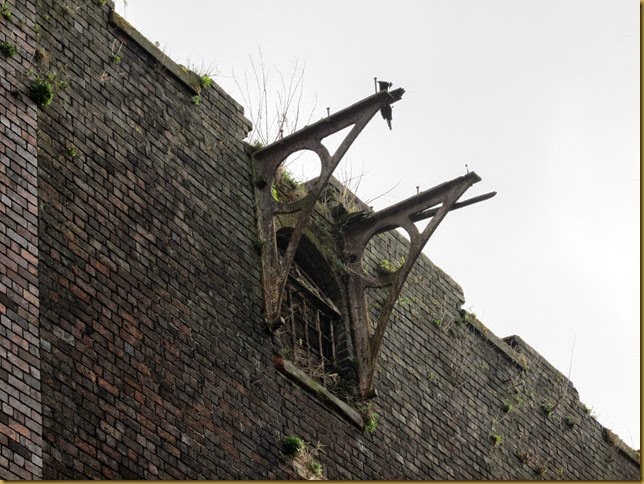 Here’s one especially for Sue and Vic, Longport Wharf 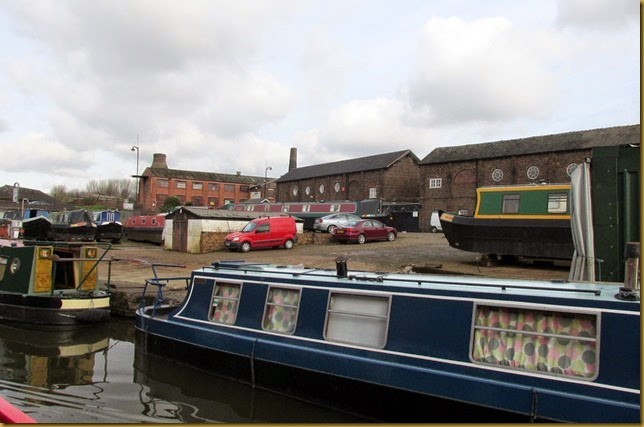 The moorings at Westport Lake are almost empty… 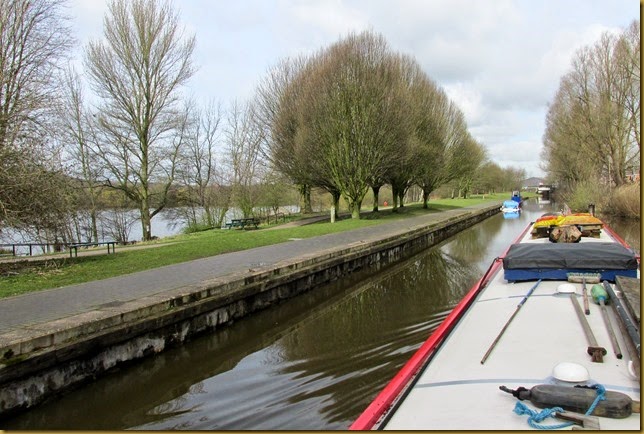 …but one boat isn’t going anywhere in the near future. 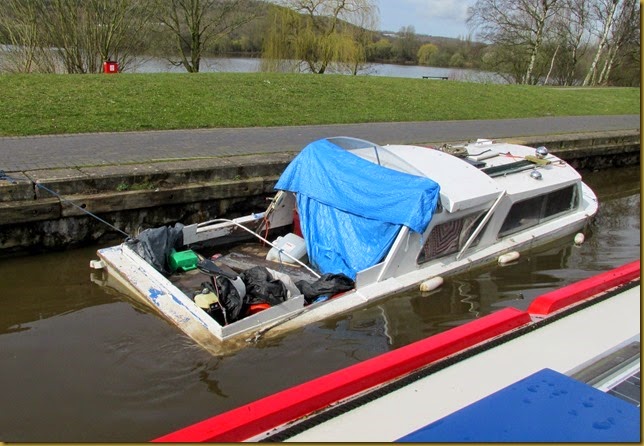 It was afloat when we came south. Another that C&RT will have to recover at their expense, I guess.

Whoops, that’s one load that should have strapped. I hope it’s not fragile… 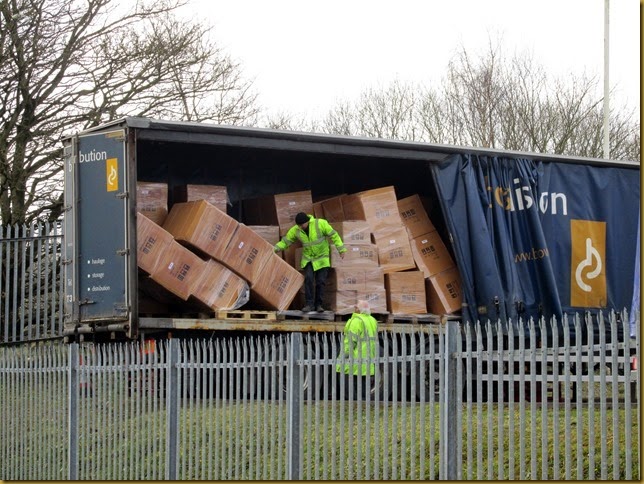 We had to wait for around half an hour at the tunnel for a boat heading south, but it gave me a chance to wash the grime off the right cabin side. Then we were on our way, the first of a convoy of three. 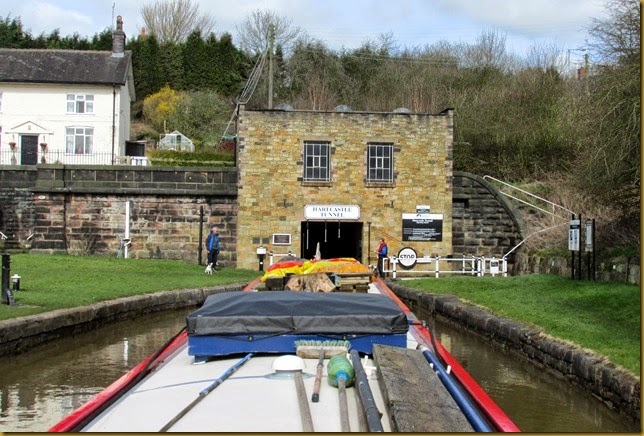 No pictures in the dark today. It was pretty wet in there after the recent rain.
It’s easier going north. You can see the spot of light in the distance and it makes a good aiming point in the straight bore. Coming south the gates at the southern portal are closed so the ventilation fans are effective. They only open them at the last minute.

Out the other end, the ironstone-stained water clear in the sunlight. 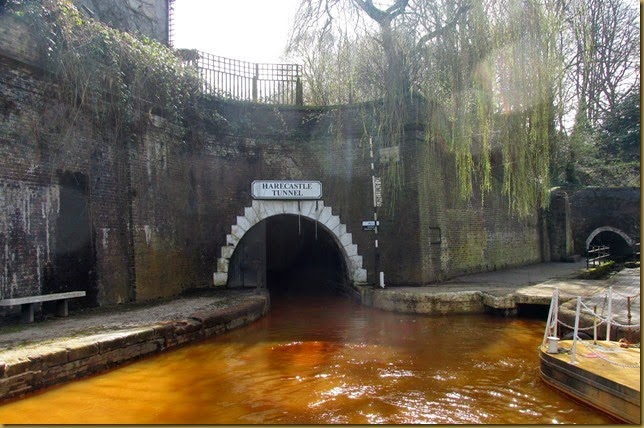 You can see where the towpath disappeared into the tunnel. It’s been removed inside to give more clearance.

From the tunnel it’s only a few hundred yards to the first of the locks that start the long descent to the Mersey valley. 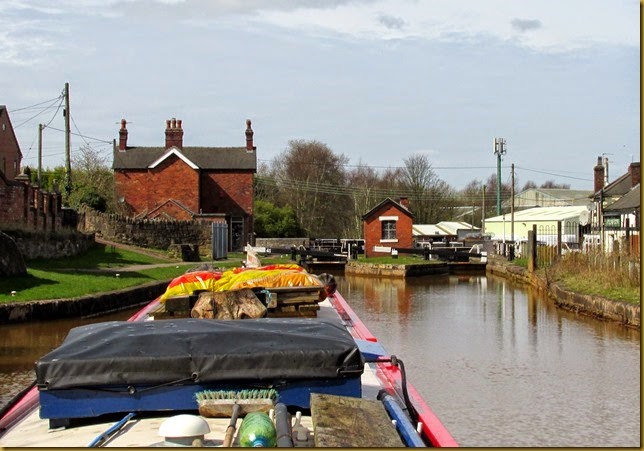 We dropped down the first three, followed by NB Nimrod, then pulled onto the services at the Red Bull offices. 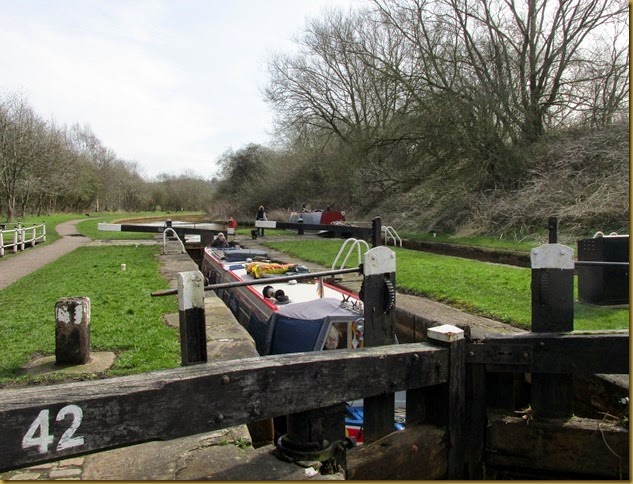 It was such a fine afternoon that instead of pulling in below the services we decided to push on down the next three locks and moored near Church Lawton church.


Dropping down below Red Bull 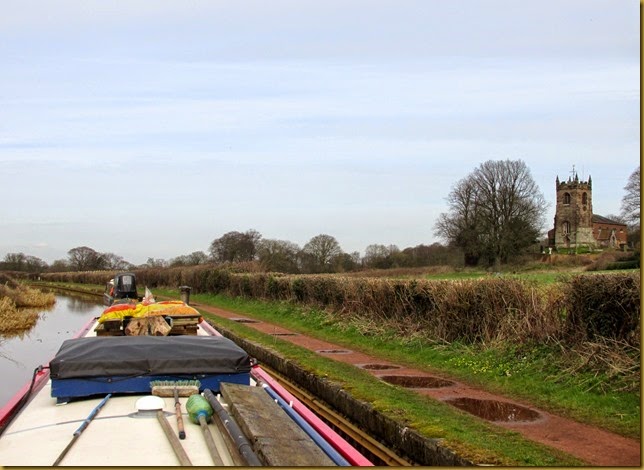 It’s been a good day, the wind has dropped, the rain has stopped and the sun has been shining. Any more of this and I‘ll be getting my shorts out!

Thanks for that Geoff, in fact No Problem 1 was moored exactly where that blue boat is at Longport Wharf.. Scary stuff when I first drove it away too!