It’s all downhill from here!

Today we ascended the last six of the Cheshire Locks, up onto the summit level of the Trent and Mersey Canal. Most of the water used by the locks heading back to Preston Brook and onward to Shardlow is sourced from here.
Some comes down the Caldon Canal, some down the Macclesfield Canal. Two other canals feed in lower down on the eastern side. The Staffs and Worcester comes in at Great Haywood, and the Coventry Canal, also including water from the Birmingham and Fazeley Canal, runs into the T&M at Fradley.
Below Fradley a short passage along the River Trent also provides a valuable supply. Various springs also make their contributions. All of these feeders meant that the canal could be built without expensive reservoirs to store water supplies.

Away from Church Lawton, another sparkling morning after a hard overnight frost. 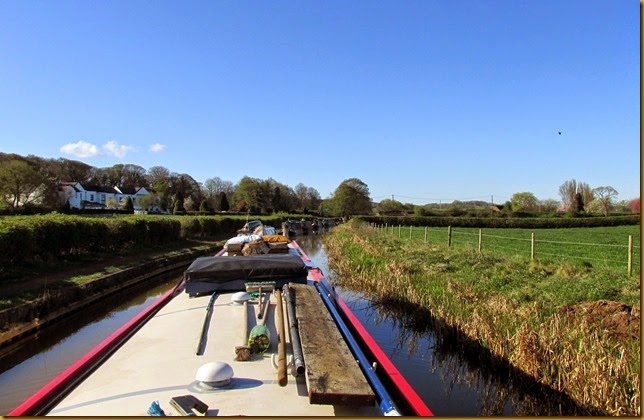 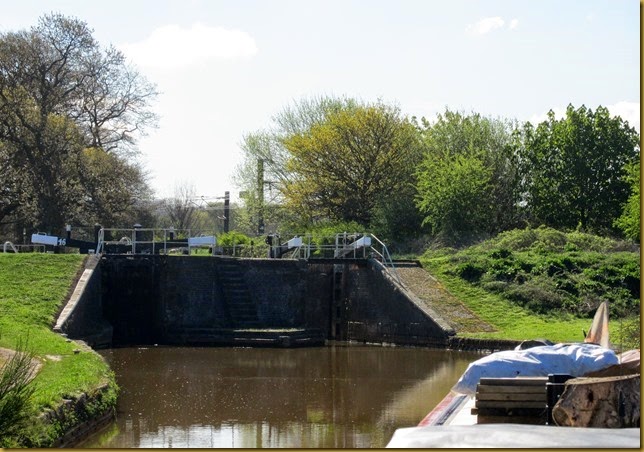 We did the first three then stopped at the wharf for the services, before pushing on. 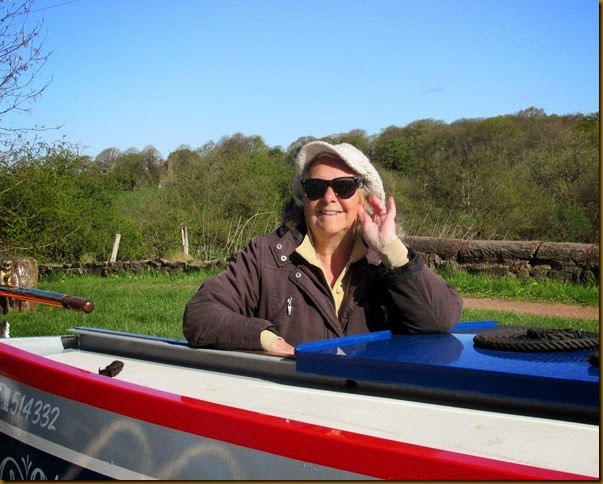 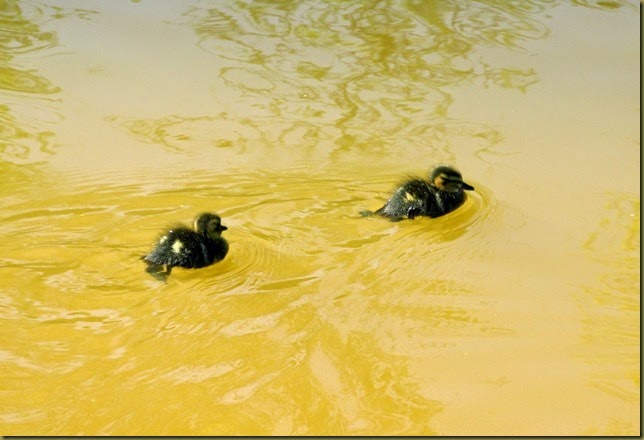 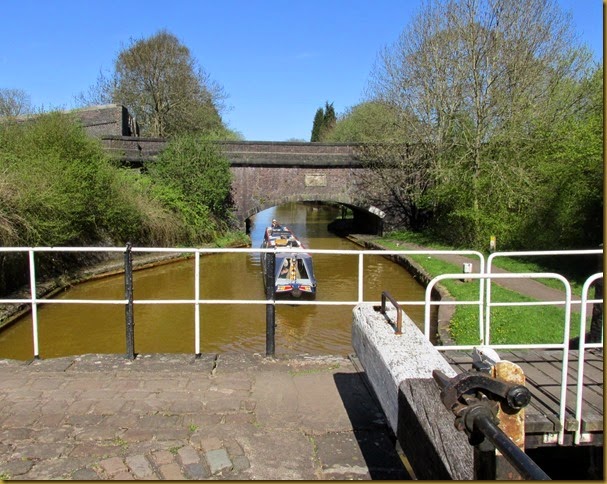 The aqueduct behind carries the Harding’s Wood Branch across the main line to link up with the Macclesfield Canal.

We stopped again below Lock 41 so I could trip up to Tesco, then up the lock and under the railway bridges to Harecastle Tunnel. 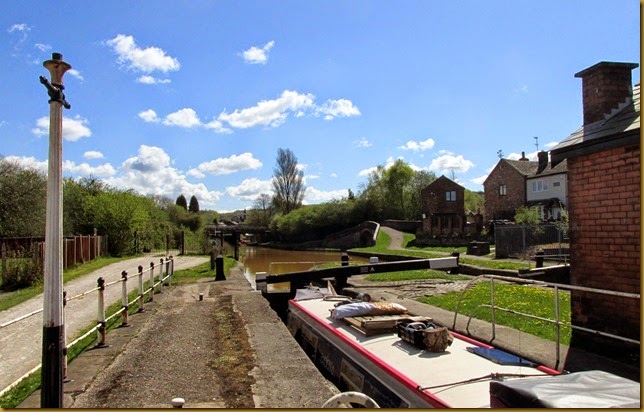 We had a short wait at the tunnel entrance before setting off, following another boat. 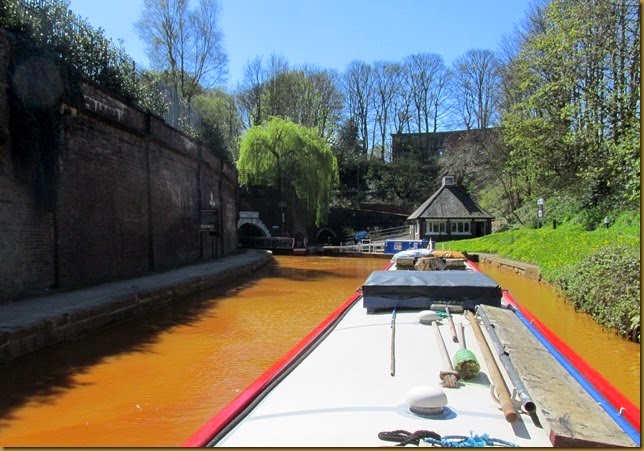 The tunnel was much the same as usual, Kit Crewbucket still leers from his sanctuary… 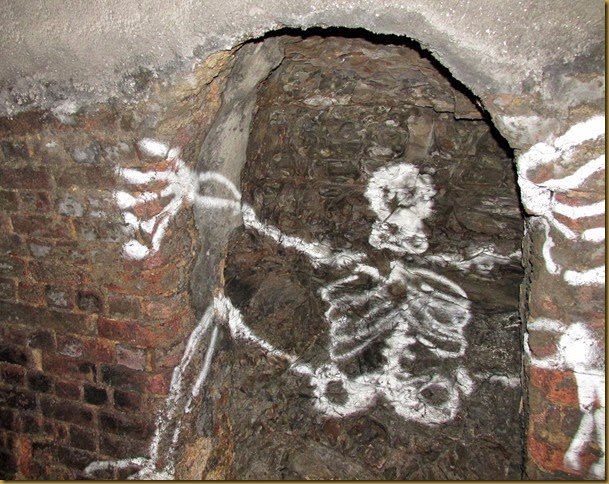 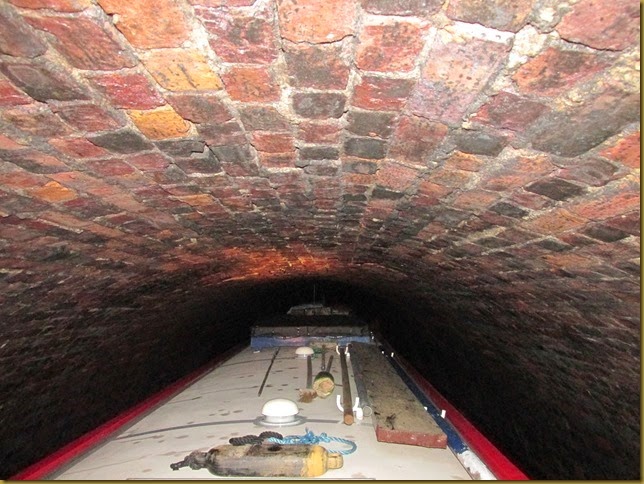 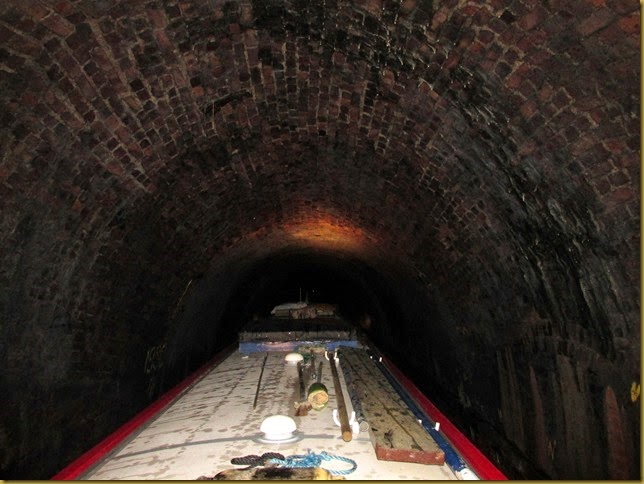 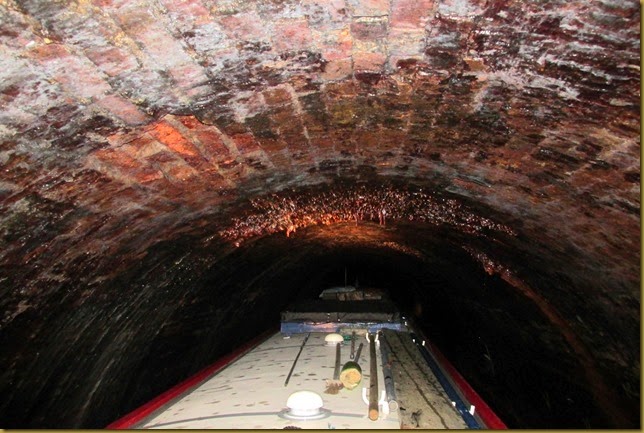 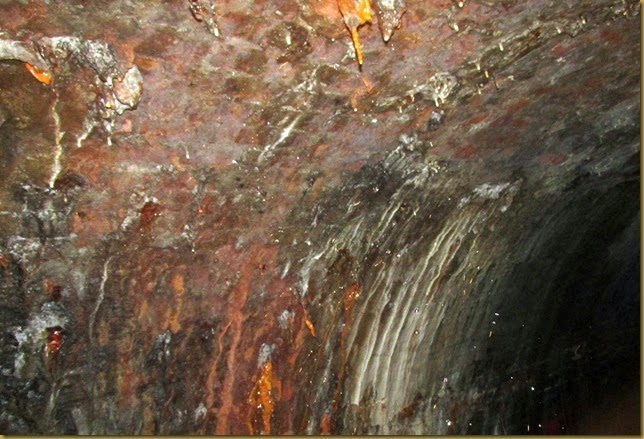 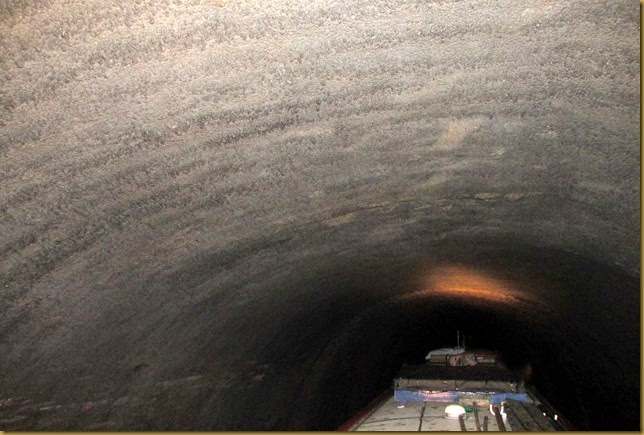 We’d timed it well, several boats were waiting at the other end when we emerged once more into daylight. 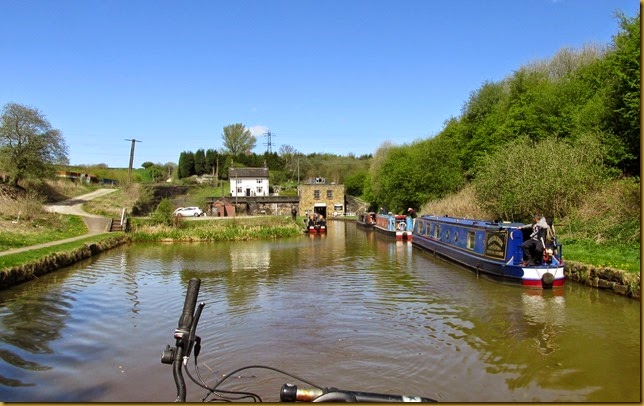 From here it’s a steady cruise past the remnants of the pottery industry to Etruria and the start of the descent into the Trent Valley.

At a garage on the canal side there’s an odd sight. Four, maybe five Mazda MX-5s, all with consecutive plates – SCLR 11 to SCLR 15 – and all fitted with screen mounted traffic cameras. 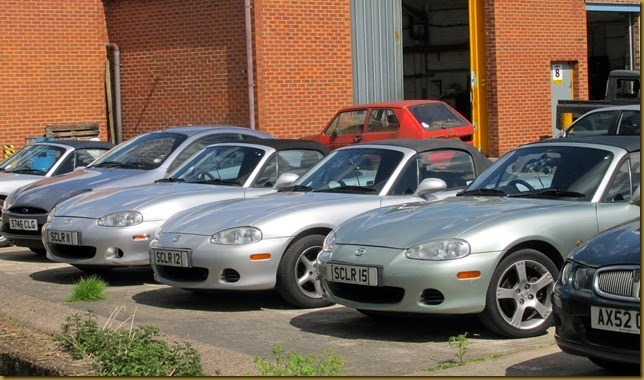 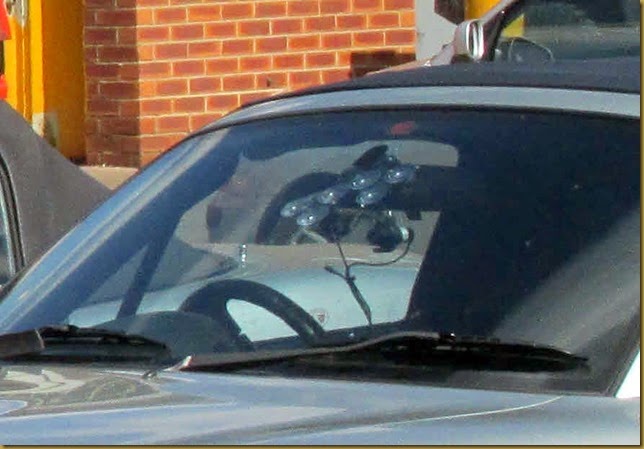 An internet search of SCLR turns up Somali Congress for Liberation and Reconstitution – nah.
How about Single Configuration Linear Response? Don’t think so.
Ahh, could be Shane’s Computer and Laptop Repairs. No, you’re right. Unlikely.
So I don’t know what the significance of the registration plates is. Or why the identical cars are fitted with cameras. Any ideas?

Back to the canal… 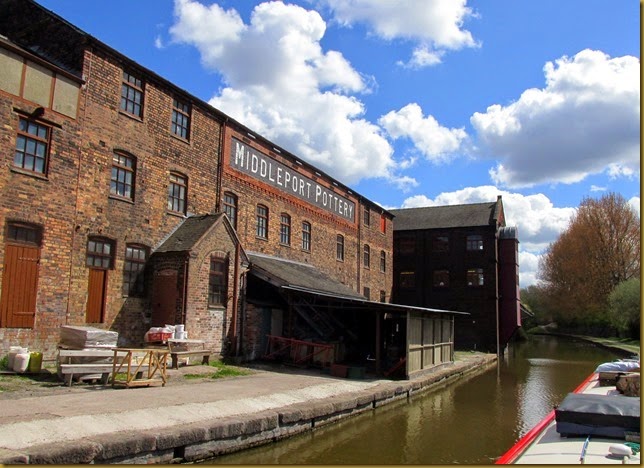 I’d not spotted this before, in fact I almost missed it this time… 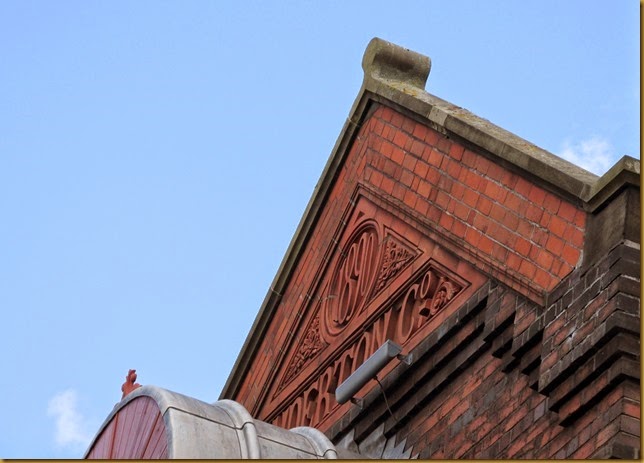 The moulding says “1890 Anderton Co.” It’s on the end of an old warehouse. The Anderton Company built this and a boatyard next door to service their carrying fleet.
The company name lives on – The Anderton Canal Carrying Company, with fuel boat Mountbatten, recently started working on the Llangollen Canal, delivering coal and diesel to boaters.

At Etruria Junction we turned on to the Caldon Canal, turned around and moored outside the Etruria Industrial Museum.

We’ll probably stay here tomorrow, it depends on a chap coming to check over our engine and fit a water trap in the fuel line. There’s no problems, but I‘d just like things to stay that way!

Well I am sure that they are all 'show plates' i.e. not legal registration plates as they have 4 alpha & 2 numeric characters, oh and they are only 'tied' on by the look of it.

They might, and only might, just belong to the CSL Group Prestige & Sports Cars based in Stoke?

Surely this is a site well worth seeing.

Would 'Mountbatten' be the supply boat once owned by Ivor Batchellor? Many years ago he was in and around Braunston.