By the time I’d had my morning run, taken Meg for a walk, breakfasted, filled with water and emptied loos and rubbish it was 11:00 when we said goodbye to Wheelock.

Signs of spring are everywhere now… 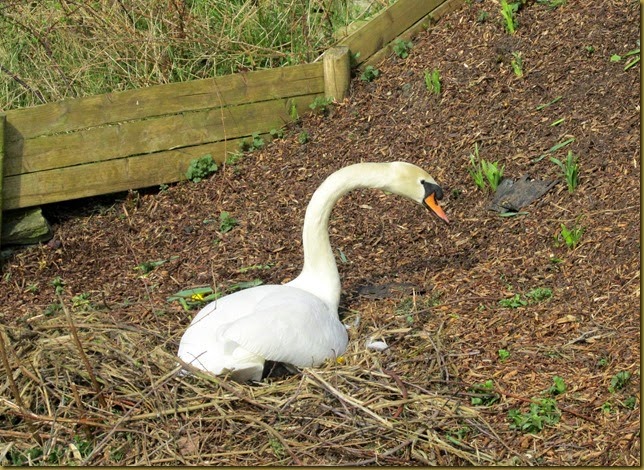 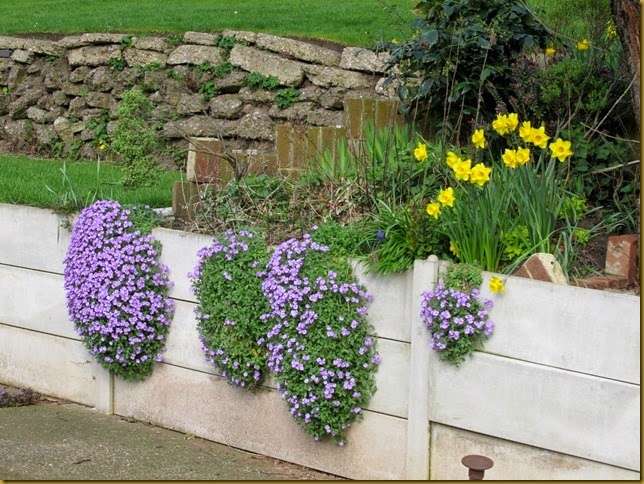 Leaving Wheelock the canal twists and turns along the valley of the river, before straightening out a bit at Paddy’s Wood. 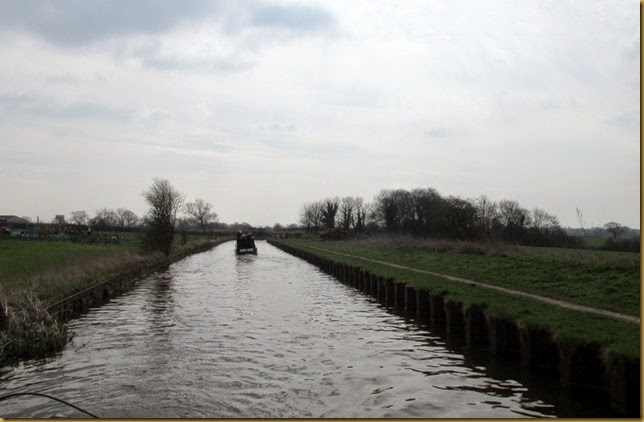 We sometimes moor here opposite Yeowood Farm, there are rings set in the top of the pilings. 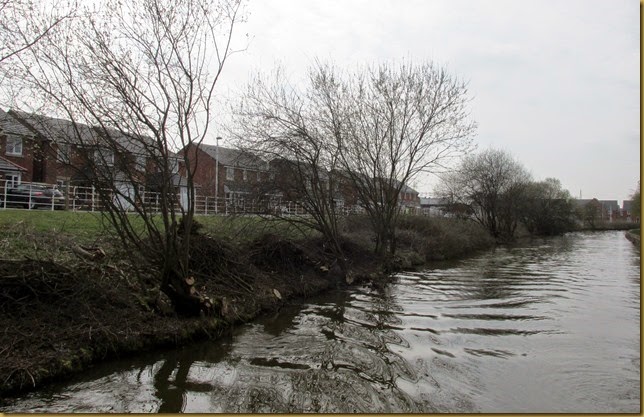 We hit it lucky at Crow’s Nest Lock, a boat was just leaving as we arrived. 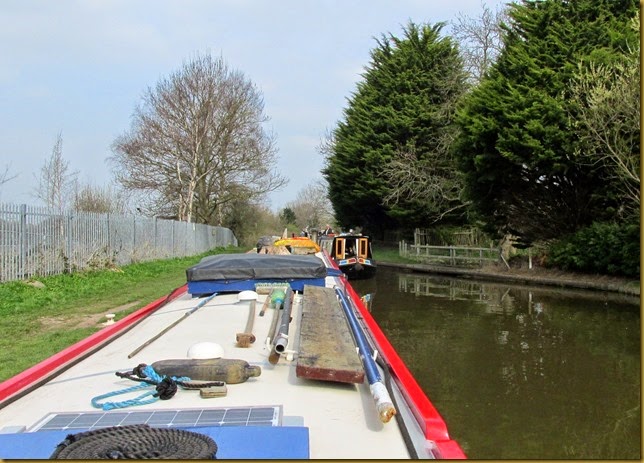 Not so lucky around the corner, both the Booth lane Locks were against us, someone must have been ahead just out of sight. A boat we waited for to come up the second lock warned us of a pair of ex-working boats heading our way.
Motor Lindsay and butty Keppel were some of the last boats built for the potteries trade. They were launched at Yarwoods down on the Weaver in 1960.
They’re now owned and operated by the Etruria Boat Group. 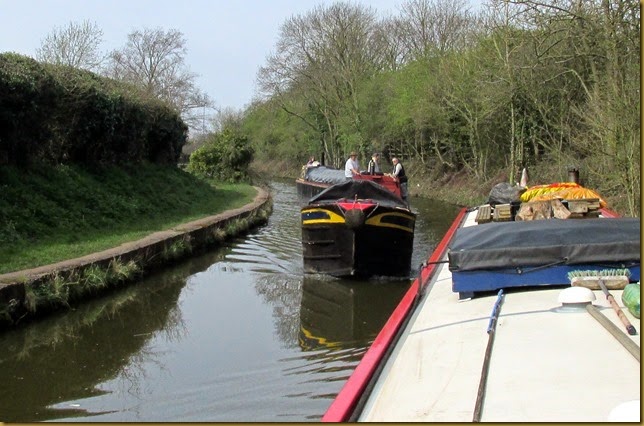 They were taking no prisoners today, we finished up hard aground after giving them plenty of space.

Below Lock 69 there’s a small cruiser that’s been there a while. 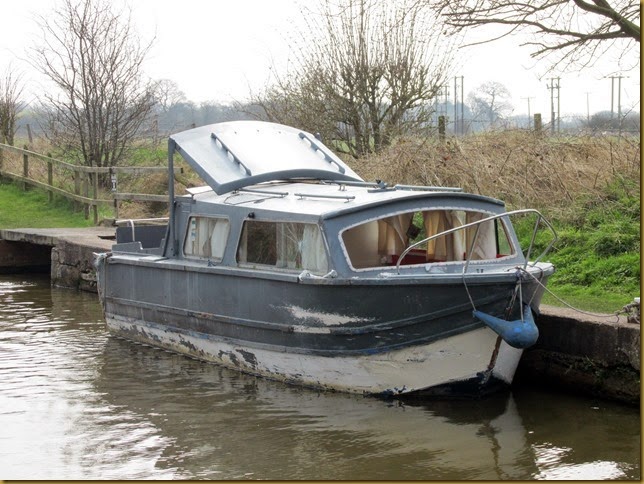 Now with no front screen it’s probably soon to finish up flooded and abandoned. Another one for C&RT to have to recover and scrap.

We struck lucky again at Rumps Lock, a boat was just leaving and another was waiting to come up, so we had a quick turnaround.

From there it was just a ½ mile to King’s Lock. It was busy along here, not helped by work boats being used during bank repairs. But we managed to slot ourselves in. 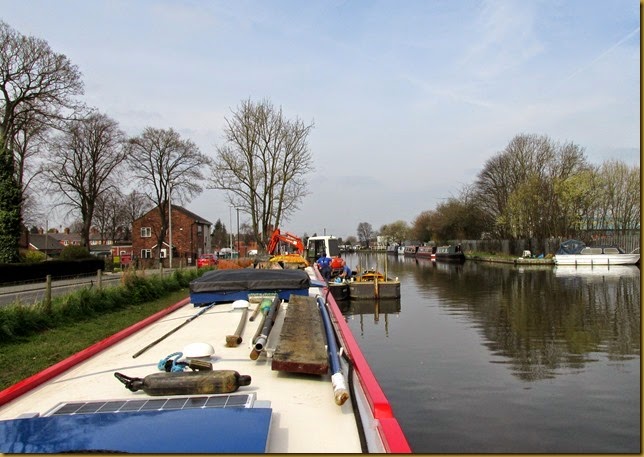 Later in the afternoon we were serenaded by the off-beat thump of a Bolinder semi-diesel as Spey and butty Betelgeuse cruised by heading south. 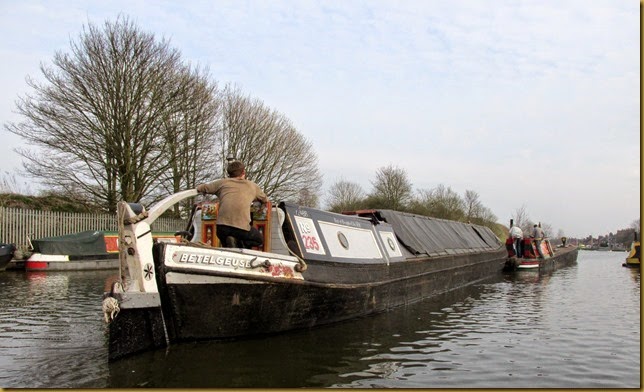 "Later in the afternoon we were serenaded by the off-beat thump of a Bolinder semi-diesel as Spey and butty Betelgeuse cruised by heading south".
Nothing to beat the sight and sound of that well put and a good post Geoff.