It was around 11:30 when we pulled pins and headed the short distance to Big Lock. As the name implies, this one is bigger than the others! North of here the canal was built wide enough to accommodate barges off the River Mersey, building this lock at wide beam dimensions meant that they could trade into the middle of the town. But no further, the narrow locks heading south prevented that.
I’d just filled it and opened the gates when an Anderton hire boat appeared so we had company going down. Then two more arrived below, so we could leave the gates open for them. This is the last lock on the T&M heading north, apart from the very shallow stop lock just this side of Preston Brook Tunnel.

Out of the town the canal crosses the River Dane on a metal trough aqueduct. 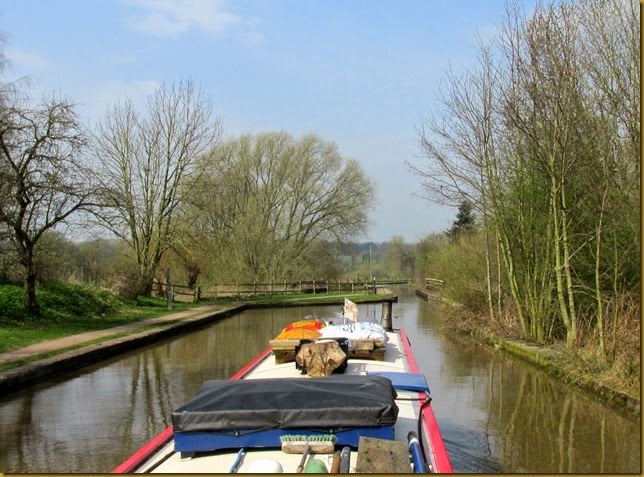 This is narrow, although the original stone one was wide but was damaged by flooding. 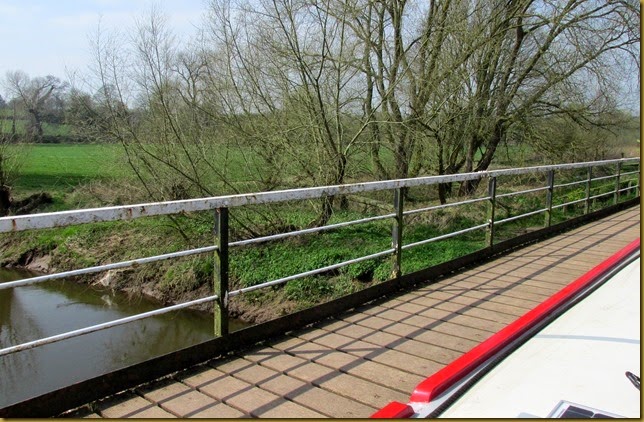 The stone abutments can still be seen at the sides and the remains of the supports still sit in the river bed.

Brine extraction has caused considerable subsidence in the area, instead of the sturdy ached brick bridges more common to canals, this section is crossed by flat decked bridges. They’re more able to cope with changes in ground level, and easier to repair when they can’t! 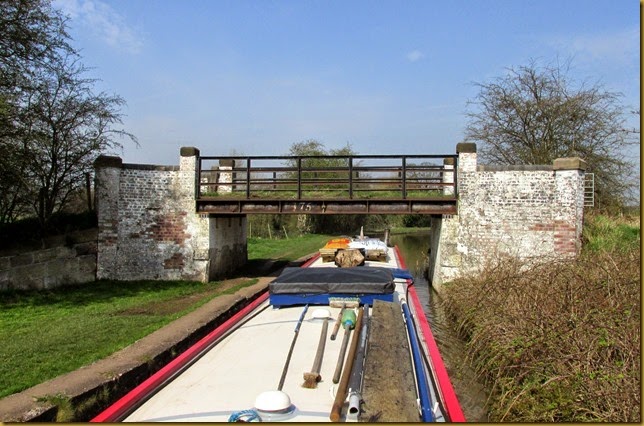 Croxton Flash, a shallow pool alongside the canal caused by water flowing into the settling ground. 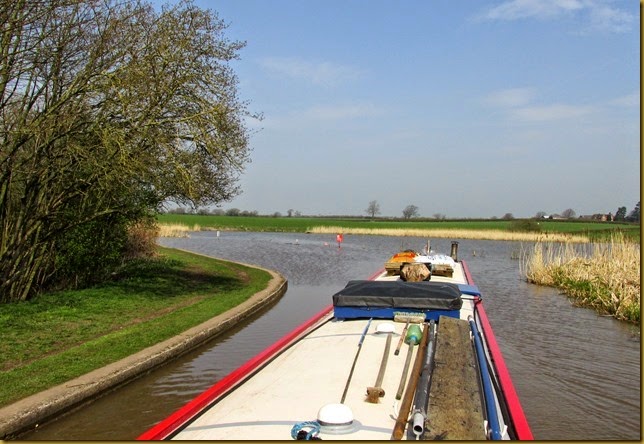 The canal follows the river valley to Whatcroft, cutting through wooded sections and breaking out into pasture. I think this is one of the prettiest sections of canal. 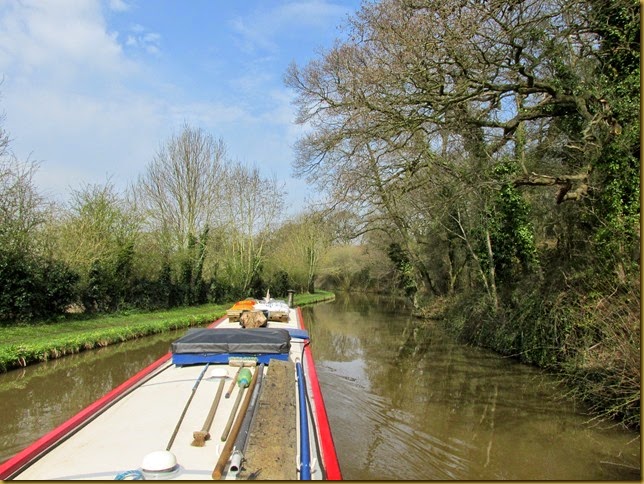 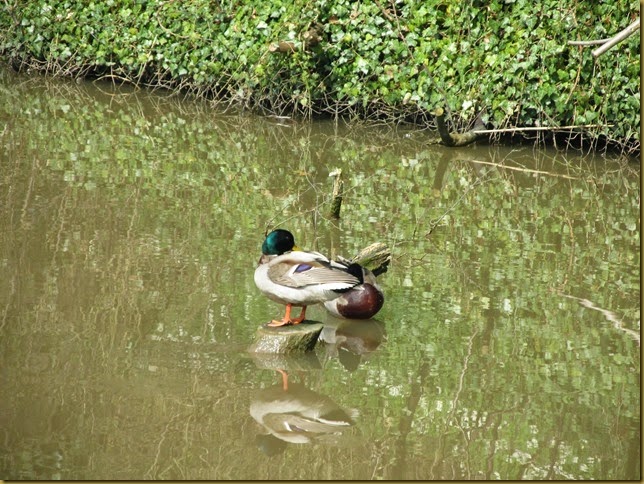 Wood Anemones in the shade 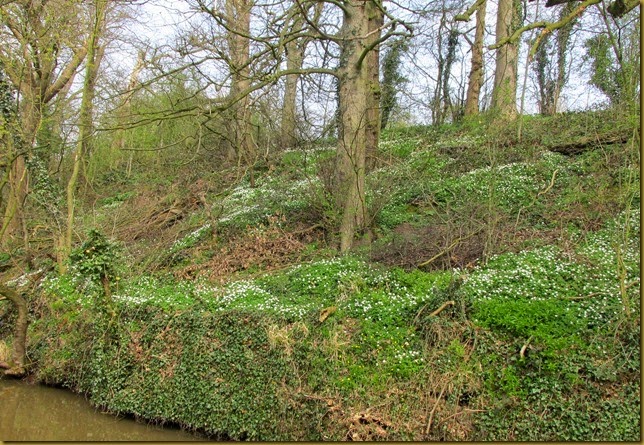 The silly season has started… 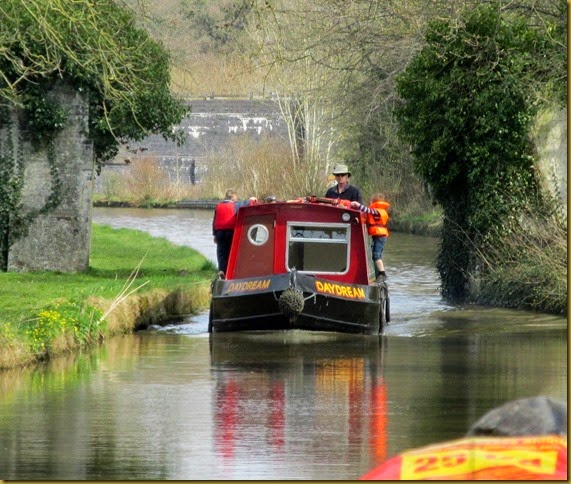 They might be wearing lifejackets, but there’s a big whirly thing just under water, waiting for one to fall off… No Daydream then, just a nightmare.

We pulled in at South Flash, just beyond the very wide (and very shallow) broad. 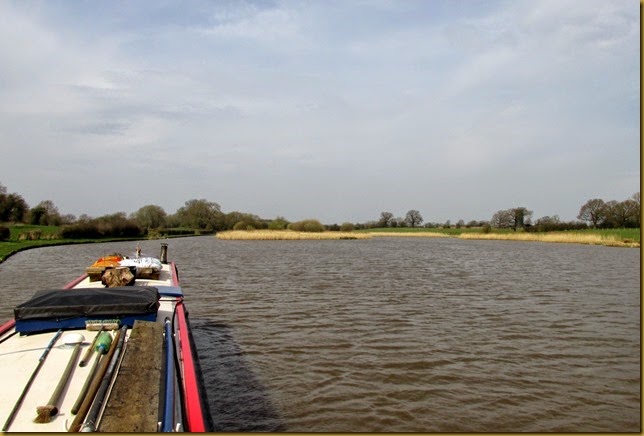 There’s been a steady procession of boats going past this afternoon, up and down, private and hired. Not all showing consideration to moored vessels.

Just around the corner is Billinge Green Flash, where a long winded planning battle final saw approval for another marina. They were dredging the wide last year at this time, you’d have thought that with all the effort put into getting consent they’d have pushed along with the construction. 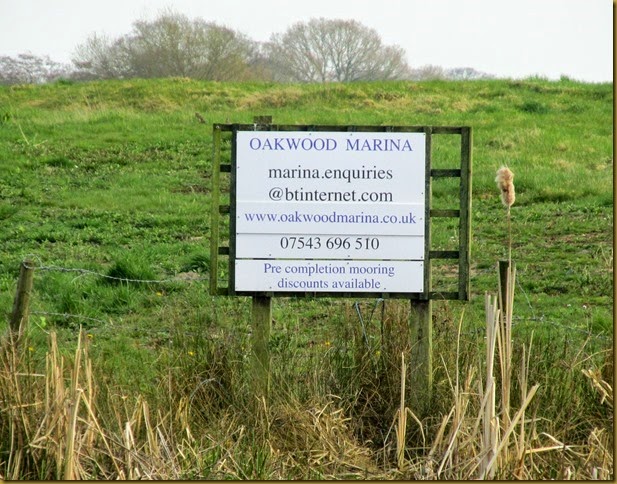 But, apart from rows of aluminium poles presumably marking the positions of mooring pontoons, there doesn’t seem to have been much progress. 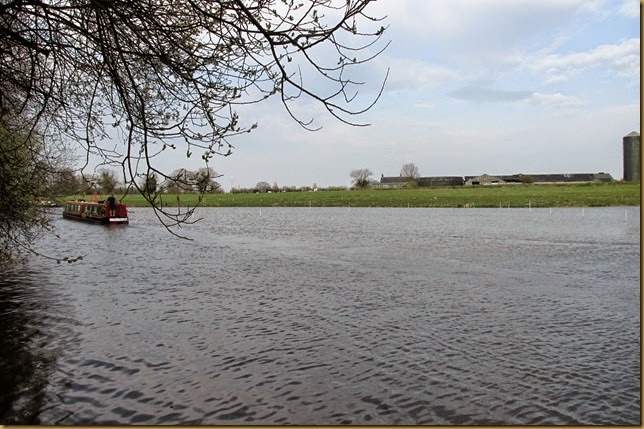 It looks like this is the last of the good weather for a bit. Atlantic lows are moving in from the west overnight, bringing rain and cooler air. They even reckon there might be some snow on high ground! Great British weather, don’t you just love it!

I guess I‘ll have to put my shorts away again…