It’s been busy these last couple of days. Even in yesterday’s appalling weather there was a fairly constant procession of boats going past, and most of the steerers were wearing bonnets! As well as waterproofs and gloves…
We chose to stay put, only venturing out for Meg walking, during which she got blathered in mud. Three times. Lovely.

Today has been entirely different. It started a bit cool and overcast, but by lunchtime the sky had cleared and the sun was beaming down. Boaters had swapped jackets for tee-shirts, although I’ve yet to see a hardy soul in shorts…

We moved down to Rode Heath, only about 90 minutes away. Of course, there were no boats coming up the six locks this morning when we could have done with them!

Church Locks, just around the corner from our mooring 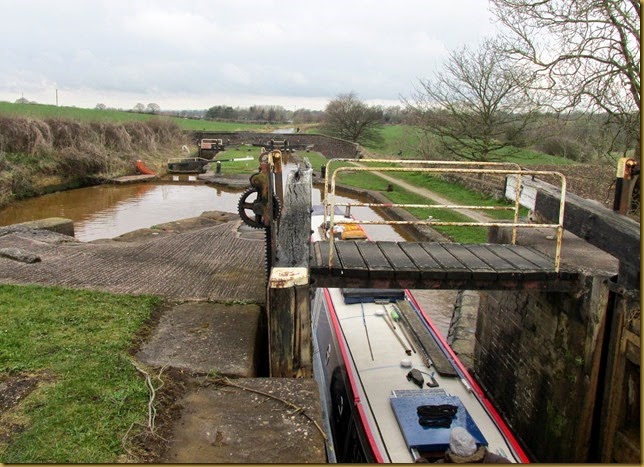 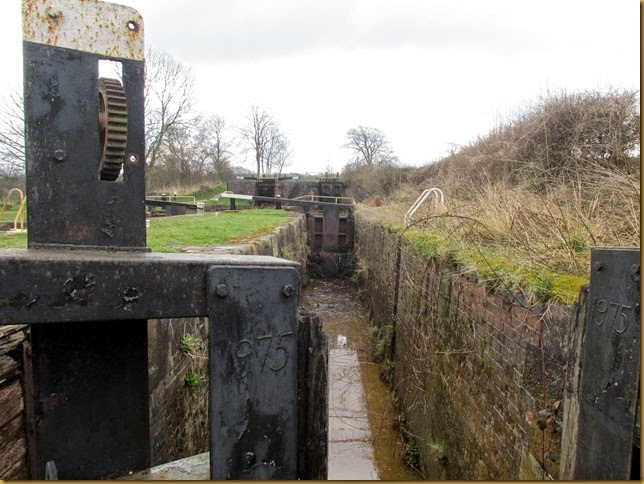 Mags comes out of Hall’s Lock, heading for the top of the Lawton Three. 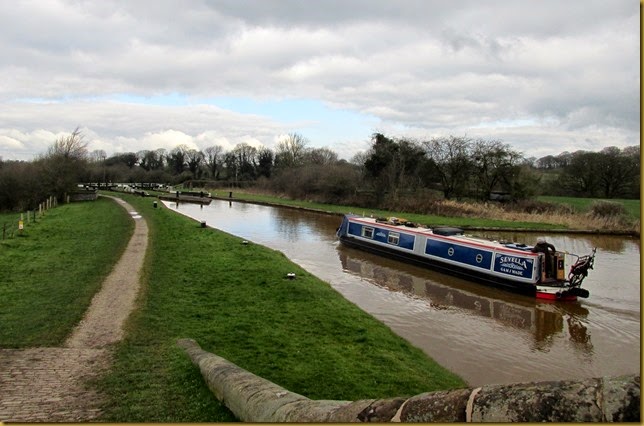 The cloud is just starting to break, a hint of blue sky there.

Below the three locks, the original line to the triple staircase locks, now filled in, can be seen. 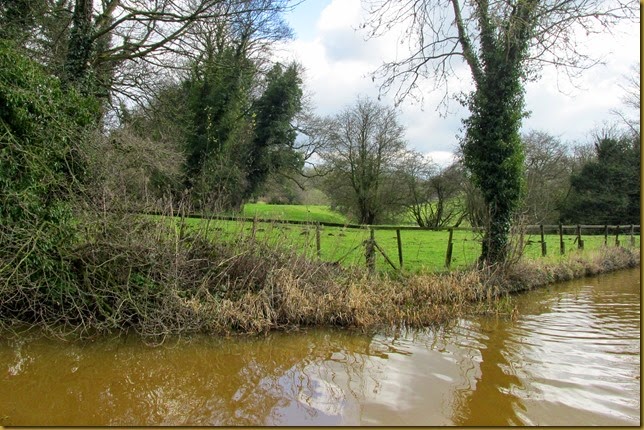 It swung to the right just past the middle tree, and you can just discern a rise through the bushes. That would have been the site of the lower chamber of the three-rise staircase.

Another 20 minutes saw us tied up at Rode Heath. Only a couple of boats here when we arrived, but it’s full now.
We’ll be staying here tomorrow, probably heading for Hassall Green on Monday. Easy stages…
I’ve got a moderately long run tomorrow, 11 miles at race pace, so I‘ll not be up for doing much anyway!

After the hype all week I made sure the TV was set up to watch Thunderbirds Are Go! this evening. The first two series, aired in 1965 and 1966 were my favourite shows at that time. They almost influenced my choice of career; I was seriously thinking about going into film model-making when I left school. But I chose to build rather larger machine tools instead. Anyway, I’d have been out of work 20 years ago with the development of CGI.

Anyhow, I watched the new, mainly computer generated show and was a bit disappointed. It seemed to lack something the original had. (Strings??). Maybe because I’m no longer 9 years old…