Another chilly night, another misty morning. But not quite so chilly, nor quite so misty today. 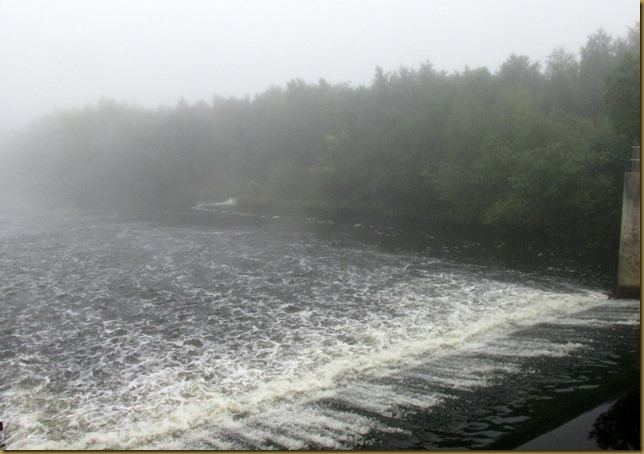 We got off a little earlier today. I wanted to arrive at Leeds Lock at lunchtime to give us the best shot at a mooring in Clarence Dock. So it was 09:30 when we set off towards Woodlesford and our first lock, about a mile upstream. 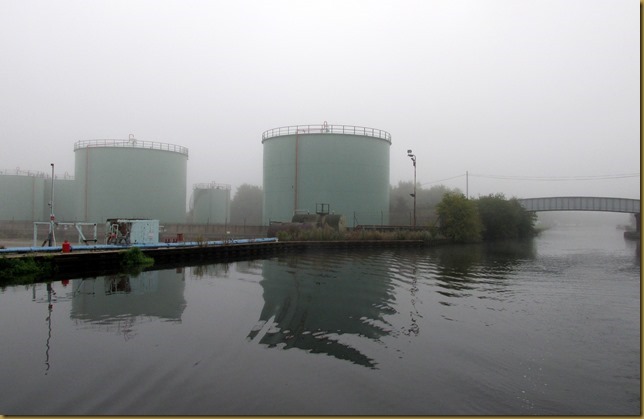 Woodlesford Lock is very pretty, and popular with a car park alongside. The keeper here won the Best Kept Lock and Bridge Award in 2000 and something. And it’s still well kept now. 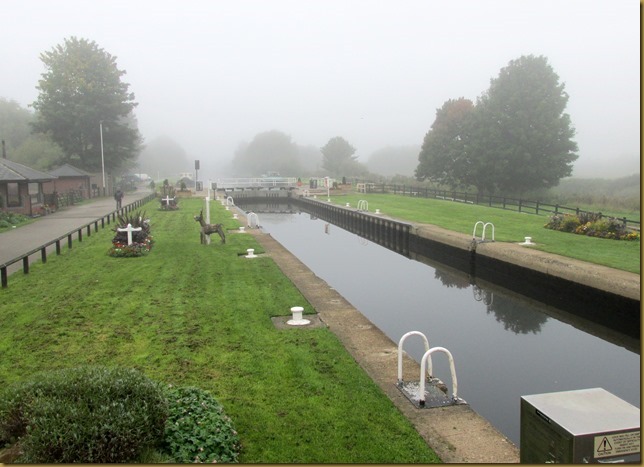 We were just getting ready to leave the lock when another couple of boats turned up. You can’t remove your key from the control panel until the gates are shut and paddles closed, so the standard procedure is to swap keys. 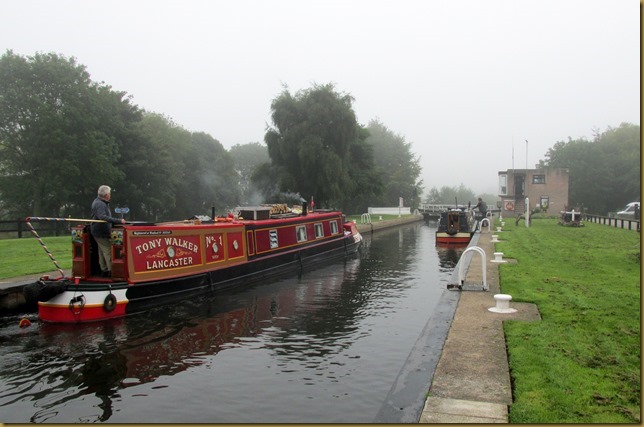 There are good moorings above the lock. 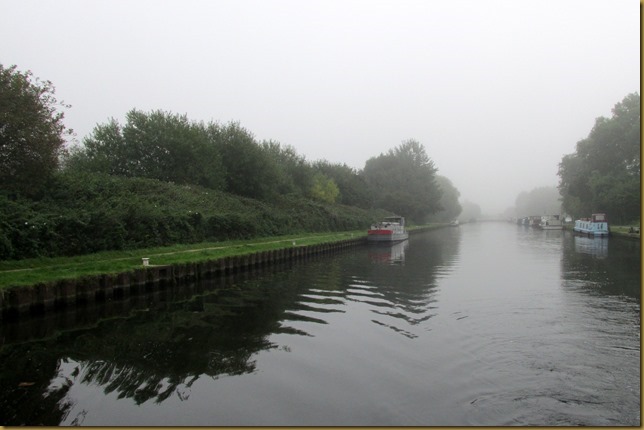 And an elephant in the bushes. 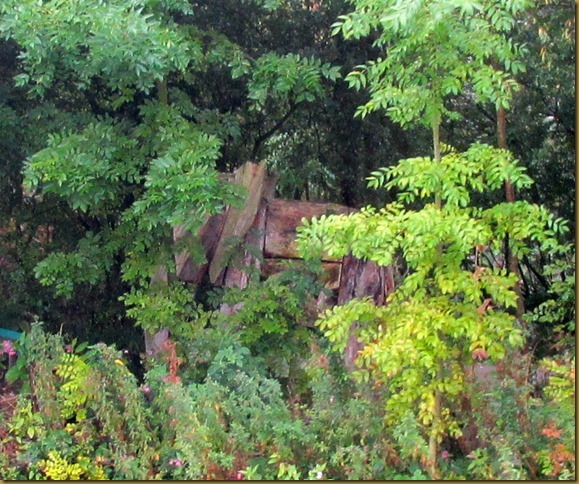 Fishpond Lock was next, the locks coming a bit closer together now as we approach Leeds. I was pleased to see the warning lights in operation, indicating a keeper in residence. 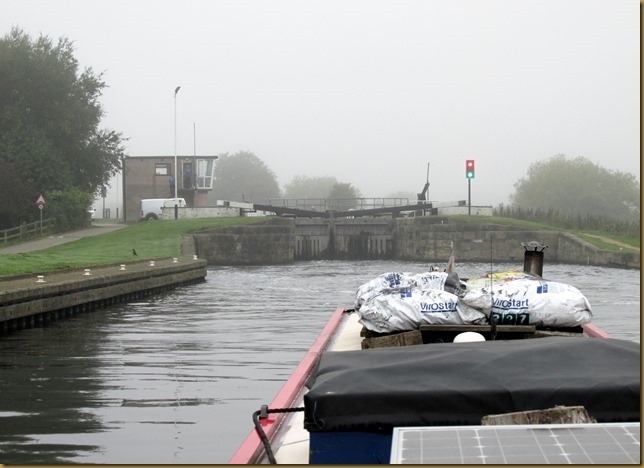 Our ascent was rather quicker than when the locks are on boater operation! 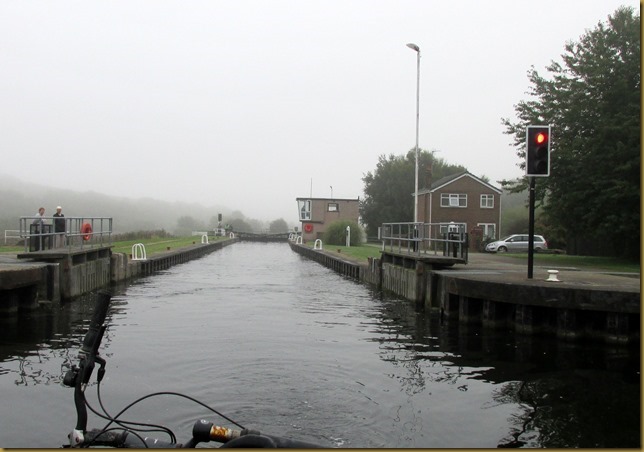 The lock house, on the right, is for sale. It comes with about 1½ acres of land and is valued at £335,000.
The house is nothing special, but, as they say, location is everything!

We had time for a brew before Knostrop Falls Lock, about 2½ miles of very pleasant cruising. 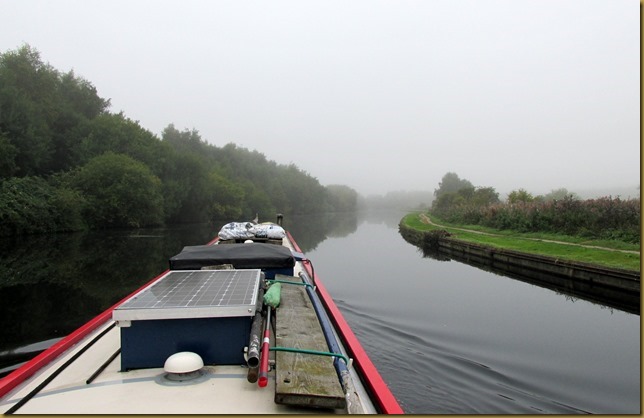 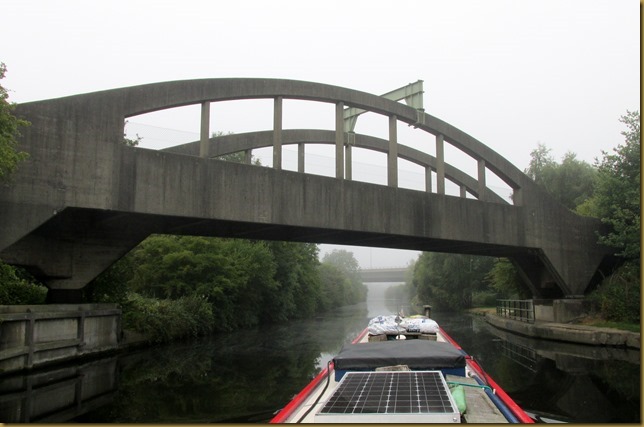 Beyond is the newer bridge carrying the A1/M1 Link road.

We’re approaching Leeds now, a long length of commercial-sized moorings on the right mark the waiting area for boats delivering to and from the Yorkshire Copper Works and Vulcan Foundry on the opposite side of the navigation. 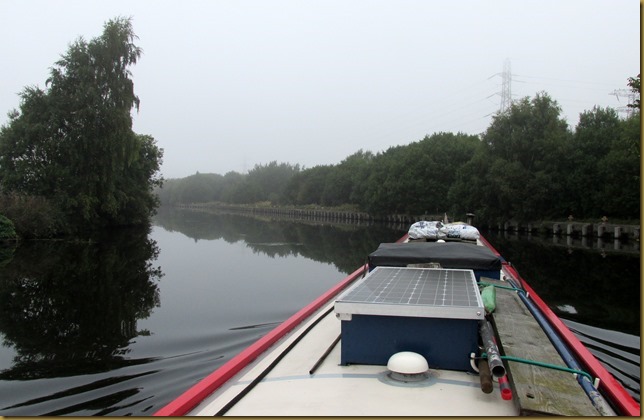 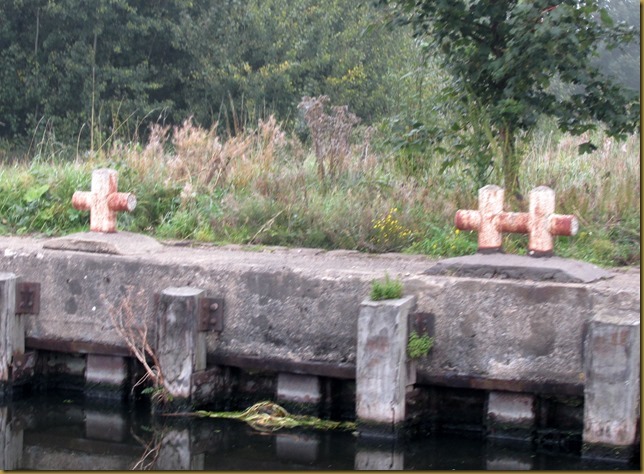 Both works have now been demolished.

The canal at Knostrop Falls Lock is right alongside the river, and a lot of bank improvements are going on there. I think it’s for this reason that there was a lockie on here as well. They wouldn’t want unnecessary pedestrians wandering about! 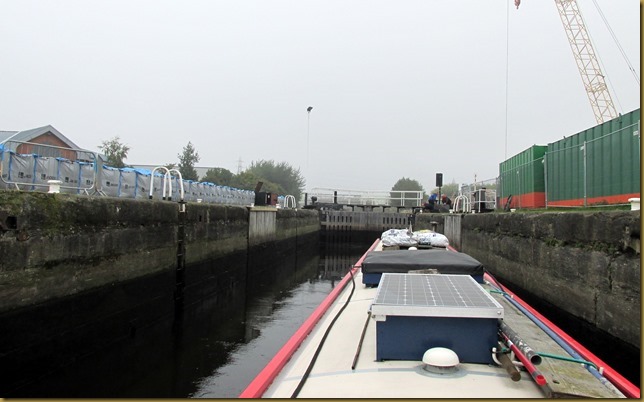 In fact we rejoined the river just above the main lock at the single-gated Knostrop Falls Flood Lock. 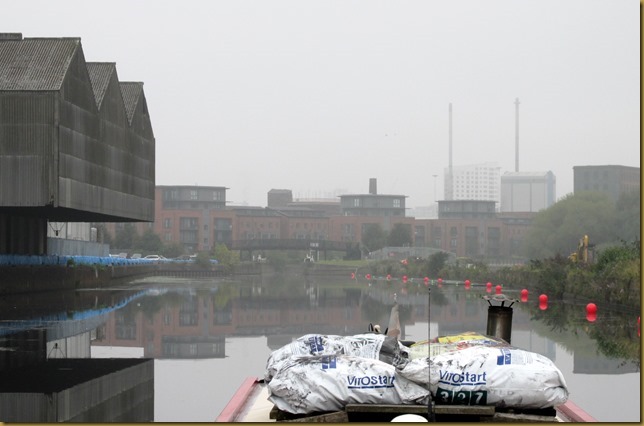 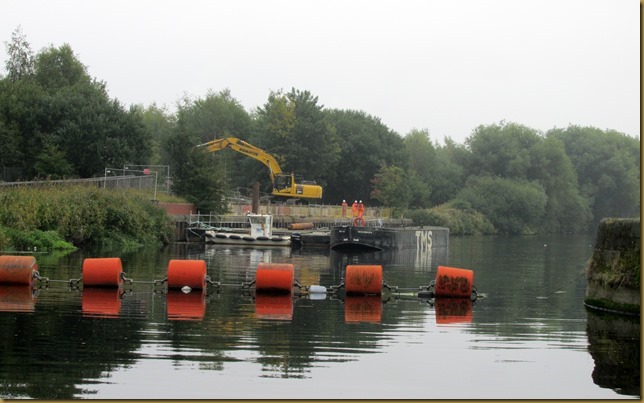 From here to Leeds Lock is only around a mile, passing the sanitary station pontoon on the way. We pulled in here to empty a loo tank before heading around the corner to the lock. 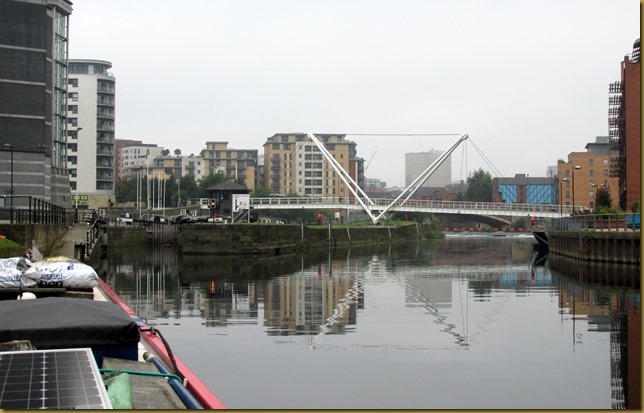 The large barge locks are behind us now. This last river lock will only take boats up to about 65 feet long unless the downstream extension is used. 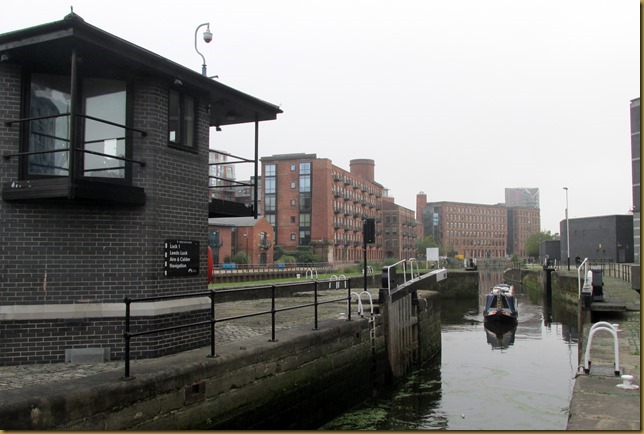 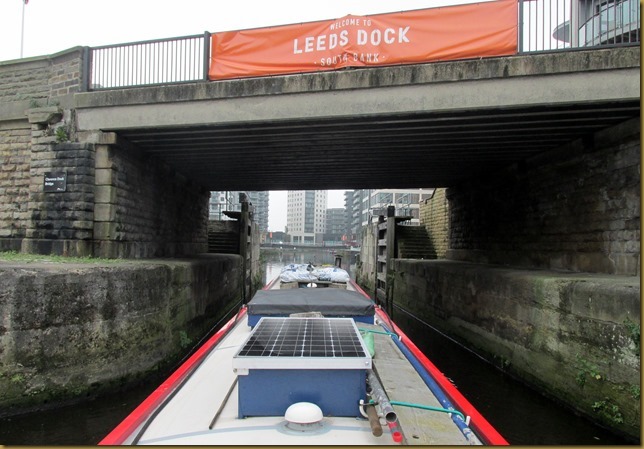 … and into Clarence Dock 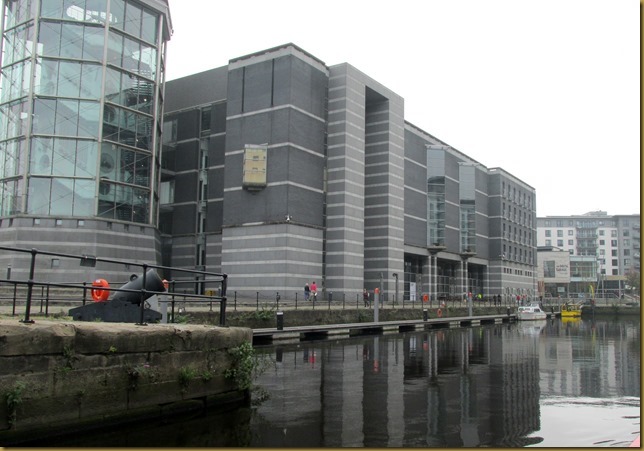 Lots of space on the visitor moorings on the left, although they’ve filled up now.

That’s us settled for two nights. 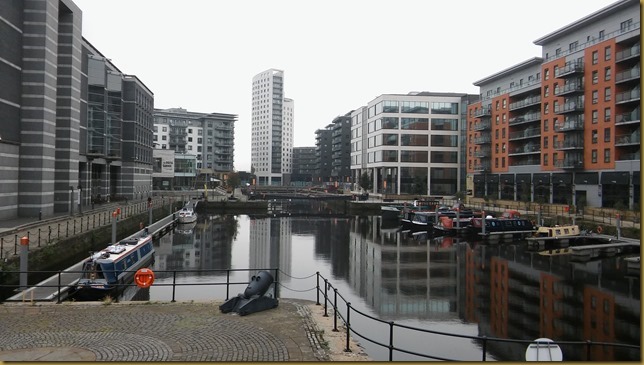 We’ve friends coming tomorrow, a visit to the Royal Armouries Museum right alongside is on the cards.