It was a busy old time, 89 years ago. The first transatlantic telephone call was made, between London and New York. WS Gifford, President of AT&T, spoke to Sir Evelyn P Murray, Secretary of the GPO. The recording is remarkably clear…
Also across the water, Robert Goddard launched his first prototype liquid fueled rocket.

Here the miners went on strike, later supported by another three million workers, which became known as the General Strike. The main stoppage lasted for 9 days, but the miners held out for several months before poverty forced them back underground. The strike was a failure; they had to accept a longer working week and lower wages on their return to work.

John Logie Baird demonstrated the first moving television picture in his lab in London, and traffic lights were installed in Piccadilly Circus.

But of course the most important event was the arrival into the world of Mags!

She’s seen a World War, the development of nuclear power, colour TV, three kings and one queen and sundry political leaders. She shares her birth year with the current monarch…
The internet and mobile phones she’s happy using, although she does have her moments.

So this is for you, Margaret, my love. Happy Birthday! 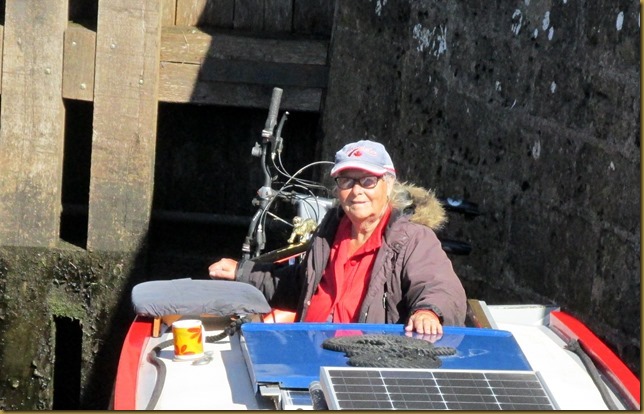 We had three nights in York, I know, slapped wrist! But we didn’t want to get to Naburn too early.

Anyway we were having guests yesterday, and it was a good day for a short cruise. 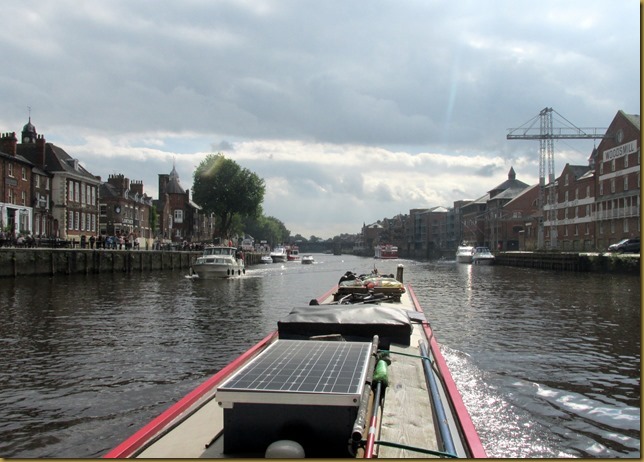 Arthur and Wendy on the tiller 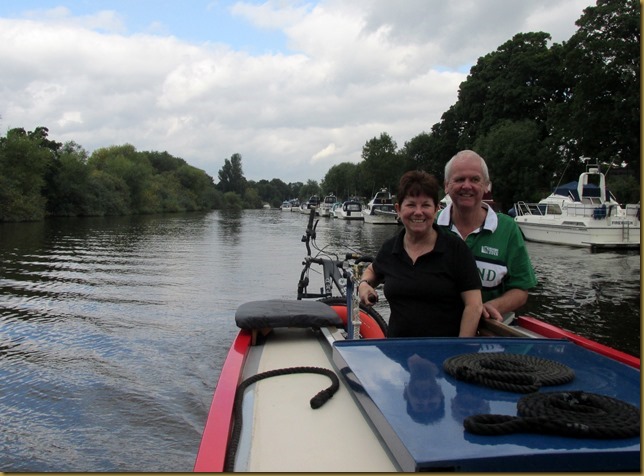 We had lunch when we arrived at Naburn, followed by a walk around the lock area.

The newlyweds again, this time with Naburn Weir behind 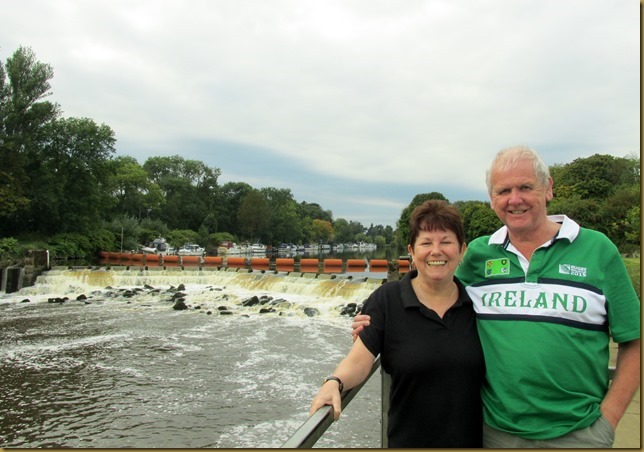 Wendy being a swinger… 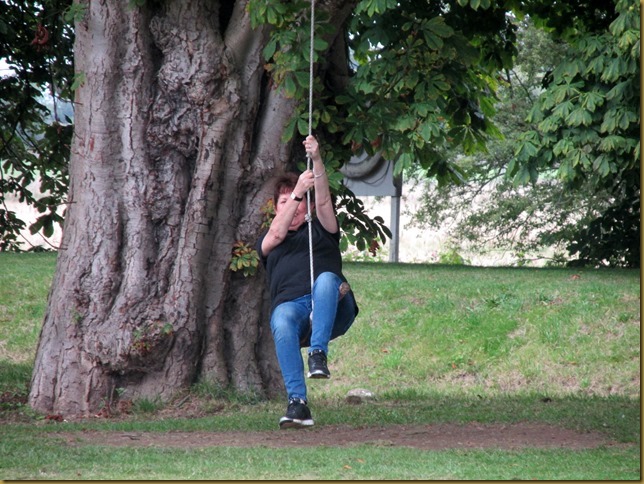 We had tea and an early birthday cake. 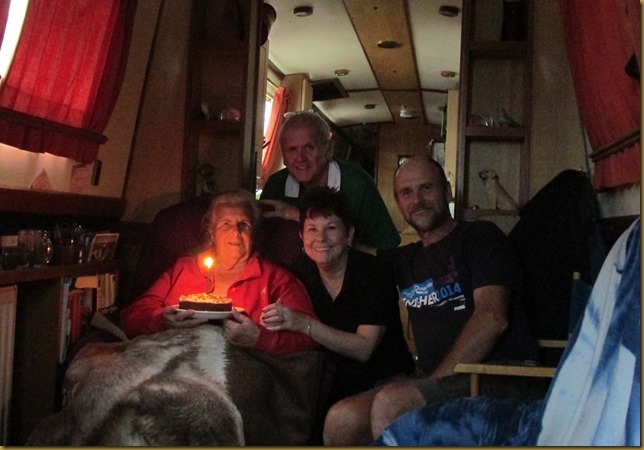 On a more sombre note, we were sad to hear of the loss of Mo, NB Balmaha. He’d been fighting cancer for over a year, but finally lost the battle on Saturday night. Our hearts go out to Ness and the family. He was one of the good guys… 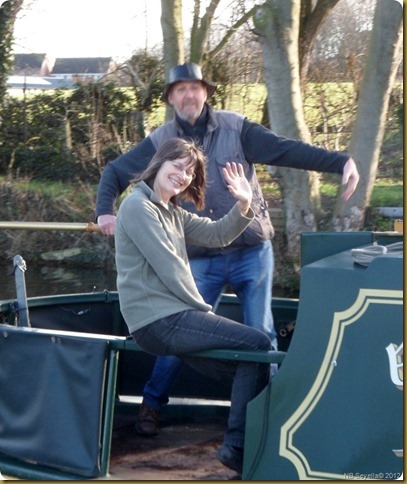 Happy times at Whitchurch on the Llangollen Canal.

I need to see the birth certificate! Still don't believe such a gorgeously youthful woman as Mags can be 89! Wishing you many more, dear Mags, and hope to see you both soon.