All the way to York

Our plan to stop above Linton Lock today went by the board as there were two boats moored on the end of the pontoon already. Both of which had been there longer than the posted 24 hour limit…

It was about 10:45 when we pulled away from the Boroughbridge moorings. Another fine, sunny morning, but it wasn’t to last, unfortunately. 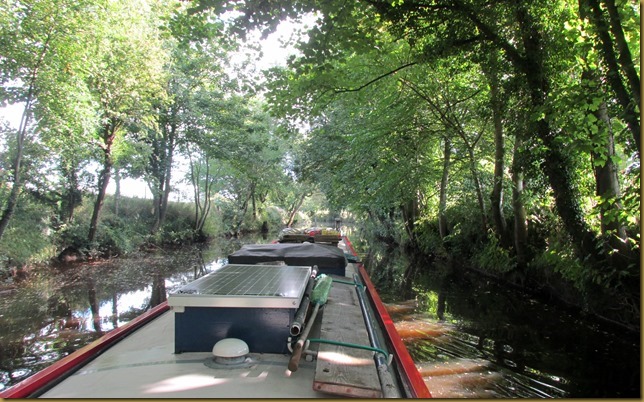 I’d had a chat with a chap on another narrowboat, Mike on NB Quantrelle. We’d agree to share Milby Lock, at least, to ease the strain of tackling these heavy gates. 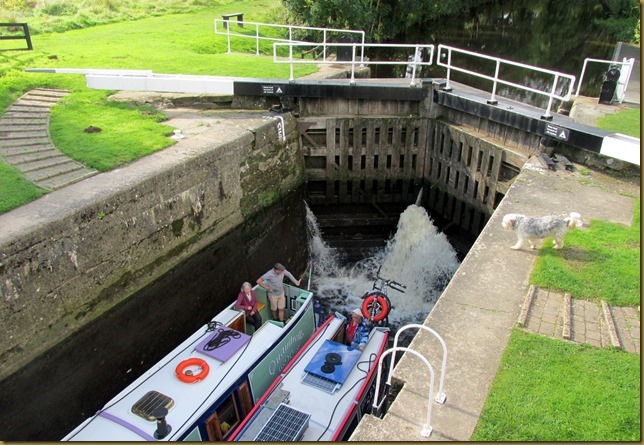 I was a bit dubious, though. Both boats are 57 feet long plus fenders, and we struggled yesterday to get out of Wightwick Lock, having to put the boat diagonally across the chamber to open a bottom gate. But we thought we’d give it a go.


All went well for a start, Mike pulled back till his stern was against the cill, and we were able to get the gate open on his side.
But we still struggled, just a couple of inches too long. Our stern button is longer than theirs…

After a bit of toing and froing we did get out, and set off after Quantrelle. 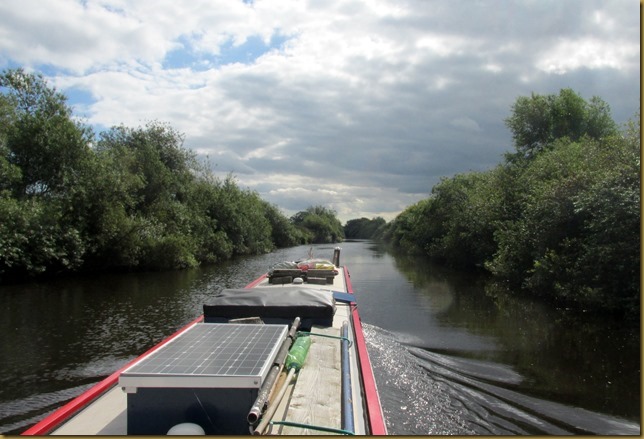 Swale Nab, the River Swale joining from the north 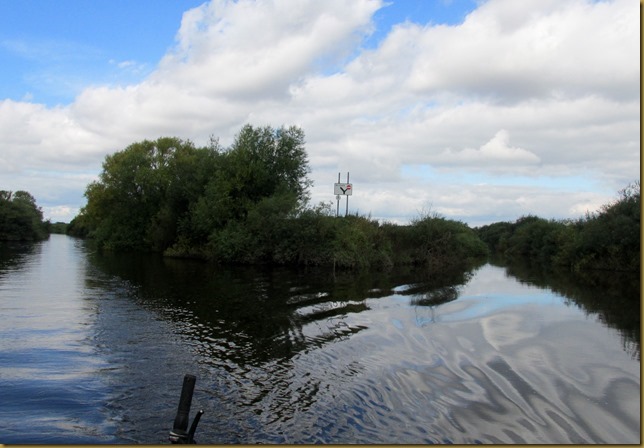 The villages stand well clear of the flood-prone river, the first sign of civilisation is 6 miles downstream at Aldwark. And that’s only a distant sighting of a church..

…and two bridges crossing the navigation. 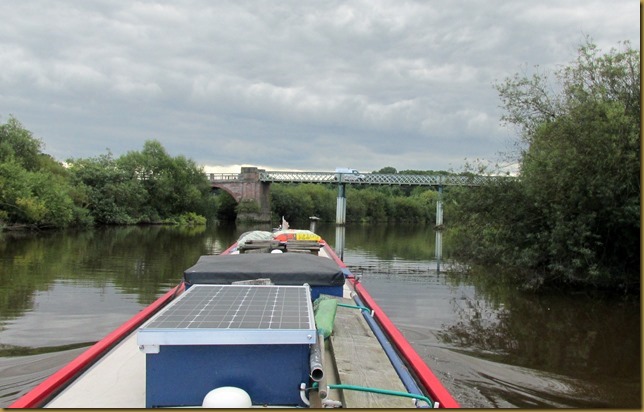 The bridge crosses at the site of a Roman ford, the village name of Aldwark is Old Saxon for old fort, referring to a Roman fort built here to protect the river crossing. The bridge now connects Aldwark with Great and Little Ouseburn. For a 40p charge drivers get to avoid a 25 mile detour.

Getting ready for an afternoon’s paddling… 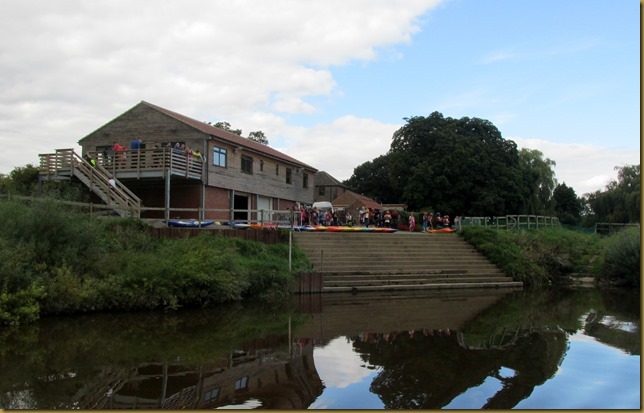 Just downstream of the bridge the Central Yorkshire Scouts have created a Water Activity Centre, offering a variety of water-based activities.

Below Aldwark the Ouse Gill Beck, a minor tributary, joins the river. It has a major impact, though. It’s here that the name of the river changes from The Ure to The Ouse. 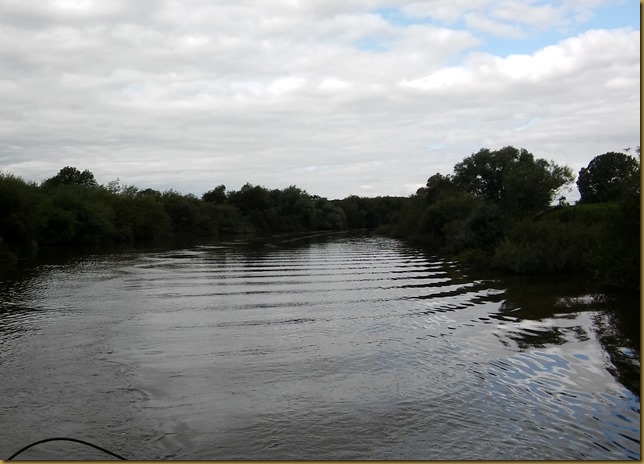 Approaching Linton Lock we saw that the upstream moorings were occupied, but luckily we’d caught up with NB Quantrelle, so dropped down the lock with them. To save any problems this time, I lifted the front fender up onto the foredeck, saving us about 8 inches on the length of the boat. We came out easily…

We pulled onto the moorings below the lock (privately owned, £6 a night…) to wait while our locking companions filled with water before taking their place and topping off our own tank.
Then we were on the way again.

Red marker buoys indicate the channel below the lock, but anyone with half a brain cell would know not to cut the corner – wouldn’t they? 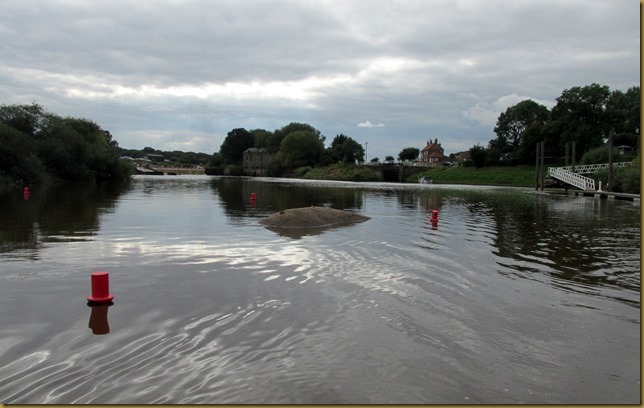 Newton–on-Ouse sits high on the left bank, All Saint’s Church is visible through the trees. 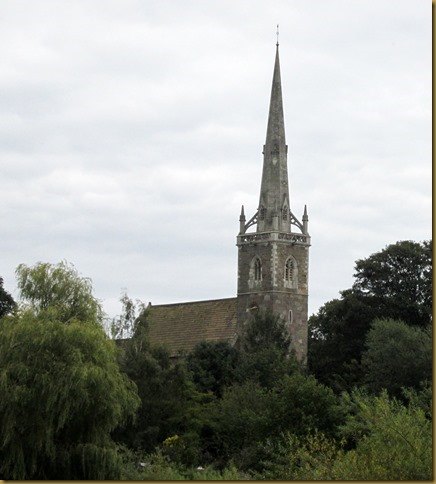 Alongside the river, part of the Beningbrough Hall estate. 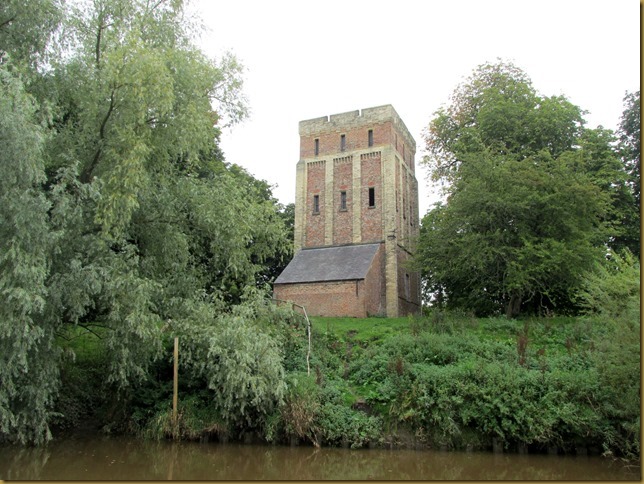 Another bend, another confluence. 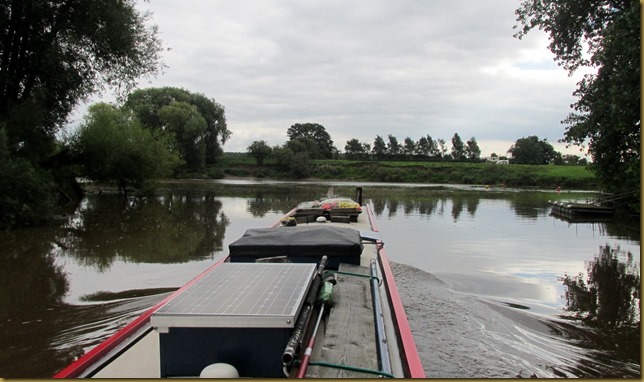 This time it’s the River Nidd, coming in from the west above Pateley Bridge. 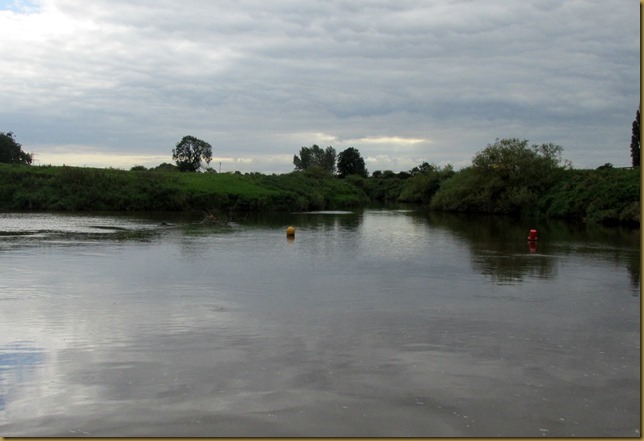 A couple of large launches passed, going upstream and causing us to wiggle a bit in their wake… 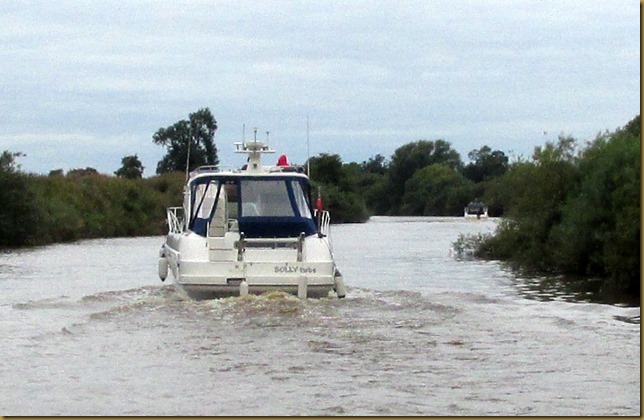 Not far to York now as we pass under the twin railway bridges at Skelton. 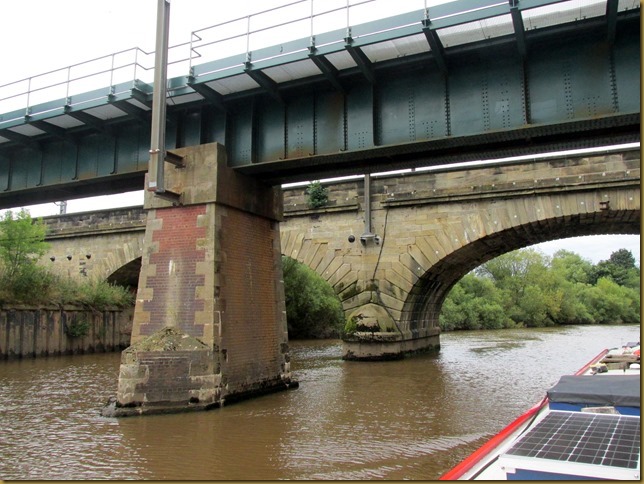 A distant glimpse of the Minster from Clifton Long Reach 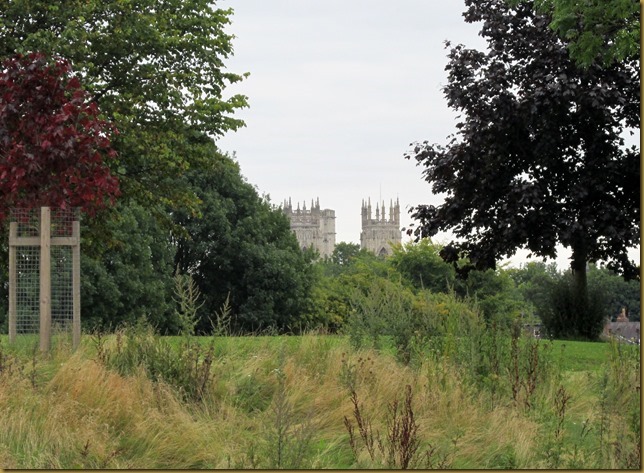 And finally Scarborough Bridge, with the Museum Gardens moorings beyond 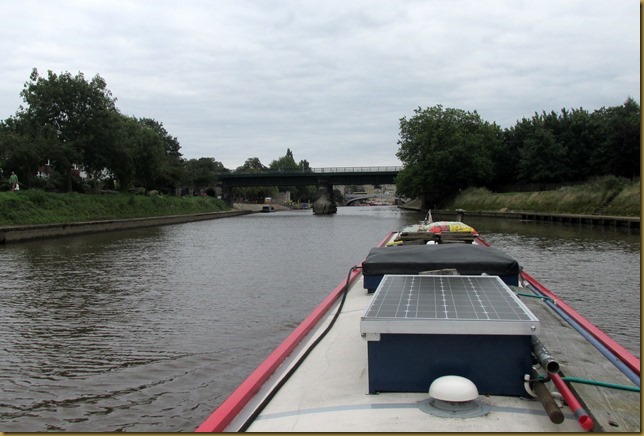 We pulled in just behind the boat visible through the arch on the left. Further on there’s an annoying shelf just below water level, and TV is a bit iffy with the large building opposite. It’s just a bit nearer the railway here, but it’s not intrusive.

Having got here early we’ve now got a couple of days off. We’re booked to go down Naburn Lock on Tuesday afternoon.

If you need fuel (Derv) we found York Marina were selling at a reasonable price when we were last there, in spite of being focused on big plastic boats !!