And we’re off! Back downriver to Boroughbridge.

After the longest stay in a marina (apart from when Mags was recuperating during the winter of 2012-2013) we’ve had, we’re finally away, out on the water. And it’s a relief, too. here’s nothing wrong with Ripon Racecourse Marina, the place is pleasant and the natives are friendly, but marinas and us don’t go, somehow.
Still, it was a useful base for our visiting that needed to be done.

We were thinking about moving out yesterday, but the weather was a bit grim till it brightened up later. But today is a different story, After a chilly night it’s been bright and sunny since dawn, warming up very nicely.

Reversing out of our temporary berth 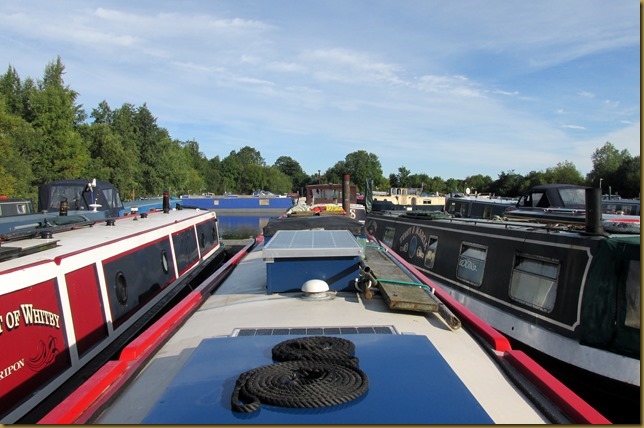 We pulled onto the service wharf to fill with diesel and have a chat to Annabel the warden, and then we were off! 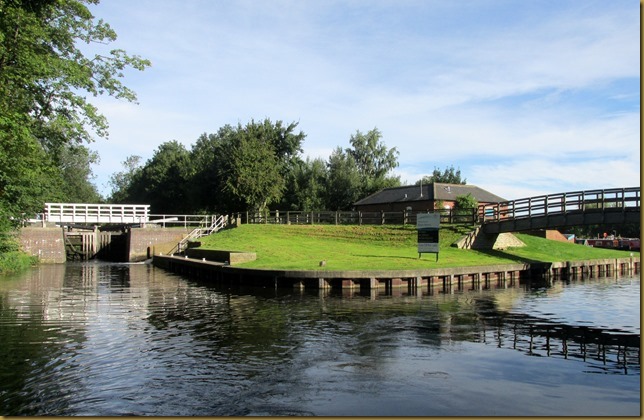 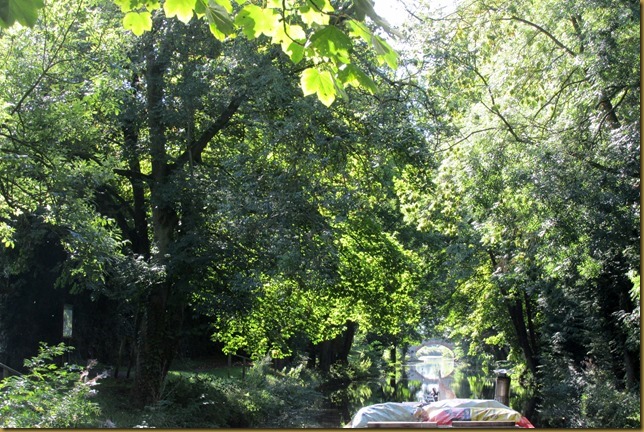 The lock was full, ready for us, so it didn’t take long to drop down to river level and join the main flow.

Out of Oxclose Lock 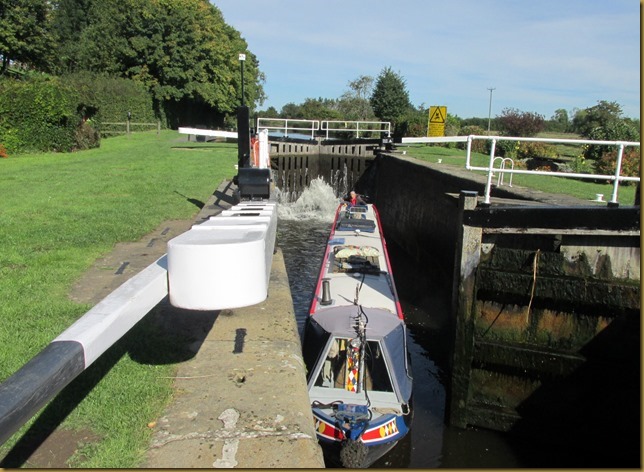 No problem with water levels 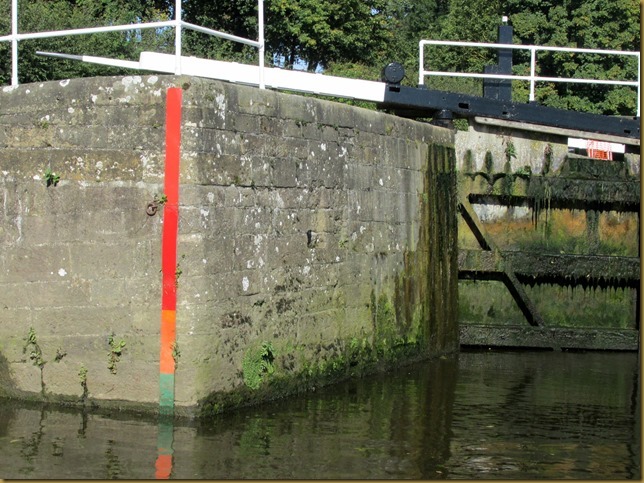 Out onto the Ure 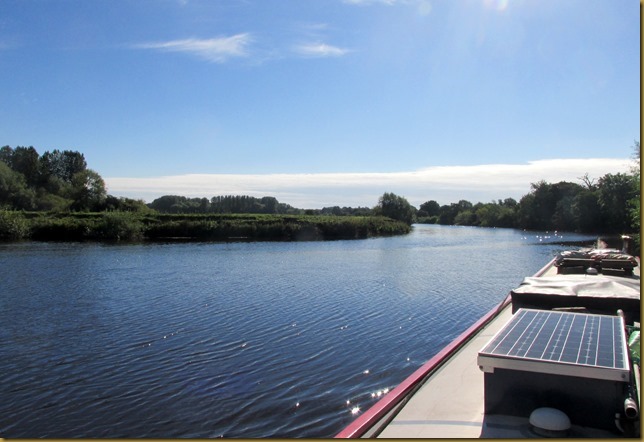 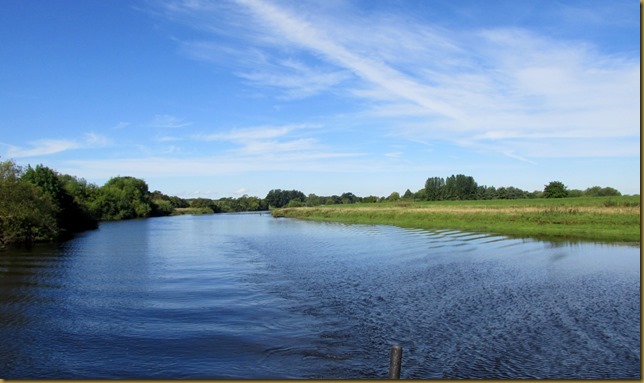 We weren’t alone, but I think this guy had forgotten his boat! 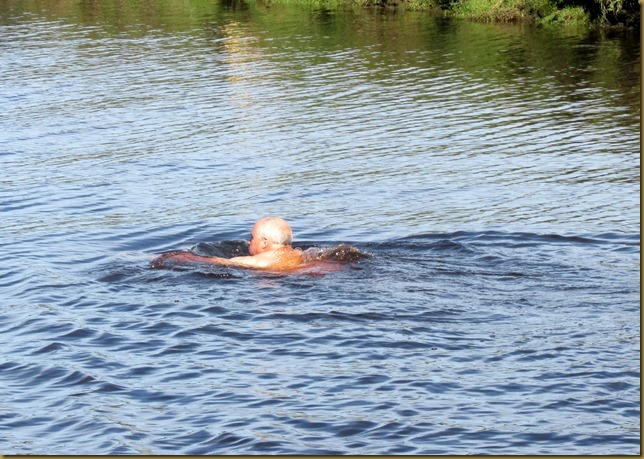 He mentioned that the water was cold… not from where I was!

Two miles downstream is the next lock at Wightwick. The entrance to the lock cut could easily be missed… 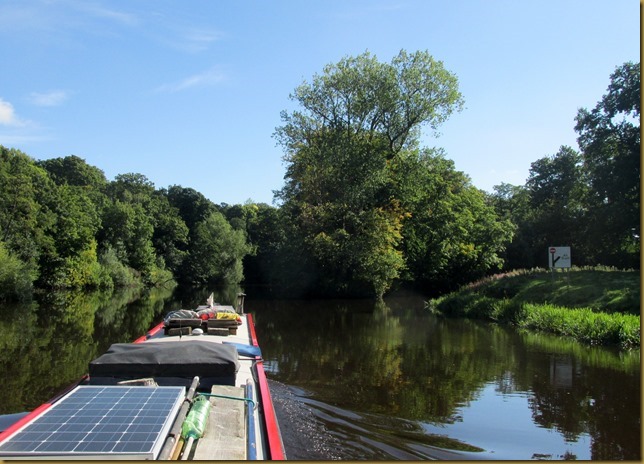 Good job that sign’s there. 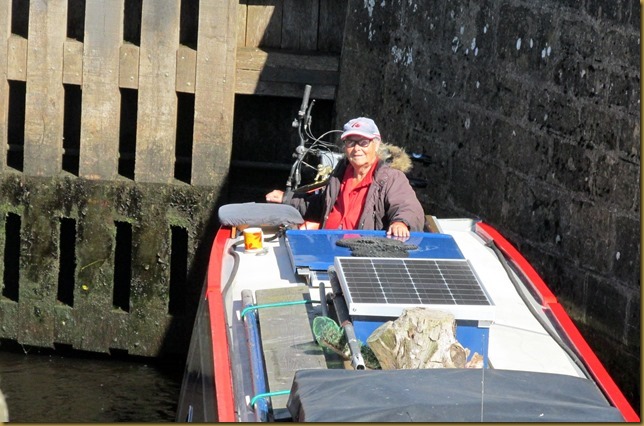 She was complaining that the sun was in her eyes. I’ve now got a slightly tender bald patch…

At just over 58 feet with fore and aft fenders fitted we’re actually slightly longer than the recommended for these locks. It shows when you’re coming downstream, we had to wiggle about a bit to get a bottom gate open. The rudder was up against the cill and the swinging gate just cleared the bow fender.

I had a bit of assistance from a group of walkers. Any help on these heavy gates is welcome! 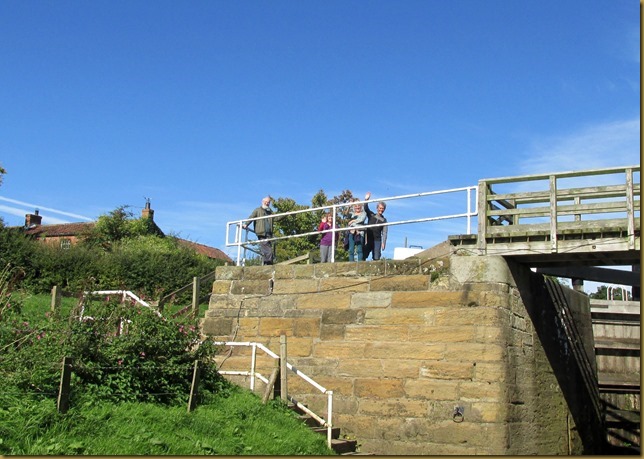 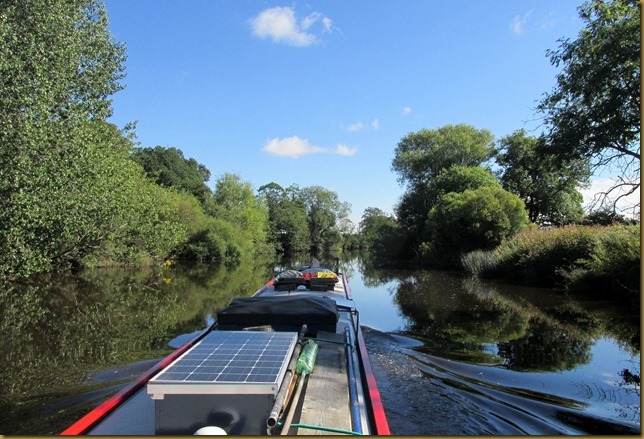 Another three or so miles saw us passing under the A1 road bridge just to the west of Boroughbridge, our stop for tonight. 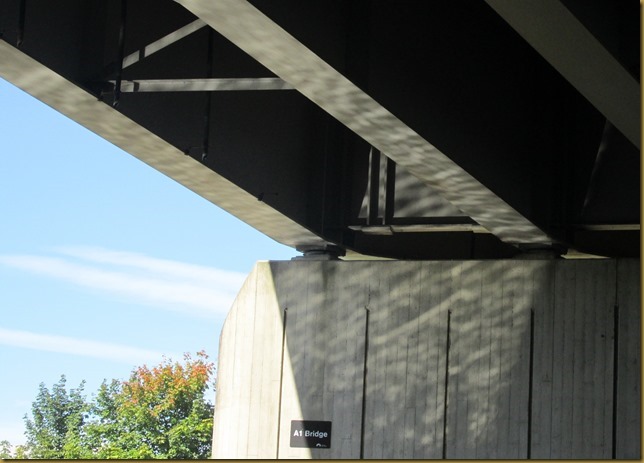 There are three bridges crossing the navigation here, a testimony to the evolution of the Great North Road into the A1(M).

The earliest crosses furthest east, carrying the old roads over Milby Cut adjacent to the moorings. This is the site of a bridge since medieval times, replacing a ford near Milby Lock.

Moving upstream is the first of a pair of bridges, this one carrying the first Boroughbridge By-Pass, badged now as the A168. The second carries the three-lane dual-carriageway A1(M).

The bypass was opened in 1963, carried over the river here on a steel cantilever bridge. With massive increases in traffic on the road, the Boroughbridge By-Pass was included in the scheme to upgrade the A1 to motorway standards. Opened in 1995 it passes over the river on a new steel and concrete span.
At around the same time the 1963 bridge was replaced, using the same construction method. 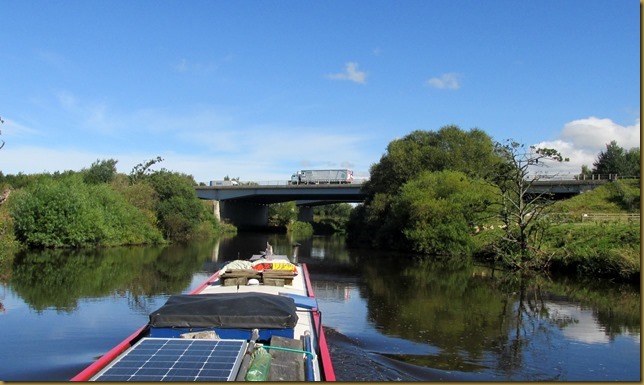 Approaching Boroughbridge, the boom on the right protects the large weir from boats. 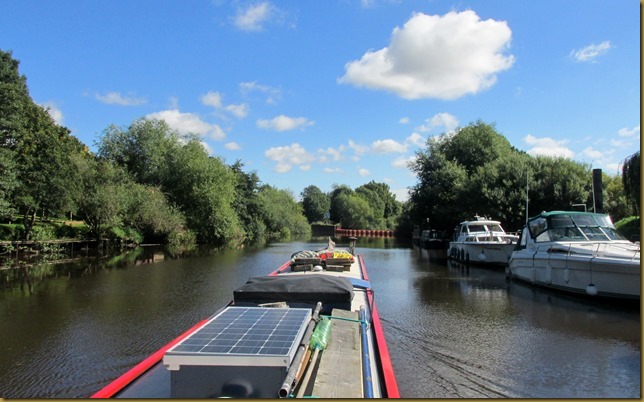 Or should that be the other way round?

We pulled in opposite the service wharf, in the same place we used on the way up. Tomorrow we’ll head on, hoping to stop above Linton Lock. Failing that we’ll probably keep going to York.