Surplus to requirements as we cruise upriver to Boroughbridge.

We left York at around 10:00 this morning. Neil was on the tiller from the word go; initially because I had a problem to sort out. Earlier the shower pump had failed, not a good thing when you’ve guests aboard, so I had to fix that. 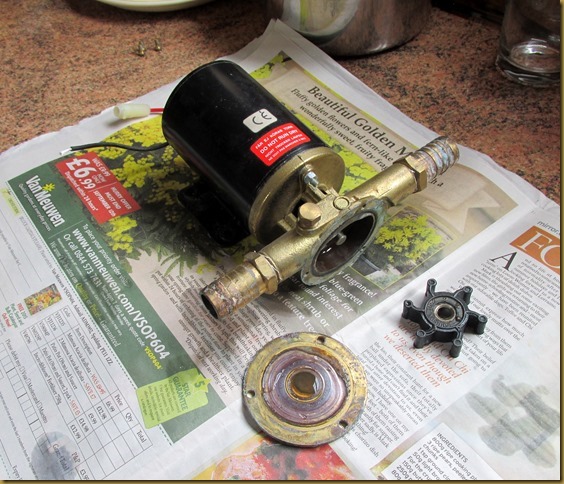 It was an easy but temporary fix. One of the lobes on the impellor had partially separated from the hub, and it must have jammed the impellor inside the housing. So I simply cut it off completely. It’ll be less efficient but it does work.

That done I went to relieve the helm, only to be told to leave him to it. So I did… 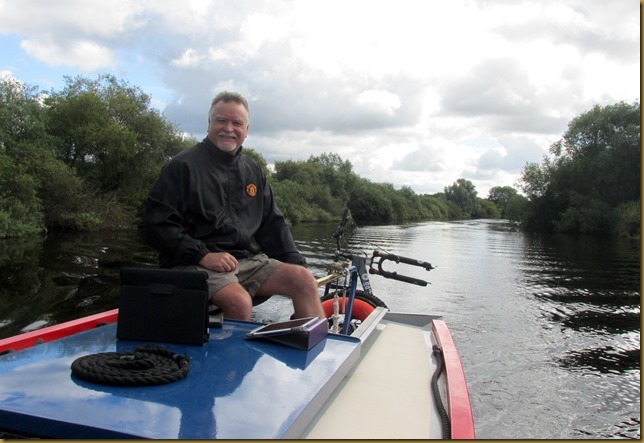 Having Neil on the tiller allowed me to get on with a few odd jobs, and get tonight's dinner started. But consequently I didn’t get as many pictures as I would normally have done. 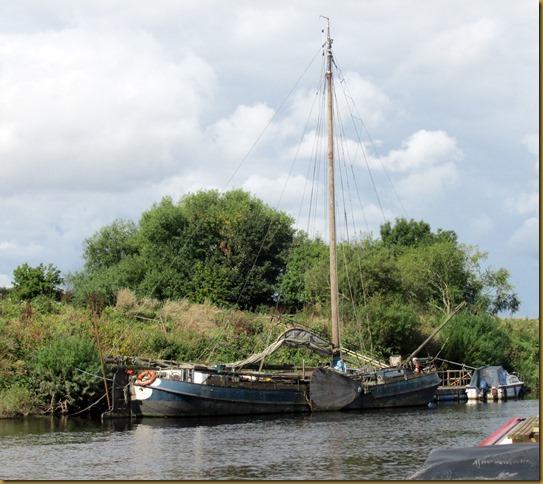 The River Nidd comes in near the village of Nun Monkton. 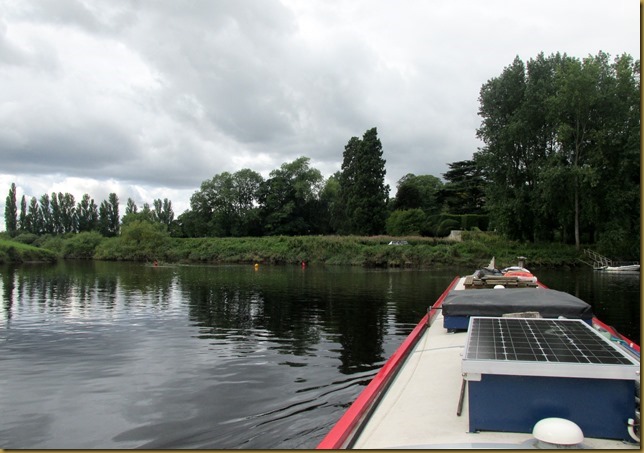 There are several tributaries up here, their own watersheds contributing to the Ouse’s reputation for rapidly flooding. 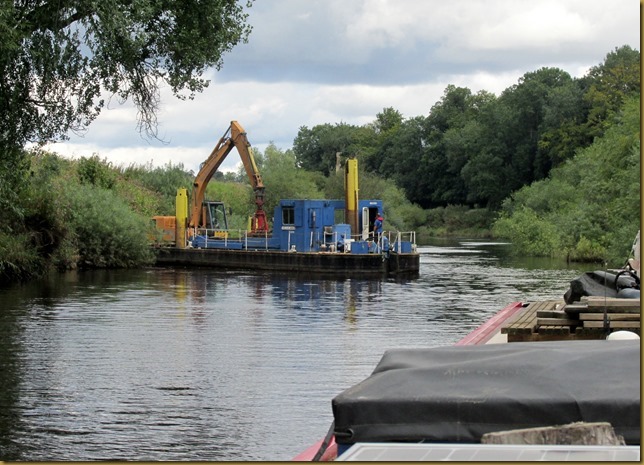 He was collecting and dumping driftwood from the river. Quite a bit of it about, probably the result of high water last week.

Newton-on-Ouse keeps itself well hidden, up on the east bank. 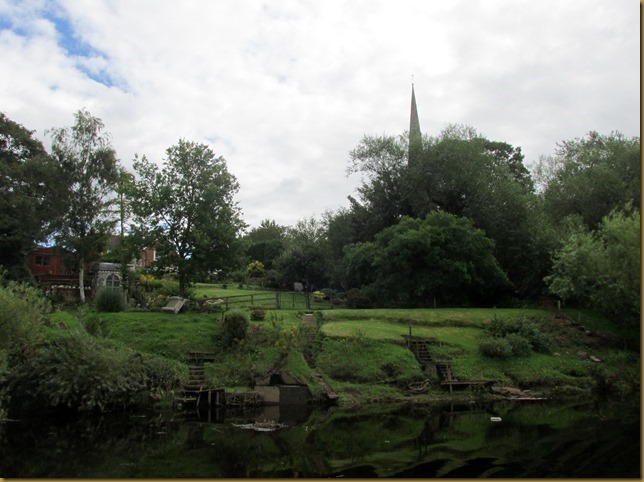 The river turns to the west here, making for Linton Lock.

Silt banks encroach on the lock approach, the channel is marked by buoys.

Linton Lock Weir, with the fish ladder and an Archimedes screw hydro-electric generator to the left. 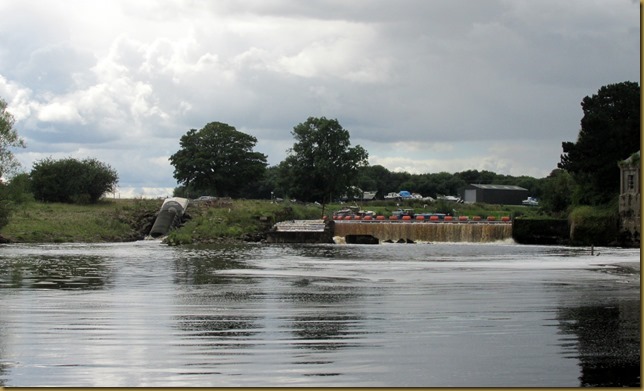 The gates were open, a workboat was on the lock landing, so we were able to go straight in. But the gates are extremely heavy,  it took all my effort to get them closed.

Neil in Linton Lock, the gates are very high to accommodate floodwater. 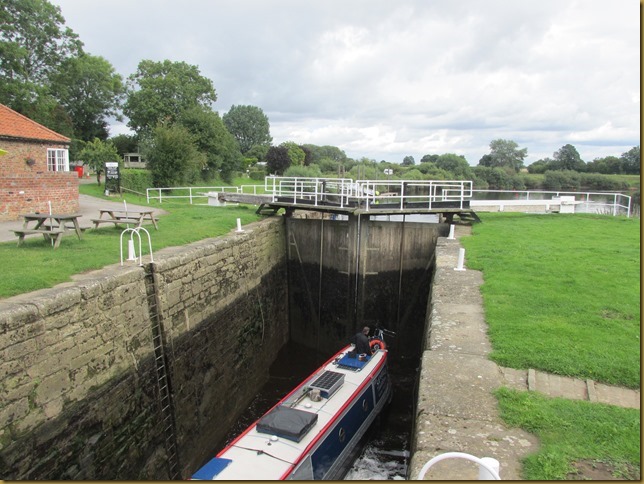 These locks on the Ouse above York restrict boat length to 60’. With quite long fenders we only just fit. Care is needed on the way back down…

The C&RT crew had asked us to reset the lock (empty it) again after we’d gone up. They knew what they were doing. Apart from the very heavy lower gates, the worm-drive sluices were bloody hard work, too!

Neil has a go, my shoulders were giving up 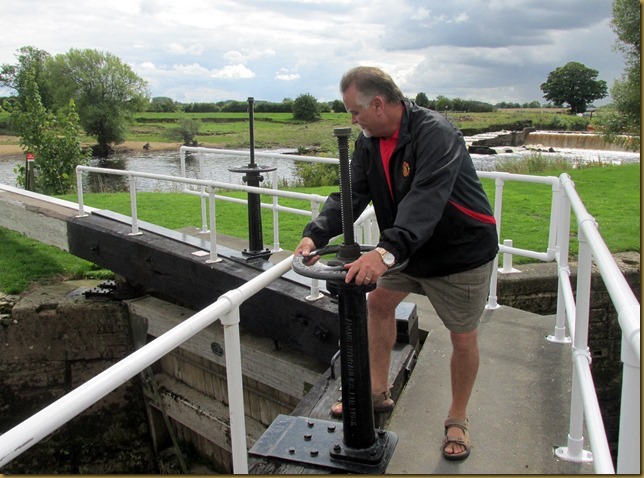 The River Swale contributes it’s share of water from the high moorland near Kirkby Stephen in Cumbria. 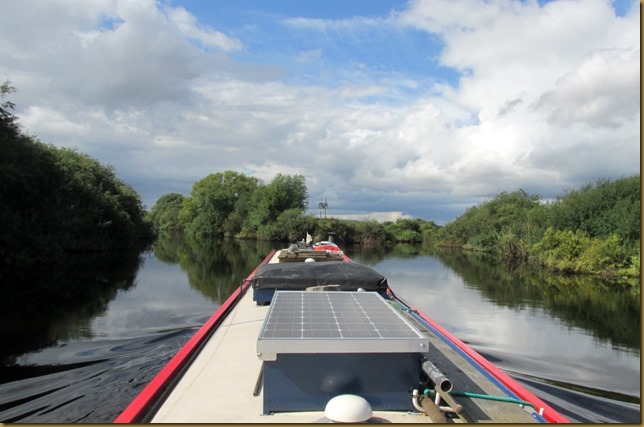 The Swale adds quite a bit of water, consequently the Ure (it changed it’s name from the Ouse 5 miles downstream) is a lot smaller further upstream.

Milby Lock, just downstream of Boroughbridge, was our second and final lock today. 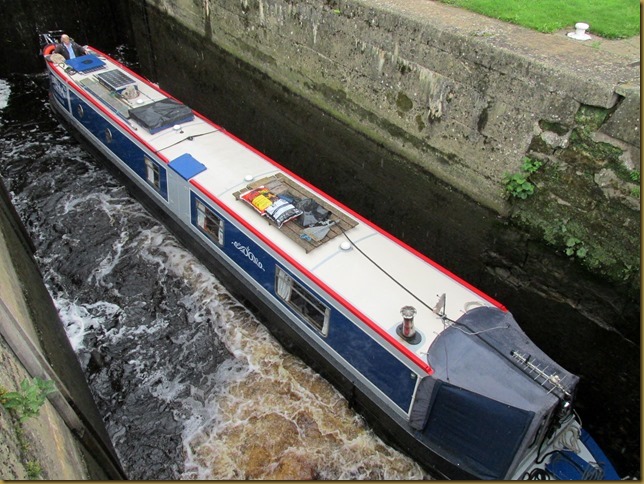 Peat from the fells makes the water coffee coloured. 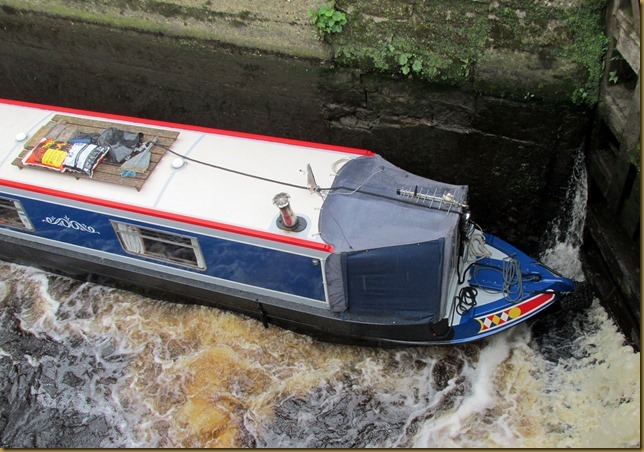 Only a couple of hundred yards along the lock cut is a length of visitor moorings. There were a few boats here and I thought that we were going to be unlucky, but there was space on the end. 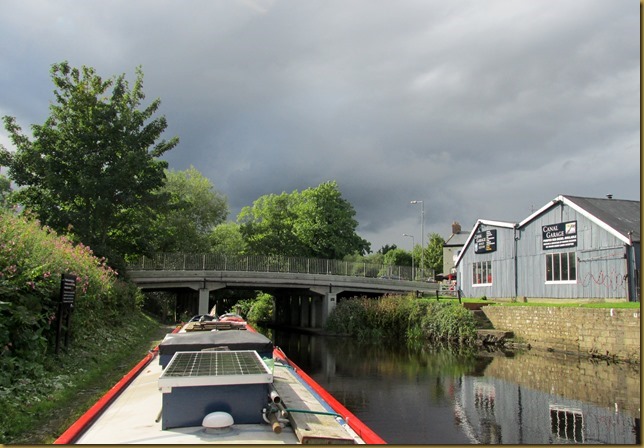 We’d have moored across the cut at the services if we had to… We only just made it. We’d had a couple of light showers through the afternoon, but that black cloud was just waiting to dump on us.

Tomorrow we’ll be in Ripon.

Linton Lock is one of the only ones I have found that I couldn't physically operate. Luckily when we went through there was a bunch of burly men from the caravan site who were only too willing to help with the gates and gear. Thankfully they were there both heading upstream and downstream.

Not such a tight fit in the lock for us though. At 25ft wit swallowed us up no problem.