Got to keep busy…

Even though we’re currently static, tied to a pontoon in Ripon Marina, I can’t sit still.
Apart from the usual duties, I decided to repaint the fore-end cants and hatch. The stem post took a bit of a biff when I misjudged the entrance to Keadby Lock the other week, scraping the paint back to bare steel. So while I was on with that I thought I might as well tidy up the whole area. Chips and scratches were rubbed back and primed, then the whole lot was rubbed down and two coats of topcoat applied. 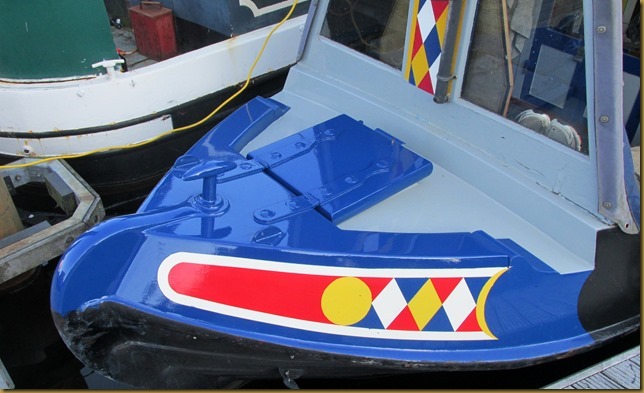 That’s better. I‘ll leave it till we’re ready to leave before refitting the fender.

Another job was to have a look at the water heater. Recently it’s been very noisy, a rubbing, scraping sound that seemed to improve as the unit heated up. The only moving part that could produce the noise had to be the air fan, so I decided to pull it apart and take a look.
I’d not been inside the thing before, so approached the job with a degree of trepidation. In the end it was a doddle… 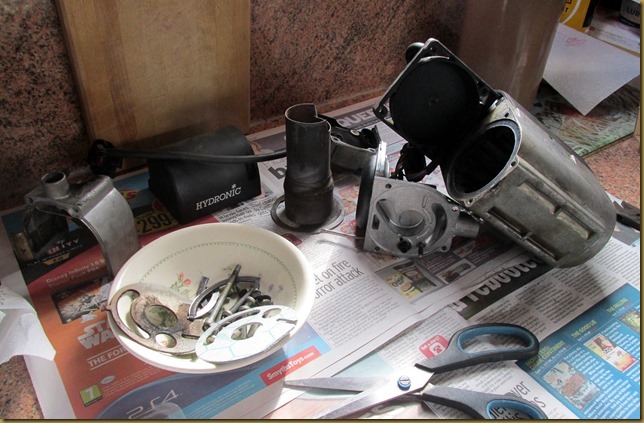 There’s not actually a lot to them. I was right, the motor bearings on the fan were shot, allowing the fan to rub on the housing. A replacement was sought, unfortunately the whole assembly comes in one piece (the alloy unit right of middle in the pic), so it wasn’t cheap. But the supplier, Butler Technik, were able to overnight the new part and a set of gaskets for the rebuild. By lunchtime it was back together ready for re-installation. 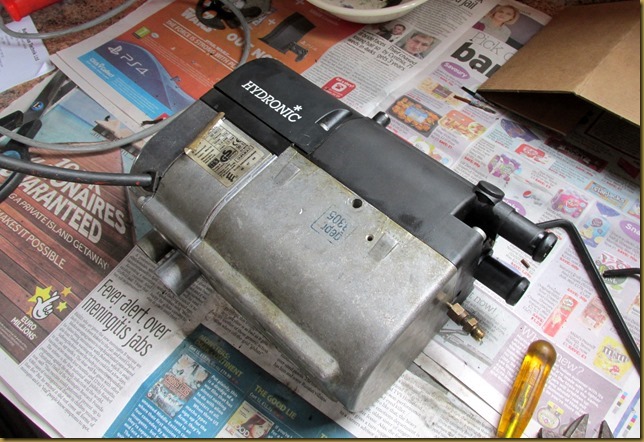 Old unit with tapped holes below. 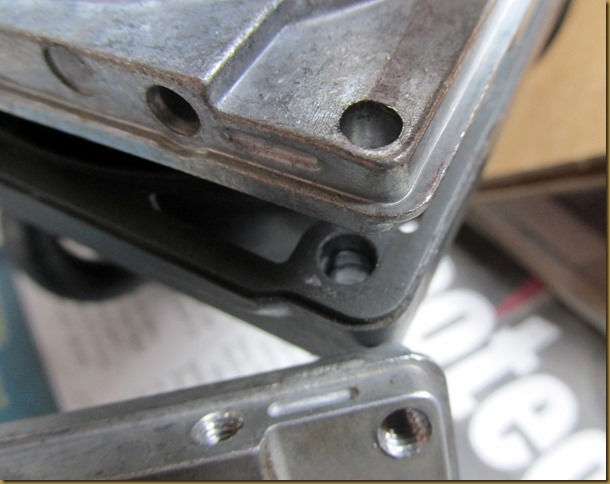 Plain drilled holes on the new unit. Luckily I’ve a set of taps in my toolbox…

Anyway, it’s back in now, and an awful lot quieter than it was!

I had my last training run this morning, I’ll be trying to put my feet up now till the Great North Run on Sunday. Looks like it might be a wet run.

Mags has got an appointment with the practice nurse over in Bentham tomorrow, Meg had her check up at a local vet yesterday. So we’re just about done here. Unless I find something else to do…

There seems to be no end to your skill set :)
Very nice finish to that paintwork Sir!

Hope you have a great North run on Sunday
and that Mags gets a smile from the nurse,
did Meg get a 'good girl' Bonio today too?

Geoff good luck on Sunday. It sounds like you are injury free this time. Have a good run. I was looking for your charity page for the race but it isn't there. I like the MacMillan Charity and only give when you run apart from the odd bucket that is shoved in my face!

We would like to support your fundraising.. Where do we do that?