Away we go again, heading west.

Mags had an appointment with her doctor for her annual check-up yesterday afternoon, a follow-up from the nurse’s visit a fortnight ago. Everything’s fine, so she’s good to go for the next 12 months. We hired a car from the conveniently-placed Enterprise branch, just down the road from Selby canal basin, leaving at around 10 and getting over to Ingleton for a brew with son Howard at around noon. Then George and Margaret joined the three of us for lunch at the Craven Heifer Inn. The appointment was at 14:40 but the doc was running late so it was half-three by the time we were done.

Not wanting to get hooked up in Friday evening traffic we toddled back over to Ingleton from the Bentham health centre to have a cup of tea with grand-daughter Melanie and two of her girls (they’re young women now, really), leaving at just after 6 o’clock. Another 2 hour drive saw us back at the Selby, in time for Mags to watch the soaps on +1.

Cracking quote from Corrie's David Platt after Kylie whacked obnoxious Callum with a stilson wrench. They’re going to dump him in the canal – “How many bricks does it take to weigh down a drug dealer? Shall I Google it?” Magic.

Having had a large lunch neither of us wanted more than a sandwich, but we had to try a slice of another birthday cake, baked for Mags by Nickie, another of Mags’ array of grand-children. 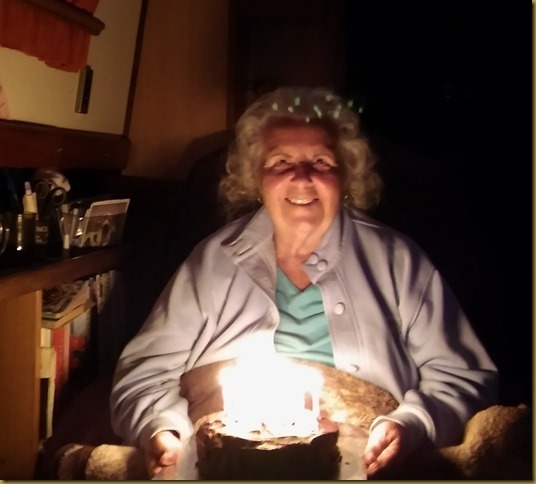 So this morning it was an early trip up to the shops while we still had wheels, then car back, untie and get under way. 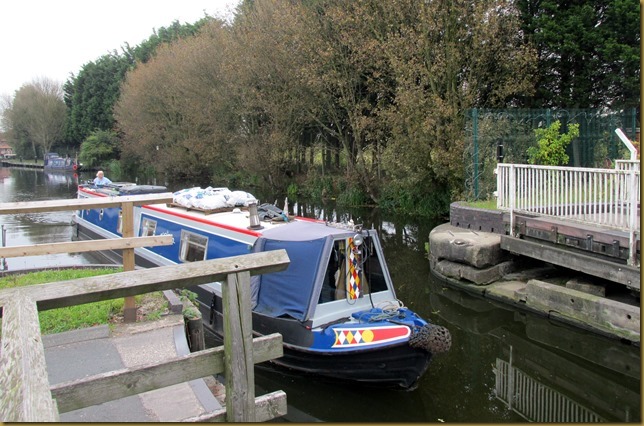 It’s quite a busy bridge, this. But being a Saturday morning we only held up half a dozen cars, sundry pedestrians and a handful of cyclists…

Between a pair of those flood-defence wells that allow water to pass under the canal. 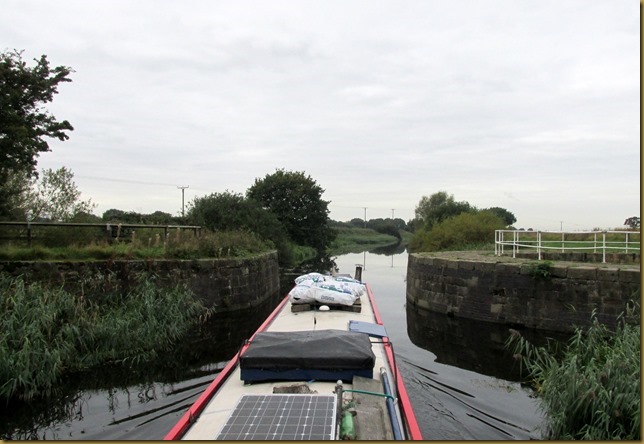 The untidy pile of white bags on the roof is a quarter ton of smokeless fuel. Being in a good spot for a delivery I’d rung around the local coal merchants and arranged a delivery of 10 bags of Excel for the very reasonable price of £85. What he didn’t tell me was that the bags wouldn’t be sealed… So they’re stacked a little haphazardly to prevent the contents from spilling and rolling around on the roof. I’ve yet to sort them out.

Good moorings next to Burn Bridge. 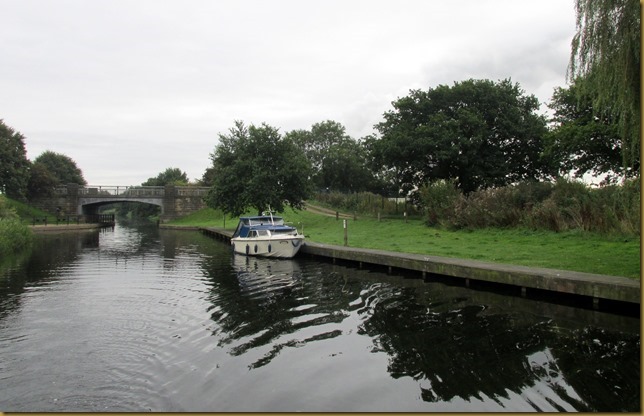 A bit noisy though from the busy road passing over the bridge, and less attractive now that the pub is boarded up!

The original bridges are a mellow sandstone, with the towpath running through on a narrow ledge with a handrail. 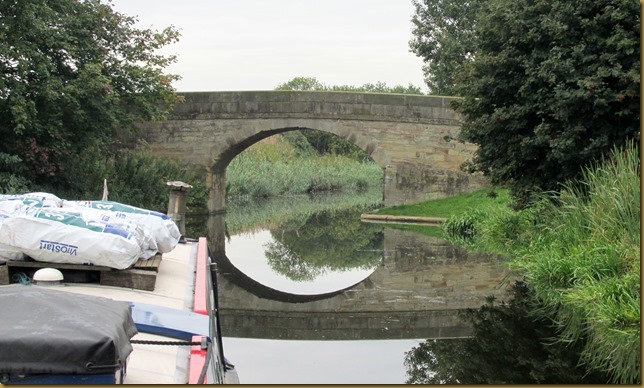 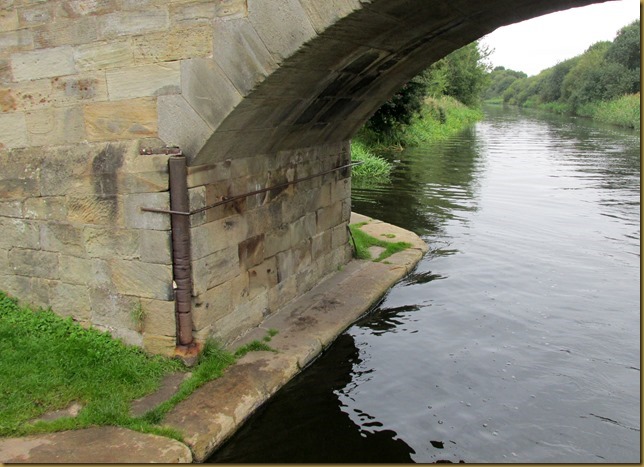 This one’s still got it’s rope roller to protect the stonework from boat ropes, but how they got the horses along that narrow step is beyond me!
There is an alternative route over the end of the bridge so maybe they took the horse over that and hooked him up again on the other side. They’d have to, wouldn’t they? 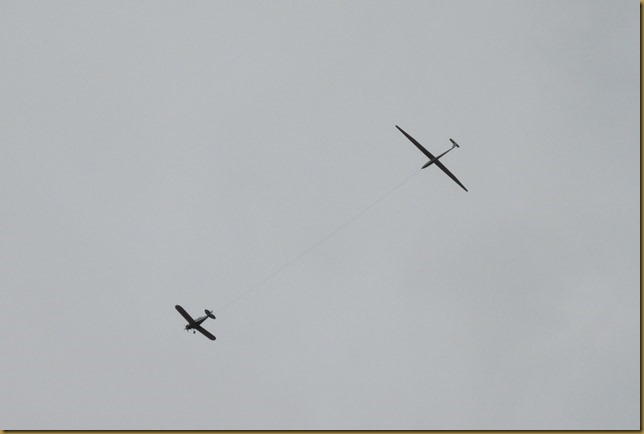 …nor a float plane heading off somewhere. 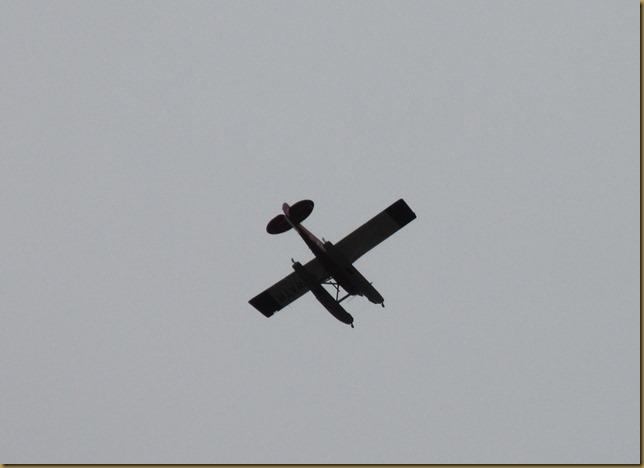 We pulled in on the moorings above the lock at West Haddesley, at the River Aire end of the canal. No point in rushing about at this stage. 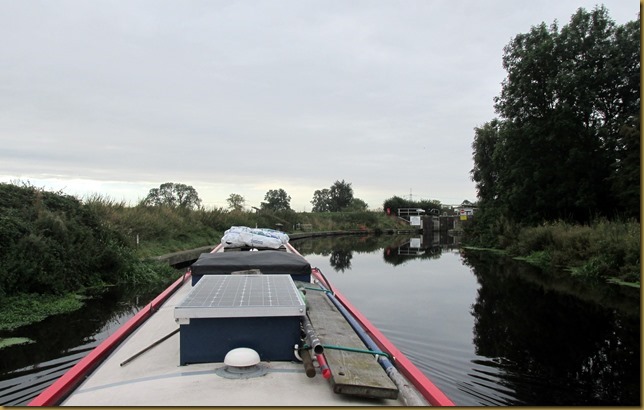 There are four routes open to us to rejoin the main network in the Midlands. We could retrace our route up the Trent to Nottingham and the Trent and Mersey, or head west from Castleford to pick up the Rochdale or Huddersfield Canals. But we’ve decided to have a gentle cruise over the top via the Leeds and Liverpool Canal. It’s six years since we last went that way. Should be fun.

Our love to Margaret, she looks fantastic - are they fairy lights in her hair? xx