A wet weekend, and a lost and found ball…

The weekend wasn’t much to write home about. Mainly wet, often windy with an odd sunny spell thrown in for good measure. In the dry bits I fitted a padlock to Corbiere’s fuel cap, and installed the new instrument panel I’d put together. We had a bit of a panic when I first switched on though. A cloud of smoke came from behind the panel! Moving the instruments a bit had brought the lamp housing of the oil pressure gauge into contact with the live feed from the starter switch. A quick modification and all is well again. 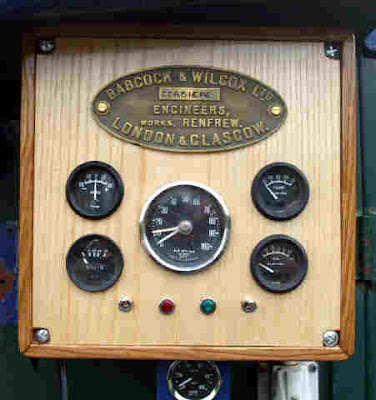 Meanwhile Carol was putting paint on the gunwales, prior to applying the non-slip finish. She’s going to mix sand into top coat paint instead of using Protecta-kote like on the roof.

A couple of weeks ago, when we were moored above New Marton locks, Meg lost an old yellow football into the canal. We didn’t miss it for a while, and when we did it was no where to be seen. Yesterday, on our early walk, I spotted the same ball heading downstream towards our mooring. It still had a mile or so to go, so, a couple of hours later, I was hanging off the side of the boat with the retrieval net. It’s done well, coming over 11 miles and through 2 locks in 12 days. Almost as fast as us, in fact…. 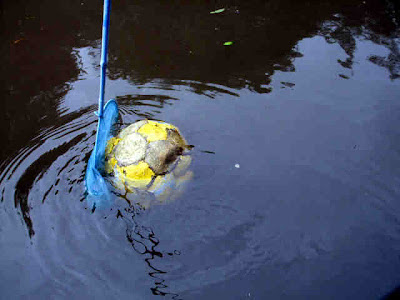 Even though it’s now got a hole in it, the dogs seem pleased to get it back Today we got off at 10:00, in a dry sunny spell which quickly changed into a very wet cloudy spell. We caught up with Carol at the water tap next to Bettisfield Bridge (not marked on Nicholson’s guide), and waited to move on after filling while a convoy of half a dozen boats came past heading to Llangollen.
This was pretty much the order of the day; sunny spells and showers, and quite a number of boats coming in the other direction. 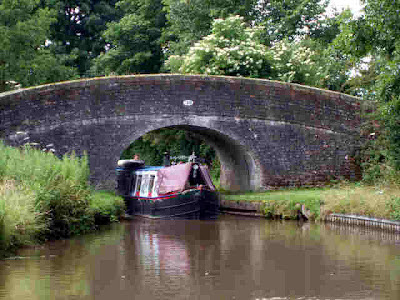 Two Broods of Goslings in one Family 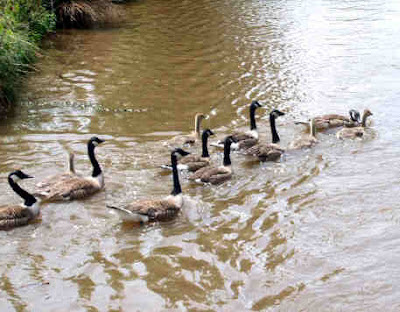 I think this is one of the prettiest stretches, with the rolling meadows visible through gaps in the trees either side of the channel, and the contrast of Whixall Moss spreading across the landscape as you head towards the Prees Branch.

The cottage on the junction with the branch is for sale. Well I thought it was a cottage. It’s actually known as Roving Bridge Farm. Asking price? £397,000! 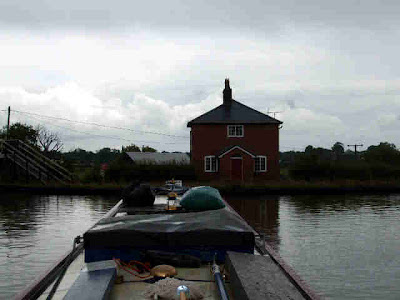 We ended up moored on the Whitchurch Arm. 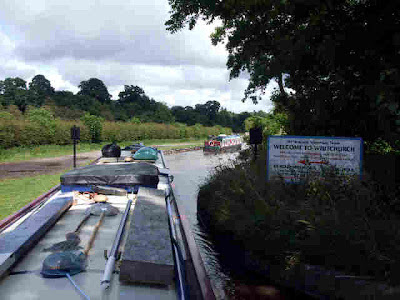 We’ve had a fine 3 or 4 hours, but the rain is coming down again now. I’ll probably have a 25 minute stroll into Whitchurch tomorrow to see what it’s like. We didn’t visit on our last trip.