Onto the Macclesfield Canal, Corbiere gets fender hooks and diesel goes down a bit…

After our day off yesterday we headed for the Macclesfield today. Six locks had to be climbed before arriving at Hardings Wood Junction, and these were passed in a couple of hours. We stopped off at the BW facilities near Red Bull on route.

Coming up in Lock 45 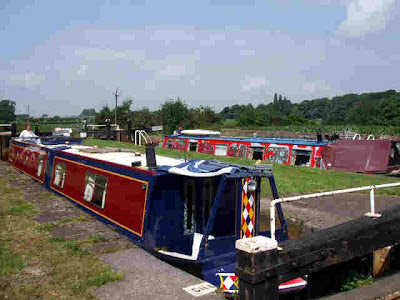 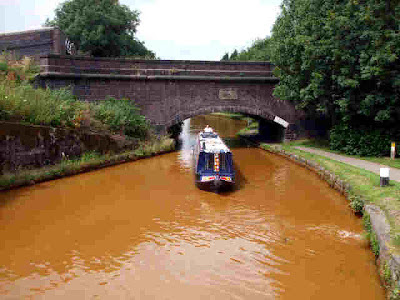 Carol and Corbiere turning onto the Macclesfield at Hardings Wood. 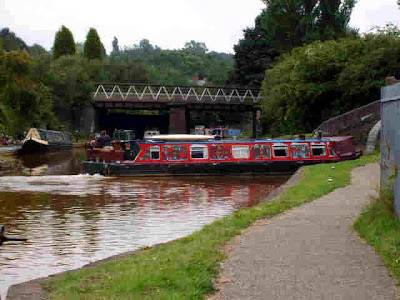 Carol stopped at Red Bull Basin to see if they could fit mounting brackets for a new front fender. The “man who can” was able to oblige there and then, so Corbiere’s bow now sports 3 mounting rings. 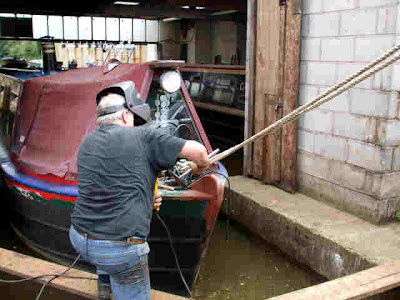 A 1½ mile cruise took us to Hall Green Stop Lock, which lifts the canal just 12”. This is the only lock on the canal till the 12 at Bosley, 9 miles away. 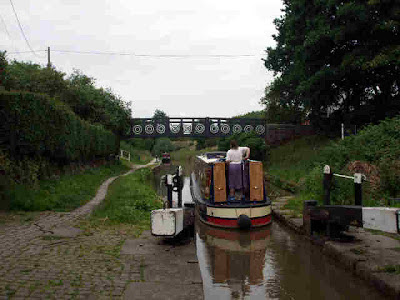 This takes the elevation to 310’, which is the contour that JF Pownell proposed to use for The Grand Contour Canal. This ambitious project, suggested in 1942, would have consisted of building a canal from Hampshire up to Tyneside, hugging this level so needing no locks, and linking the main industrial centres on route. It was conceived as 100’ wide and 17’ deep, able to accommodate coastal craft which would access the waterway from the river estuaries via boat lifts. There’s more information (and a lot of other stuff) here.

Carol stopped just opposite Heritage Marina while we filled with diesel. At 87p it’s not a bad price. I was told that it came down today from 95p. Are we seeing a light at the end of the tunnel?

Carol decided to stay where she was, we pushed on to moor just past bridge 86. A bit shallow, but pleasant views across to Mow Cop.