A sneaky start and a timely finish.

After yesterday’s abortive attempt to get back on to the Llangollen, we decided to make an early dash for the locks, so we were first in the queue. There were a few people about on the other 6 boats in the arm as we started engines, and there was a sudden scurry of activity as they realised we were going to beat them to the locks!

So we were moored up on the bottom lock landing at 08:30, numbers 1 and 2 in the queue, waiting for the 12:00 “window”. Carol and I spent a couple of hours putting primer on the areas we’d worked on yesterday, by which time there was some action further up the locks.

The lock keeper, Colin, had decided to start early, as he had 4 boats to see down, but 15 to see up. He’d decided to let the 4 down first, to get them out of the way. With me and a chap from one of the other waiting boats manning the 2 single locks, we had them all down by 11:45. Carol was up first, followed by us, and we were out onto the Llangollen again by 12:25. A lot earlier than anticipated! 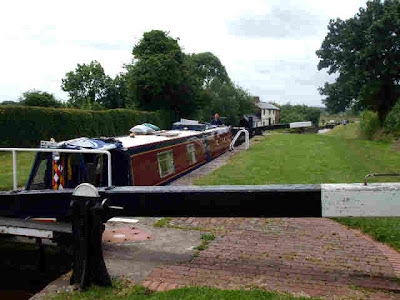 Back onto the Llangollen 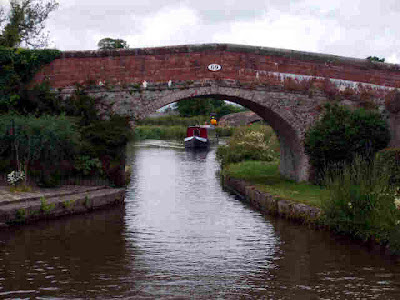 We had a steady cruise through the very bendy section between the junction and Ellesmere, where we turned onto the arm to moor, while carol went on to Blackwater Meadow marina for diesel before mooring on the main line. At 87ppl, I reckon we’ll fill up here before we leave.

We arrived at about 14:00, and found a slot on the popular moorings heading towards the town. 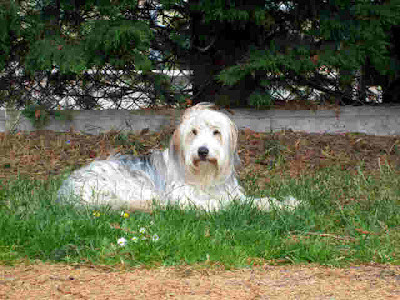 By 4 o’clock, there was very little space left on the arm. Ellesmere is a popular overnight stop, particularly for the hirers, as it’s about halfway from anywhere. Mid week is always very busy. 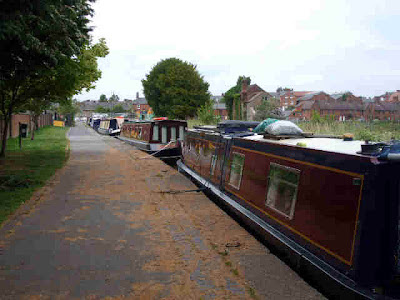 We were lucky to arrive when we did, the forecasted heavy showers came along soon after.

Sonja is coming tonight, as it’s Carol’s birthday tomorrow. We’ll stay for two nights here. It’s a pleasant town, with all the amenities you could want.