Happy Birthday Carol! (for yesterday) and a beautiful day today.

We stayed put at Ellesmere yesterday, as planned. I’m glad we did; we’d have got very wet if we’d been travelling! The showers that started on Thursday evening persisted right through till mid afternoon. There were some very bedraggled boaters arriving at Ellesmere!

From 7 am yesterday till about 11, there was a regular stream of boats going past us. Those that had come into the Arm and moored without turning at the bottom had to go down, turn around and come back again. By late morning, the mooring was almost deserted! 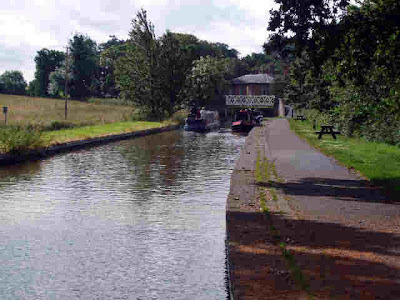 I managed to get Meg out for an early walk without getting rained on, we took a route over the old castle mound and back into the town from the mere side.

There’s some good walks around the area, and in fact the town is very pleasant. It caters well for visiting boaters and has pretty much everything thing you might need.

Modelling the latest in Mop Head Wig styling. So that’s what I’d look like with hair! 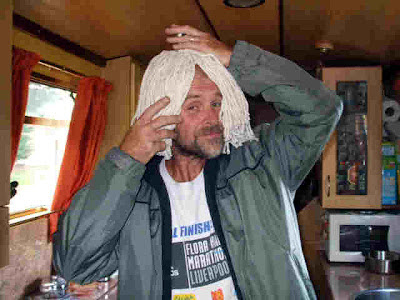 The old dairy site at the top of the arm has been levelled and is being redeveloped for “mixed use”. I asked a couple of the contractors what that entailed; apparently it’s to be houses and the ubiquitous Tesco, although the cut-down Express version. I can’t see the Co-op or Spar in the town being so happy. Or in fact the excellent baker, butcher, newsagents, greengrocer…….
I just hope that boaters will walk past the Tesco and still go up into town to shop.

Today was a beautiful day, just a light breeze, blue sky and warm sun. We had some last minute shopping to do, perishables and Mags had spotted some shoes that she fancied, so it was around 12 when we untied from the mooring rings and set off.

First stop was the services across the canal from the arm entrance, then we dropped into Blackwater Meadow Marina for diesel. At 87p, it’s the same price here as we paid at Venetian over 3 weeks ago.
Speaking to the lass in the shop, the rumour is now that, instead of boaters declaring how much fuel they use for domestic purposes and qualifying for the current rate of duty, with the remainder having the extra 47p added, the government intend to apply an arbitrary 80/20 split to all refueling to simplify matters. That is, of course, 80% for propulsion.
I’ve been keeping a record of use since March, and ours works out to just about 60/40.
This last fill cost £82.65, come November, if I can declare that 40% is for domestic use it would cost £33.06 plus £76.38 = £109.44. Under the rumoured scheme, there would be a further £8.93 to add, making the increase for a tank full somewhere around £55. Ouch!!

Anyway, the sun was shining, which lightened the mood a little, and we had a lovely chug along at barely above tick-over, through Ellesmere tunnel and winding around the wooded meres, until reaching the moorings near Hampton Bank. We intend stopping here for the weekend. 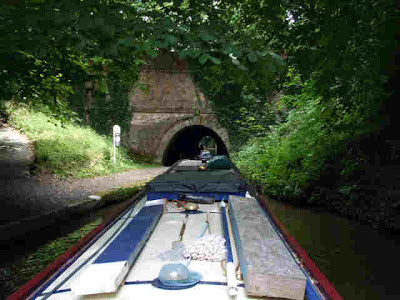 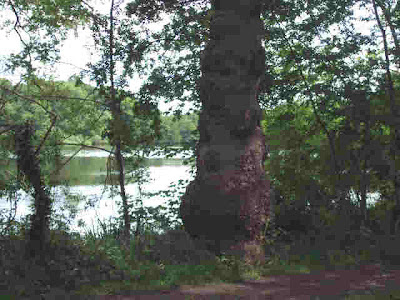 Carol got a bit of painting done while I had a doze on the bank in the afternoon sun. 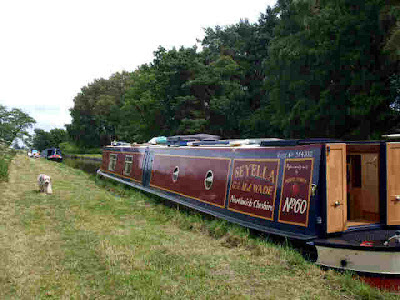