From the SU to the T&M, and Carol gets her centre rope back.

We moved down the last bit of the Middlewich Branch today. Unusually, Carol was ready before us so got on her way. We waited for a passing shower to clear before following.

It wasn’t the last though, and even the cows looked fed up! 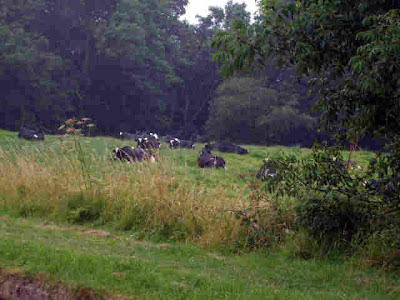 We had just 1 lock to descend before reaching Middlewich, where we pulled over so I could stretch my arms carrying a load of shopping back from Somerfields. 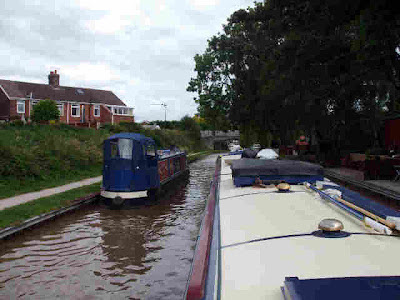 After the shopping trip we dropped down Wardle Lock, turned right and went up Kings Lock, now back on the Trent and Mersey.

Back on the Trent and Mersey. 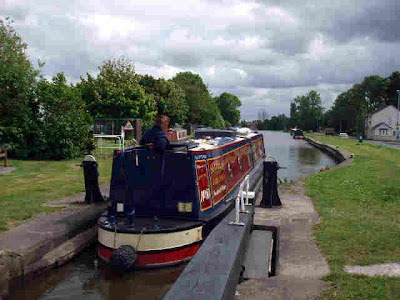 We had a chance meeting with Kevin at Kings Lock. He did a lot of the work on Seyella while at Orchard Marina, but he's moved on and is now at Kings Lock Chandlery.

We expected to have caught up with Corbiere in Middlewich, but she was no where to be seen. So we pressed on, finally meeting up near Rookery Bridge where we pulled over for the night.

Carol had really missed having a centre line while working through the locks, so we set to and fitted the ring bolt. Another benefit is that she was able to put back the roof lining followed by the doors to the bathroom and loo! 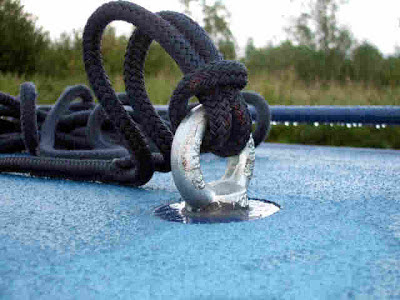