Yesterday we moved the short distance up to Parbold, getting moored just through Parbold Bridge. It’s a bit lighter here than under the trees to the west of the bridge.

Fine decorative brickwork on this row of cottages 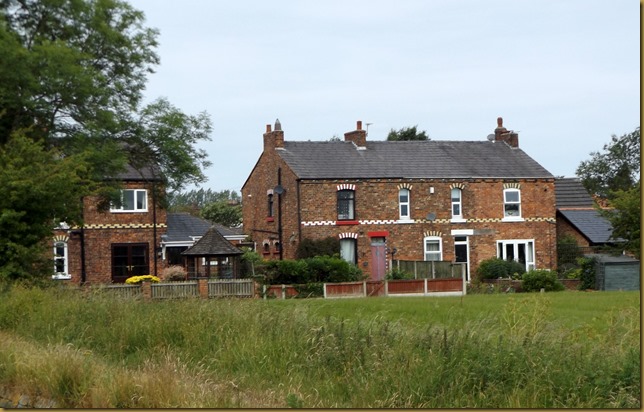 A hasty shot of a moorhen chick, with a parent to the right in the reeds. 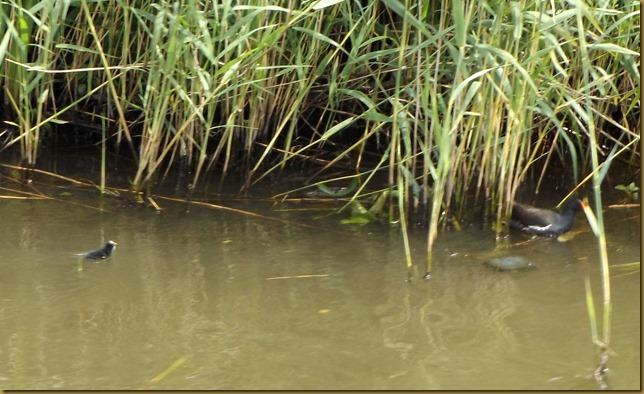 There doesn’t seem to be many about this year, or maybe it’s just the area we’re in.

The banks along here are stone-built, leaning back at an angle for support. Every so often there’s a short section that leans back even further, leaving a shallow slope for clumsy boat-horses to climb back out on… 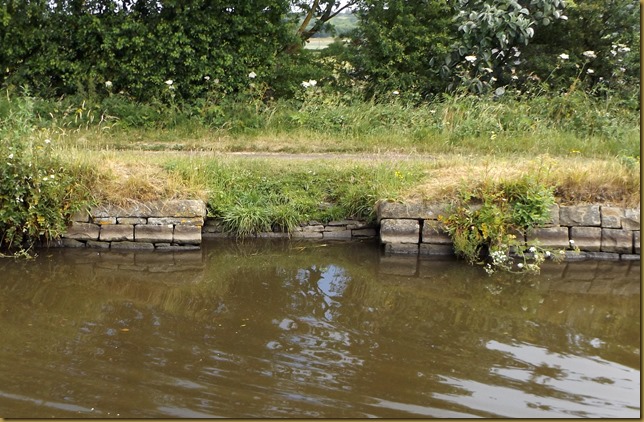 Moored at Parbold after an hour or so. 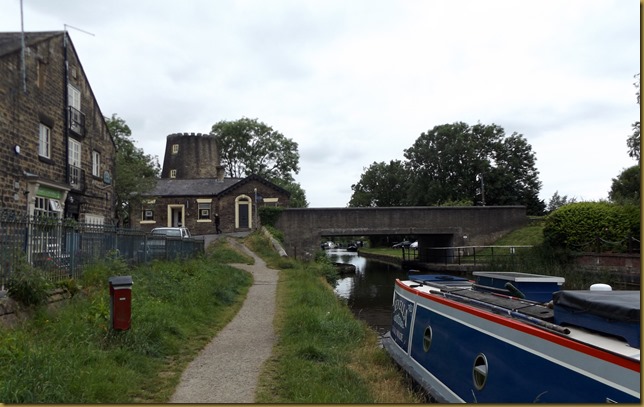 The “Whippets”, Rob and Jane, arrived later in the afternoon as we’d arranged, and we agreed to get off today despite the rather damp forecast. So at 10:30 we were on the move, after I‘d given the local beggars breakfast. 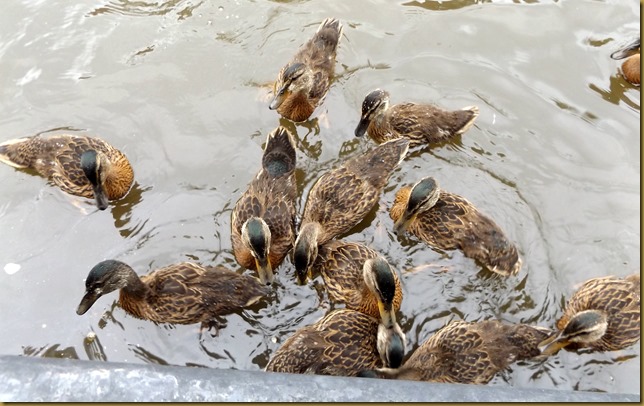 Nearly out of frame, this kestrel living up to it’s alternative name of “windhover” as it looks for prey in the field alongside. 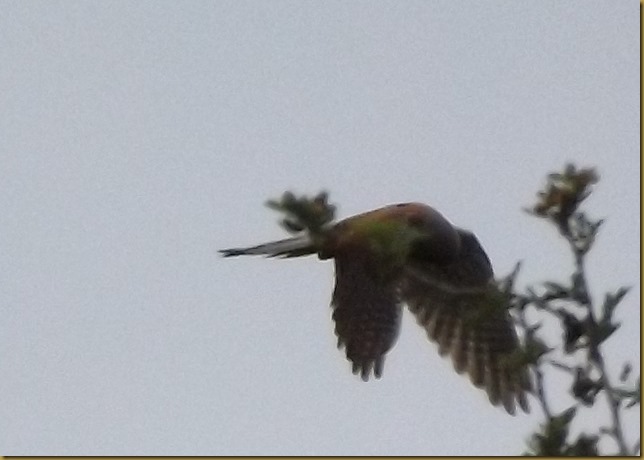 There was a good breeze for it to hover in, too.

There was a pair of kingfishers hunting along the canal and I tried to get a picture of at least one of them, but the best I managed was a blurry shot from about 25 yards away. Not worth reproducing here.

The first lock of the day was Appley, very deep as it replaced two shallower chambers, now derelict alongside.

The lower chamber of the derelict Appley Locks on the left, the newer, deeper one just around the corner. 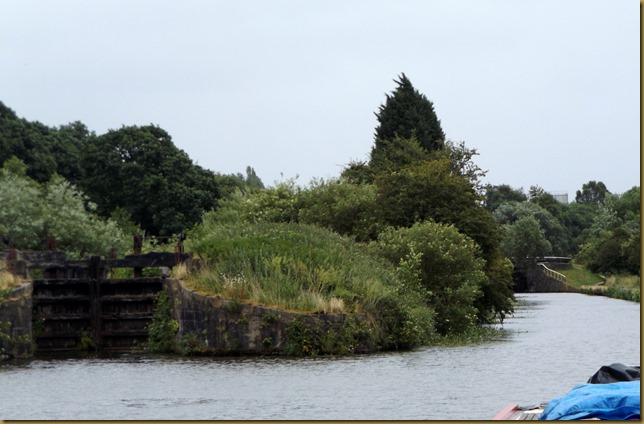 And it’s just started to rain… Not heavy but fine drizzle, blown on the breeze.

Told you it was deep… 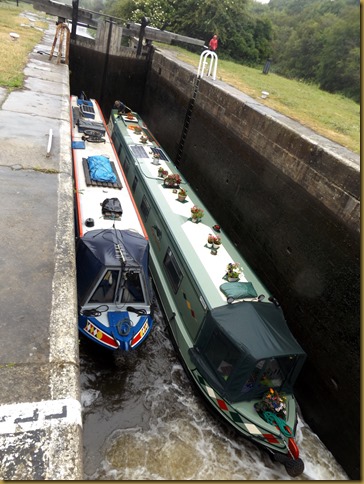 The other side of Appley Bridge village is a swing bridge, the only one of three that is still in use.

Rob and Jane led off from the lock, it was easier for them to do the bridge as Mags was sitting this one out. She’s not too good today, but she’s saving herself for the Wigan flight tomorrow. 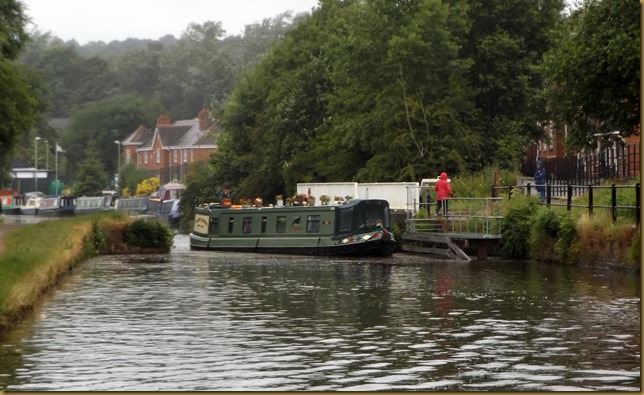 The other two bridges, Ranicars and Fisher’s, are both fixed in the open position, and aren’t likely to be closed any time soon. It’s a nice spot for mooring along here, too. 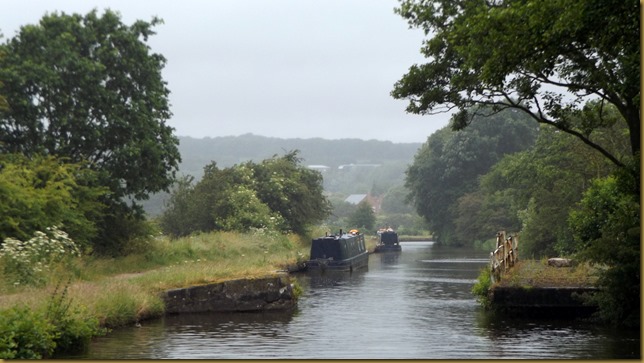 The locks come steadily along here as we follow the valley of the Douglas as it heads towards Wigan.
The next is Dean Locks, once again with a derelict chamber alongside the active one. It’d be easy to make a mistake and go for the overgrown one on the left, not knowing that the proper one is in front of the cottage. 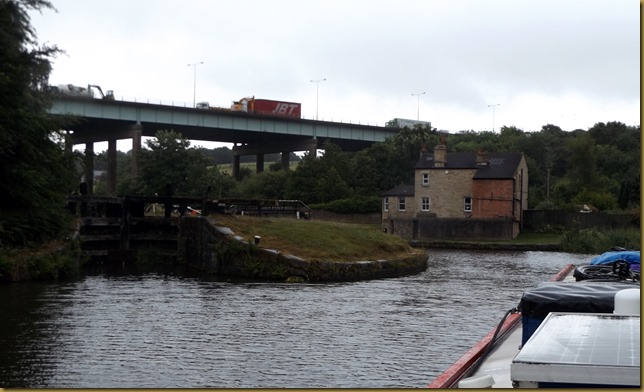 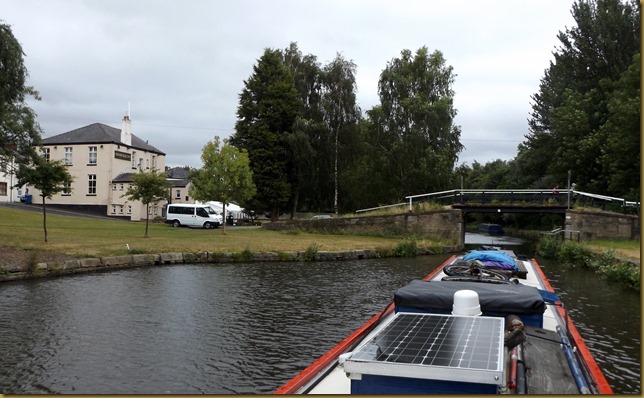 Just the other side of Crooke Bridge are moored a pair of restored Leeds and Liverpool short boats, Viktoria and Ambush. 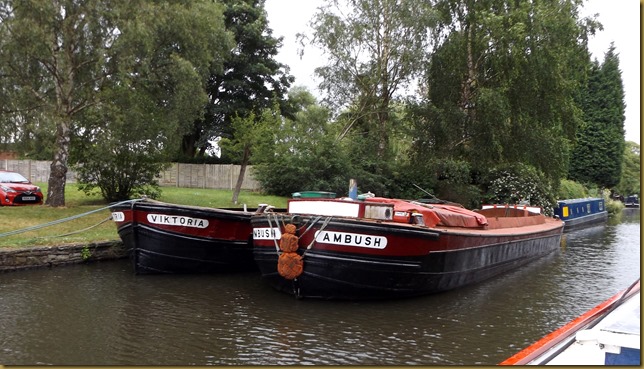 Both these boats, built in 1934 and 1935 respectively, were used to carry grain to Ainscough’s Mill in Burscough. 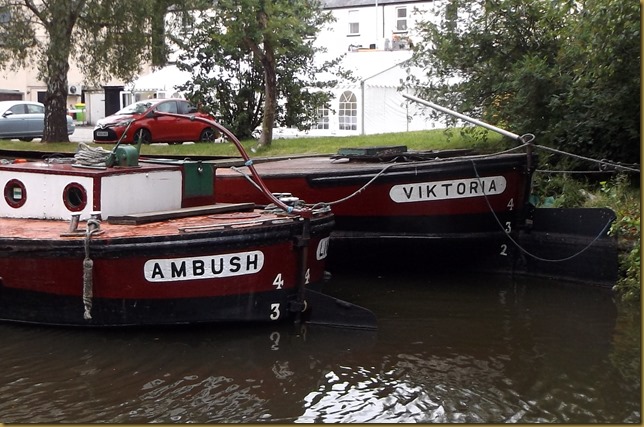 Viktoria is an unpowered butty, hence the large rudder blade. 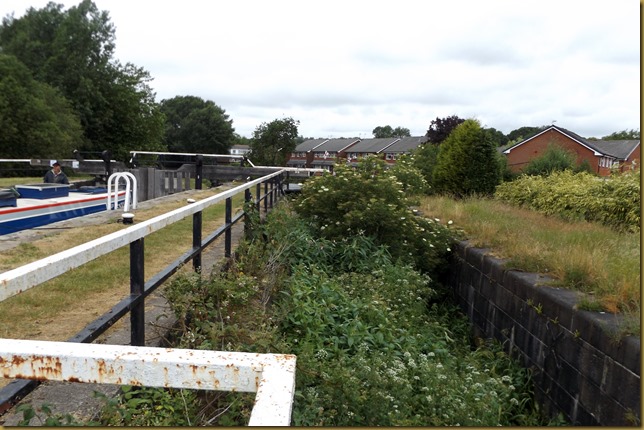 I don’t know why these locks were duplicated. I thought at first that they’d been replaced because they were the same length as those east of Wigan, 60 feet. These west of Wigan will take a full length 72 foot pair of narrowboats. But pacing them off shows that they are of the longer length. So maybe they were built to speed up traffic on this busy section? 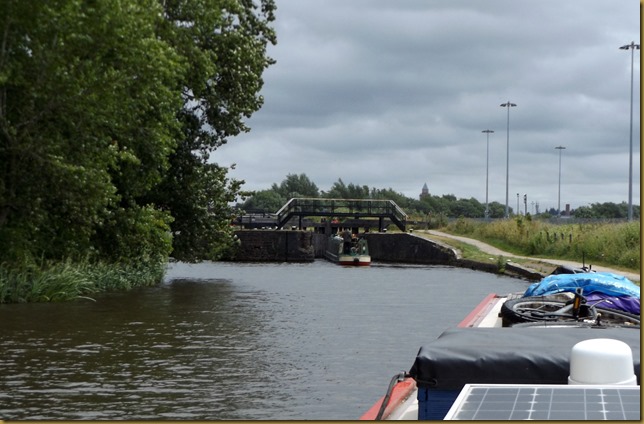 Into Wigan, with the infamous Wigan Pier on the right, Trencherfield Mill ahead and The Orwell just out of sight to the left. 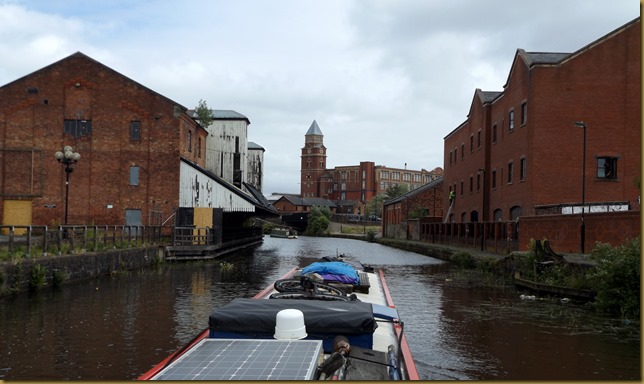 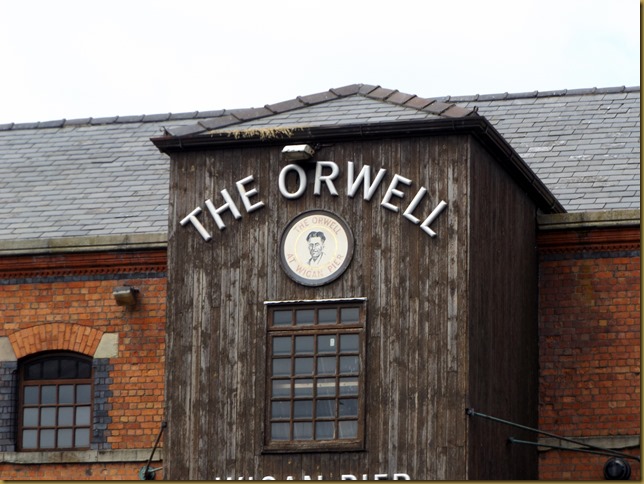 We pulled in after going up Wigan Bottom Lock, number 23 of the flight. So now we’ve only got 22 to do tomorrow… Early start.

Love to Margaret, I hope she's feeling much better soon. Give her a big hug from us Geoff.

I think all the young moorhens are here at Overwater. Just had a walk round the marina and counted 24. They are even outnumbering the greylag goslings.
Steve