A long day to avoid the rain.

Plan A was to move down to Billsborrow today, then on Saturday finish the trip to the top basin of the Ribble Link. But with rain forecast for most of the day, we decided to get the bulk of the journey out of the way today while it was fine.

We’d moved into Garstang yesterday morning, and, as I suspected, Storm Hector did his damnedest to complicate things… It was still blowing a hooley when we were ready to go, but at least the overnight rain had stopped. I untied the fore-end, but by the time I’d jogged to the back the bow was heading for the reeds on the opposite side. Freeing the stern I just managed to screw the boat around before being irretrievably grounded on the lee shore. Phew!

That was it for drama, the rest of the short trip was well sheltered by trees, bushes and houses. 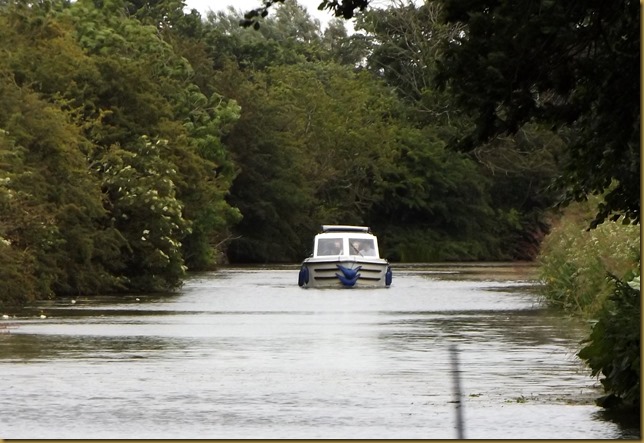 We dropped the rubbish and recycling off at the services just past Bridge 63, then went looking for a place to moor. The favoured section to the north of the Wyre Aqueduct was full, but we got in on the other side. 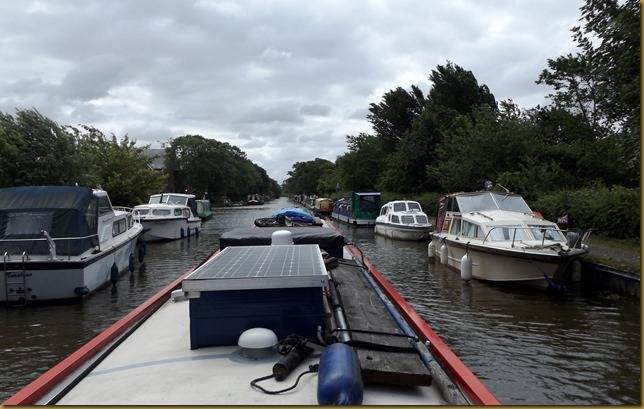 Rob and Jane, NB Whippet Express were here, waiting for the predicted drop in the wind later in the day. They’d booked to go into Liverpool after crossing back over to the main network, but the culvert failure near Maghull has put the mockers on that. So now we’ve agreed to meet up at Parbold and to share the locks heading up to, through, and beyond Wigan. A good result for us, not so much for them.

Two trips to Sainsbury’s have topped off the cupboards, fridge and freezer, and we were ready to move out at 10 this morning. Hector has departed eastward, but has left a legacy of cloudy skies and a cool breeze. 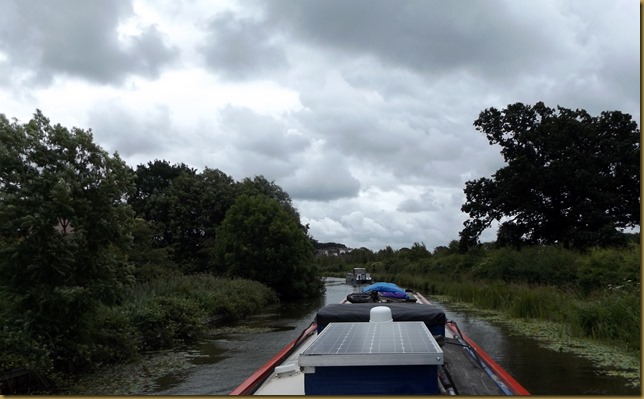 The remains of Greenhaulgh Castle against a grey sky. 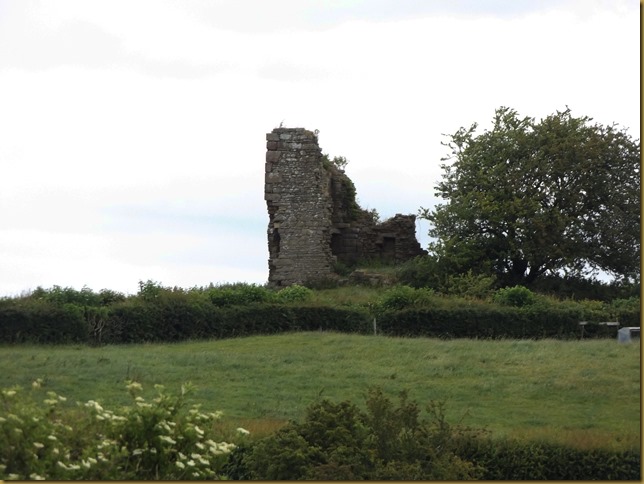 Although it was “slighted” (partially demolished to make it unusable) after being a Royalist stronghold in the Civil War, most of the stone has finished up in local farmhouses, barns and byres.

A little way to go, yet. 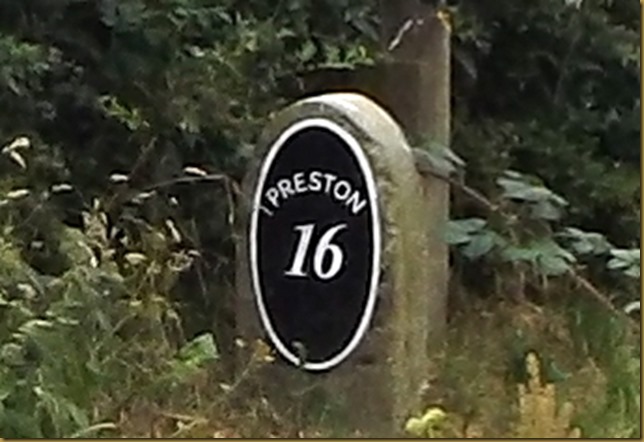 It’s actually only 15 miles to the terminus at Ashton Basin now, the last mile was lopped of in the 1960s and is now buried under redevelopment.

Across from the village of Catterall and sandwiched between the M6 and the railway is this unlikely looking igloo. 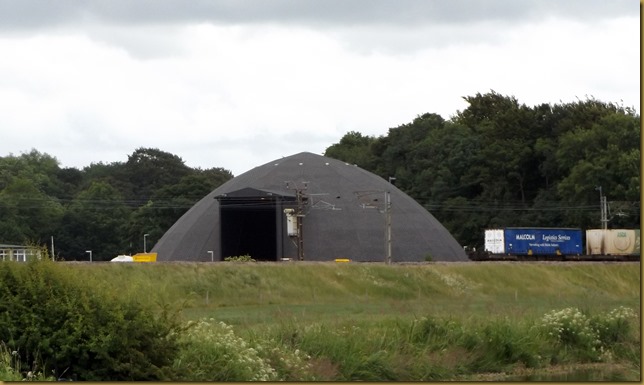 To give an idea of scale, that’s a goods train of shipping containers just exiting stage right… And there’s more not visible below the embankment. Google Maps street view informs me that’s it’s a highways maintenance depot, but the image, taken in 2009, shows a more conventionally shaped shed rather than the dome. 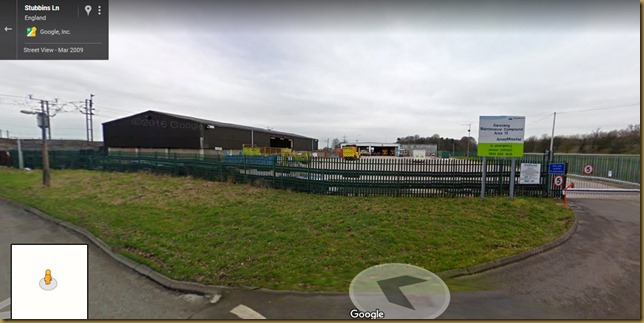 We arrived at Billsborrow, pulled onto the services to top off the water tank, then pushed on again, past Guy’s Thatched Hamlet. 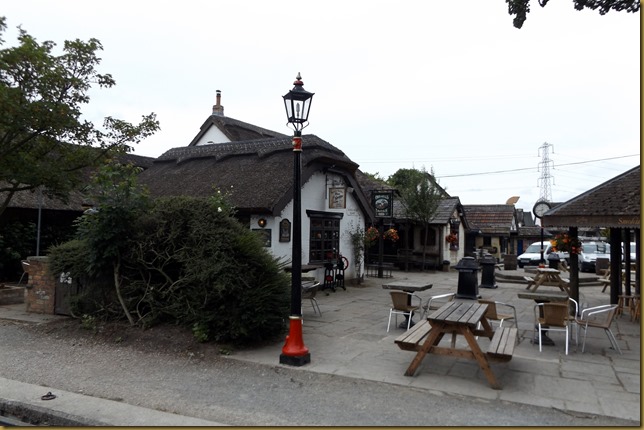 Just over an hour from Billsborrow we pulled in at Moon’s Bridge Marina for diesel. It’s been nearly 5 weeks since we last filled, with some long days and faster than normal cruising, so I wasn’t surprised when the pump clicked past 100 litres…then 120 litres… 140 litres, finally stopping on 147 litres. Ouch. But the very nice lady knocked a tenner off the bill being as we’d bought so much.
Be warned, if you’re up this way, there’s only two spots for topping up the tank. Here and at BWML at Galgate. The Galgate pump is a DIY one with a fixed price based on a 60/40 split, so it’s a bit dearer. Quite a bit, in fact.

I love the names around here. We’ve just passed over Woodplumpton Brook on Woodplumpton Aqueduct, after passing under Whinnyfield Bridge. Delightful. 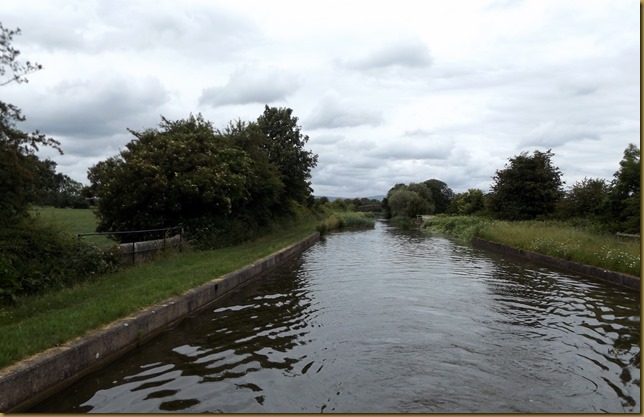 Under the busy M55 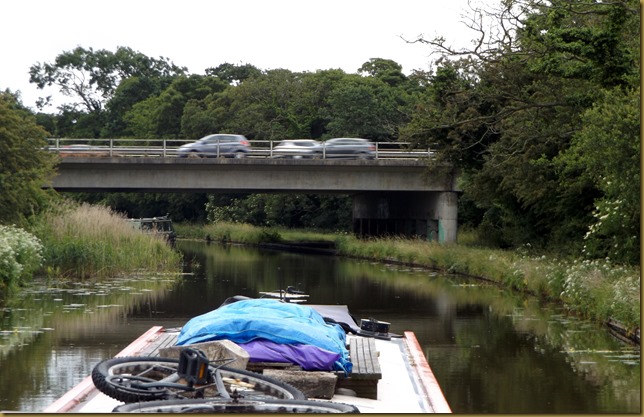 To the right is Blackpool, to the left is the M6

A tern hunting for fish over the canal. 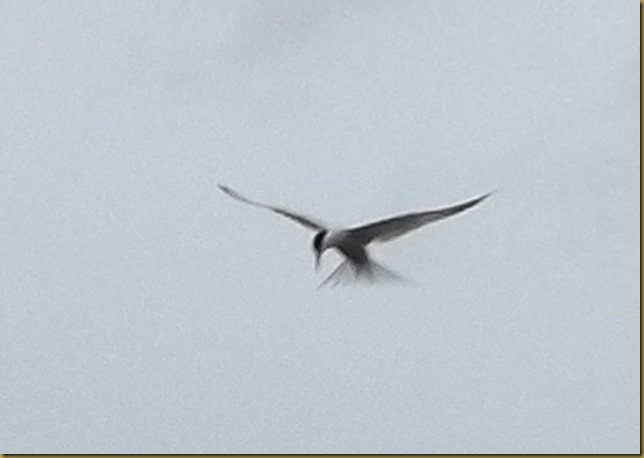 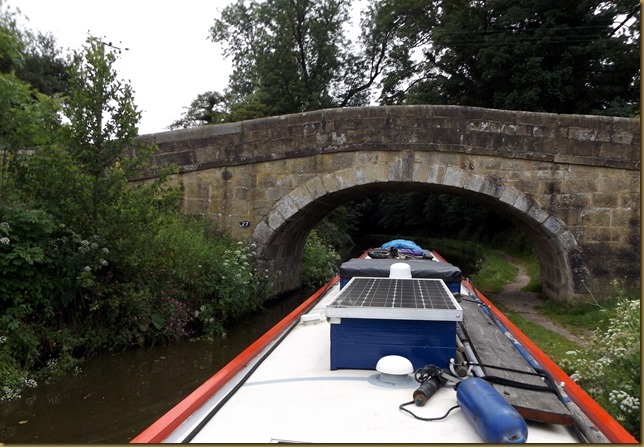 …it’s 6 miles from the original terminus 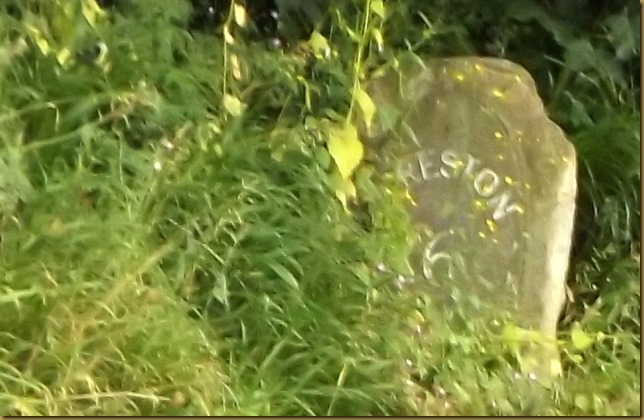 There’s limited mooring at the Hand and Dagger pub alongside Bridge 26, but this is taking the micky! 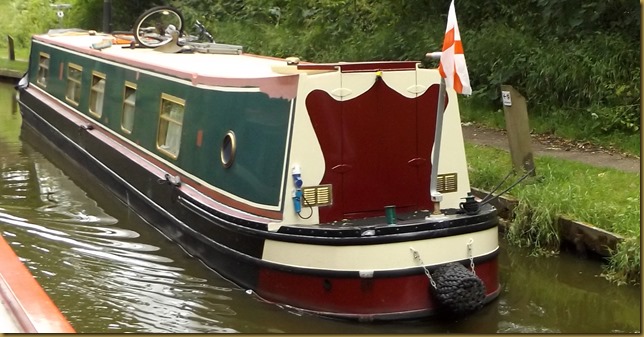 Salwick Wharf is managed by the Duchy of Lancaster, past of the monarch’s extensive estates. Although we currently have a queen, she still holds the title Duke of Lancaster. 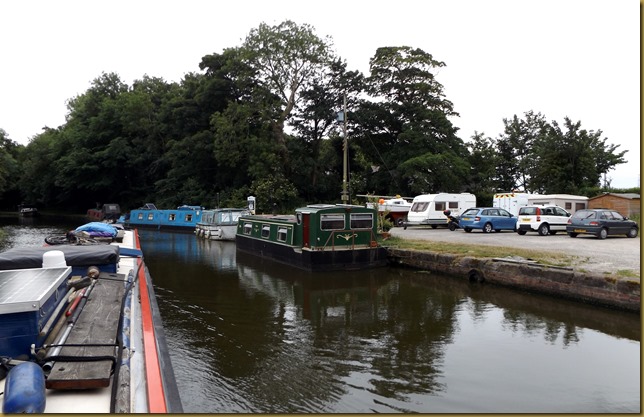 The sky had started to brighten and the wind to drop as we cruised the last half-mile to moor near Bridge 23. 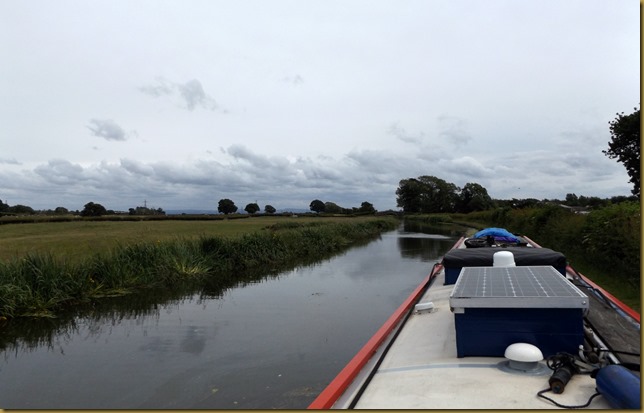 Not sure what we’re doing tomorrow. Depends on how bad the rain is. We may cruise into Preston and back to the basin, or leave it till later and just go to the basin without the diversion. Either way we intend to spend the night above the triple staircase at the top of the link.