From Wigan the Leeds and Liverpool Canal rises to around 500 feet above sea level in a series of jumps as it negotiates the hilly East Lancashire. Wigan Upper Locks saw the largest increase in altitude, climbing just over 200 feet. Yesterday we came up Johnson’s Hillock Locks, adding another 66 feet. We’re now at around 360 feet, with another two flights of locks to get us to the summit level.

Not much point in mentioning the weather; we’re all enjoying this very warm spell, I think.

A fine sunset on Friday 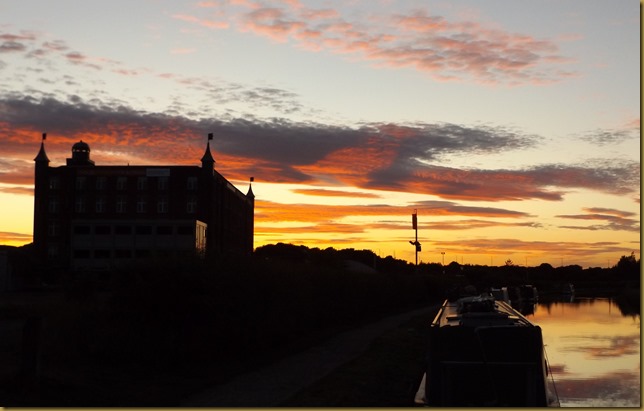 After a day off at Botany Bay, during which I managed to prep and repaint the left side gunnel, we set off at around half-ten with around twenty minutes to the bottom of the flight. We’re still traveling with Whippet Express, sharing the workload at the locks, but thought we’d be separated here as a single boat went past just before we set off. 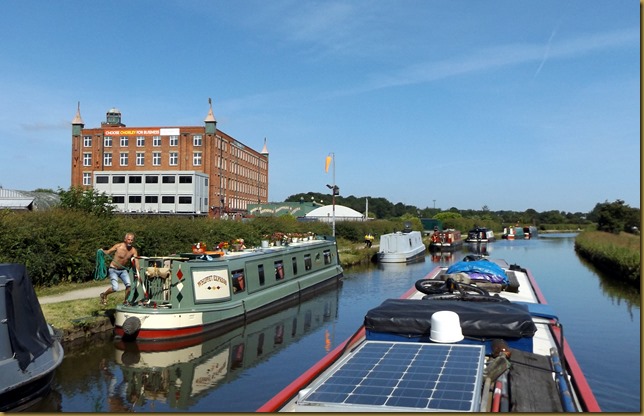 We needn’t have worried about the boat ahead, he turned around below the locks, using the entrance to the disused and derelict Walton Summit Branch, and moored up. 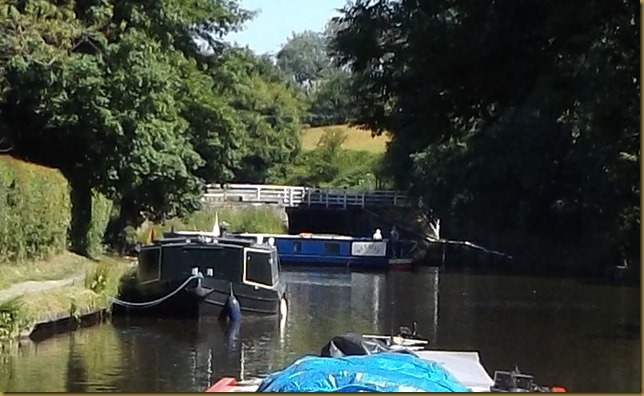 The Walton Summit Branch leaves the main line just below the locks and headed north and west to Walton Summit, passing under Whittle Hills through a tunnel. Most of it is now lost, buried under the M61, but it was part of the southern section of the Lancaster Canal. In fact all of this pound, from above Wigan Locks, was built under the auspices of the Lancaster Canal, it carried on south-east to Westhoughton, and was ultimately intended to link up with the Bridgewater Canal somewhere east of Leigh. This southern section was supposed to join with the northern bit near Preston Railway Station after crossing the Ribble, but the aqueduct was never built due to shortage of funds. Instead a “temporary” tramway on a trestle bridge carried goods across the river. During construction of the Leeds and Liverpool this 10 mile pound was adopted by the later canal under an agreement with the Lancaster Canal management. The Walton Summit Branch was officially closed in 1880, after a steady decline in revenue, and is now a quarter mile weed-choked stub, all that remains of the original 3½ miles.

We made steady progress up the seven locks, with occasional help from towpath walkers enjoying the fine weather. 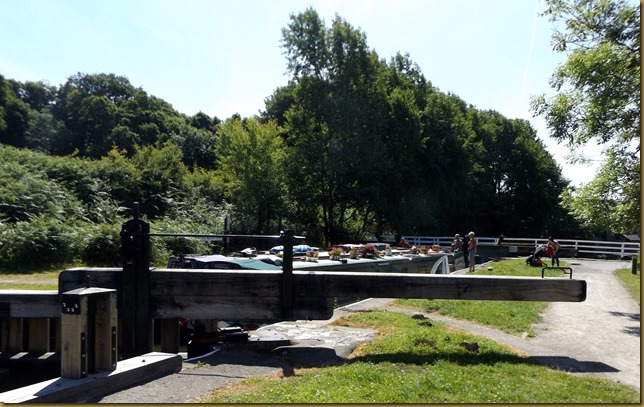 Mags was on the tiller for the first 3 or 4, but she was starting to tire so went in for a sit down. 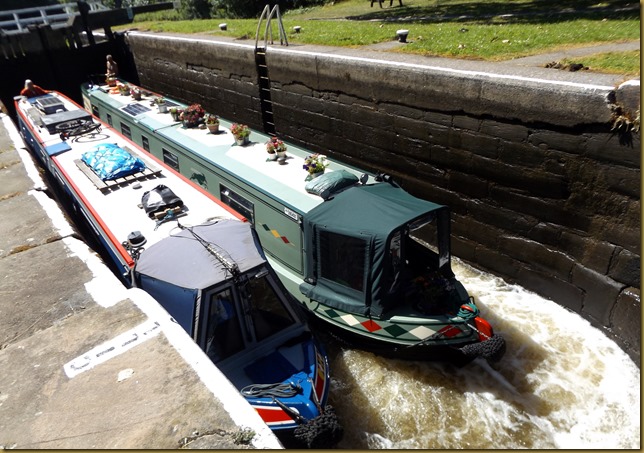 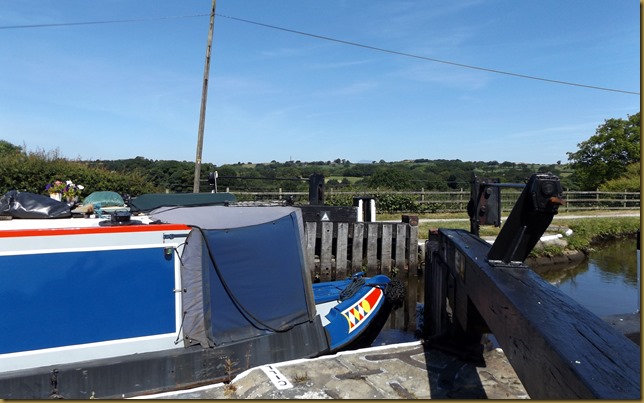 These guys have the right idea! 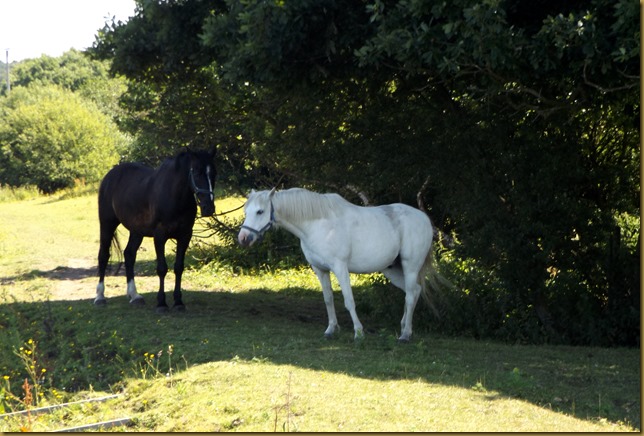 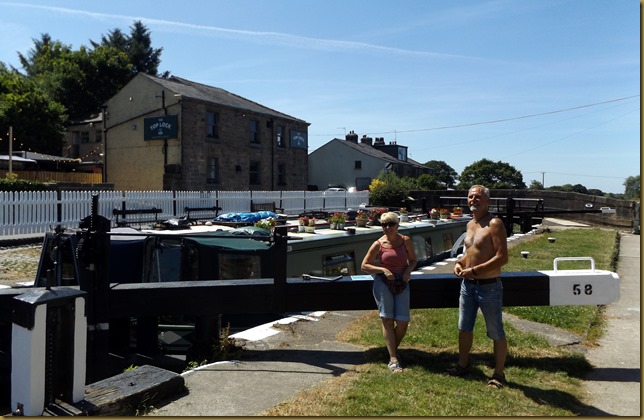 Rob and Jane decided to stop here, a libation at the pub was much too tempting. We resisted and carried on 3 miles to moor at Riley Green. I thought the last mile was going to be tedious when we caught up with a fat boat, but he kindly waved us past. 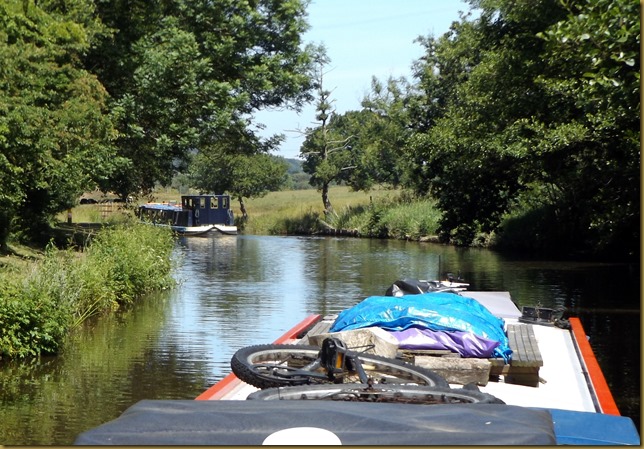 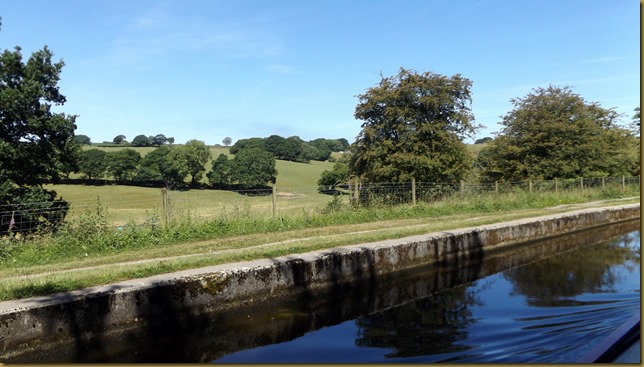 Moored in the sun at Riley Green 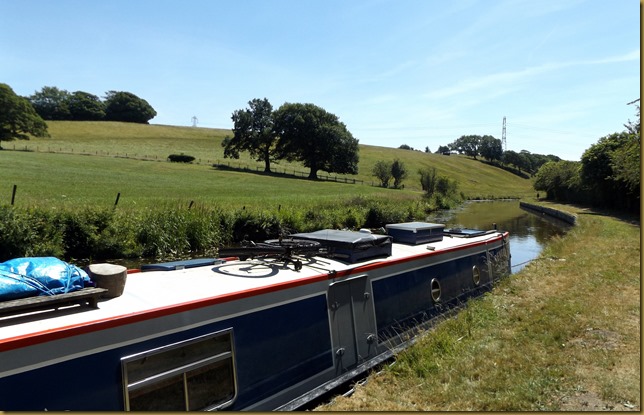 We stayed here today, I had some jobs to catch up on, and “The Whippets” arrived mid-afternoon, ready to join up again for Blackburn Locks tomorrow. But unfortunately so did the local farmer with his muck-spreader and proceeded to distribute some evil smelling manure on the field just the other side of the hedge. Even Mags, not known for an over-active sense of smell, was a bit put off. We decided to move out of range, just a short few hundred yards, to where the air was fresher. 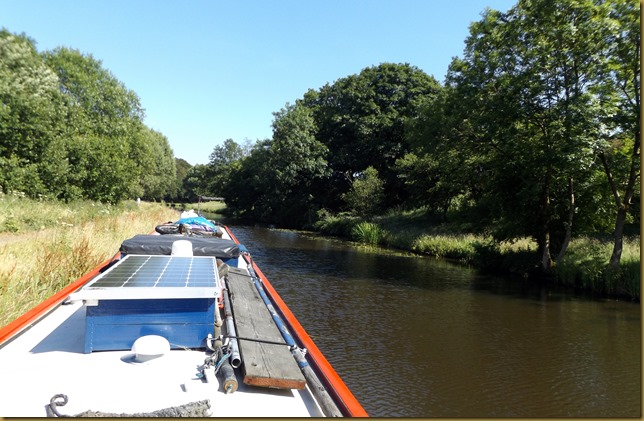