We did move on today, just around the corner to Rishton.
We had a couple of boats moving past early, probably intending to get a day’s cruise done before it got too hot. Not a bad move… 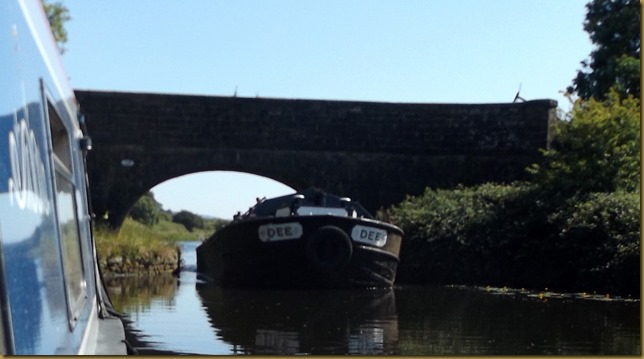 Then later the Leeds and Liverpool Fly Boat Dee came past. The canal was built for craft already working on the rivers, the locks being suited for craft 14 feet wide and 60 feet long. The Leeds and Liverpool Short Boats were specifically designed to make full use of the navigation. Dee was built in the 1940s, and these steel-hulled motor boats succeeded the earlier wooden horse-boats. 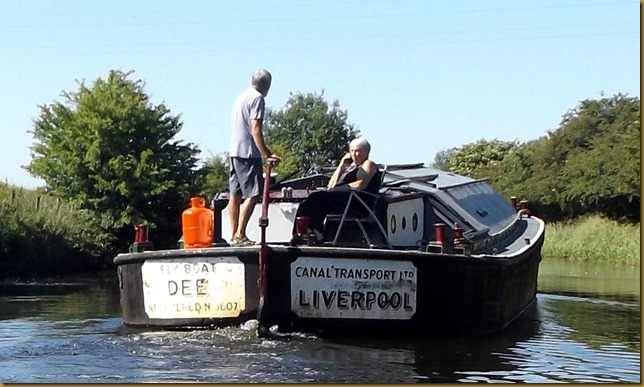 Dee has been restored and converted for leisure use.

We were away at around half-ten, cruising gently around the rising ground know as Cow Hill. 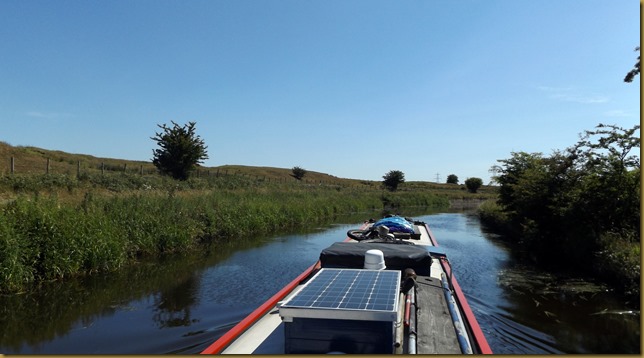 I think that’s Pendle Hill on the horizon, about 9 miles away. 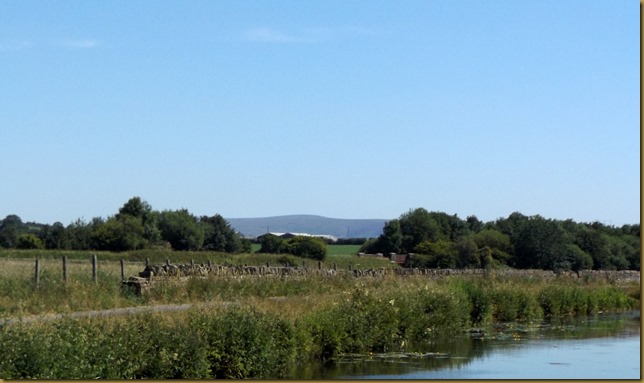 Every so often the canal bank is interrupted by these up and down ramps. 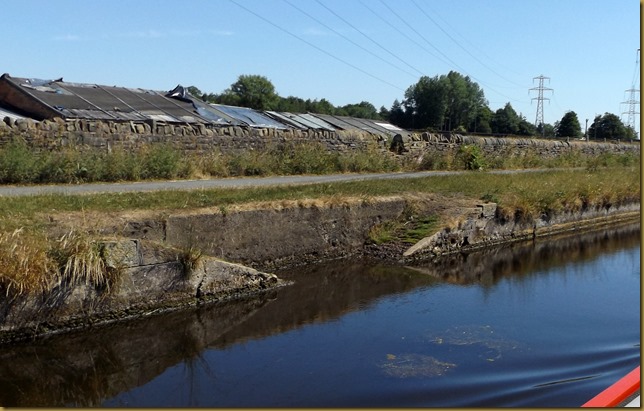 A legacy of horse-drawn days, they allowed the horses to take a drink with hardly a pause. Down one side, a quick slurp, then back up the other.

We pulled in at Rishton at just after 11:00, having to pin in on the bank as the pontoon moorings were occupied. Whippet Express is here to, Rob and Jane having decided to push on a bit further than us yesterday. We’ll probably stay put tomorrow; I’ve a delivery to collect from Argos in Burnley but it won’t be there till Saturday. So we’re killing time again…

Have you passed Giles Bridge No 73 yet? If not, don't forget there's a fabulous ice cream shop making ice cream on the premises in all the flavours under the sun. Just the job for this hot weather.