Through the Calder Valley mill towns

After a day off at Rishton we were up and away soon after nine o’clock. The canal makes a big loop south then back north into Church to get high enough up the Hyndburn Brook to cross it at the 400 foot contour. That way an expensive embankment was avoided, but it adds about 2½ miles to the route. 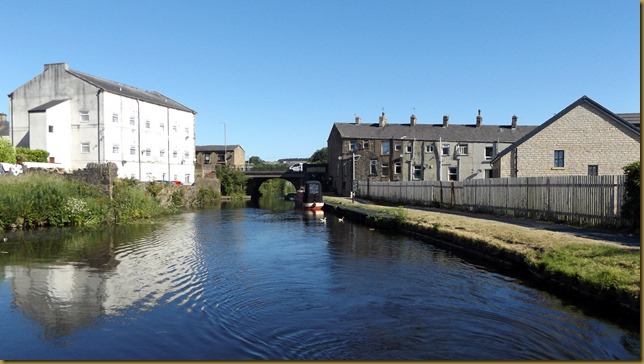 Engineers constructing both the railway and the later M65 had no such qualms, throwing up large earthworks across the valley. But they did have the advantage of a degree of mechanisation…

I wonder how many driver on the M65 realise that one of the many bridges over the carriageway is actually an aqueduct? 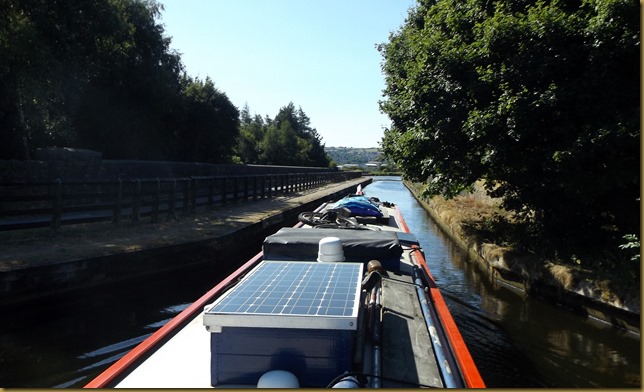 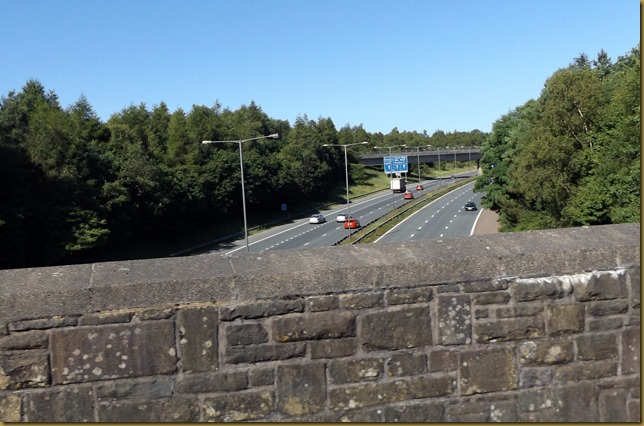 Derelict lime kilns on the edge of Church must have been busy, they had their own short loading arm off the main line. 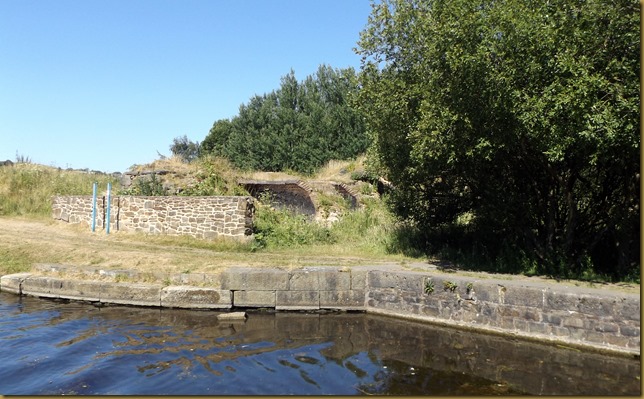 We pulled over just before the village and I walked up to the motor shop for some oil for an imminent engine service, then we carried on. Church has the distinction of being the halfway point between Liverpool and Leeds, and marks it with a mural and a bit of ironwork sculpture…

The mural could do with a bit of TLC… 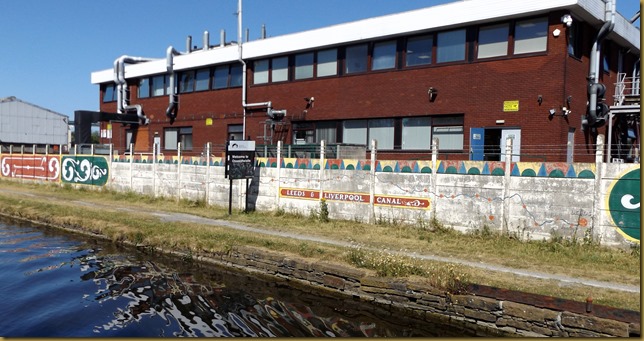 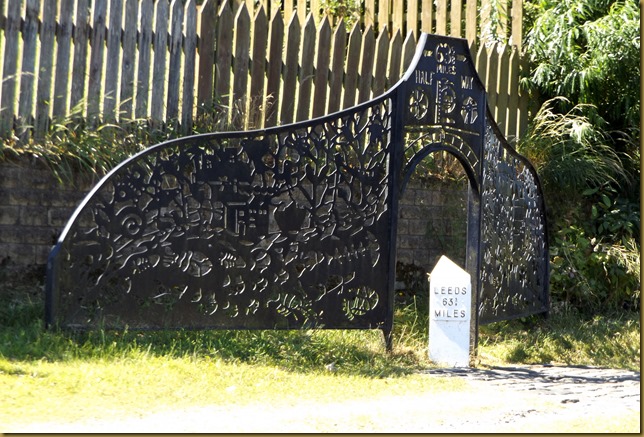 As the canal is officially 127¼ miles long, the halfway point is at 63⅝ – of course! 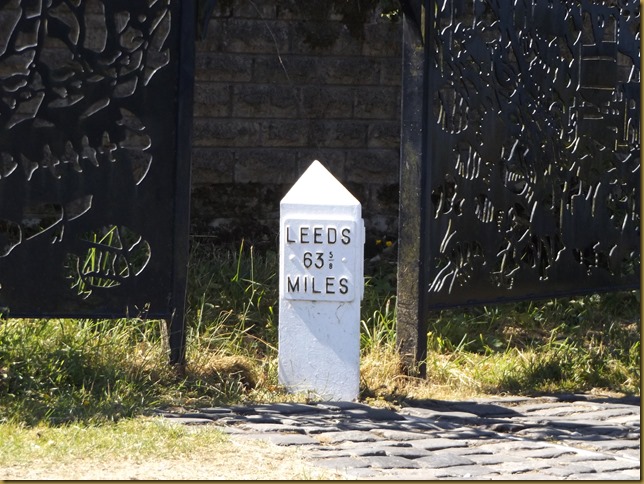 They were sticklers for accuracy in 1816! 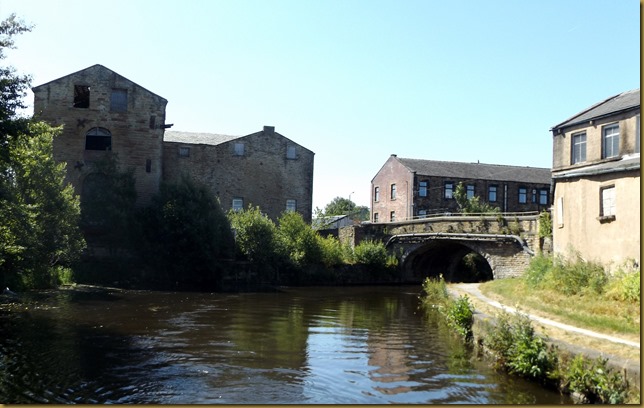 Church always seems to me to be a little sad and depressed. These settlements that were so dependent on the cotton mills suffered badly when the trade declined after WWI. Some managed to reinvent themselves, converting the mills into apartments or offices, some didn’t…
They don’t even encourage boating visitors; the official moorings will only fit one boat and the rest of the canal through the town is too shallow at the sides.

The first of the swing bridges is on the edge of Church, and we dropped lucky. A boat, Otter, had not long passed us while we were moored and had passed through the bridge before we arrived. But the lady crew member saw us and opened it up again for us. Then she trotted on to the next one, 10 minutes away. 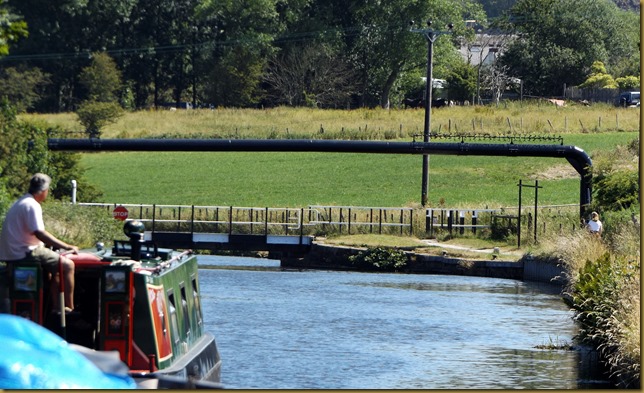 Unfortunately she couldn’t manage to swing it on her own, so I pulled in on the towpath side to give her a hand.  was feeling a bit guilty anyway… Between us we got the heavy bridge open and closed again after letting both boats through.

Before the next one, couple of miles further on, we passed under the M65 then skirted Clay-le-Moors.

Under the M65 this time! 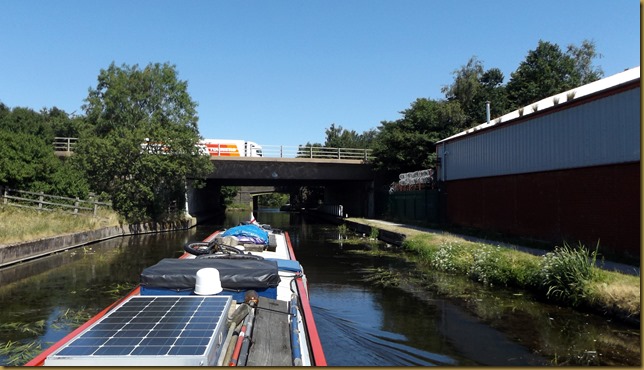 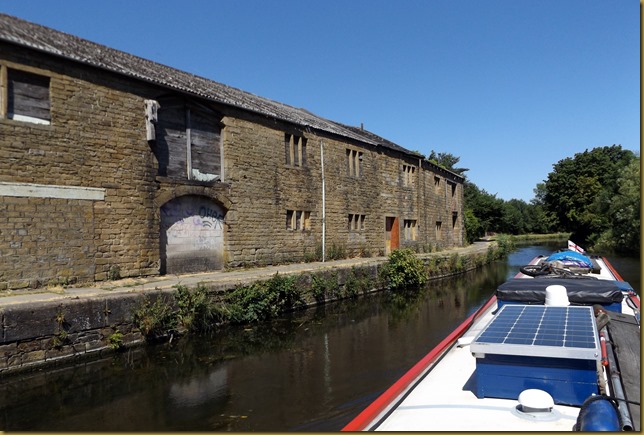 We deliberately overtook Otter so I could get Finch’s Swing Bridge. There are landings on the offside at these bridges too, making it easier for single-handed operation. 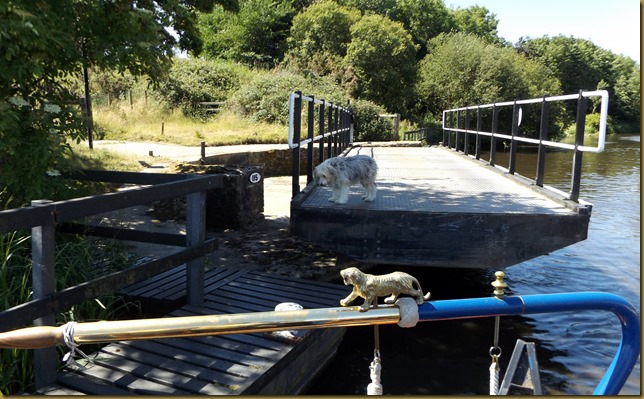 Beautiful views over the Calder Valley 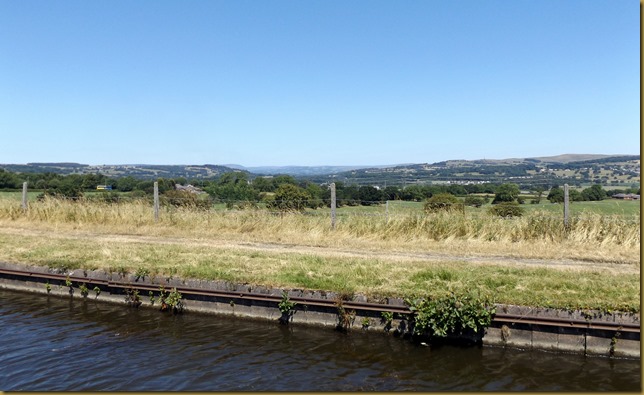 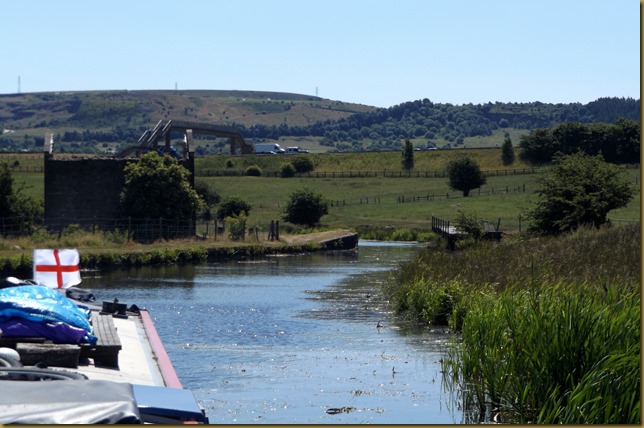 From here the canal performs several switchbacks as it negotiates the streams feeding into the Calder. The M65 is close alongside, and at one point the canal was diverted to make way for the new carriageway and Junction 8. 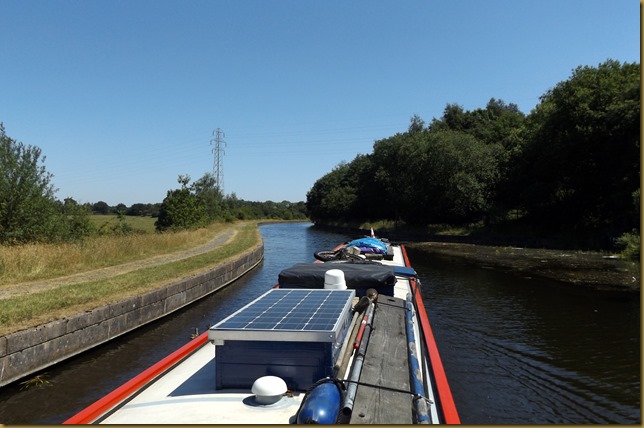 The original line lies under the motorway behind the trees on the right.

More long views out over the valley as we approach Hapton 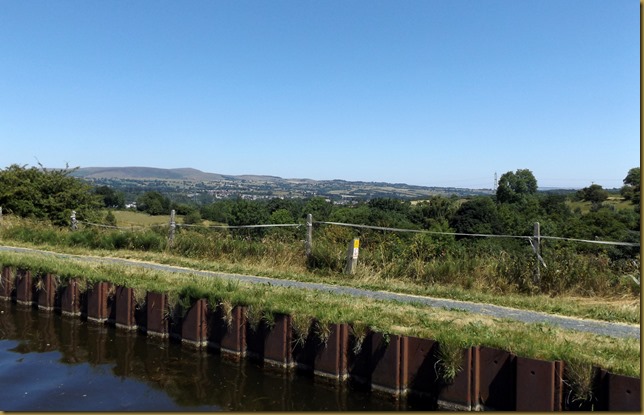 Coming in to moor at Hapton, that’s Whippet Express ahead. 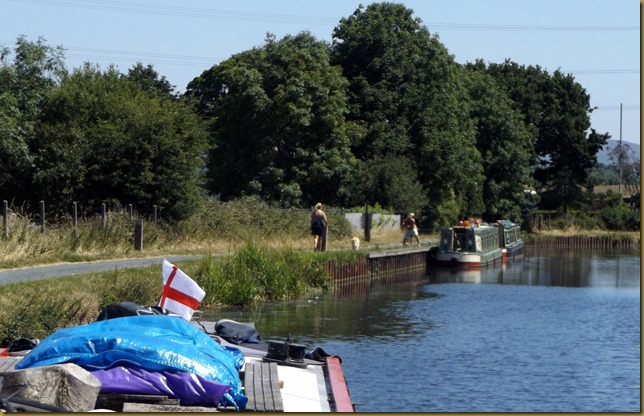 Rob and Jane must think we’re stalking them!