Another day, another flight of locks.

Today we tackled Blackburn Locks in what has since been identified as the hottest day of the year so far. We followed Whippet Express through the outskirts of the city to the bottom of the locks, taking about an hour and a quarter. 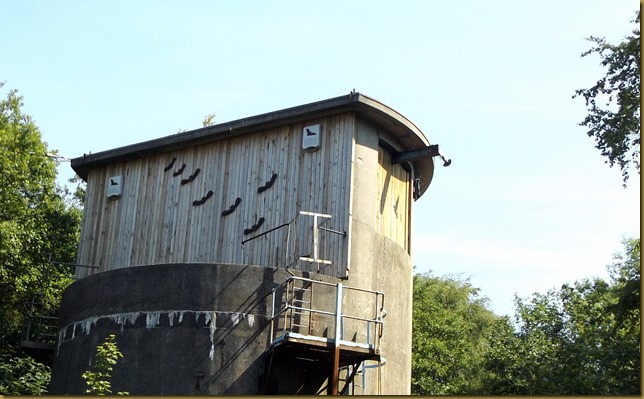 Crossing from the local authority of Chorley into that of Blackburn-with-Darwen. 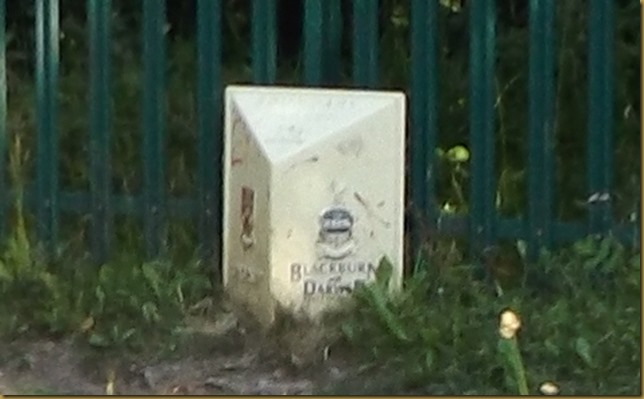 The River Darwen forms the boundary here, we crossed it on an wooded embankment preventing any view of the river.

The canal enters the city through the normal expected zones; first there’s modern housing developments on the fringes, then light industry mixed with older housing. Finally old wharfs that would have serviced long defunct industry can be seen alongside demolition sites that have yet to be redeveloped. 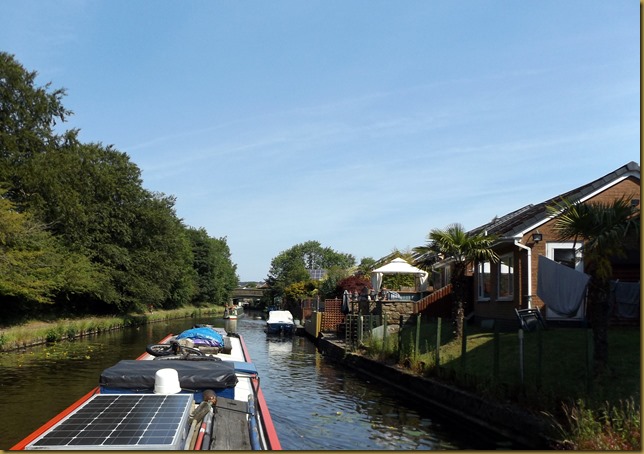 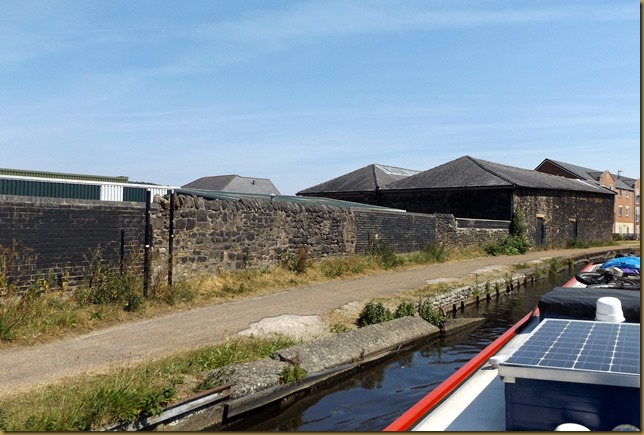 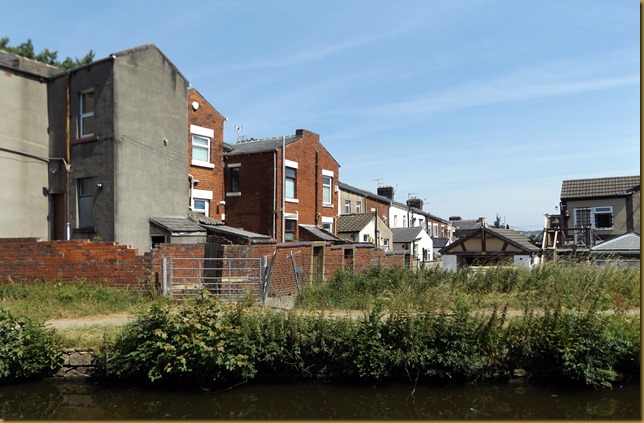 Another delivery to keep the locals lubricated. 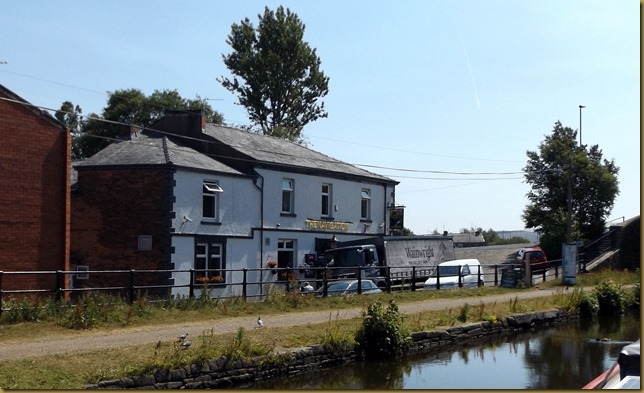 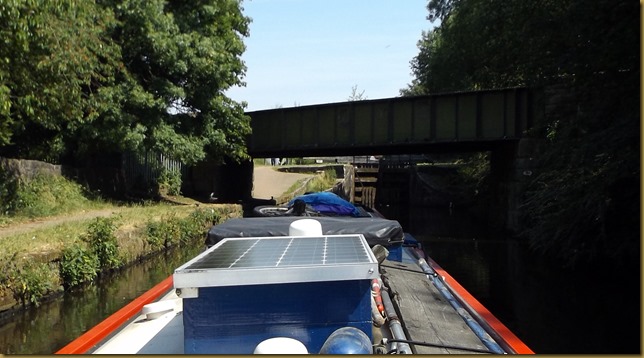 The locks were against us, expected as a boat passed us heading uphill at half-seven this morning…

Above the bottom lock there’s a 200-yard pound, then the locks close up. We pulled in for water and disposal between the second and third and had a boat pass us heading down so the remaining four were set for us.

Topping up the tanks 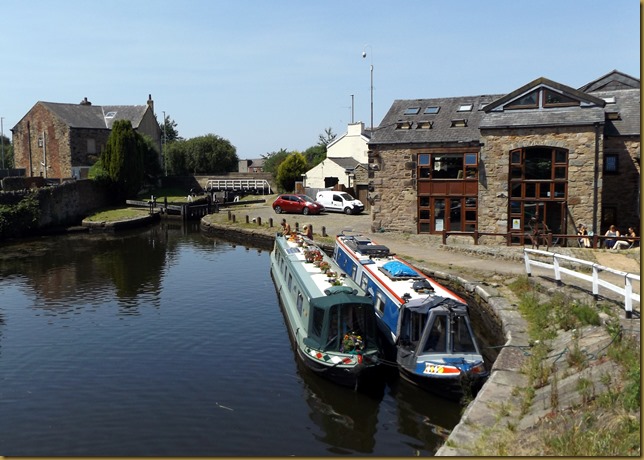 The “Mike on a Bike” sculpture is still on the towpath… 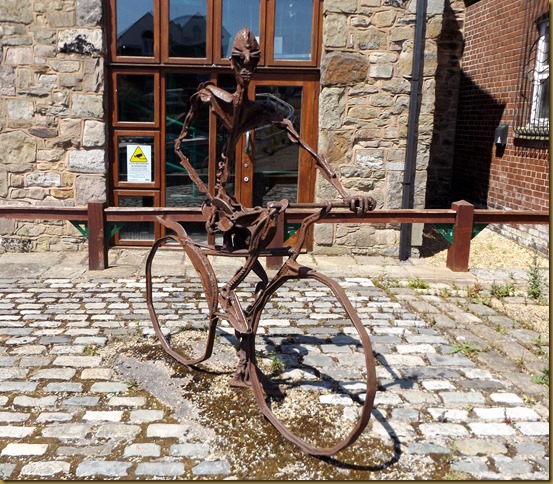 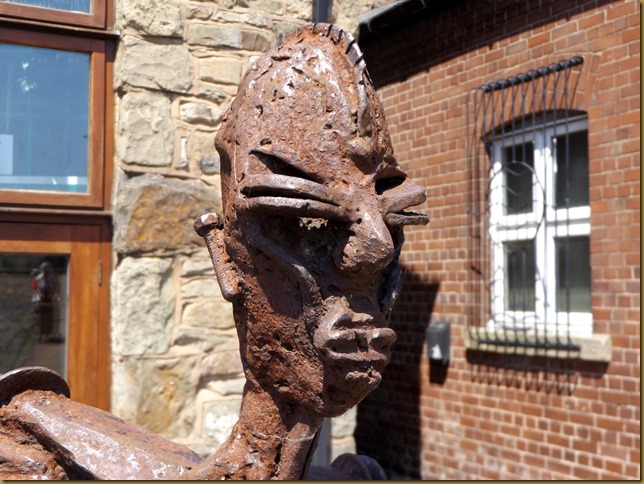 With the locks empty we made good time to the top of the flight, mooring up for shopping just past Bridge 101. 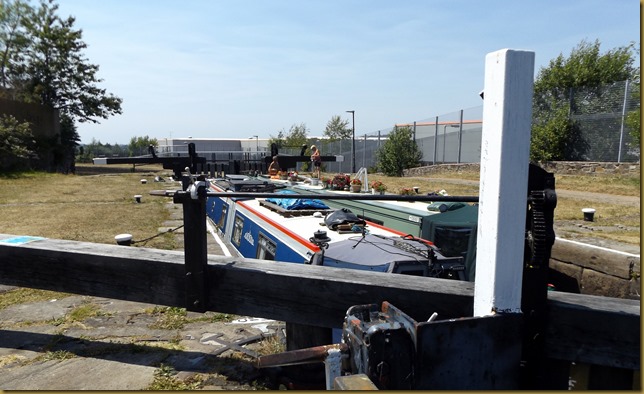 The Whippets were done first, setting off for Rishton or maybe Church. We followed on, the canal now on the hill to the south and above the city centre. 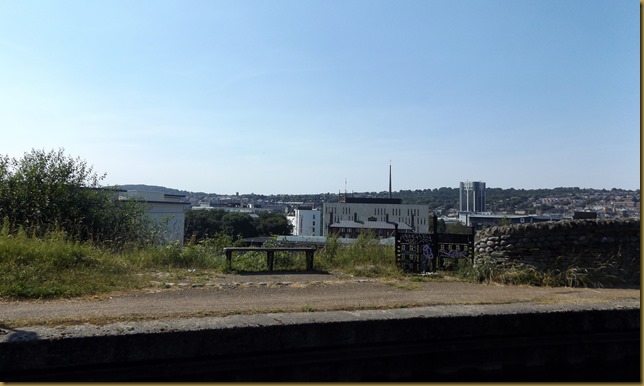 The tall spire just right of centre is that of the cathedral, built around 1825 and formerly the parish church. It was elevated to cathedral status in 1926. The body of the building is obscured by the Premier Inn. 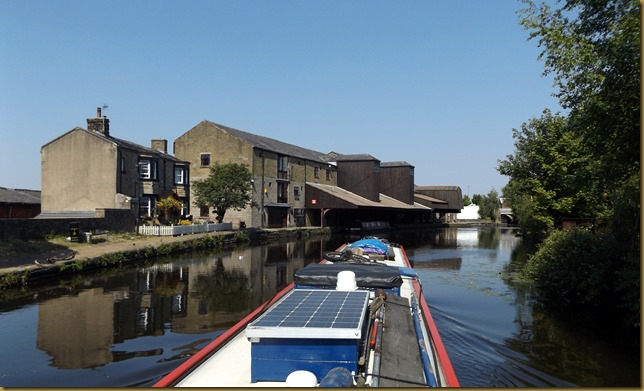 The canal through the town is moderately clean, plastic bottles and cans float around of course, and I spotted a bed headboard and some seat cushions. Common stuff really in an urban canal. But this is a little less common… 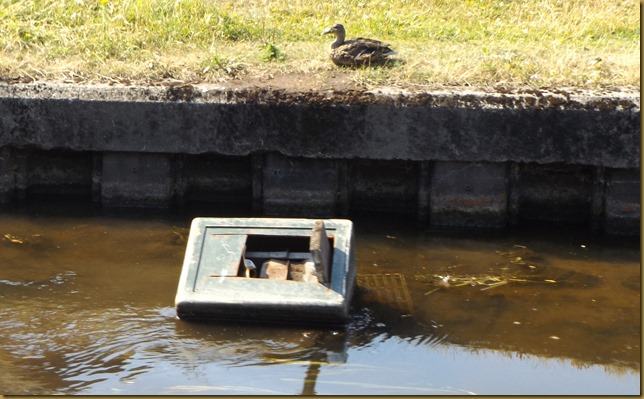 A small safe with the back peeled open!

There’s not many mills left in the city now, but a few tall chimneys remain. Daisyfield Mill, formerly Appleby’s Flour Mill from 1870 is now office space… 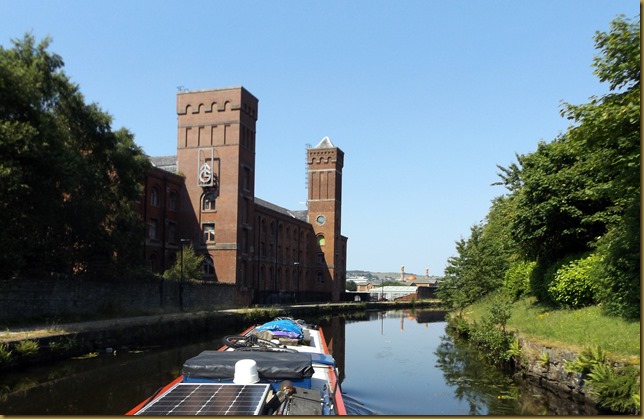 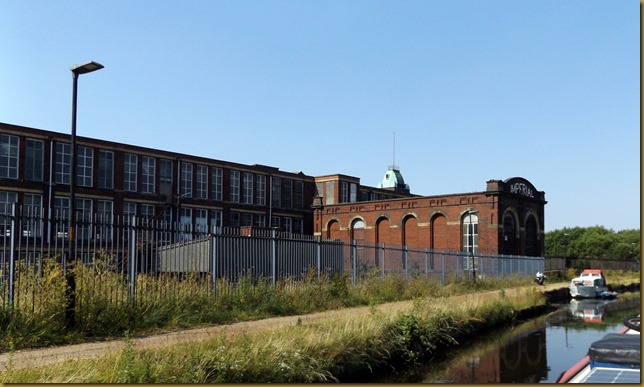 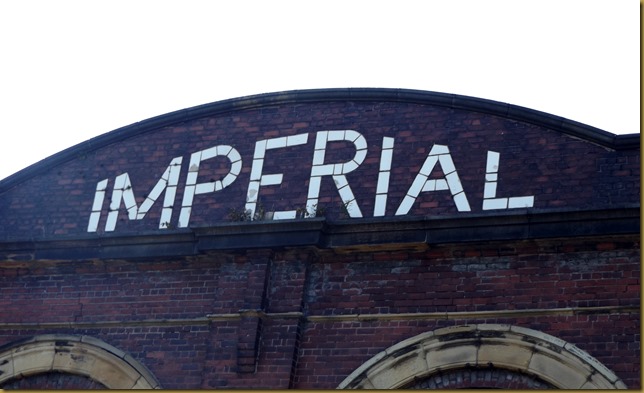 Cotton spinning was the major industry in East Lancashire, Blackburn alone had 91 mills operating in 1891.  Of the turn of the century population of around 133,000 almost a third were employed as weavers or spinners.At it’s peak the Lancashire spinning industry produced 8 billion yards of cloth per year. But the industry fell into decline after WWI, and Imperial Mill was one of the last to be built. It finally ceased production in 1958, and has stood empty for several years.

The canal moves out of the town after passing under the bypass, Bridge 104C, just the extensive Whitebirk Retail Park on the left side for a quarter mile. 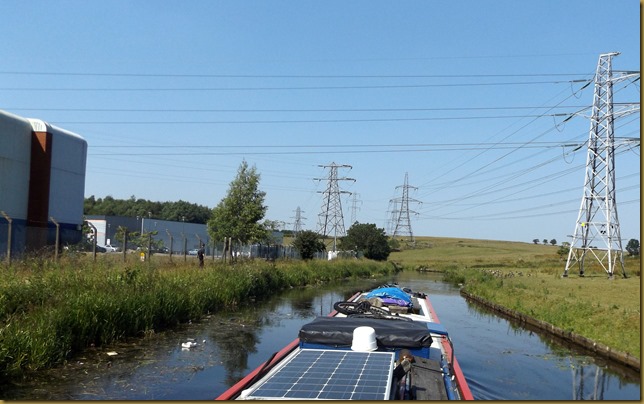 We didn’t go much further, pulling in just before Bridge 107, Cut Bridge. 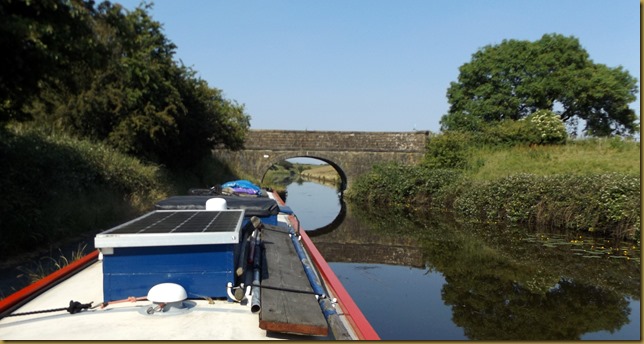 It’s been a long, hot day. We’ll probably have a short one tomorrow.