Yet another fine, sunny but breezy day. Good for us, not so good for those fighting the moorland fires up on Winter Hill. There is a suspicion that the blaze there was started deliberately… Several units from Greater Manchester and Lancashire Fire Services are committed. They are still busy also trying to stem the spread of the fires up on Saddleworth Moor. Soldiers from the Royal Regiment of Scotland are helping with this one. The problem is that the recent weather has dried out the underlying peat, and once the fire takes hold in that it can smoulder for a long time. Several days of rain will damp it down, but there’s none in the forecast.

Looking across the Calder Valley towards White Hill 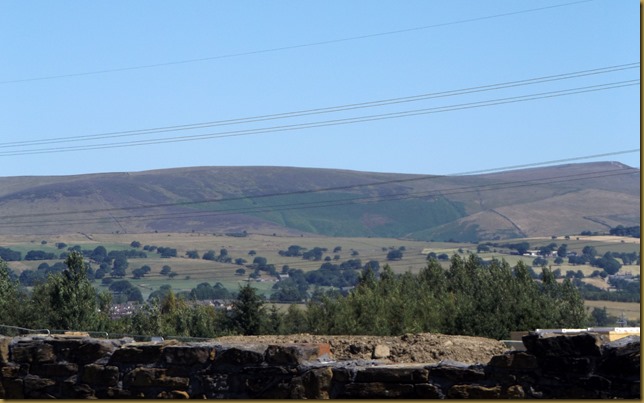 Three generations of transport – the canal from 1815, the Blackburn Branch of the Lancashire and Yorkshire Railway from around the middle of the same century, and in the distance the M65 from the 1980s. 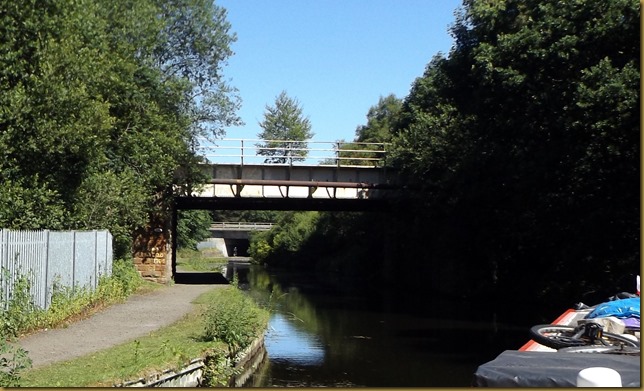 The Branch line ran from Daisyfield Junction in Blackburn to Skipton, where it joined the Leeds to Carlisle line. The section from Colne to Skipton was closed in 1970, but there’s strong support for reopening  it.

The canal ducks under the motorway twice here, the second time marking the edges of the built up area around Burnley. We stopped for a short while at the services at Rose Grove, before going under the motorway again and then through Gannow Tunnel. 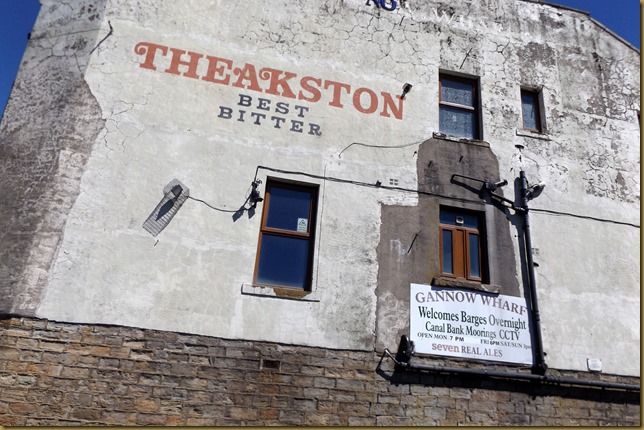 Under the M65 yet again, Gannow Tunnel is just around the corner. 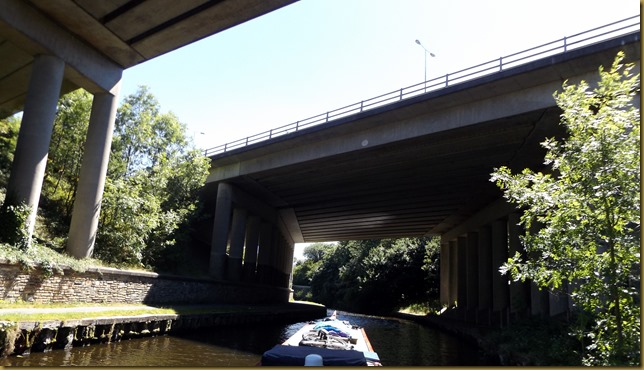 That’s the way to build a tunnel, wide, deep and dead straight. 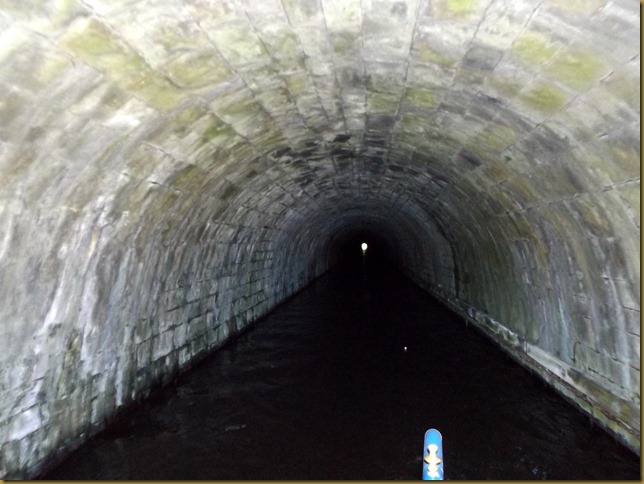 It was pleasantly cool passing through the hill after the hot sun outside, but the cold water dripping through the ceiling halfway through was a bit of a shock on my unprotected noggin!

Burnley is built around the confluence of the River Brun and the River Calder, 50 feet below the level of the canal. It heads south-east from just above the tunnel to pick up the end of the Burnley Embankment, probably the most impressive earthwork on the navigation. On the way it passes the Weaver’s Triangle, the historic centre of the craft in the town.

A terrace of weaver’s cottages 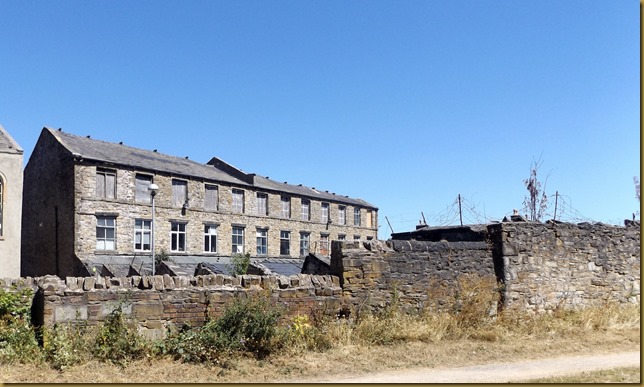 Before mechanisation and the large mills, cotton weaving was essentially a cottage industry, with families living in the lower two floors of their homes and working a loom on the top floor where the light was better.
This terrace is due to be a part of the redevolpment called On The Banks, alongside the canal. 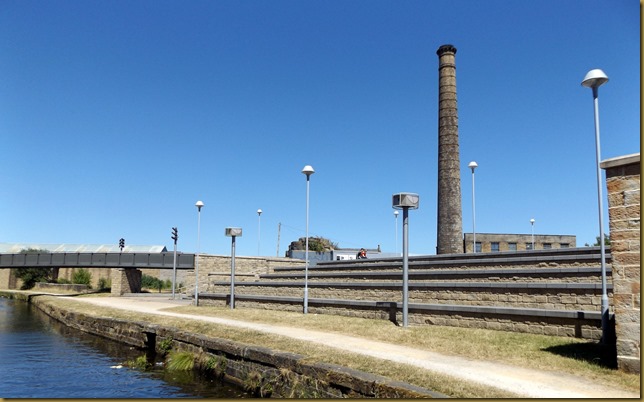 They are to be turned into office space. 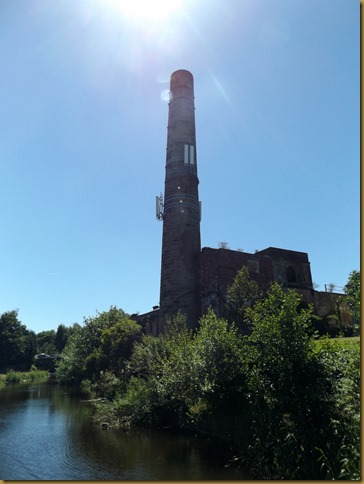 Weavers warehouse, where raw and finished materials were stored and trans-shipped to and from the boats. 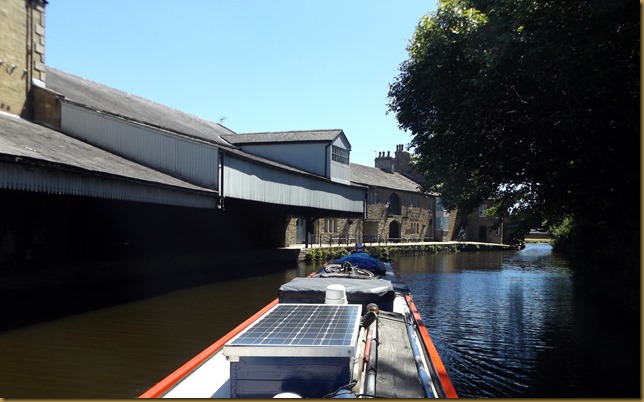 Not all the old mill buildings have been redeveloped… 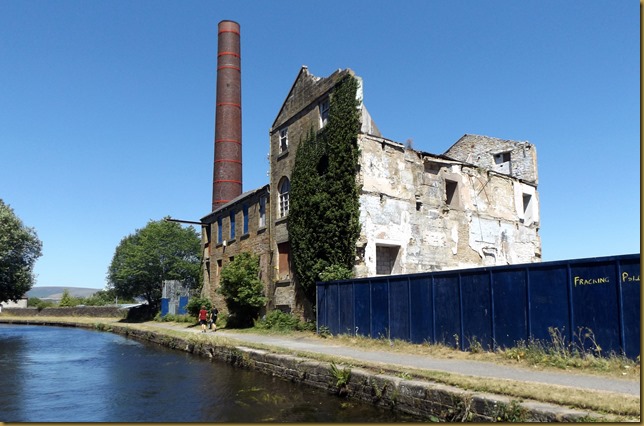 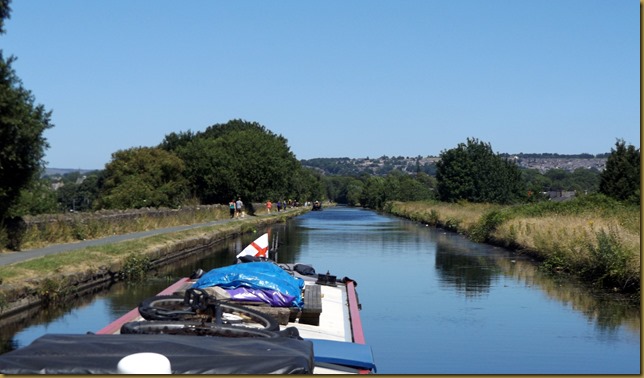 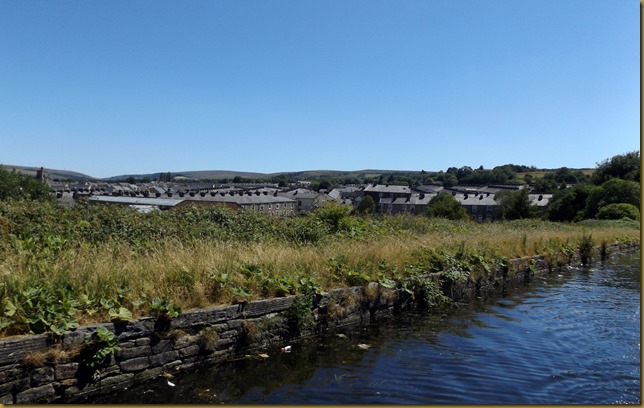 I pulled in here for a trip to the shops.

At the far end of the three-quarter mile straight the canal bends around to continue on it’s journey, now heading north after leaving the Calder valley. The built-up area slowly thins out as the navigation runs into a green belt between Burnley and Nelson. 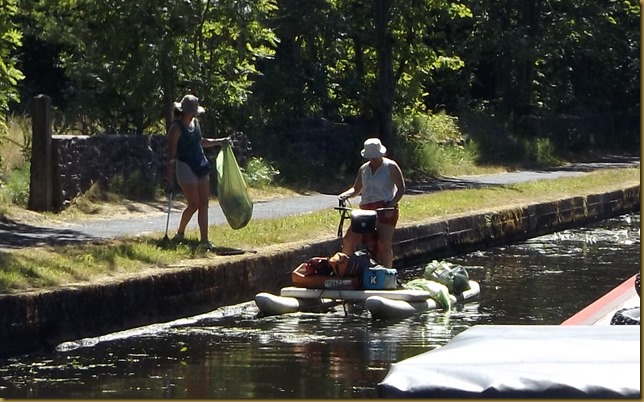 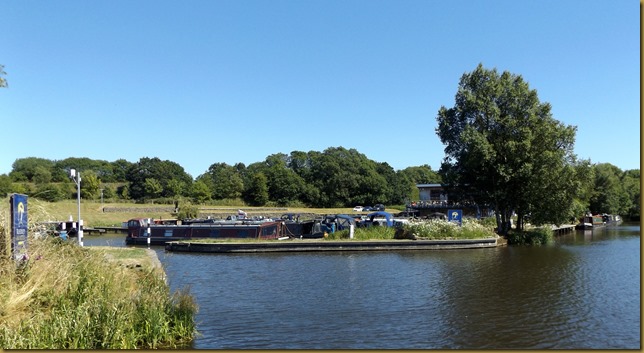 We came around the corner after passing the marina looking for somewhere to moor, and there was Whippet Express! We’d left them behind at Hapton this morning, but they’d passed us while I was in the town shopping. 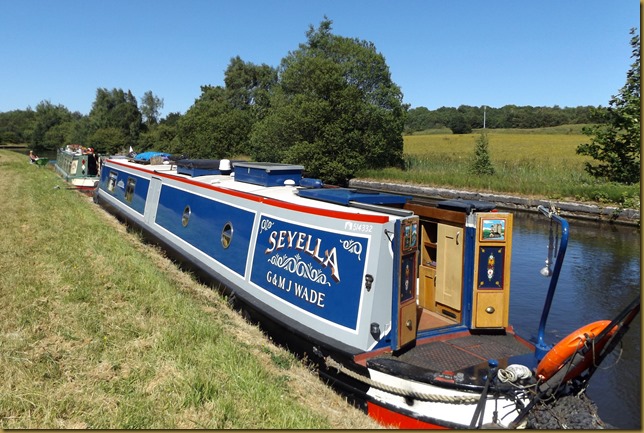 They really must think we’re stalking them!