Back to Gnosall today, to collect the rest of the mail waiting for us at the Post Office.
It was another cold night, frozen puddles again on the towpath but no ice on the canal. Pushing my luck now, aren’t I! We left NBs Rock’n’Roll and Moore2Life at Norbury we’ll catch up with them on the way back. 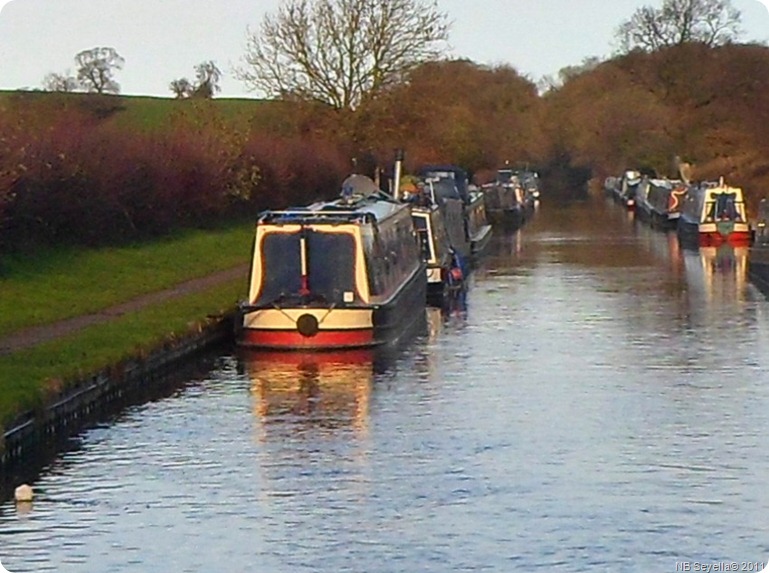 Heading onto the Shelmore Embankment, sun in the eyes. 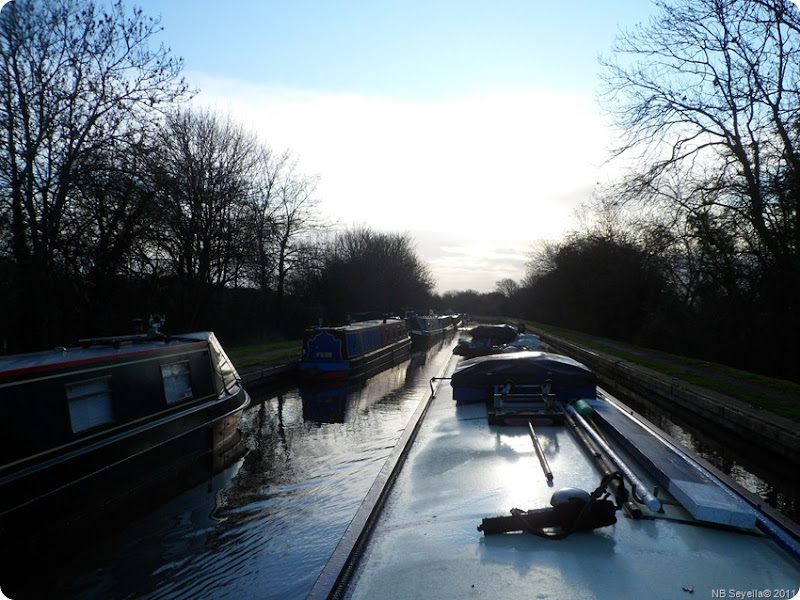 Towards lunchtime the sky got a bit hazier, so at least I could see where we were going!
It was very pleasant on the embankments, but by heck it was cold in the cuttings where the sun didn’t penetrate.

Back into the sunshine at Castle Cutting 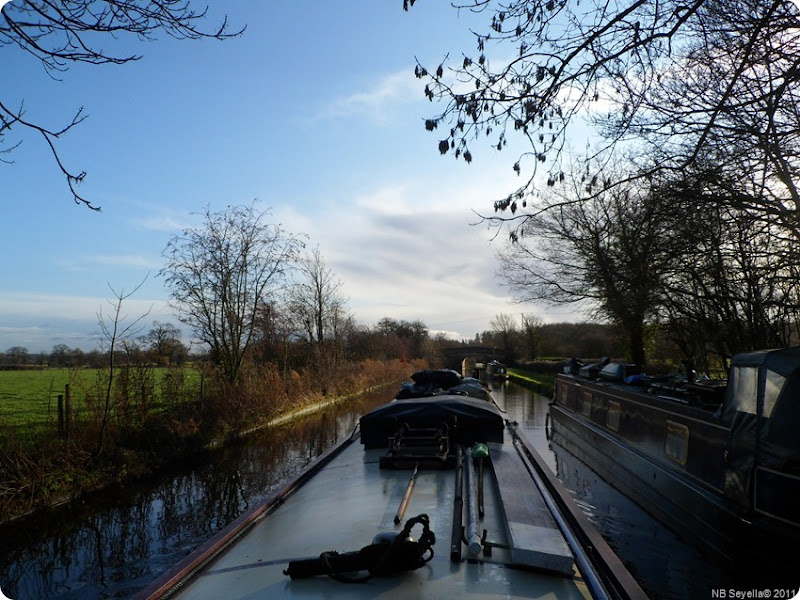 The 48 hour moorings at Gnosall seem to be occupied by the same boats as when we left…. 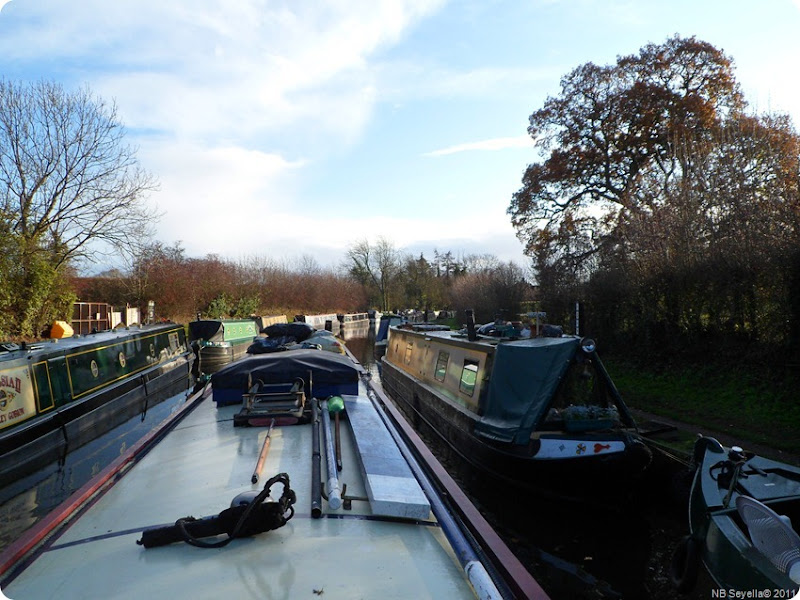 We had another 1½ miles to go before we could turn around at High Onn. We used to have the same problem when we (frequently) got lost towing a caravan… 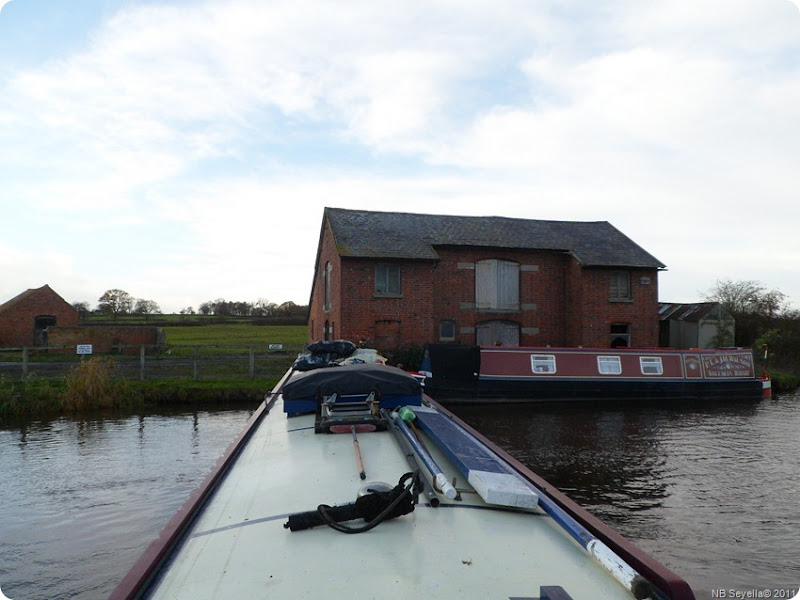 We’ve now got the sun behind us, but of course it’s turned dull now. We retraced our route, tried unsuccessfully to get a decent picture of the resident kingfisher in Cowley Cutting, and moored just above Boat Inn Bridge.

Sunshine and shadows in Castle Cutting. 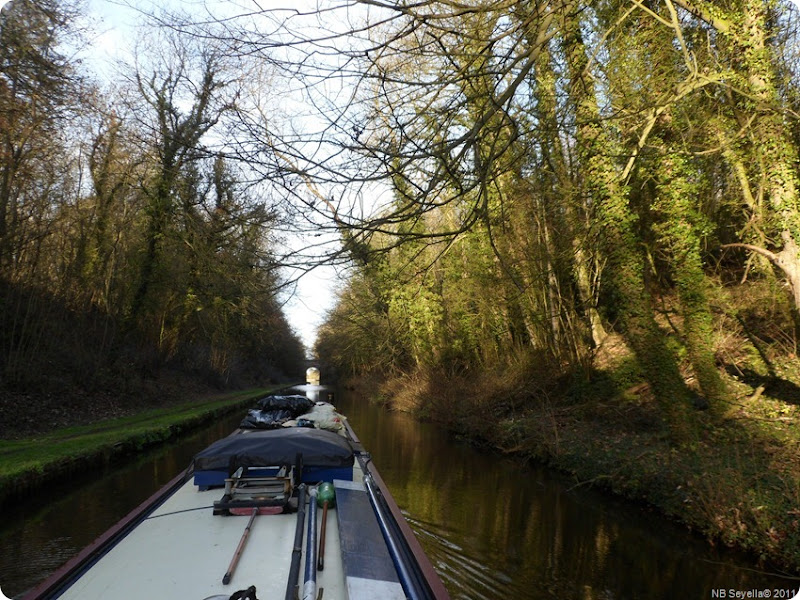 Could this be the remains of a Norman Motte and Bailey? The cutting must have been named for something…. 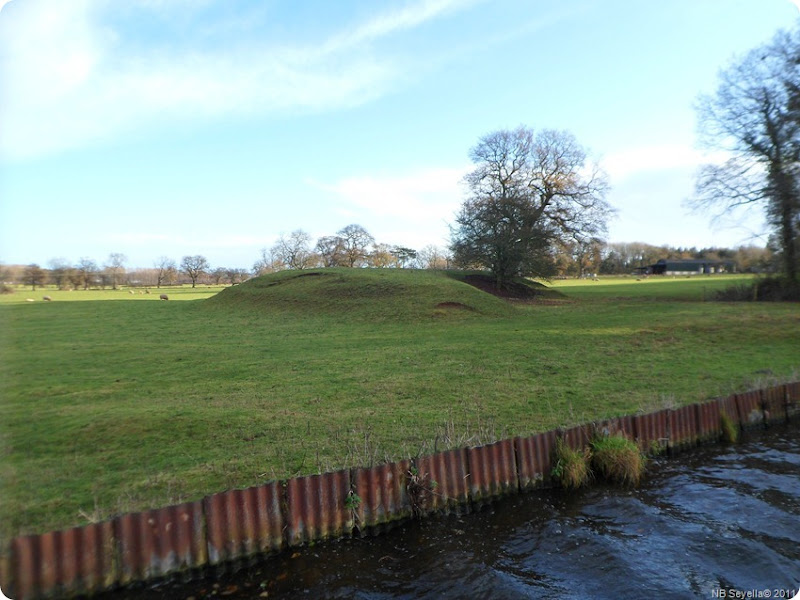 Back at Gnosall. We moored this side of the bridge this time, the towpath is cleaner. 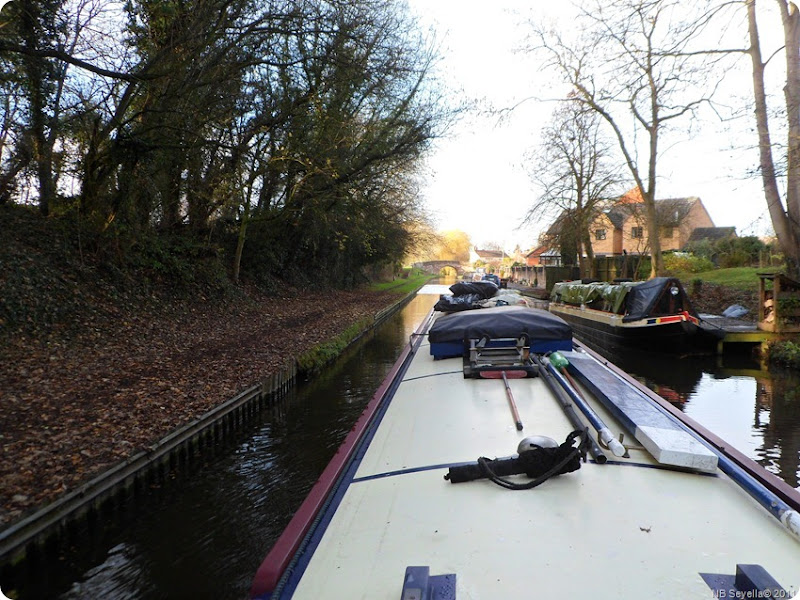 I did my good deed for the day on the way up to the Post Office. A taxi driver was having trouble with his car, it wouldn’t start after he left it with the lights on. So we pushed it back up a shallow slope and bump started it on the way down. In return he saved me 10 minutes walk by dropping me in the village. Pity he wasn’t still around when I came out of the Co-op with a rucksack full of provisions….

Looking at the map it would have been quicker to walk to the P.O. from Norbury. The  6½ mile round trip would have taken me about 2½ hours, and it would certainly have been warmer. But I’d still have had to run the engine to charge the batteries, so we may as well cruise.