I’m glad we’re not in Scotland….

It’s blowy down here, but they’ve got 100 mph gales up there! Certainly not boating weather.
It was difficult enough getting unstuck this morning, the wind was almost broadside on from the other side of the canal. 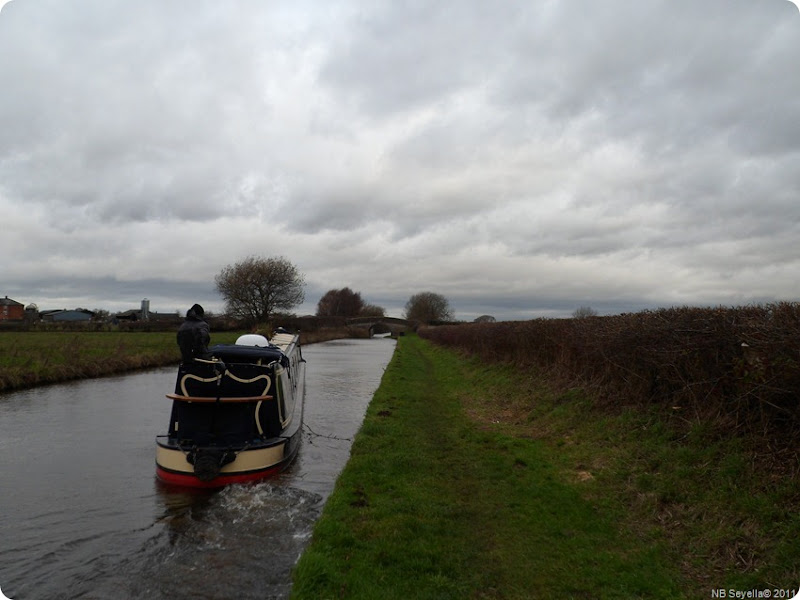 Chas had already gone, we followed on a few minutes later. There was no point travelling in convoy, when we got to Gnosall the plan was to fill with water before mooring, so we’d only be queuing for the tap.

NB Pheasey has an unusual but elegant schooner stern 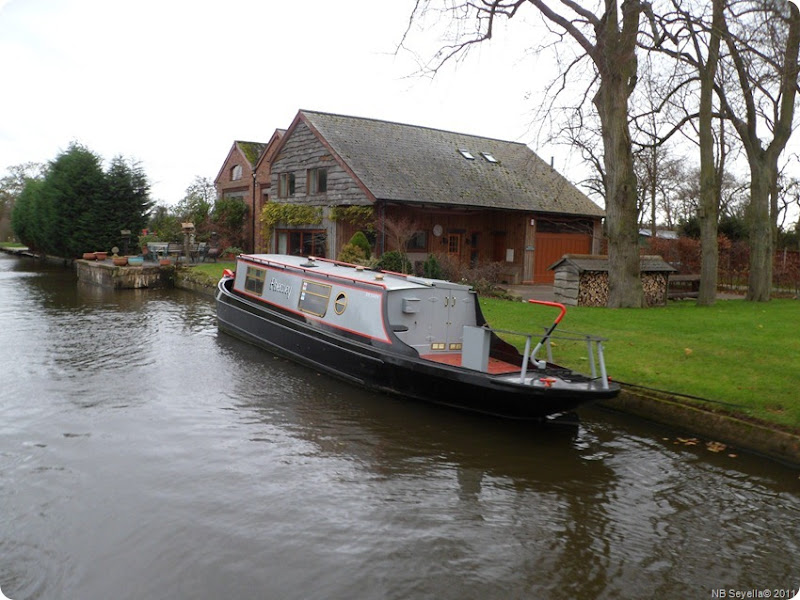 High Onn Wharf is just the other side of High Onn Bridge. Private moorings and a winding hole occupy what must have been a busy little dock, judging by the large warehouse. 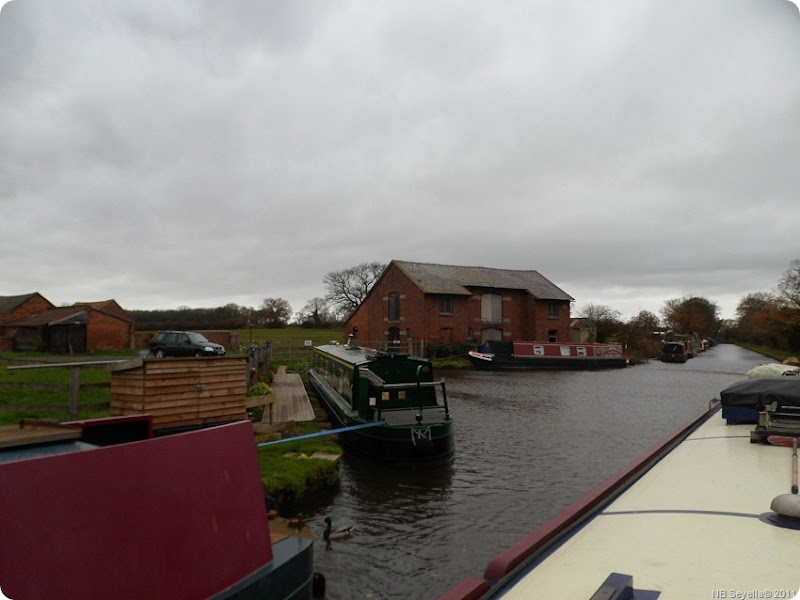 The towpath swaps sides over Turnover Bridge No 26. 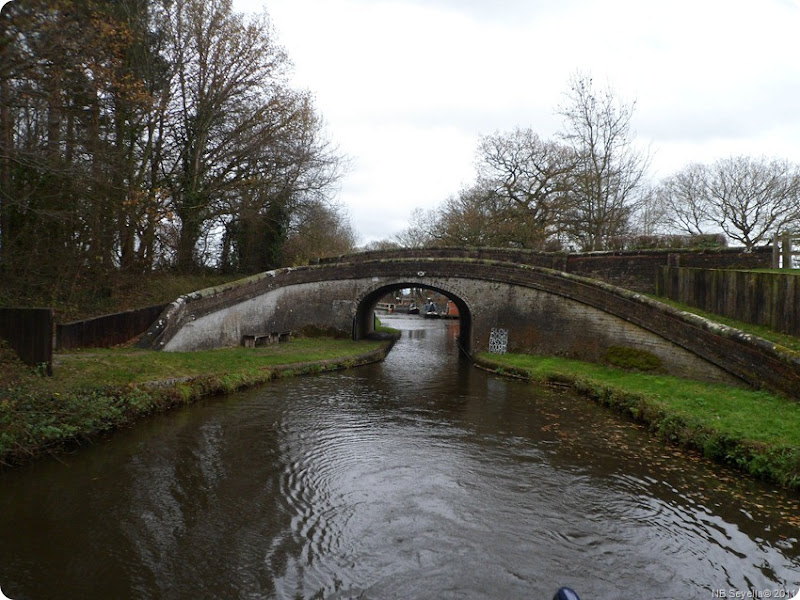 These bridges were designed so that horse drawn boats didn’t have to drop the tow line when swapping sides. The horse would have followed the towpath under the bridge on the left, then up the ramp, over the bridge and back down on the right.

And the grammar still hasn’t been corrected… 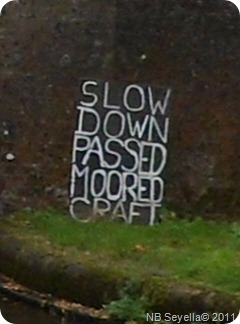 We had another sideways moment just before Castle Cutting…. 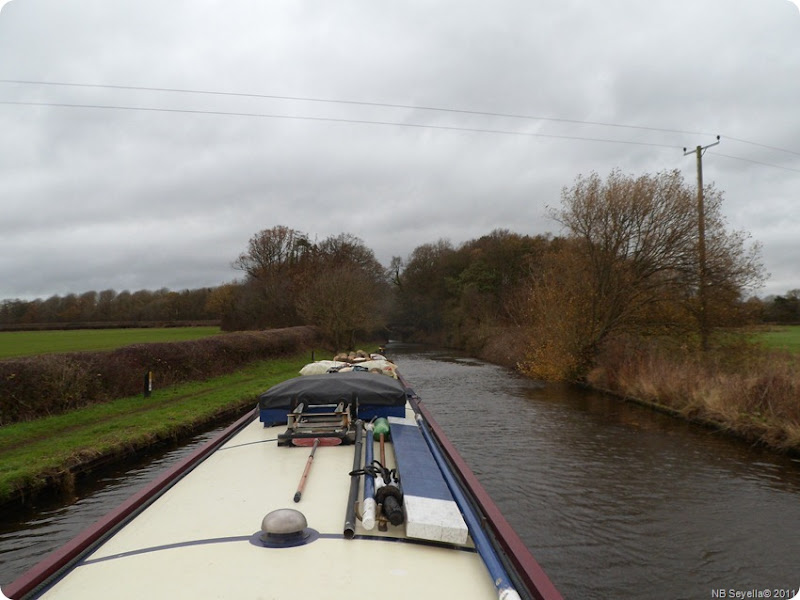 ….Then had a welcome respite in the cutting itself. 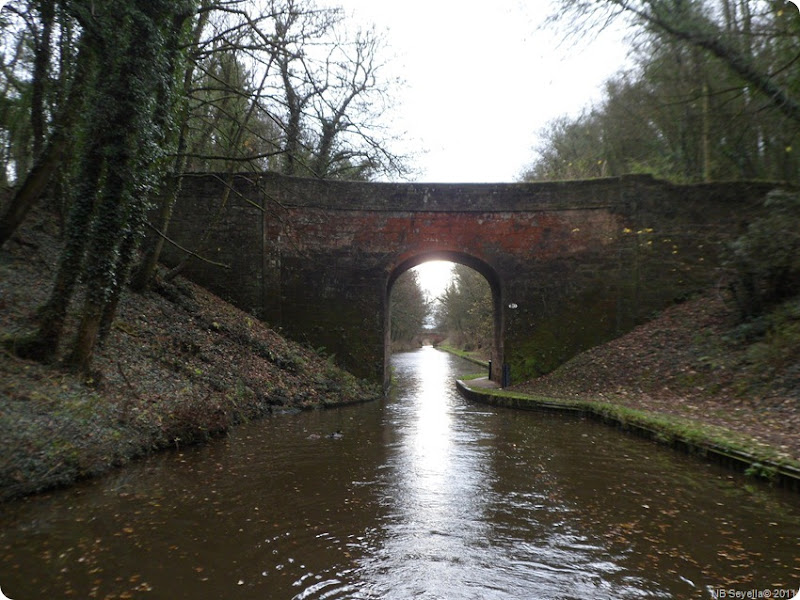 Cowley Tunnel sits just before Gnosall. At only 81 yards long it it’s not worth putting the light on for. It was supposed to be a lot longer, but the loose nature of the rock wouldn’t support the roof safely. So now there’s a long cutting on the approach from the south. 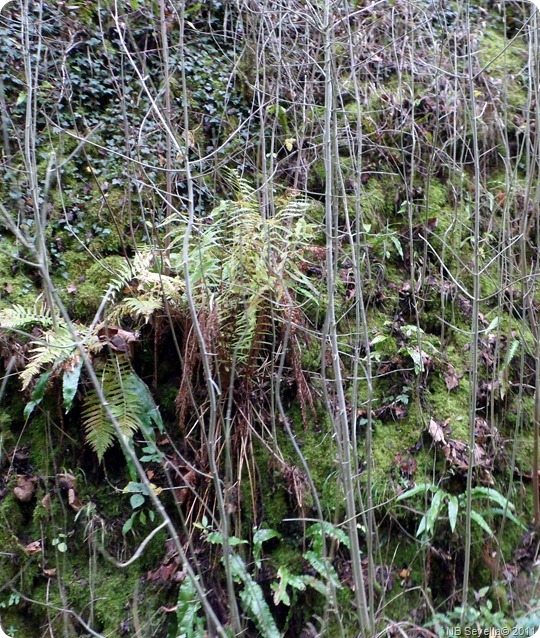 The southern portal is a conventional brick arch, but the northern end is rock cut and unlined. The rock must have been more solid here! 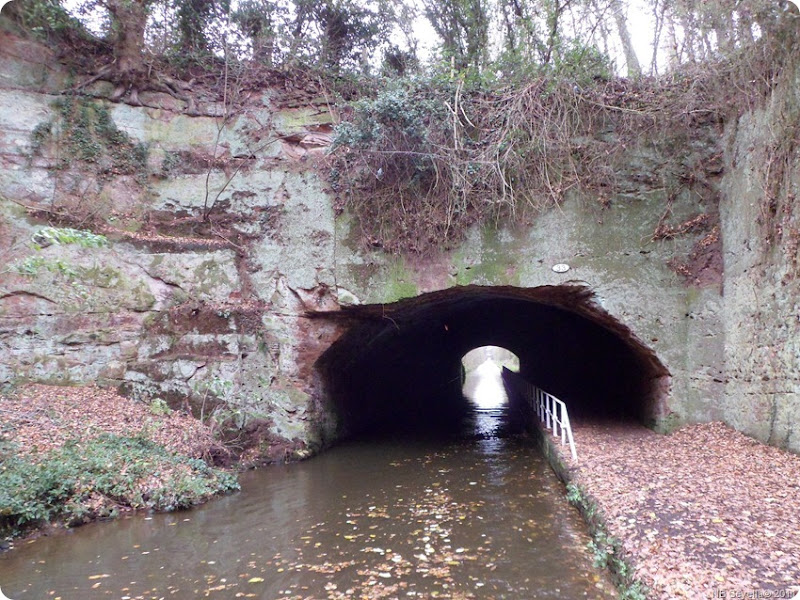 Coming out of the tunnel George got hold of me on the phone. The moorings beyond the water point were full, so M2L and R’n’R were filling up then reversing to moor this side of Gnosall Bridge. I didn’t want to have to back up too far in the wind, so we pulled in just past Boat Inn Bridge.
We’ll pick up water on the way out of the village, maybe Sunday. Or else leave it till we get to Norbury. It’s only 2½ miles further on.