To say that we’re still around!

We had a thoroughly enjoyable Christmas, each of the 3 boats taking it in turns to host the evening party. By Boxing Day (our turn) we were having to scratch our heads a bit to think up some game ideas, but I reckon we managed.

Meg got all dressed up for Christmas Night…. 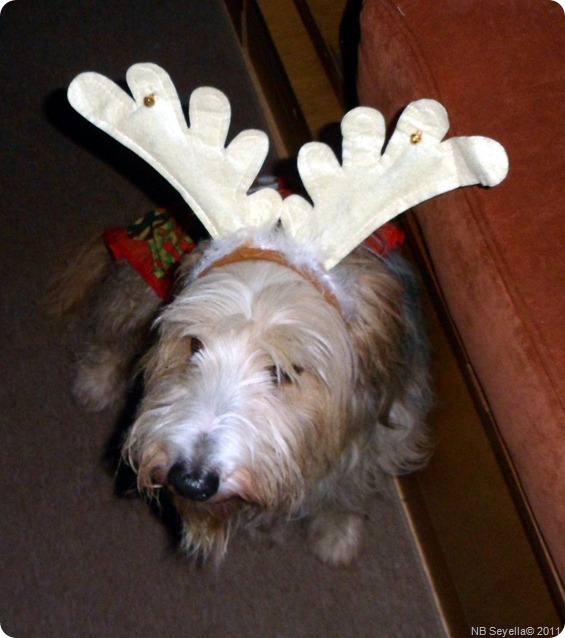 …but she didn’t stay that way for long. The 2 Mollys laughed at her, but Meg reckons they were just a bit jealous…

A bit of a queue to empty the loo! 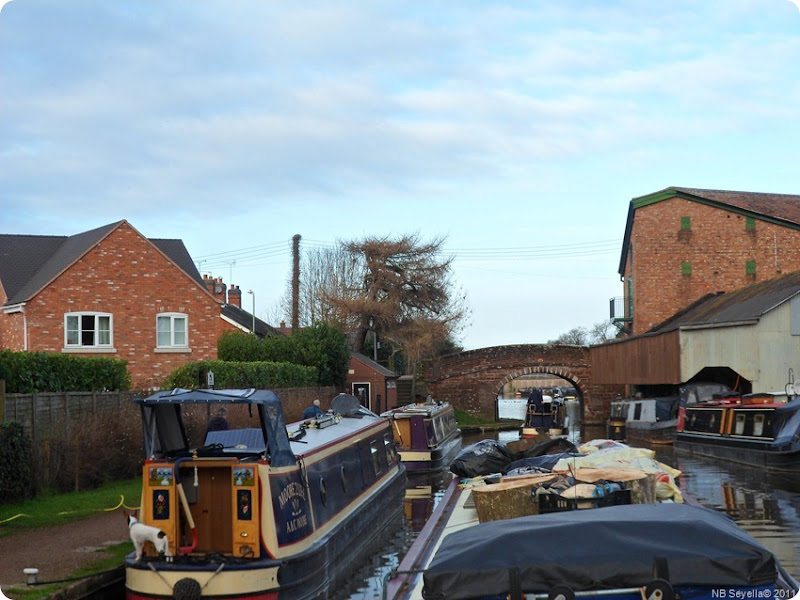 It’s OK, NB Rock’n’Roll has just pulled out leaving room for us just before the bridge. NB Moore2Life is still filling, as is NB African Star in front.

We didn’t get so far, pulling in just past the bypass bridge.

The good weather has finally fled, leaving us with wind and rain. Ah well, the rain will be appreciated by Sue and Vic on NB No Problem, still stuck in drought conditions down on the Kennet and Avon Canal.

There’s a bit of boat traffic about, 3 or 4 boats daily. We had a bit of an incident yesterday. I’d got my nose in a book and am pretty much out of it as far as the rest of the world is concerned when I’m reading. But I did hear Mags say “That boat’s going a bit fast, and so is that one!” I replied with a grunt. It was only when I got up to put the kettle on 15 minutes later that I realised we’d a different view out of the cabin window. We were now diagonally across the canal, bow still tied up but stern on the far bank.
With a bit of a struggle against the wind I got us back against the bank, and double pegged the stern rope. M2L’s bow rope had also pulled it’s pins but not completely out, so I repositioned them and made sure that they were firm, too. The spot where we’d put the pins in was particularly soft.

That’s probably it till after the New Year, so have a good one and I’ll see you all in 2012.