We’ve had a steady few days since I last posted. On Friday we all took a bus into Stafford, to get a few last minute Christmas gifts and to have a look around. 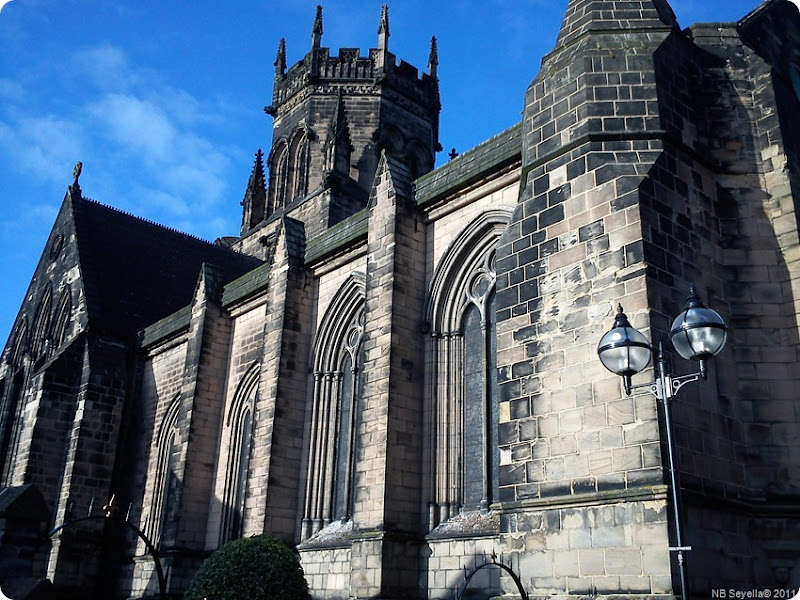 It was a bright but cold day, so Mags and I wimped out and took a taxi back to Gnossal rather than wait for the bus when we’d got what we wanted.

Saturday we just chilled, that being an accurate description of Friday night/Saturday morning. Meg and I had a fine walk over the frosty fields then returned via the canal towpath. 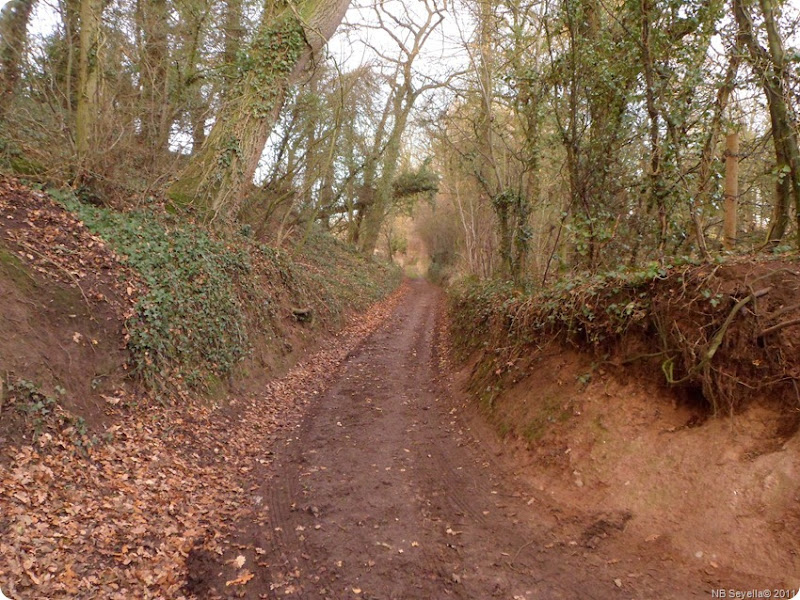 …..a quarry at the top of Cowley Tunnel. 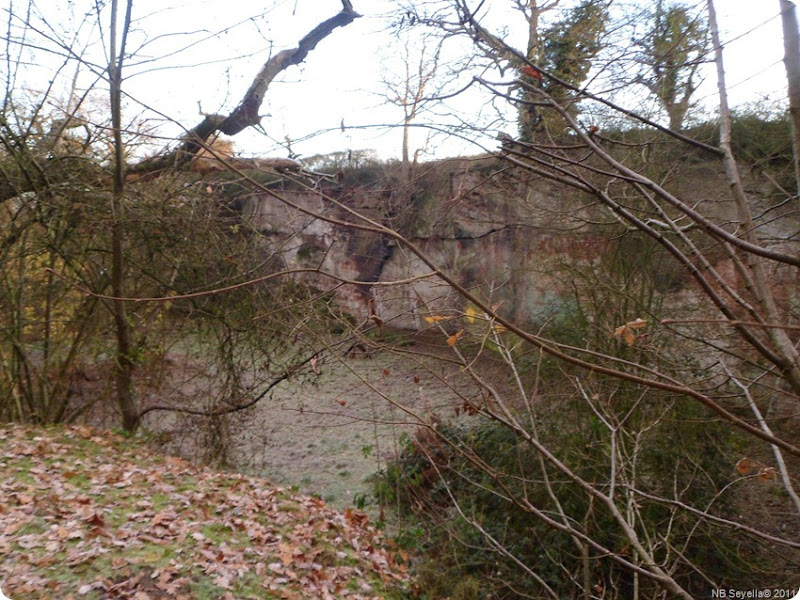 I guess that’s where a lot of the stone for the bridges in the village came from. 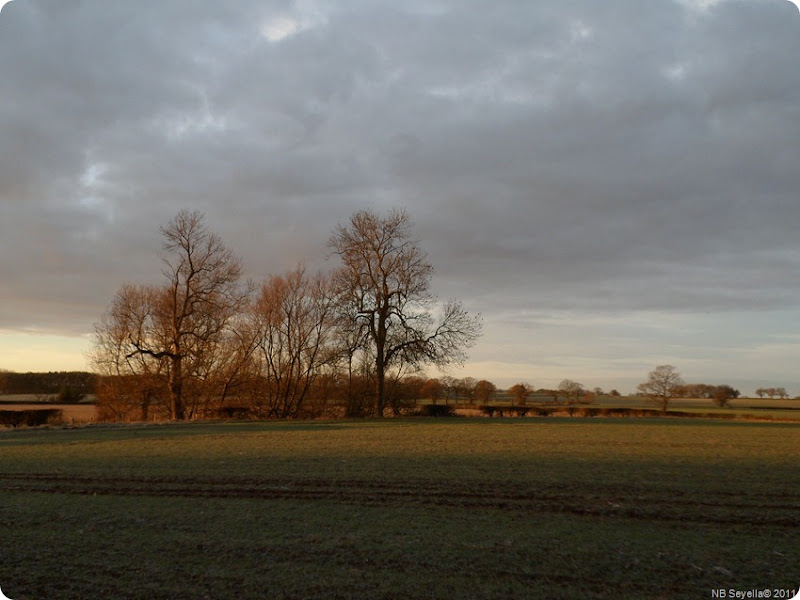 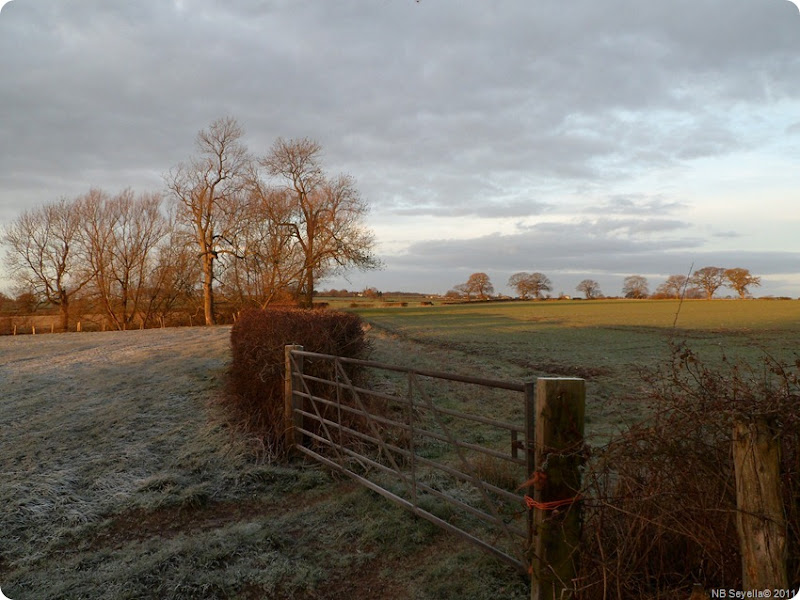 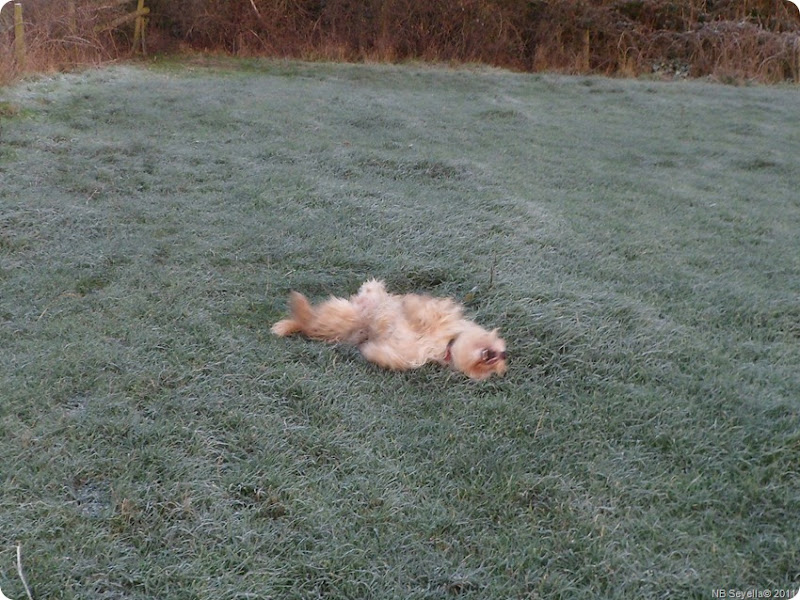 Luckily for both of us she generally avoids the cow pats!

Back onto the towpath, under Bridge 32, the way the builders laid the stone blocks to compensate for the bridge being askew over the canal always fascinates me… 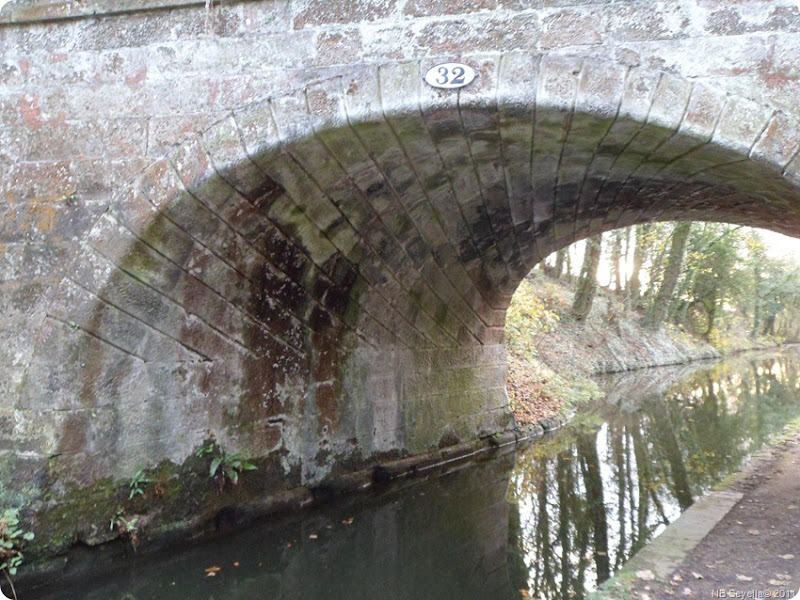 We followed the long cutting to Cowley Tunnel, and I managed to get some shots inside. 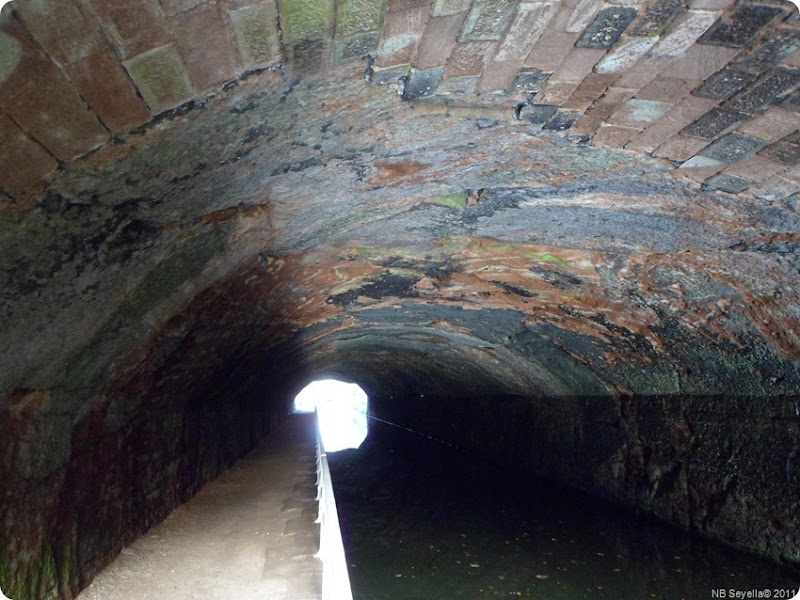 Faults in the rock structure led to the tunnel being shorter than intended. 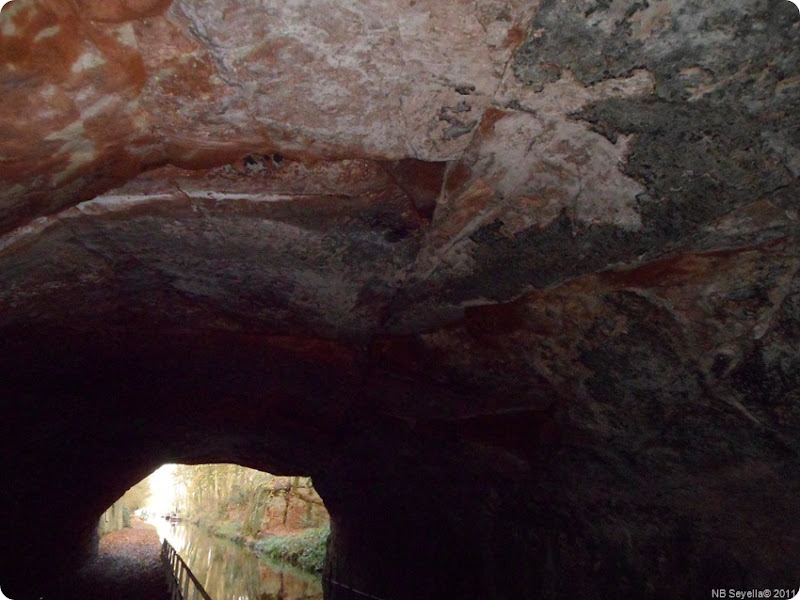 Out in daylight, straight cut walls to the cutting…. 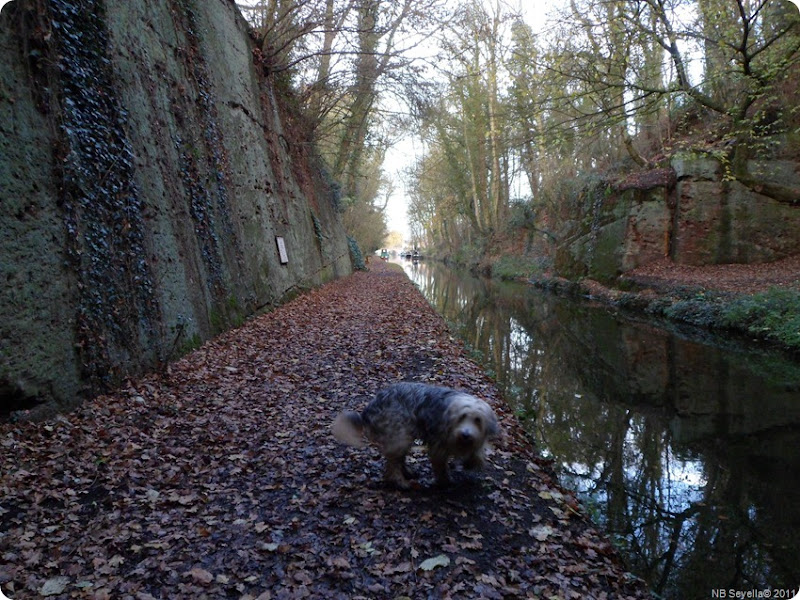 ….And more evidence of quarrying on the offside. 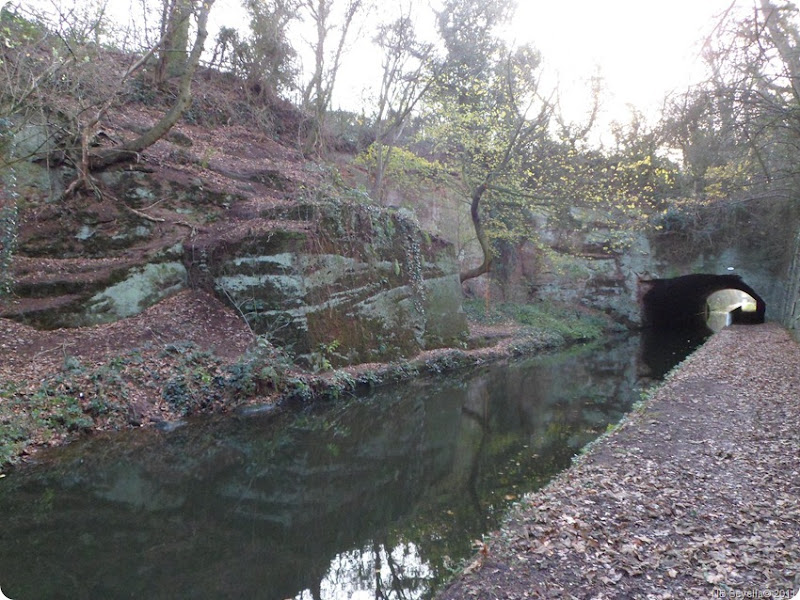 A splash of colour near Boat Inn Bridge 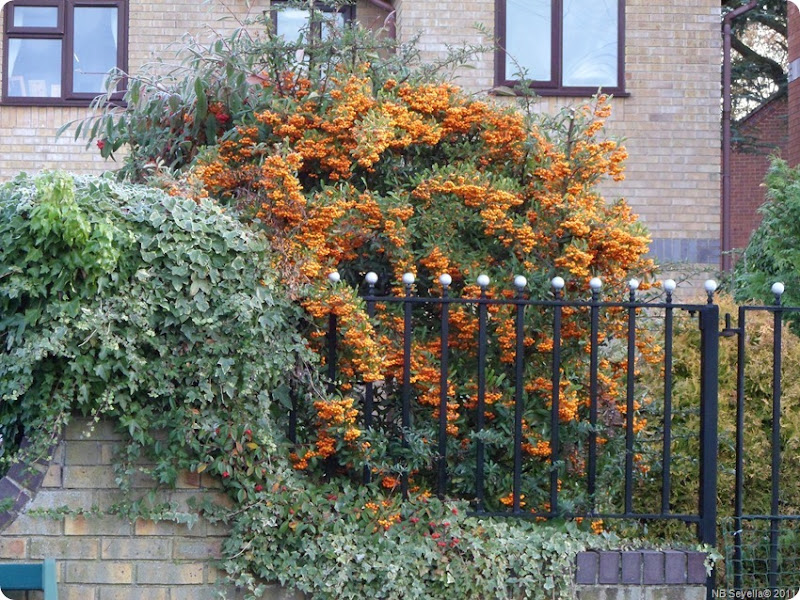 Yesterday I dipped the water tank in the morning and found we were well down, so we moved from our spot near the Boat Inn, filled the tank then pulled in again just before the disused railway bridge. Then we had Chas and Ann round for lunch, and very convivial it was too. Roast beef and Yorkshires, with apple crumble to follow. Thanks Mags! George and Carol missed out; they’d gone to son Mark’s for the day.

Today dawned bright and sunny after another sharp frost, but grey clouds rolled in soon after we set off for Norbury Junction, and we even had a short shower.

Leaving Gnosall, under the railway bridge. 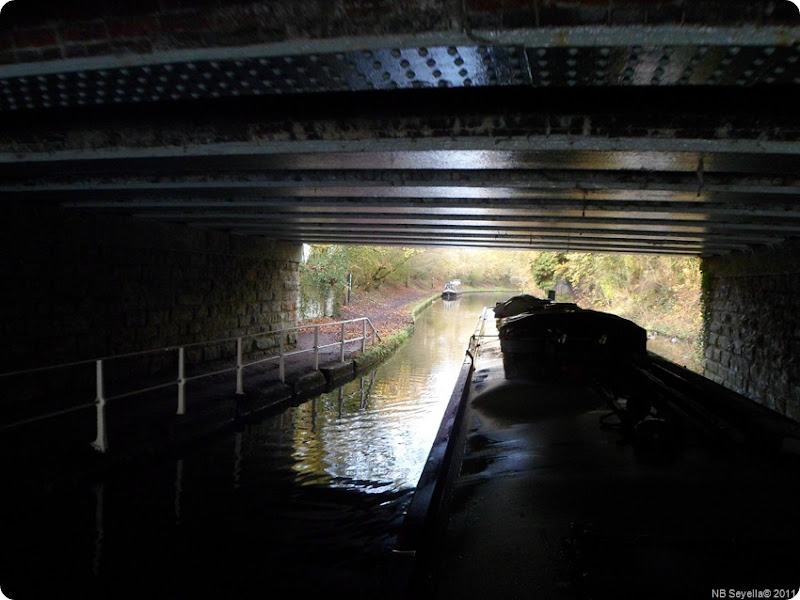 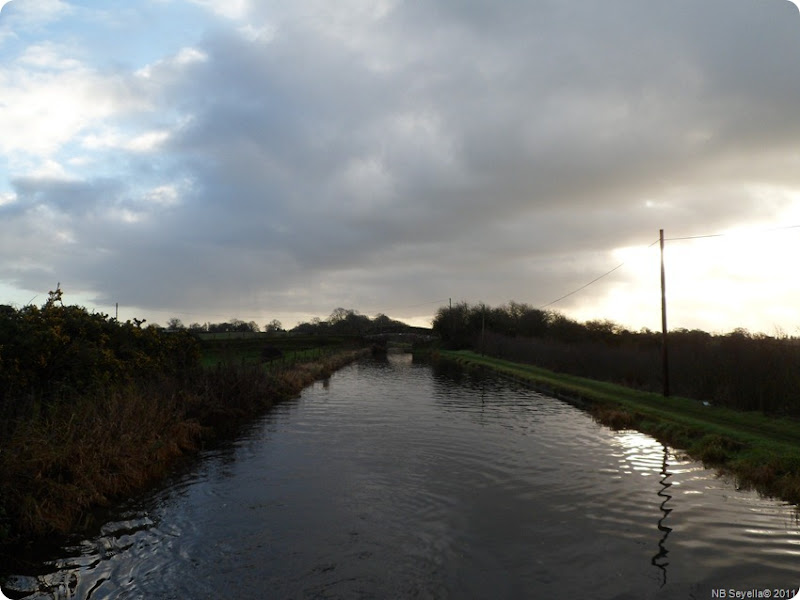 Just before Norbury the canal passes over Shelmore Embankment, just over a mile in length and up to 60 feet high. 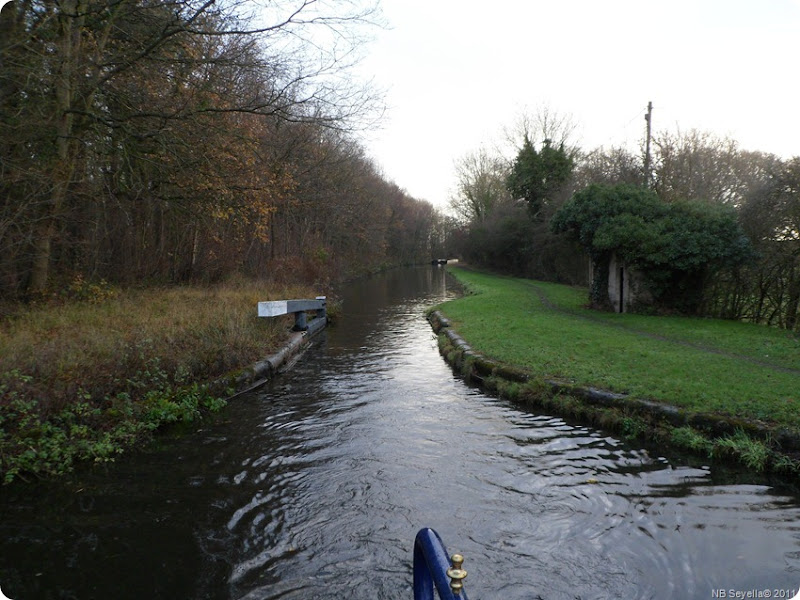 The stop gate protects the navigation in case of a breach. There’s one at either end of the embankment.

This structure and others like it enabled the canal to maintain a straight and level course, improving traffic speed considerably over the old contour canal. An incredible achievement, they were also a big problem as the sides often slipped during construction. Shelmore was the last to be completed and indeed the final stretch of the Birmingham and Liverpool Junction Canal. It took 5½ years to build. 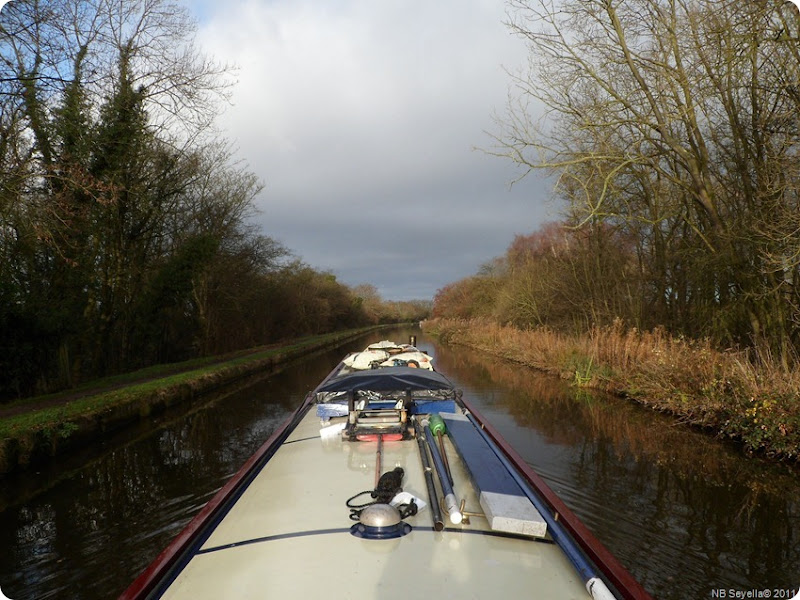 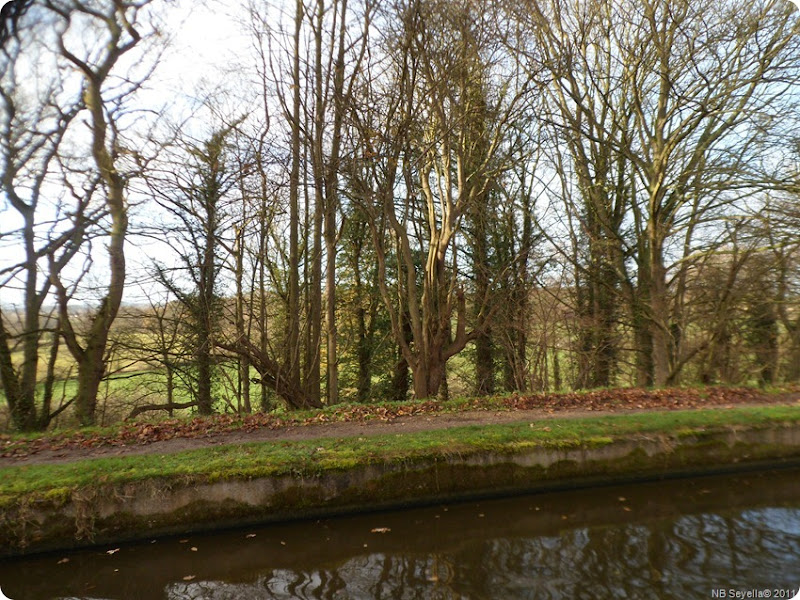 At the other end of the embankment is Norbury Junction, very busy with boats at any time of the year. 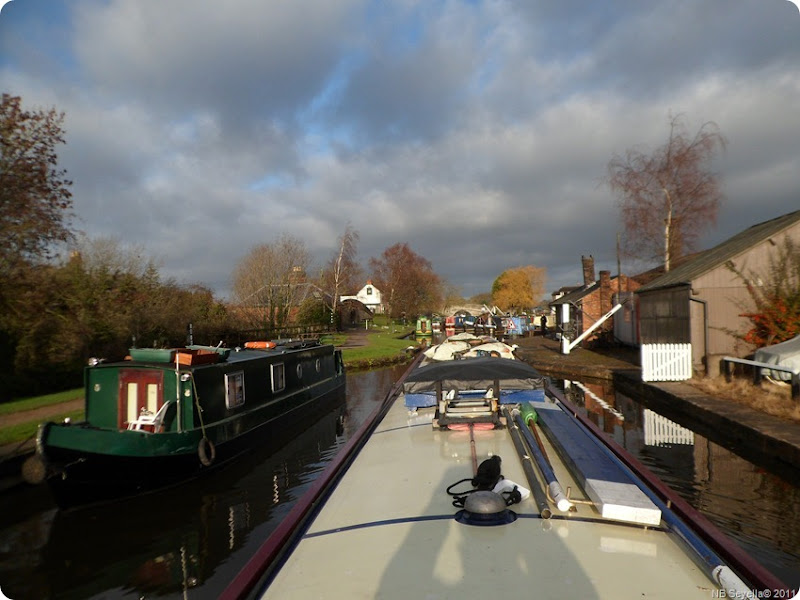 We pulled in to empty the loos and dispose of the rubbish, then waited while another boat was filling with diesel on the wharf. Meanwhile NB Rock’n’Roll came past and pulled across to have the loo tank pumped out, so we had to wait for them to get out of the way as well before we could fill the fuel tank. At 77.9p per litre it’s worth waiting, though. 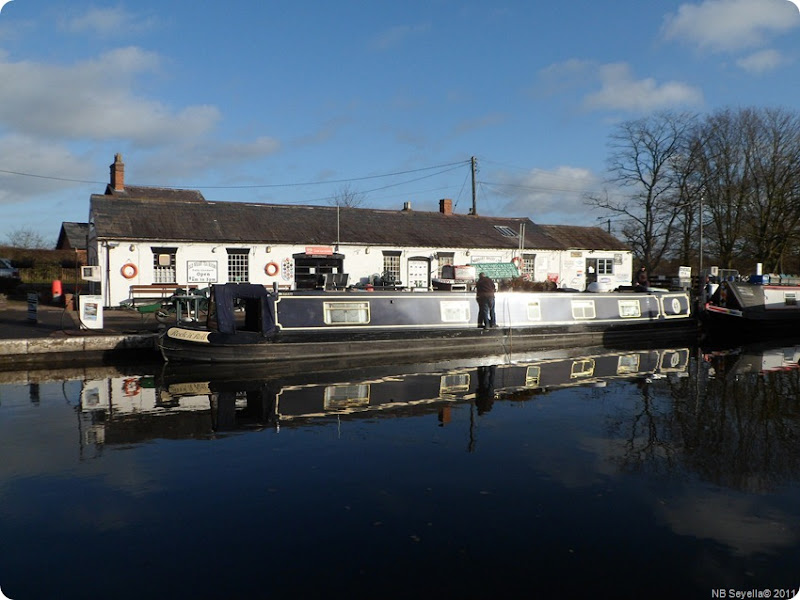 Early in the afternoon the clouds mostly cleared, so it’s been quite pleasant. A bit of a breeze has blown up now, though.

We’d turned around in the basin before filling with diesel and reversing to moor just past Norbury Bridge. We’ve got to go back to Gnosall to pick up some more mail from the Post Office, but that won’t be till Wednesday.

We took the pooches for a circular walk, getting back at around 4 o’clock before it got dark.

Ann, George and Carol, me, two Mollys and Meg set off towards Manor Farm. 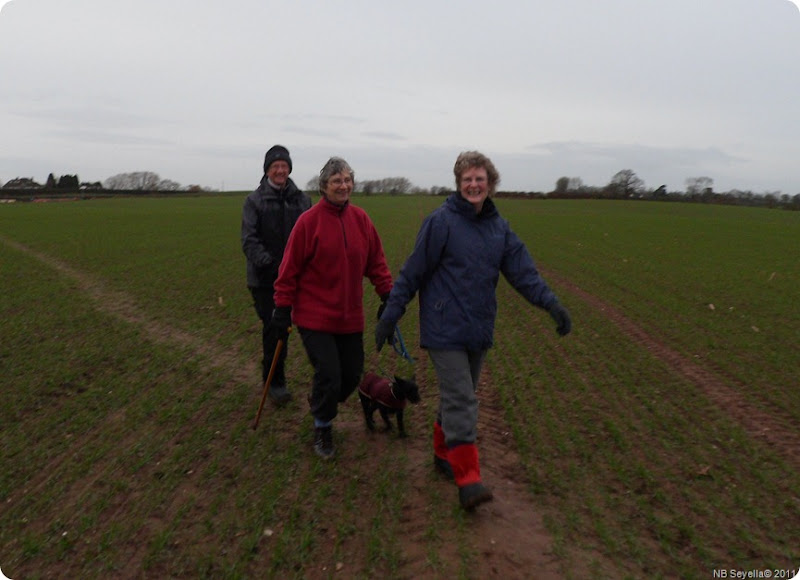 The moated platform which used to support the 14c Norbury Manor 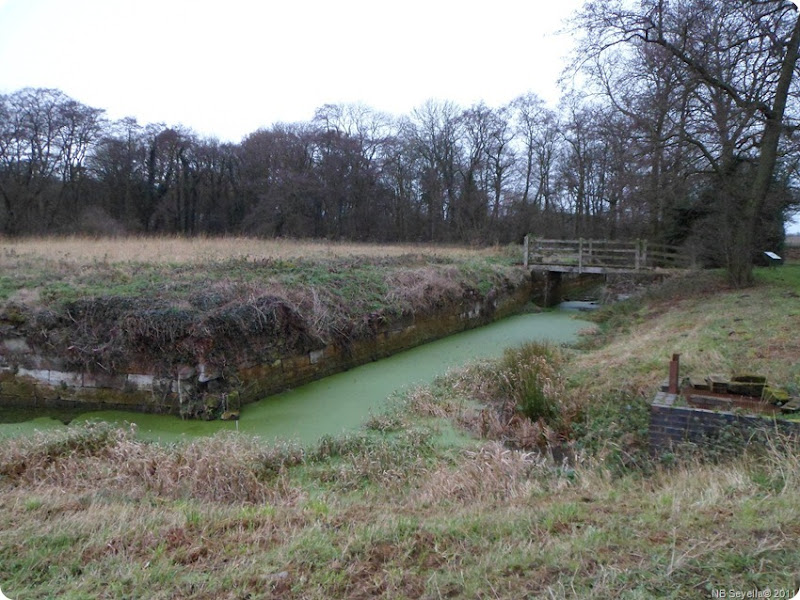 The Manor was demolished in the 19c.

We rejoined the canal at High Bridge, the much photographed structure with a telegraph pole on web in the middle. Sorry, slightly out of focus. Every so often I get the settings wrong on the new camera...