By the first half of the 19c most of the long distance water routes had been established. Construction was still progressing, but this was mainly confined to arms and branches linking to the main routes, rather than extensive new projects. Investment had, to a degree, dried up as the good financial returns from the original canal schemes started to dwindle, and entrepreneurs started to look elsewhere for ways of making money. There was a new-fangled transport system slowly appearing, the revolutionary railway. 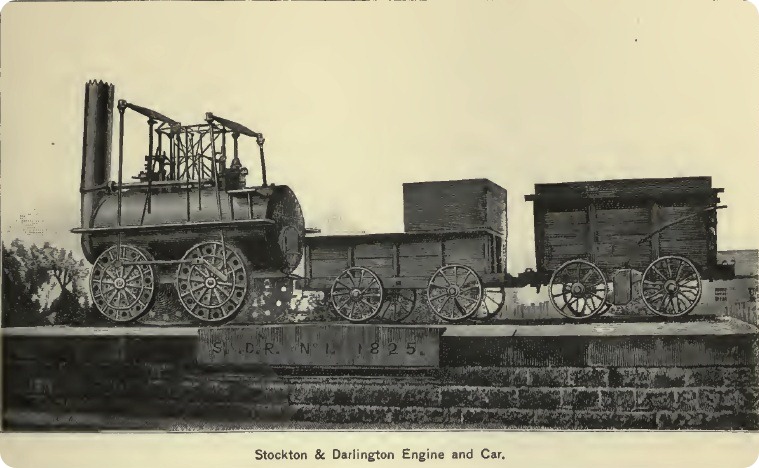 Early in the century several collieries were using steam trains locally, and it was only a matter of time before someone had the bright idea of long distance haulage by rail. George Stephenson built Locomotion No1 to run on the Stockton and Darlington Railway, and it was an immediate success.

On it’s inaugural run on 27th September 1825, it pulled 33 wagons carrying a mixed load of coal, flour and passengers the 26 miles at up to 12 mph. The writing was on the wall; the death knell had sounded for commercial waterborne freight. By 1850 6000 miles of track had been laid in England, often linking destinations in direct competition to the established canal routes. The boats couldn’t compete and for many canals carrying swiftly declined. There were some co-operative enterprises, railway companies bought up some canal routes to operate them in tandem with rail. And some routes were never going to be replaced by railways.

Some large canal projects were still in the future, notably the Manchester Ship Canal and the South Yorkshire Navigations, but for the narrow canals that enabled the Industrial Revolution to get started the end was in sight.

There were, however, some people who could still see a future in canal carrying, and a proposal was made to build a new waterway to link up Birmingham with the north. From the Staffordshire and Worcestershire Canal to the old Chester Canal at Nantwich, the Birmingham and Liverpool Junction Canal would use the latest construction techniques to build a straight, fast water route for goods to and from Birmingham and the north. Out was the winding contour canal like the Staffs and Worcs, in was a straight route, with embankments and cuttings, and the necessary locks grouped together in flights as far as was practical to speed up traffic. An act to build the canal was passed in 1825, and construction finally finished in 1834.
It could have been a railway, but support for the, at the time, untried transport system was reluctant. The investors must have been crying in their beer with hindsight, but without that decision we would have been deprived of a great canal network, The Shropshire Union Canal.

Our little convoy has broken up for a few days. Chas took Moore2Life on almost to Wheaton Aston yesterday afternoon, leaving us and NB Rock’n’Roll at Brewood. We moved on today, leaving George and Carol to meet son Mark.

It was another bright start which rapidly went downhill, blue skies turned white then grey, and by 3 o’clock it was chucking it down. But we were tied up by then.

Just through the first bridge we encountered a fishing match, the first of three today. Often the anglers resent the intrusion of boats, but they were friendly and chatty. 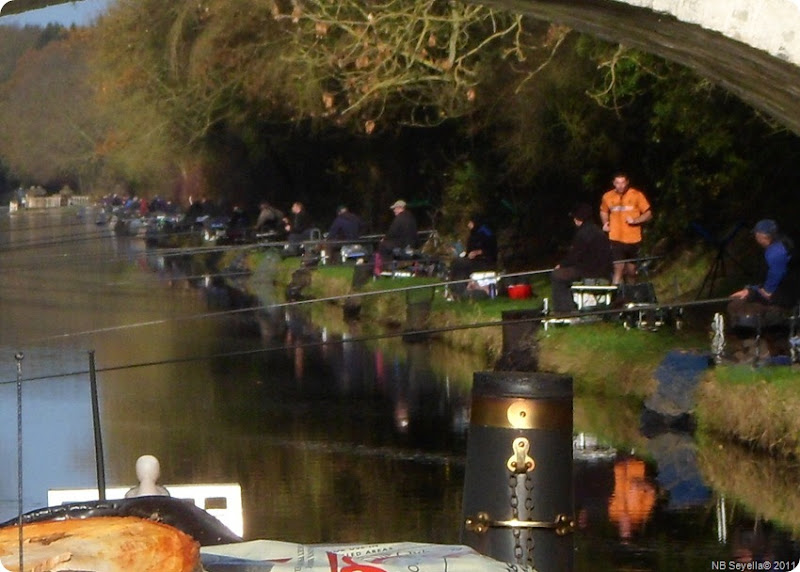 There was almost of mile of them, from Bridge 15 right up to Stretton Aqueduct.

Stretton Aqueduct over the A5 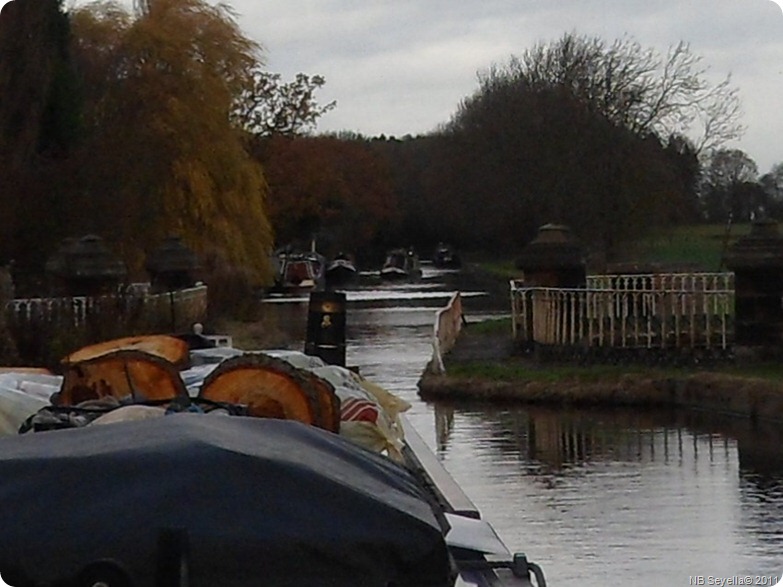 That way is Gailey wharf, all of 3 miles away. It’s quicker by road…. 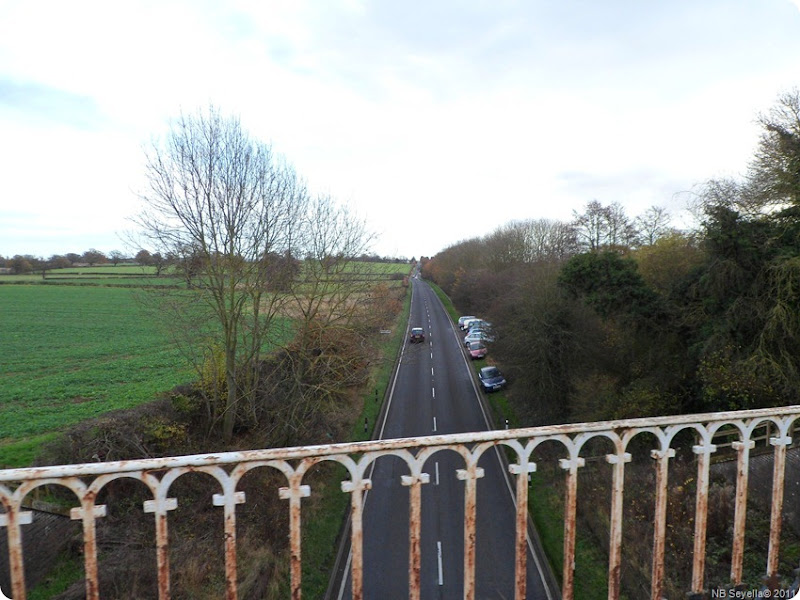 There were some more fishermen lurking in Lapley Cutting, but these were generally pleasant too. 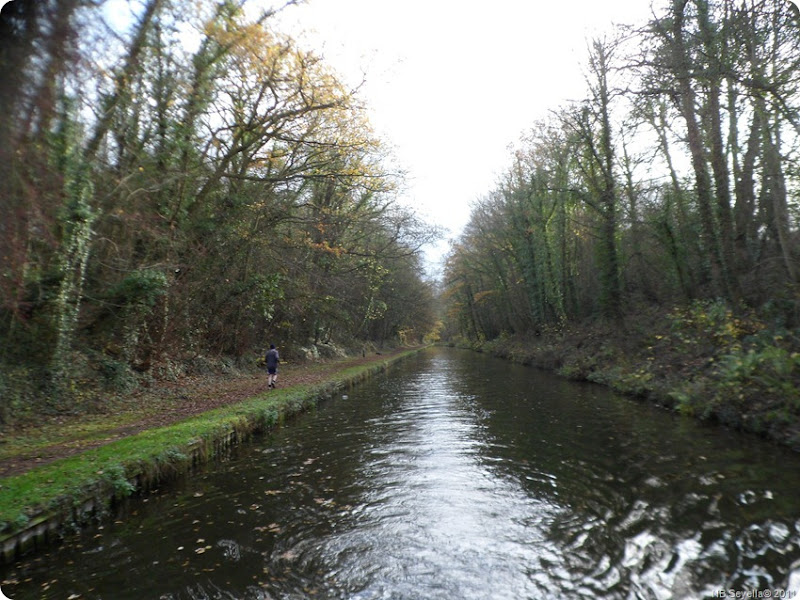 This chap wasn’t very communicative, but at least he didn’t clear off like most of his family are wont to do! 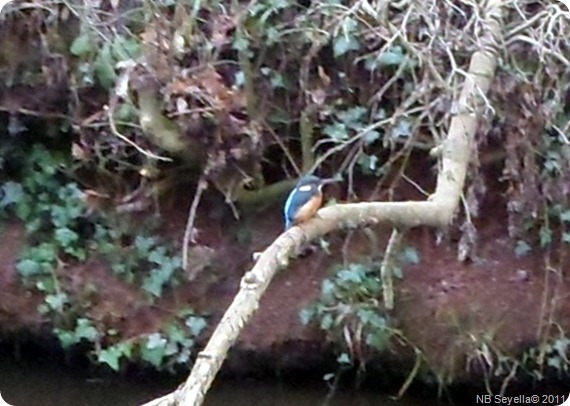 We arrived at the top of Wheaton Aston Lock, giving Chas a toot on the horn as we came past. He wanted to go down the lock, so we sent him down first…. 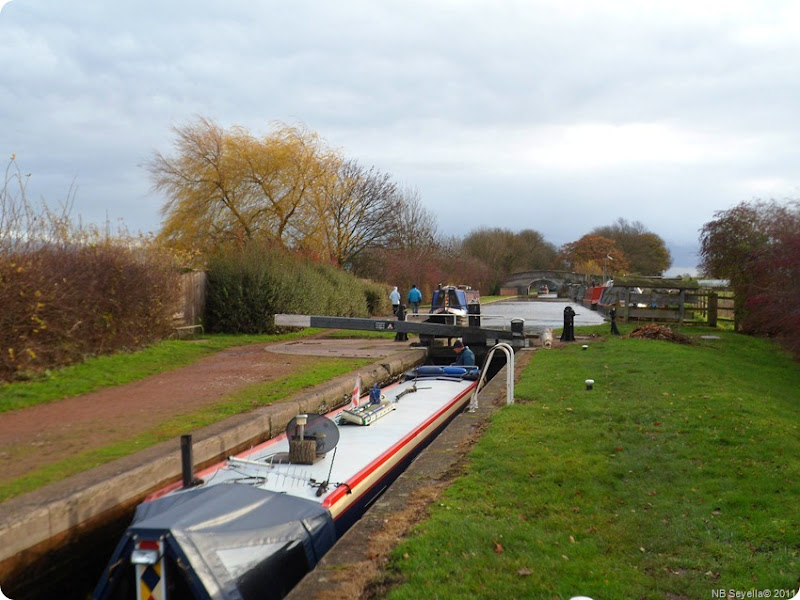 We both pulled onto the services, then, tanks topped up and emptied as required, we pushed on, leaving Chas to moor opposite Turners Garage. Ann is due back tomorrow afternoon, and she’ll meet him here.

We gave NB Go For It a shout as we came past. Another blogger, we’ve been seeing them a lot recently as they’re heading the same way as us.

NB Go For It 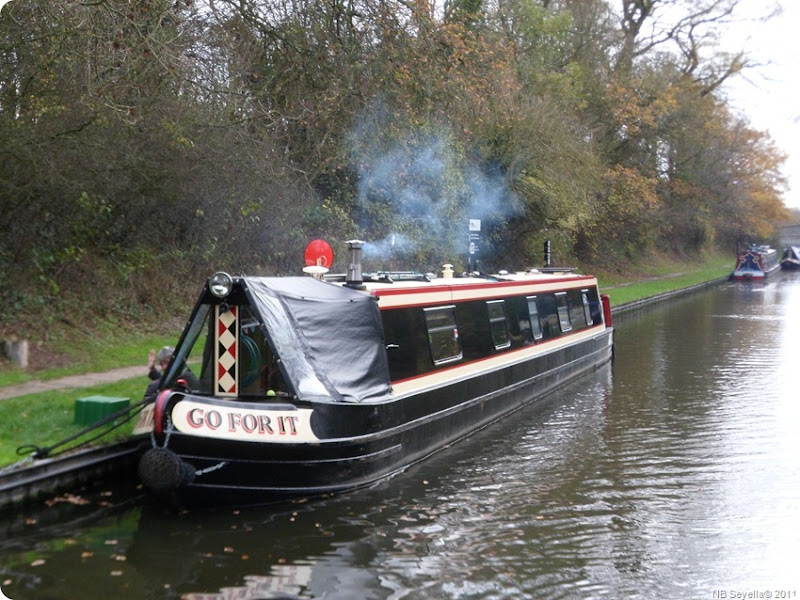 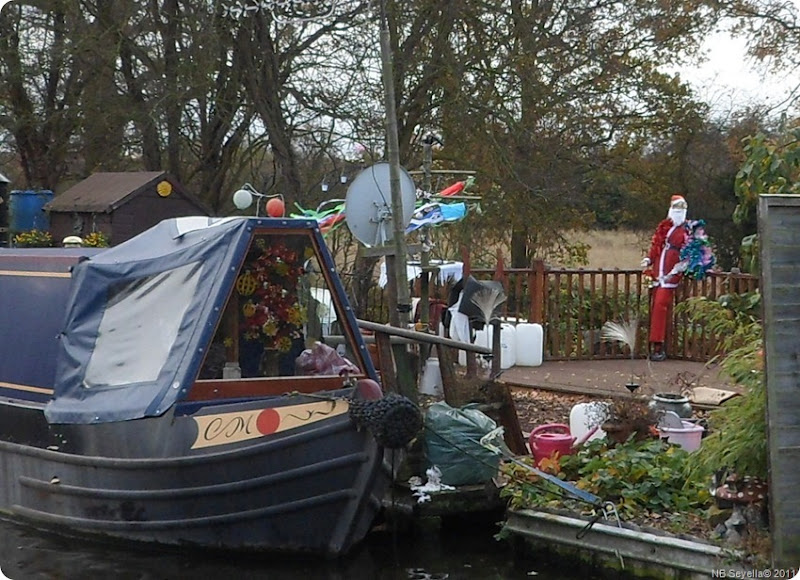 Two miles on, across one of the high straight embankments, we slowed down for yet another batch of anglers in Rye Hill Cutting, then pulled in just before Little Onn Bridge. We’ll stay here for a couple of days, to reassemble the convoy. 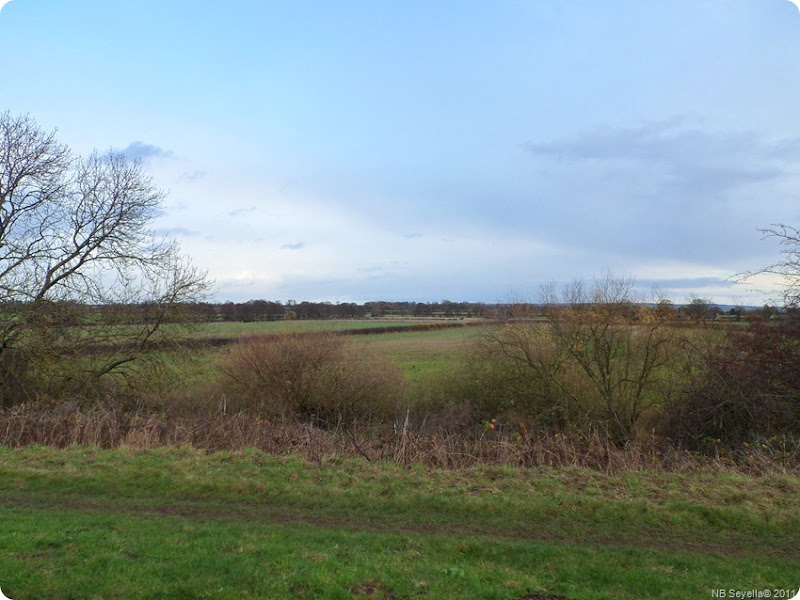 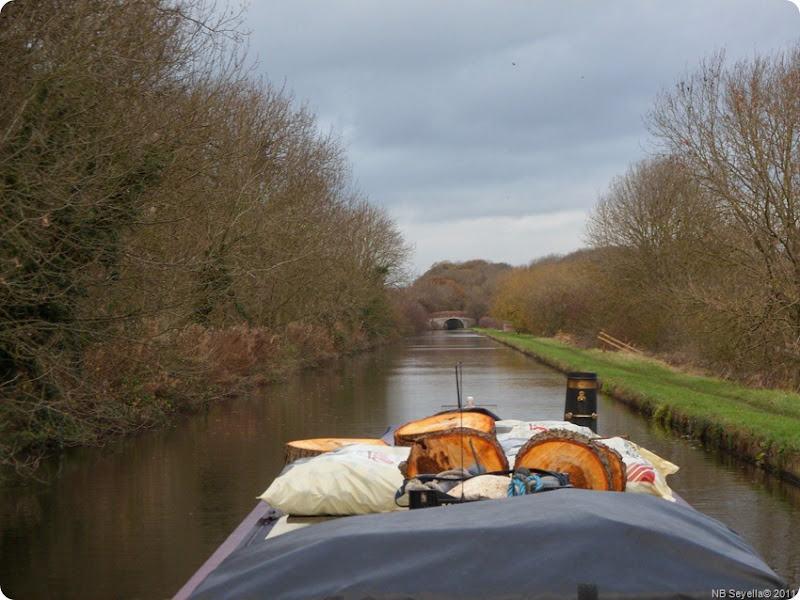